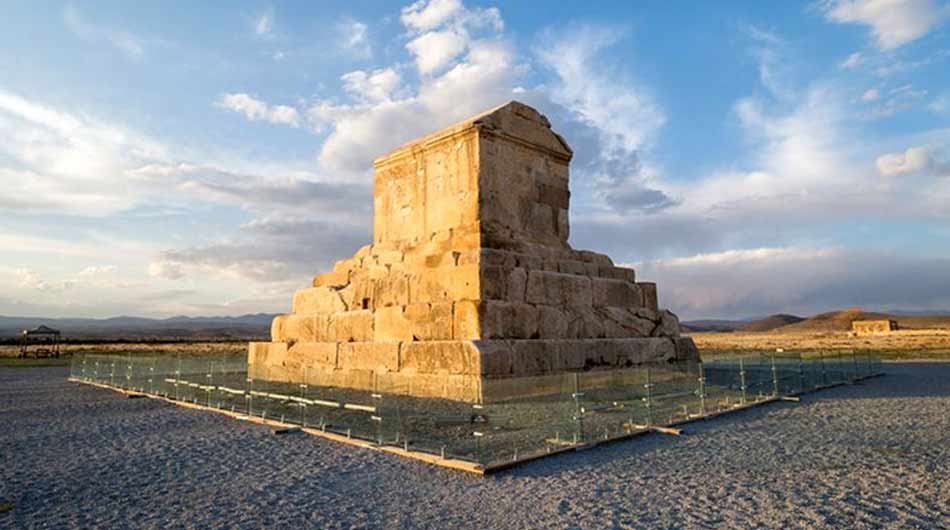 The Tomb of Cyrus is the monument of Cyrus the Great approximately 1 km southwest of the palaces of Pasargadae. The most extensive description based on a lost account by Aristobulus, who had accompanied Alexander the Great on his eastern campaign in the late 4th century B.C., is to be found in the Anabasis of Arian. written in the 2nd century A.D. it is a monument thought to have once housed the corpse of Cyrus the Great, the founder of the ancient Achaemenid Empire. It is now a UNESCO-listed town in Iran. 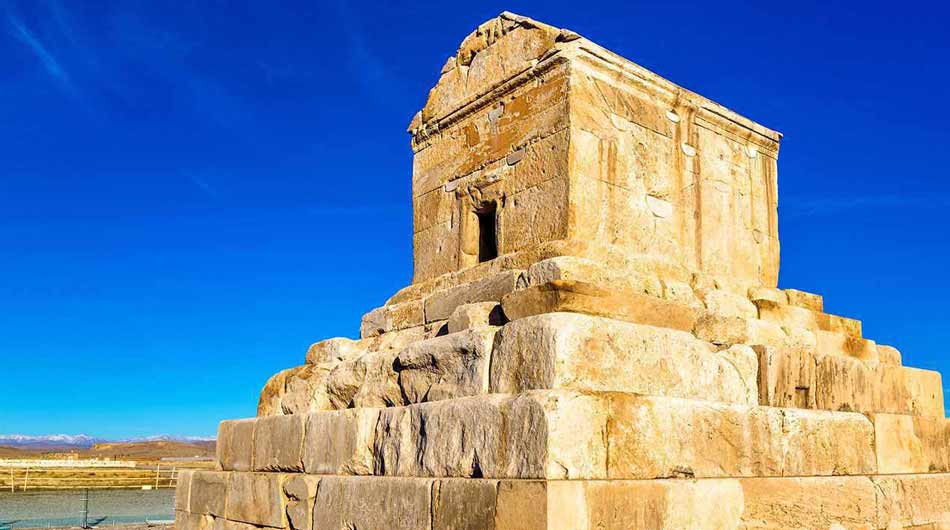 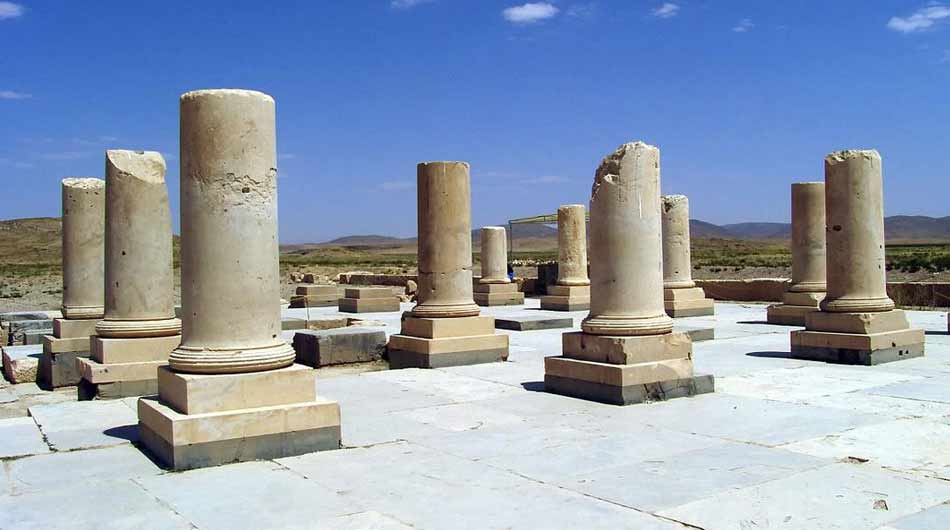 The Tomb of Cyrus in Iran was first rediscovered by Alexander the Great during his campaign across the Middle East. When Alexander arrived at the site it was said to have contained a golden bed, coffin, dinner setting, and a number of bejeweled items. There was also reportedly an inscription saying that it was in fact Cyrus who was buried at the site, although this evidence has never been found or verified. Despite the lack of evidence to verify that Cyrus is buried in the tomb, it is largely believed to be the case. However, it has never been conclusively proved that this is indeed the tomb of the great Persian king. In fact, it was thought at one point to have been the tomb of the mother of the prophet Sulayman, accounting for various additions such as its carved mihrab, added in the 1970’s. 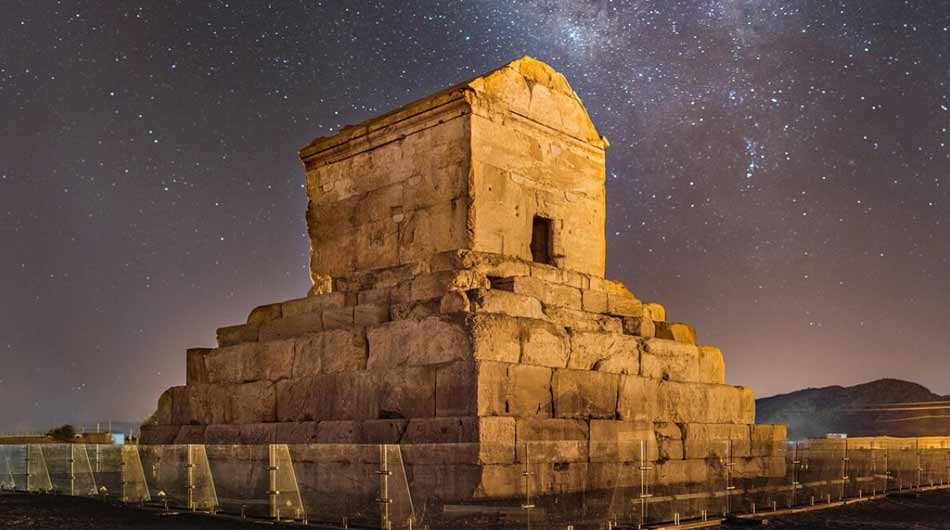 According to the records by the ancient Greek historian, Aristobulus: “The tomb – in the lower parts was built of stones cut square and was rectangular in form. Above, there was a stone chamber with a roof and a door leading into it so narrow that it was hard and caused much distress for a single man of low stature to get through. In the chamber lay a golden sarcophagus, in which Cyrus’ body had been buried; a couch stood by its side with leel of wrought gold; a Babylonian tapestry served as a cover and purple rugs as a carpet. There was placed on it a sleeved mantle and other garments of Babylonian workmanship . . . Median trousers and robes dyed blue lay there: some dark, some of other varying shades, with necklaces, scimitars, and earrings of stones set in gold, and a table stood there. It was between the table and the couch that the sarcophagus containing Cyrus’ body was placed. Within the enclosure and by the ascent to the tomb itself there was a small building put up for the Magians who used to guard Cyrus’ tomb.”

Restoration works started in 2003 and continued to October 2008. The tomb chamber itself, built from white limestone, is two meters wide, two meters high, and three meters deep. It once contained a gold sarcophagus, Cyrus’ arms, his jewelry, and a cloak.Cyrus the Great Day, also known as Cyrus Day, is an unofficial holiday in Iran that takes place annually in the Tomb of Cyrus on October 29th, 7th of Aban on Iranian calendar, to commemorate Cyrus the Great. During Nowruz, the Persian New Year, celebrations are held annually around the tomb by Iranians which gather from all around the country. Iranians respect Cyrus the Great as the founder of Iran and the Persian Empire.

One thought on “Tomb of Cyrus”