Kashan is one of the primary centers of civilization since prehistoric ages, home to human settlements since at least the 4th millennium BC, and the epitome of everything that is typically Persian, from its mosques, caravanserais and stately paradise gardens, to its carpets, ceramics and delicate embroideries. The main highlights include:

Tepe Sialk an early settlement that has revealed a great variety of pottery shapes found partly in burials.
Jami‘ Mosque of Ardestan a supreme example of 12th-century mosques with splendid patterns and designs, the first mosque constructed on a four-ivan plan from its initial stage of construction.
Fin Garden a Royal residence providing an authentic example of the Iranian garden design and architecture.
Jami‘ Mosque of Natanz among the finest 14th-century mosques in Iran adjoining the stunning portal to a once Sufi shrine complex of the same period with a unique design that emanates elegance and charm.

Tabatabaei’s House a fine example of 19th-century traditional house focusing on its individual courtyards contrived to be invisible from the street.

Jami‘ Mosque of Nain a marvelous 10th century mosque with original brick columns and decorative stucco in the heart of the ancient town of Nain, an important center renowned for its elegant carpets.

Borujerdi’s House a 19th-century residence with a beautiful stucco dome and superb wall paintings, inlaid mirror work, and best surviving wind-towers.
The Historical Village of Abyaneh known for the warmth and hospitality of its people living a traditional way of life with little cultural interaction with the outside world. 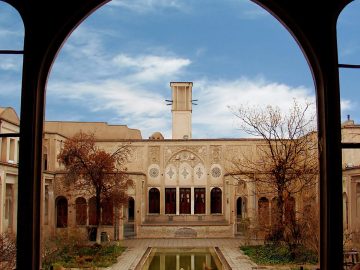 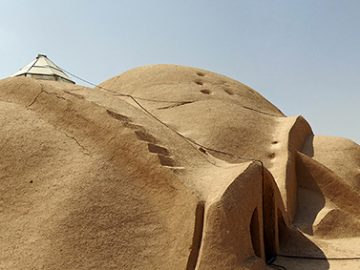 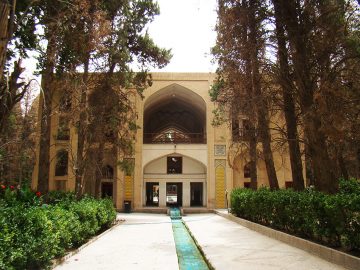