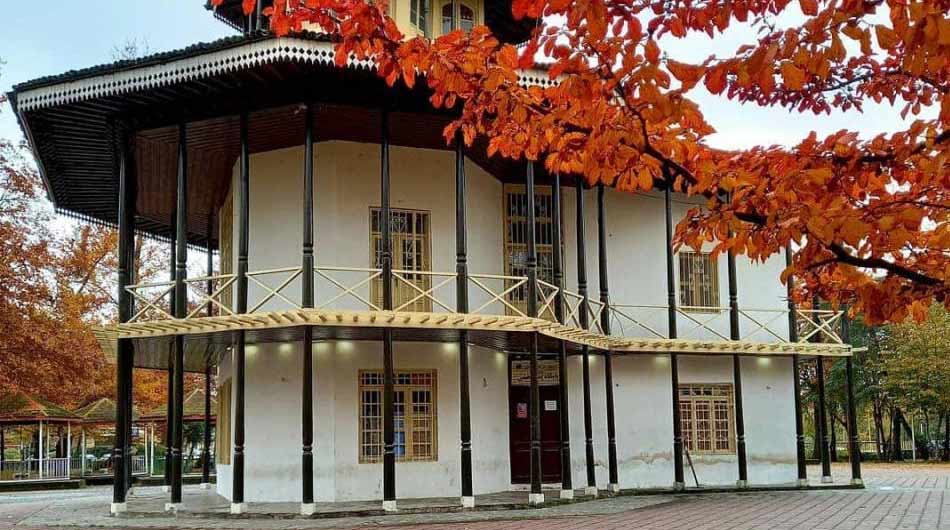 Mohtasham Garden, also known as the “City Park”, is the oldest park in Rasht. This park is located on Hafez Street in the south of Rasht, next to the beautiful Gohar River. In the past, people went fishing in this river. Mohtasham Garden is the main park and the major recreation center for the residence. It was built during the Qajar period (1794-1925). The oldest park in Rasht, in the north of the country, is home to the ornately-built mansion amidst the parkland. 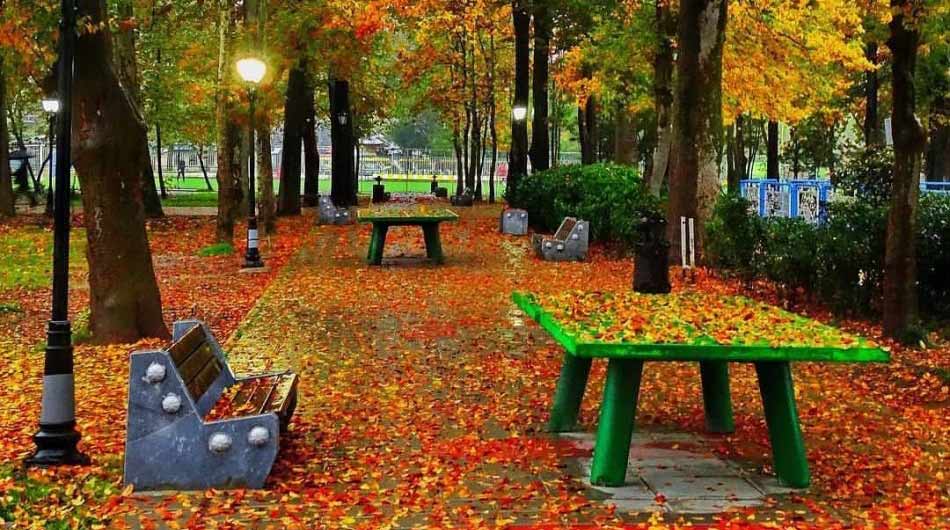 Rasht is the capital of Gilan province. It is one of the most beautiful cities in Iran. This city is the largest and the most populous city on the southern shores of the Caspian Sea. The sea is about 25 kilometers away from the city. If you are planning to travel to this vibrant city, one of the places you should visit is the Mohtasham Garden of Rasht. 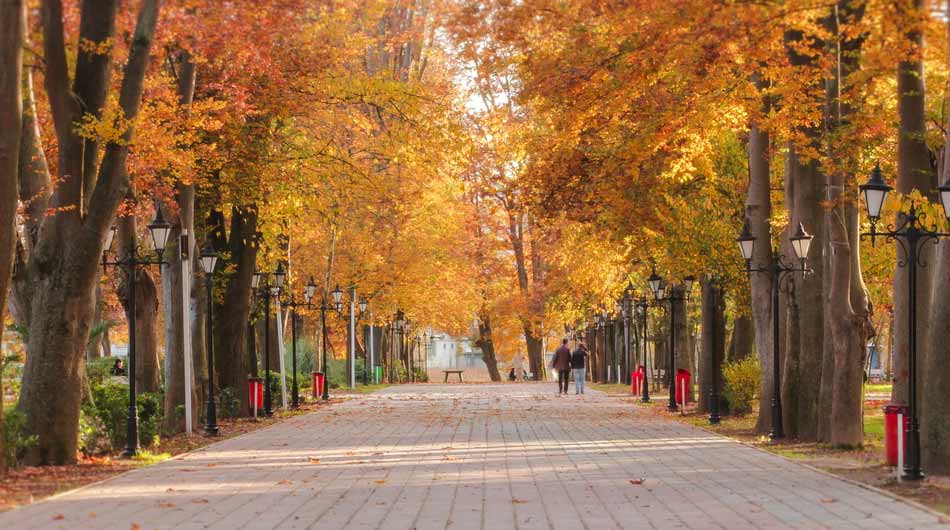 Sophisticated Rasht, capital of Gilan province, has long been a weekend escape for people looking to sample the famous local cuisine and hoping for some pluvial action – it’s the largest, and wettest, town in the north region. People use it as a base to explore the amazing Qal’eh Rudhkan and photogenic Masuleh, but if they linger they’ll discover a vibrancy among its young population that’s quite infectious.

The Mohtasham garden’s area exceeds 140,000 square meters featuring thousands of trees and paved pathways. What amazes you when you step into the garden is the orderly and organized distance between trees and finely developed pavements through the garden. Built at the time of Mohammad Khan Akabar Sardar Mohtasham, the governor of Gilan and proprietor of the property, in 1909, the Qajar-style mansion boasts a pleasant atmosphere.

The small and thin seedlings that were planted at that time by his order, have turned into gorgeous large trees now. At the same time, they paved the inside of the garden and built a magnificent summer mansion in the center. They called it Kolah Farangi Mansion. Akbar Khan was the supervisor of whatever his people carried out to construct the garden. After Akbar Khan Bigler Beygi passed away, the garden and the summer mansion inside it passed to his only child, his daughter. She was married to her cousin Sadegh Khan Akbar Mohtasham al-Mulk. So from then on, they called the garden, Mohtasham Garden. With the rise of the Pahlavi dynasty, during Reza Khan’s reign, the government seized the garden in exchange for exorbitant tax debts. From that date on, this garden became the City Park of Rasht, which was open for the public.

From far, the manor might sound a three-storey building but it is in fact a four-storey structure. The ground and first floors are encircled by 18 wooden pillars. They each have 2 rooms technically built to ventilate and catch sun rays. The multi-sided house looks beautiful not only from out but when you are in. With its windows overlooking the peaceful garden land and pools hosting many birds and dazzling yet unsophisticated architecture, the edifice is worth a visit. No one could ever believe that plain bricks, wood, and plaster can come together to create such an impressive construction.

One of the most beautiful parts of this stunning garden is its Kolah Farangi Mansion. It is a relic from the Qajar period. The mansion with the outstanding view around it is one of the most important tourist attractions in Rasht. They used brick and wood as the main materials for the constructions. This great summer building has a 360-degree balcony. You can see a great view everywhere you turn. The building was once the residence of government officials and dignitaries of the country. But throughout history, it has had many other uses. For example, Kolah Farangi Mansion has been used as a chess house, a restaurant, and also as a traditional arts training center.