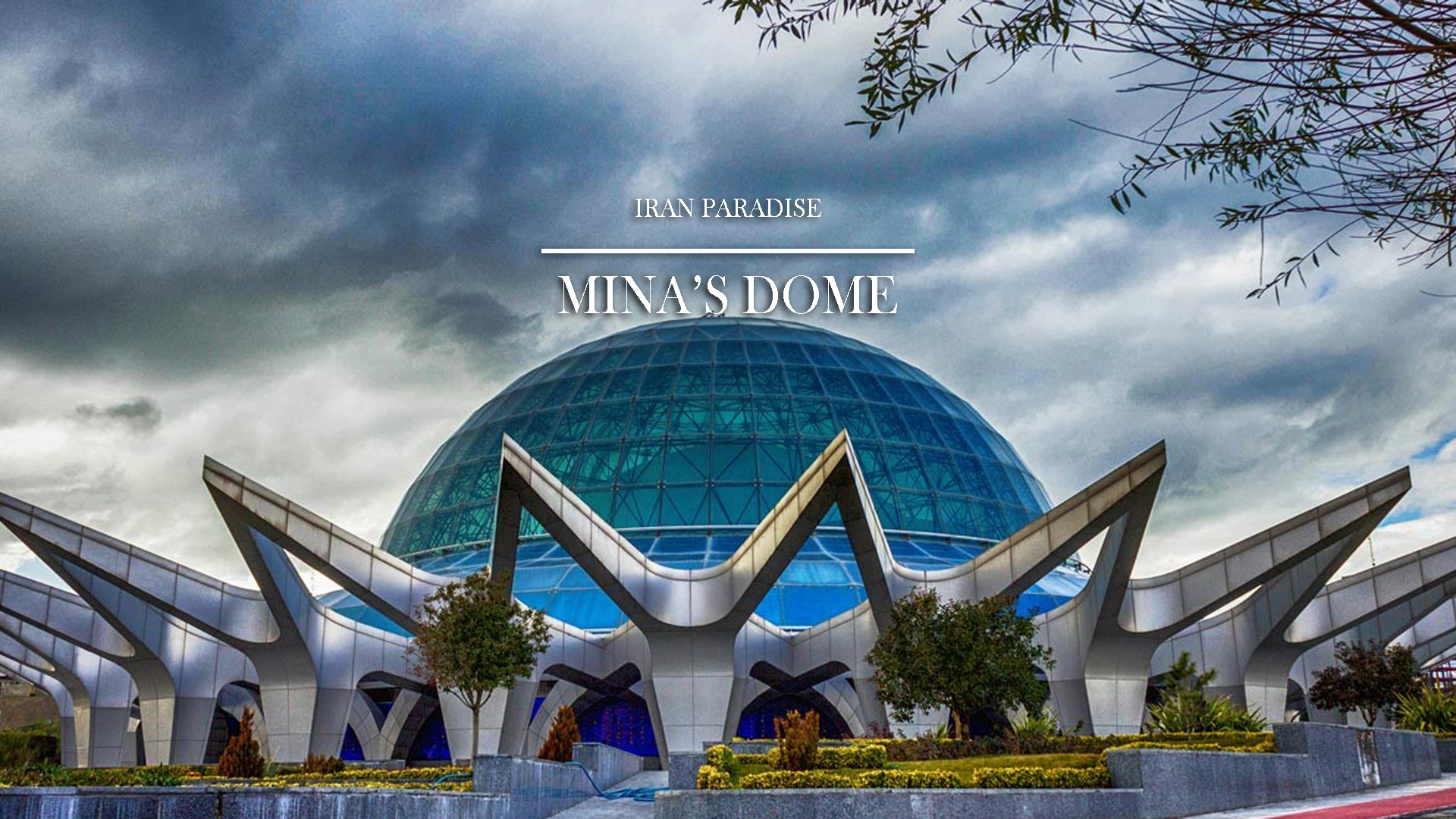 Mina’s dome is one of the biggest planetariums in Iran. The idea of building such a skyscraper was put forward in 2008, and seven years later, with great effort, the complex was put into operation in 2014.

It’s also the biggest planetarium in Middle-East which is located in the Abbasabad Hills area of Tehran and is designed to show the night sky in all its glory – even during the day. Users can see celestial bodies, view a 3D show of the stars and educate all about our solar system.

The dome developed and built by the local municipality is located just beyond the Water and Fire Park and acts to enhance the large green area with its unique attractions.

Discovering the sky and everything that goes on in the solar system is an amazing feeling that everyone would enjoy. Mina’s dome complex simulates the sky in the night and answers all the questions you may have in this area and that’s why it’s called a planetarium.

A planetarium is a theatre built primarily for presenting educational and entertaining shows about astronomy and the night sky, or for training in celestial navigation.

You don’t need to know astronomical things to fall in love with the sky. The world that surrounds us has many secrets and unknowns, and everyone seeks out these secrets as much as their own knowledge, science and experience.

The People who have found the answer to every question about the universe have taken the world a step further and made it easier for human beings today, However, there are still many questions about the land we live in and the sky above us, and answering them requires the efforts of those interested in these fields, but this is simply one of Skyscrapers of our country are available, where questioning minds can find the answers to their questions, and from the environment around them, the land on which they live, the space and sky that surrounds them, and much more, information Attractive.

The planetarium, which is one of a kind and the largest in the Middle East, offers visitors a view of the sky projected on the ceiling. There is a projector at the center of the planetarium and separate projectors for the Sun, the Moon and other planets and stars.

The ceiling of the building is built as an old traditional dome which has two layers. It includes a reticulated metal ceiling from outside and an internal one that’s the ceiling of the planetarium.

The entrance of Mina’s dome is like a small gallery filled with the pictures of all the sky masses and in the internal decoration there are beautiful pillars with the solar system statues among them.

There are so many screens and monitors showing pictures and videos related to the astronomy, biology and astrophysics.

There are lots of amazing ideas relating to traditional Iranian architecture and literature concepts in the structure of Mina’s dome. When you look at the dome the first thing that comes to mind is a shining sun which is one of the symbols of architecture in the Iranian archaeology.