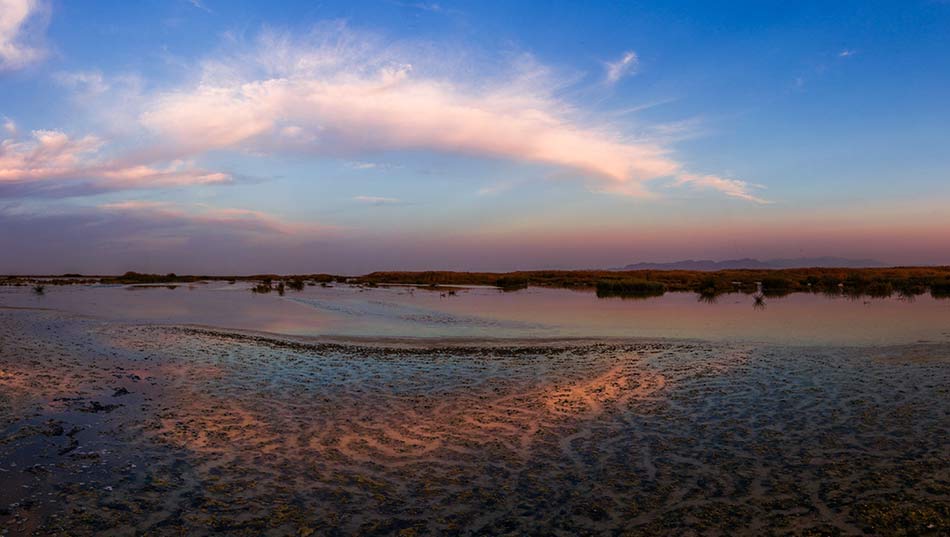 Arak city is not a historical one as such. It used to be called “Soltanabad”. Generally it has been an industrial city. Thus it has at most 300-year-old houses and markets. “Meyghan” pond, for nature and bird visitors, is a special place to visit 27 species of rare birds. “Khurhe” is a mineral, free-formed lake containing Sulfur compounds and has healing properties. The carpet of Arak is one of the most famous carpets in Iran. 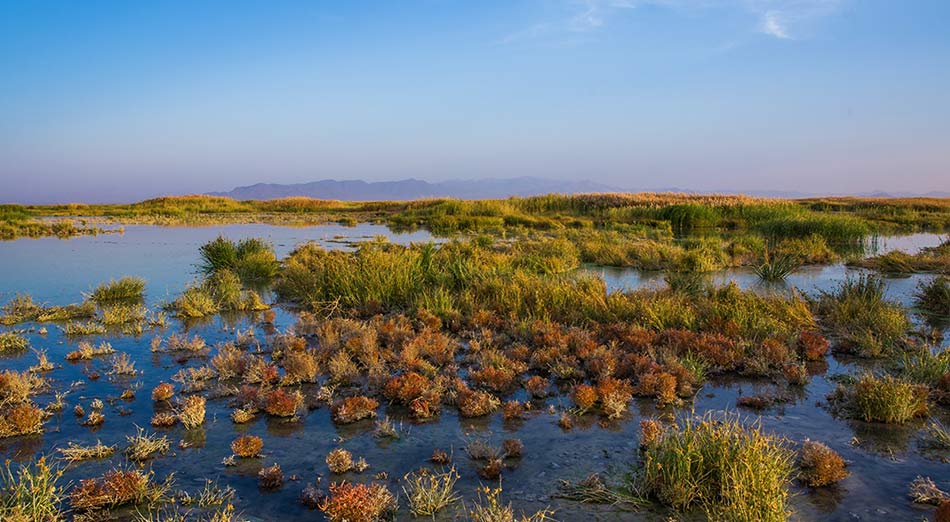 Meighan desert Pond is located in Markazi province, 12 km northeast of Arak, at the lowest point of the plain of Arak region, near the tourist villages of Rahzan, Deh Namak, and Tarmzad. The word of Meighan means believing or what anyone who hears believes. Lake Meyghan is one of the largest and commercially most important salt lakes in Iran. Despite its inland location and high altitude, Lake Meyghan has a thalassohaline salt composition suggesting a marine origin. Inputs of fresh water by rivers and rainfall formed various basins characterized by different salinities. Archaeologically, it dates back to the Paleocene, in which it was formed due to the movement of surrounding tectonic plates. 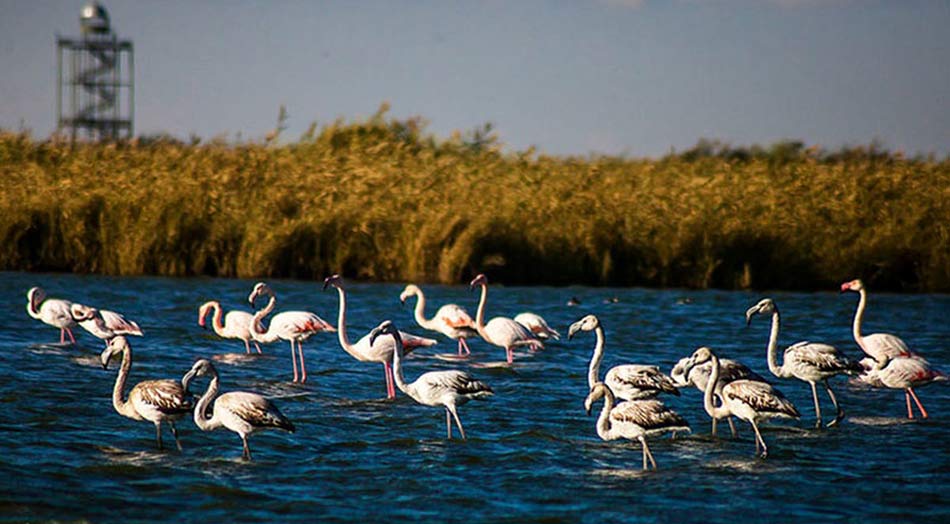 Mighan wetland is among the most important sites for ecotourism and bird-sighting in the country, which is home to over 130 migratory bird species, including cranes, ducks, flamingos, and geese. Every year, when the autumn begins, birds migrate up to thousands of kilometers returning to the same place they migrated to last year. 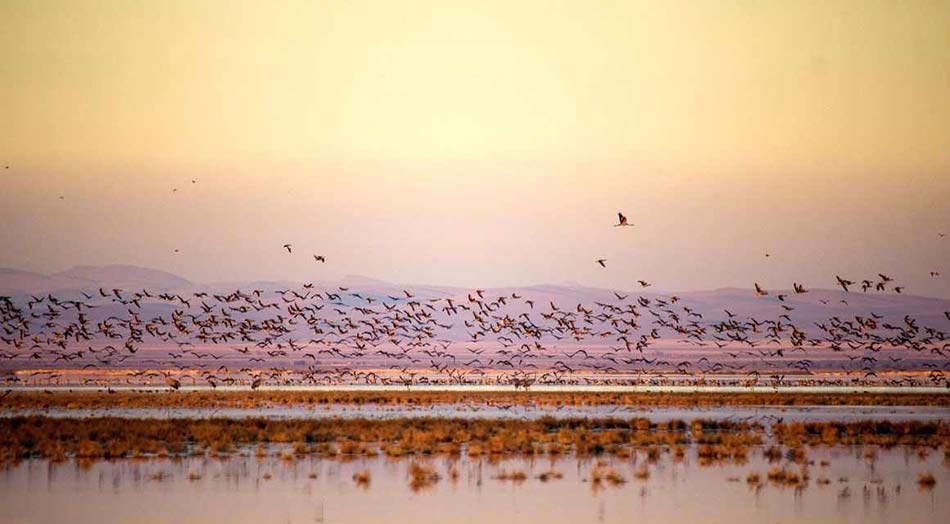 In terms of tourism, this pond is one of the most important centers of nature tourism and bird watching in the country. One of the reasons for the importance of this Pond is the high population of Dorna (an especial beautiful bird) in the pond compared to other habitats in the country, which annually inhabit 11,000 Dorna in the pond, as well as 10,000 Khotka and 5,000 Flamingo, etc have been observed in this area. Meighan pond alone contains 68% of the birds of Markazi province and 27% of the birds of the country. 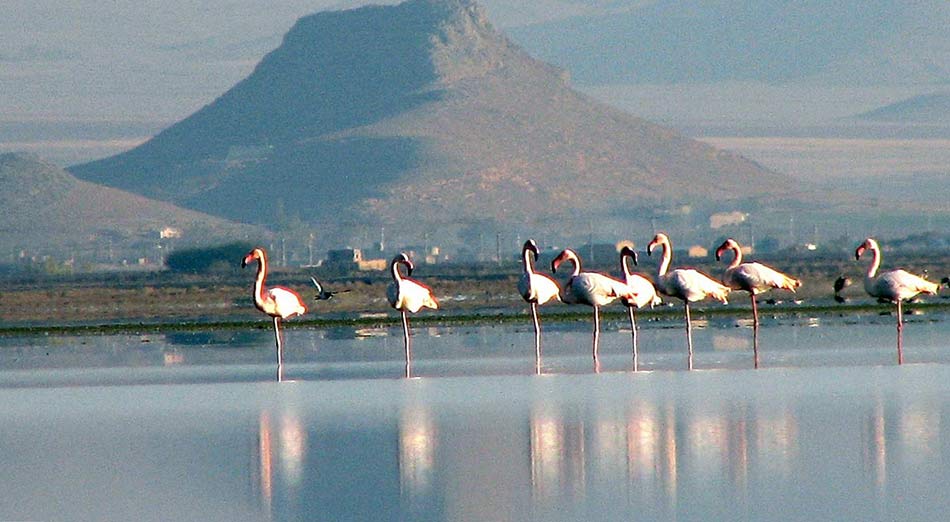 High temperatures, food shortages, and habitat destruction are the main causes of their migration, but despite the fascinating view they on the wetlands and ponds, sometimes increase the risk of avian influenza transmission.  The veterinary office and the provincial department of the environment (DOE) are responsible for controlling these outbreaks when occurs. 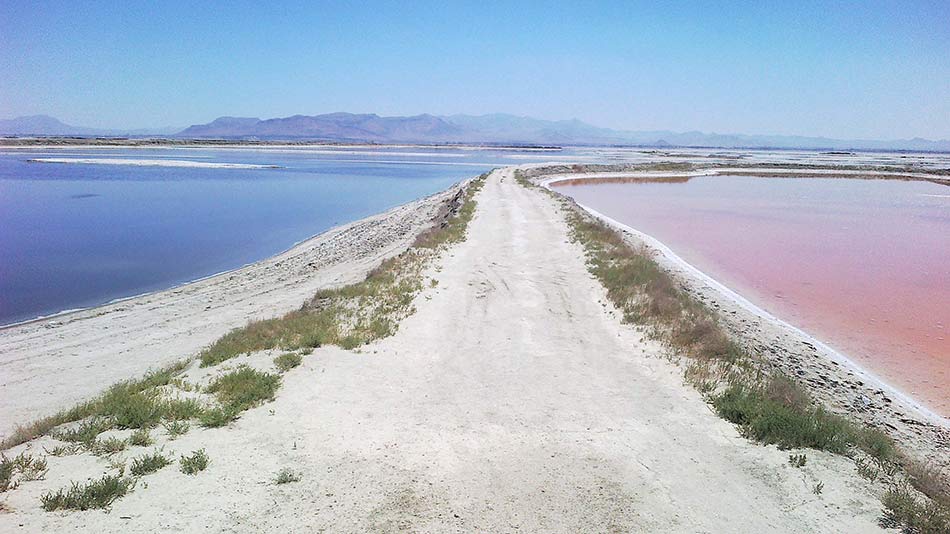 In addition to birds, mammal species such as wild animals such as wolves, foxes, snakes, and lizards live in this desert and saltwater algae are other living things in the lagoon and its surroundings. Around the lake and desert, most of the salt plants are known as Qare Dagh. This plant, which is native to the region, is known as the Hero of the desert. Meighan pond is one of the important reserves of saline plants in the country.

Due to its size, ecological features and the extent of its impact on the climate of the region and the city of Arak, this pond is considered a sensitive ecologist and due to its fragile ecosystem, it became a no-hunting area in 2009 And because of the location of the city near the pond, water vapor rising from the pond surface will soften the air, increase steam and fog and have a positive effect on reducing dust transfer, but on the other hand, due to the location of the airport near the pond, cancel flights in winter.