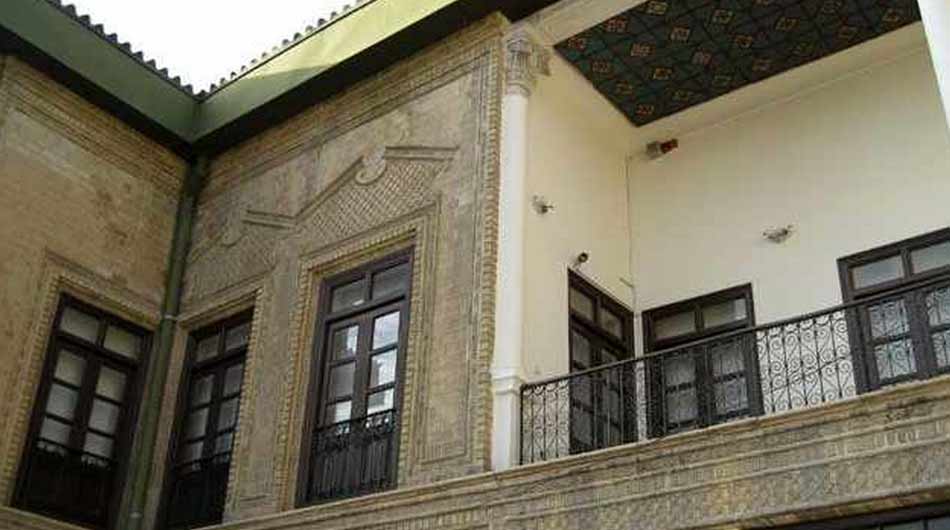 The archaeology museum is home to four of the fascinating ‘Saltmen’ mummies discovered over the years in the Chehrabad Salt Mine (now an archaeological site). The effect of the salt and the extremely dry air of the mine has preserved whole corpses, some with skin, hair and various organs intact.  Salt Men is the name given to the six mummies discovered in 1993AD at the Chahr Abad salt mine in Zanjan province. Being buried in salt has caused their bodies to be mummified naturally and have remained intact for thousands of years. Three Of the salt men found at Chahr Abad mine, are from the Achaemenid period (ca. 400 BC) and two other salt men are from the late Sassanid era (ca. 400 to 600 BC). Salt men are one of the most valuable and priceless historical discoveries in the world. 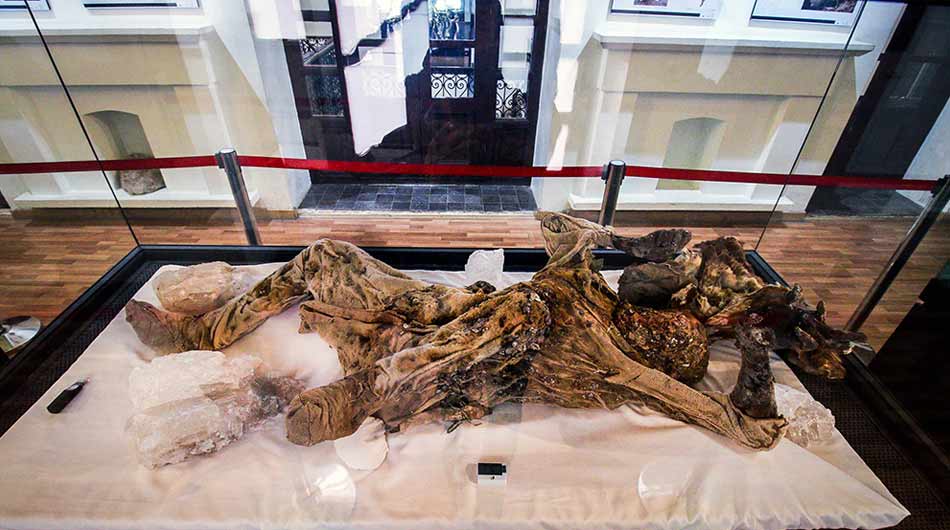 Zanjan Archeology museum includes three different parts such as Pre-historical time, historical time and Islam history time that in each part you can find things related to that time like Noore Soltanieh hill, pottery bowl, a place to keep flour, head of the arrow and simple swords, star-like tile, copper dishes and etc. One of the most attractive parts of this museum is the salt men museum. Zolfaghari building was once the residential and office building of the Zanjan ruler and consisted of various sections such as the inner and outer sections, but at present only the outer part of it remains and it is now known as the Mahmud Khan Zulfqari mansion. The Zolfaghari Mansion is a historical building located in one of the old neighborhoods of Zanjan called “Alti Dalan” on the north side of Sabzeh Meydan Square and Jame Mosque. In 2008 by transfering the collections of Chahr Abad salt mine, a temporary mummy museum was established in this place and in 2010 the first archaeological museum of Zanjan province was founded in Zolfaghari building.

The first salt mummy, dated to 300 A.D., was discovered in 1993, sporting a long white beard, iron knives and a single gold earring. In 2004 another mummy was discovered only 50 feet away, followed by another in 2005 and a “teenage” boy mummy later that year. The oldest of the salt men found is truly ancient and has been carbon dated to 9550 B.C. Stanford University’s folklorist Adrienne Mayor thinks there may be another layer to the already intriguing story of the salt men. She thinks the mummies may be the origin of the ancient myth of the satyr. “Obviously satyrs are mythic creatures,” Mayor said, but pointed out that the heads of the humans who had been preserved in the salt bear “a striking resemblance to ancient Greek and Roman depictions of satyrs.”

The study of the ancient mining and excavation tools found in the mine, together with information obtained from the Carbon 14 dating showed that the mine was active in the fifth century BC (Achaemenid era) and the mine had collapsed several times causing death of a number of miners.According to carbon 14 dating experiments, salt men number 3, 4, 5 were related to the Achaemenid period of about 2300 years ago, and salt men number 1, 2, were related to the Sassanid period, about 1500 to 1700 years ago.

While four salt men have been transferred to the Zanjan Archaeology Museum and one to the National Museum of Iran in Tehran (all can be seen by the public), the final salt man remains in-situ, half stuck in a mountain of salt. As of 2008, Iran’s Ministry of Industries and Mines canceled the mining permit for the Chehrabad Salt Mine and declared the site an archeological research center so more work could be done to look for and preserve other salt men.