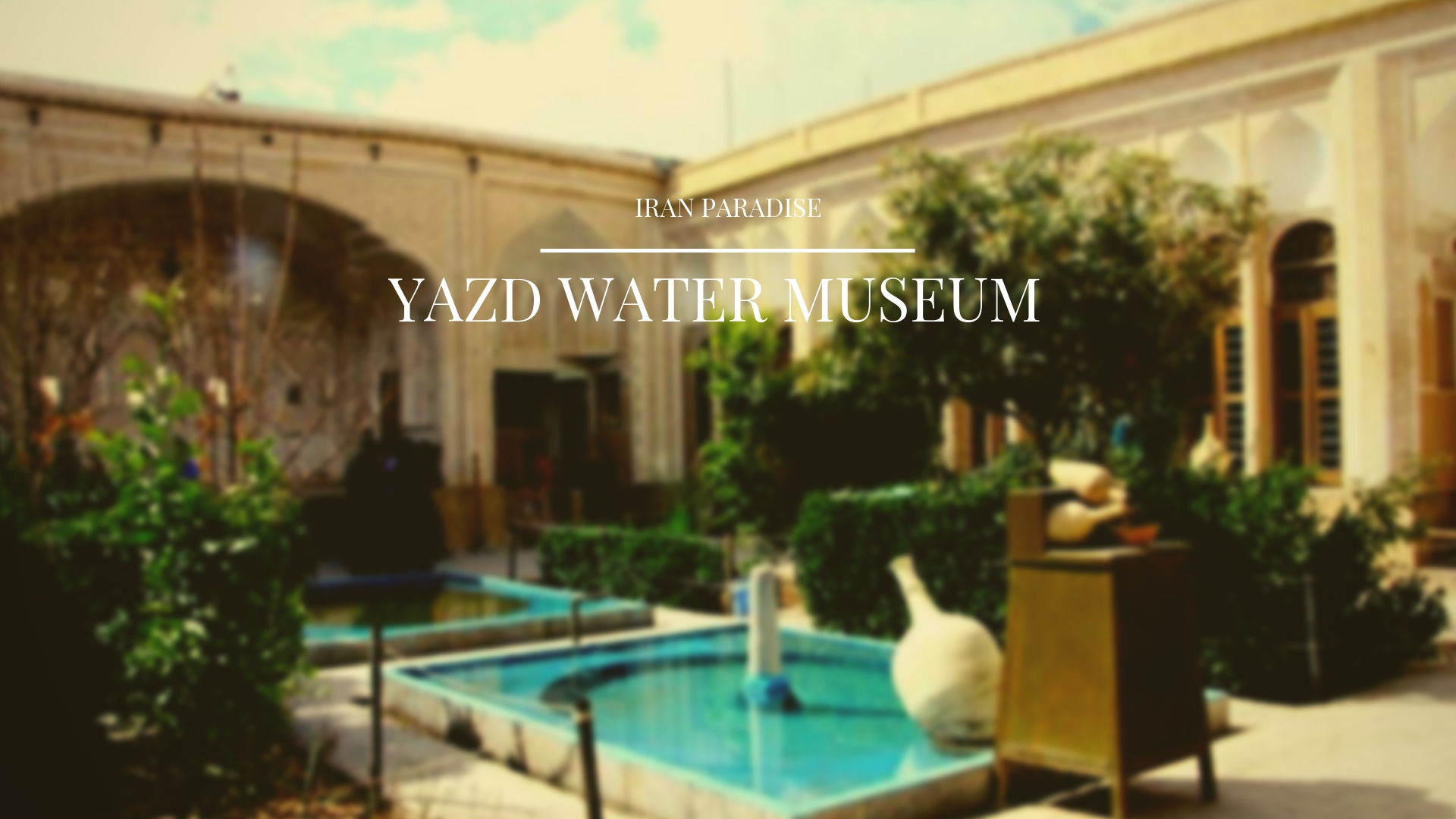 In the north of the Amir Chakhmaq Square and at the beginning of the Ghiam Street, one of the old houses is Yazd Water Museum, which you can see through the history of several thousand years of water. The Yazd Water Museum has been in the historic hometown of Kolahdozha (Hat makers) for many years and has been able to attract the attention of tourists. In 2000, at the same time as the first international conference of the Kariz, the museum began its work to show the value and importance of water in a desert region to people. Now many of these are known as one of the best museums in the world of water, where it is possible to recognize historical works and buildings in various fields related to water, and a little more about the history of this land. 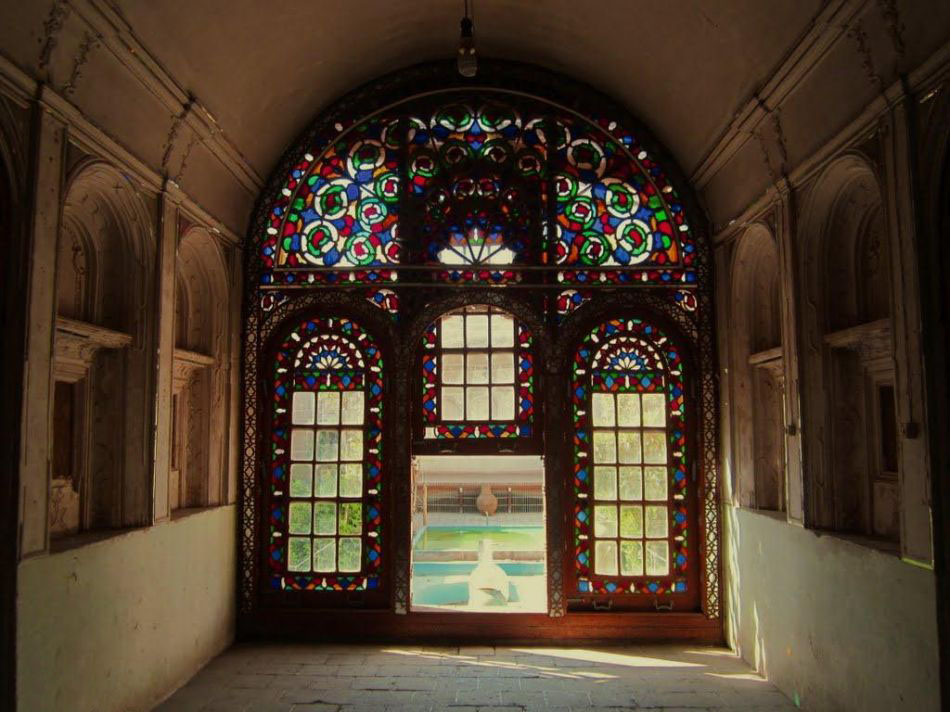 What distinguishes the Yazd Water Museum from other water museums is the passage of a hundred-year-old Kariz field, which once served the needs of people. In the five floors of this museum, you can see various works on water and how to use it in the past. From the first level or the lowest floor, passes through the two Kariz of Rahim Abad and Zarch. Nowadays Zarch qanat with more than 2000 years old and 75 km long is still active. The second level is shoal; it is part of any water structure that has the smallest hole and is also a place for washing dishes and clothes. The building is located at a depth of 10 meters and its space is octagonal. Enabling this area of constant temperature and a 14-degree difference with the environment has made it a good place to keep food in the past. Among these levels is the pond, which keeps the passage of the Kariz water from the air. 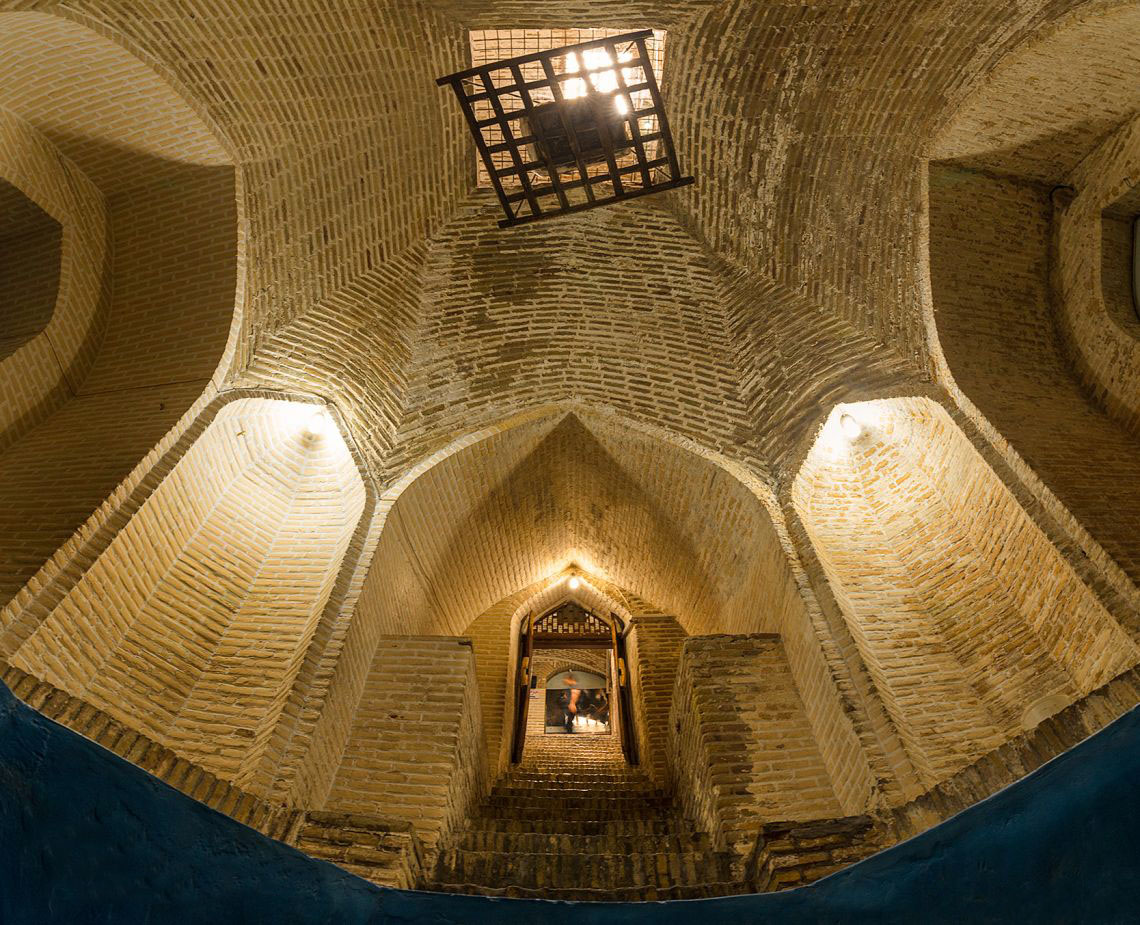 Food storage was also carried out in a specific way. At that time, they placed the food on a wooden plate and hung it in between the air and the earth. In the past, the passage of the aqueduct from this part made it cooler than other parts. Water does not flow in this area today, but the temperature difference can still be felt externally. On the third floor, we reach the basement, which has many rooms and corridors, and most of the warm summer days used by the family. The underground on each side of the yard and the under each room was special to one resident, and only that person used it in the hot season. On the fourth floor, we face the ground floor, where Panjdari rooms, a hall, an Erci room, a kitchen and a living room for the servants of the house are located. Mr. Kolahdoz and his wife, along with his daughter, two sons, their brides and two families of servants, lived in this house. 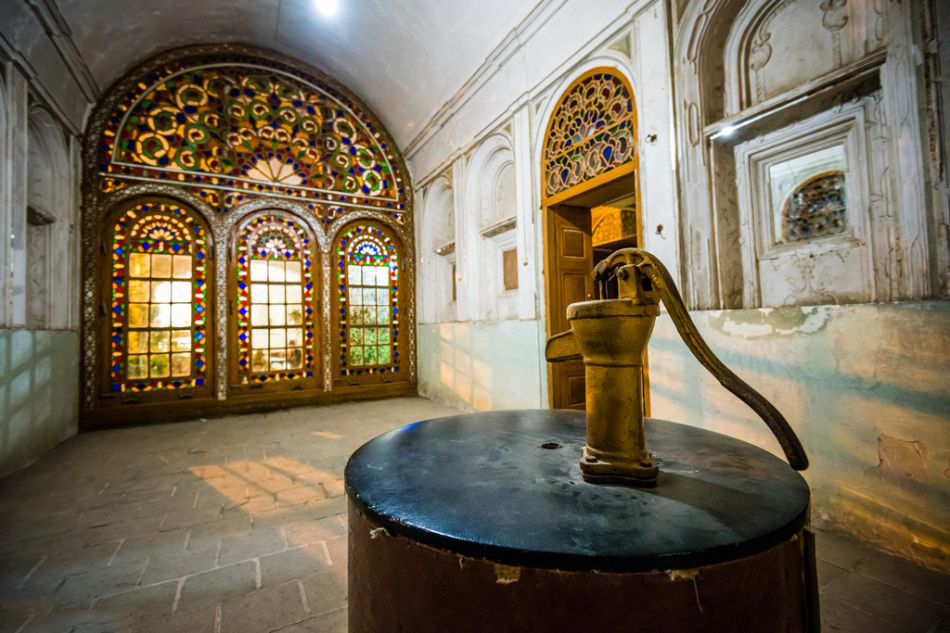 The fifth floor includes the roof of the house, which is called the well and the good wheel can be seen. Through this well and using a good wheel, they used water wells known as Forty Gaz and used for drinking and household sanitation. Two men were responsible for harvesting water from Qanats called Rahim Abad. They raised the water and drove it to the family on the ground floor. That’s why it says the house had a system like water plumbing about 150 years ago.

Iranian homes are attractive for enjoying eye-catching arts. The House of Kolahdozha is no different from this rule, and it can be considered as one of the glittering plasterwork. The house plasterwork has flowers, plants, and animals and makes the house a special view. The grounds for plasterwork on the fourth floor are grounded in mud and have a special sheen. Artistic windows and colored glasses are among the other beauties of this house, which have created a colorful world. 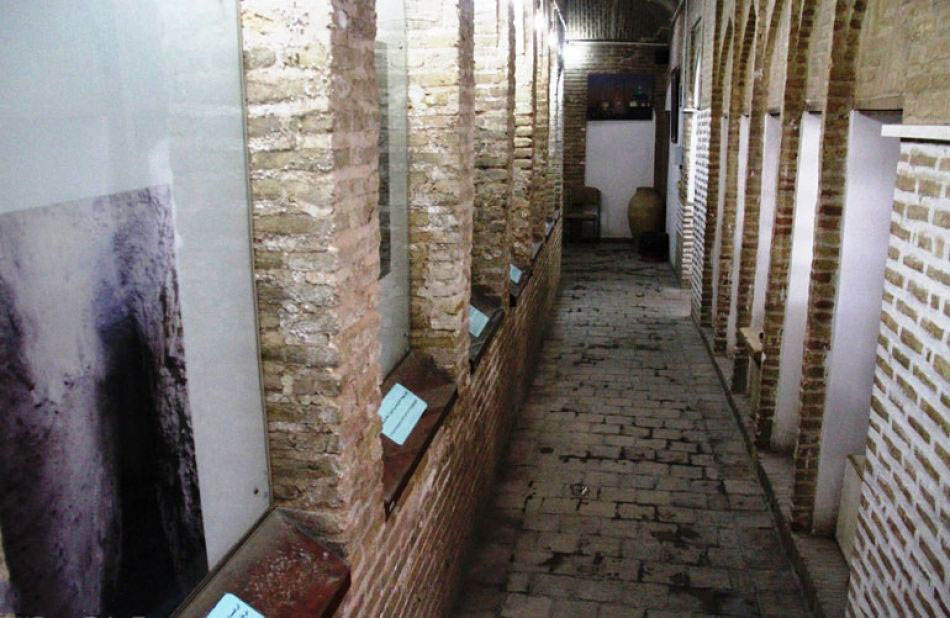