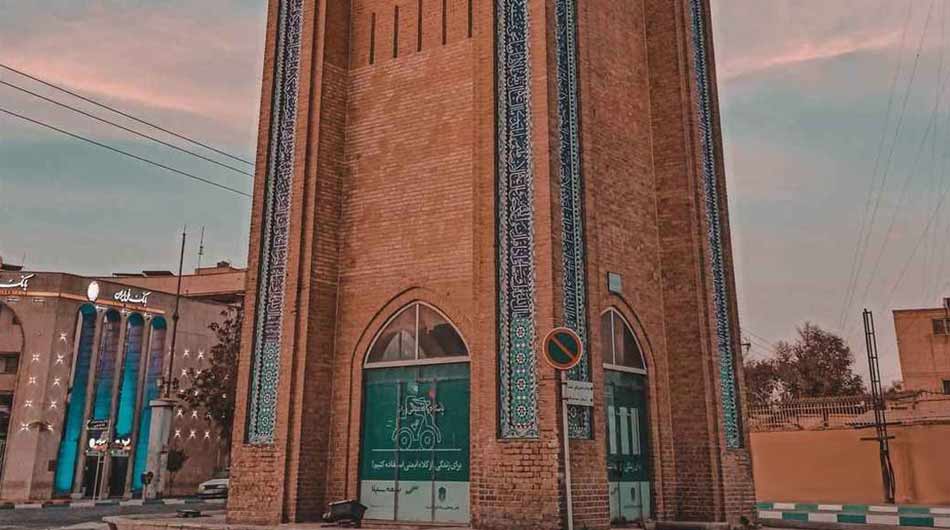 If you, like me, are fascinated by the city’s antique clock towers, this is your greatest chance to learn about one of Iran’s and the world’s oldest clock towers.

Typically, in the old days, the old municipalities installed big clocks on top of the tall towers that they built in the square so that all people could see the clock from every corner of the city; for example, one of the best global examples of these squares is the Big Ben clock tower in London, and the best Iranian example is Yazd Clock Square, or “Time Square.

As we said in ancient times, when cities were not so large buildings could not compete with each other in reaching the sky, usually the most significant buildings of the city, watchtowers or clock towers were in the main squares of the city; There is a lot of traffic, and people look at the clock wherever they turn. When it was the time of chariots, mules and Qajar kings, this old clock was installed in one of the squares of Yazd and was something new for the cities of that time. 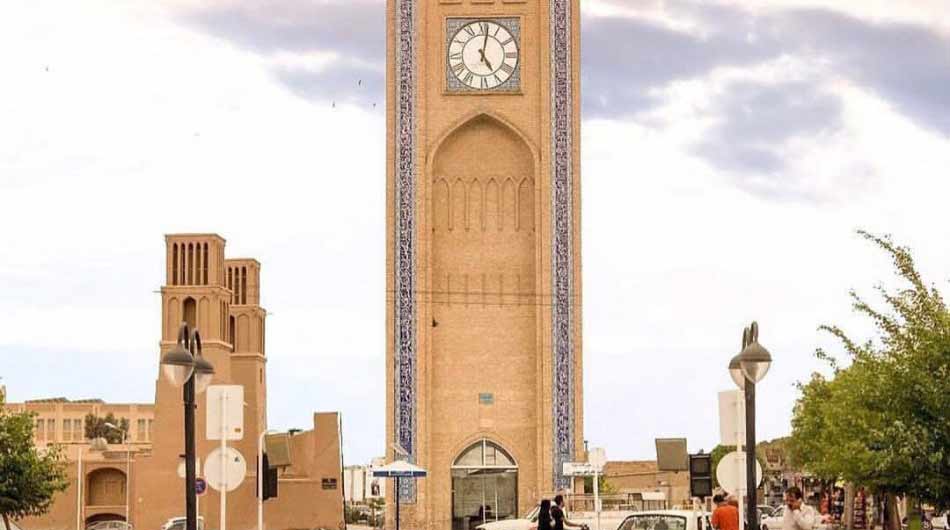 Thus, Yazd Clock Square is much older than its English counterpart, the Big Ben Clock Tower, and is decorated in a Ghajri style. This makes this clock square one of the oldest clock towers and the first urban clock in Iran and the world, which was registered in the list of national monuments in 1999. Clock Square Tower was built in 752 AH, which means nearly a thousand years ago and because of its old tower building, it is the most aging city clock in the world.

But the clock and its reconstruction were completed during the Qajar period and have remained the same ever since. The architecture of clock Square has followed the style of Qajar architecture, and the arches, arches, brick decorations and tiles inscribed with the lines of Quranic verses can be seen in its appearance. For example, if you stand at the bottom of this tower and look up, you will see how delicately all four sides of the tower of Yazd Clock Square are designed the same. 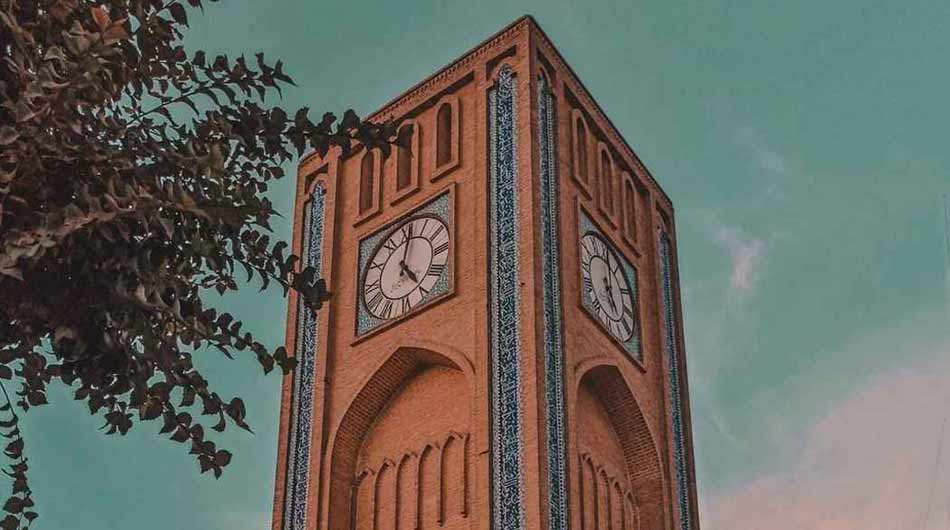 The high arch, which extends below the clock, makes the clock square tower look even taller; the small arches above the clock also have three on each side, which makes the large clock tower look bigger; Finally, the blue tiled stripes on the side of the eye tower polish with the color of the sky. Yazd Clock Square is so valuable in terms of architecture and historical background that it has become one of the main symbols of this historical city and one of the important antiquities of Yazd.

One of the spectacular and attractive architectural and urban features of the old neighborhoods of Yazd are the covered alleys and passages, which are called “Sabat”. The purpose of building these sabbaticals in Yazd was to enable people in desert cities to walk in the shade and be protected from direct sunlight. Be careful not to confuse the clock field (time clock) with the marker clock field. Both of these squares are in Yazd and both have an old clock, but the clock square is whiter.

Markar clock of Yazd or Ferdowsi clock dates back to 1313, less than a century ago and during the Pahlavi dynasty. Markar watch is known as Ferdowsi watch because it was decided to be made in the name of the great Iranian poet, Ferdowsi. In 1315, the exact location of this clock was selected in Markar Square in Yazd, which is precisely next to Markar High School.  Markar Square complex of Yazd, Markar High School and Welfare and Markar Orphanage was built at the personal expense of “Pashtun Ji Dosabaei” who was a Zoroastrian living in India and Markar Watch is currently registered as a national monument of Iran.

But in terms of architecture, this clock also has similarities to Yazd Clock Square, but the difference in their construction and appearance seems quite evident from the outside. The marker watch consists of the base, the tower body, and the tower cap. Its outer body is made of cement materials and verses of the great poet Ferdowsi are recorded on it.