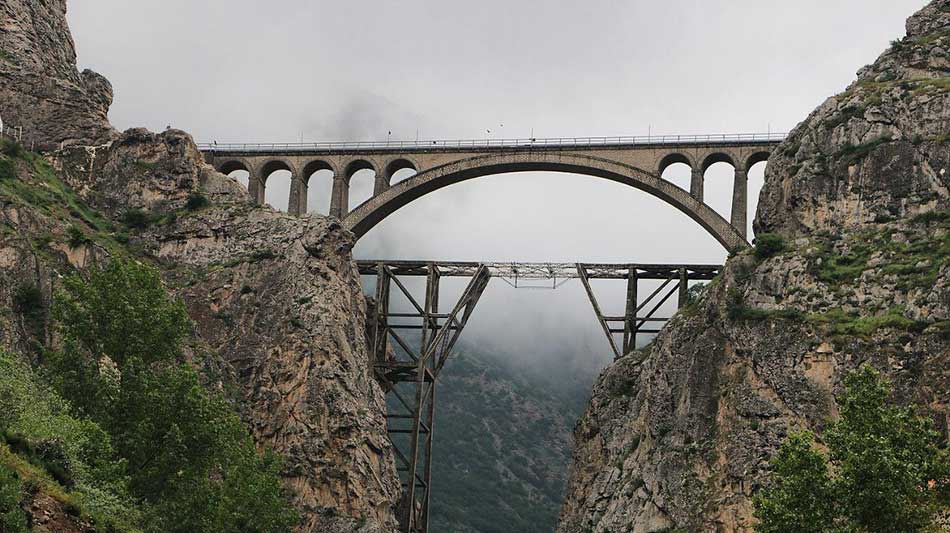 The masonry arch bridges of stone or brick have long been constructed across the globe, some lasting for millennia. They are also iconic for having similar characteristics, amongst them Veresk Bridge in Iran’s Mazandaran province and Wiesen Viaduct in the canton of Graubunden, Switzerland, both designed in the 20th century for single-track railway. 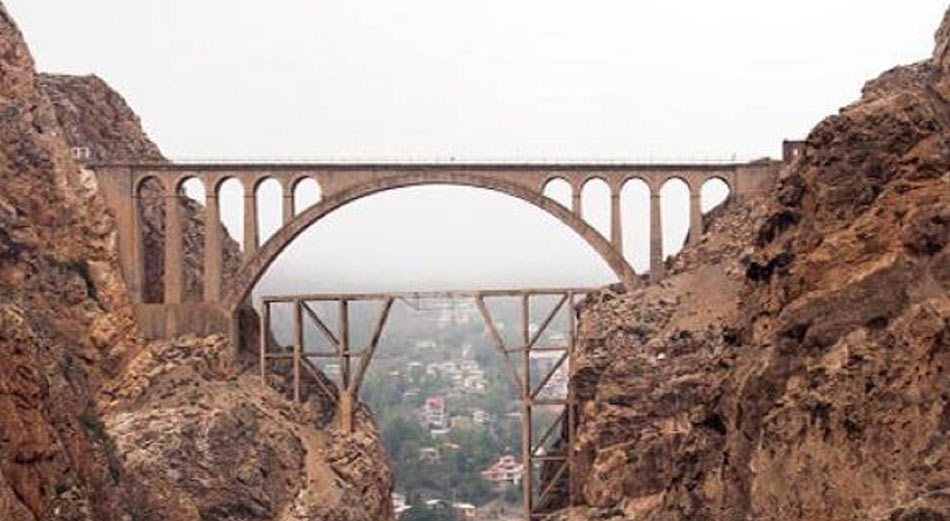 Iran’s second highest railway bridge, the Veresk arch bridge was built in 1936 during the empire of Reza Shah Pahlavi. The difficult terrain required 55 tunnels along a 309 mile (497 km) route. A temporary steel false work was left below the bridge – probably to facilitate future maintenance of the arch. Swiss Embassy in Iran on Sunday, January 26, posted a story on its twitter account (@SwissEmbassyIr) showing pictures of the two bridges. “The iconic Veresk Bridge in #Iran’s Mazandaran Province, constructed in 1937 by a multinational team including Swiss engineers. A similar single-track railway construction, the Wiesen Viaduct, inaugurated in 1909, is located in the Swiss canton of Graubünden (photos David Gubler),” the tweet wrote. 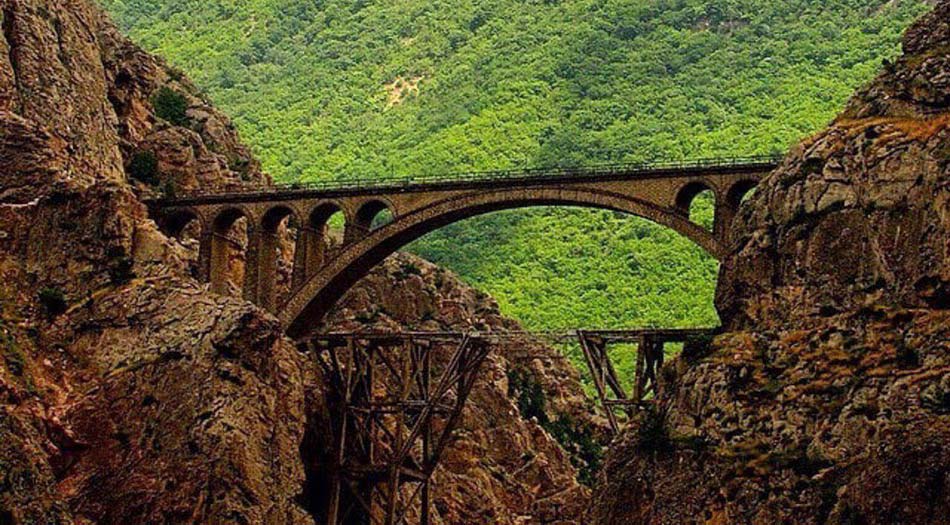 According to Wikipedia the bridge was constructed mostly by Germans during World War II by leadership of an Austrian engineer named Walter Inger. Underneath the bridge is a memorial structure built in memory of all the construction workers who lost their life in the course of building the Veresk Bridge and its nearby tunnels. The Chief Engineer, Austrian Walter Inger, who wanted to be buried at Veresk area after his death, is also buried in this location.

Also under the bridge is an underground tunnel for which trains pass through after crossing the bridge and gradually dropping in altitude before pulling into the train station. During World War II, it was known as the Pol-e-Piroozi, or the bridge of victory. In the course of the war Reza Shah was asked by Hitler to blow up all tunnels and bridges, including the Veresk Bridge, on Iran’s railway lines in order to delay the transfer of goods and reinforcement troops to the north for the Russians. He furthermore promised to replace and reconstruct all of such demolished structures following the Germans’ victory in the war. Reza Shah rejected the request. 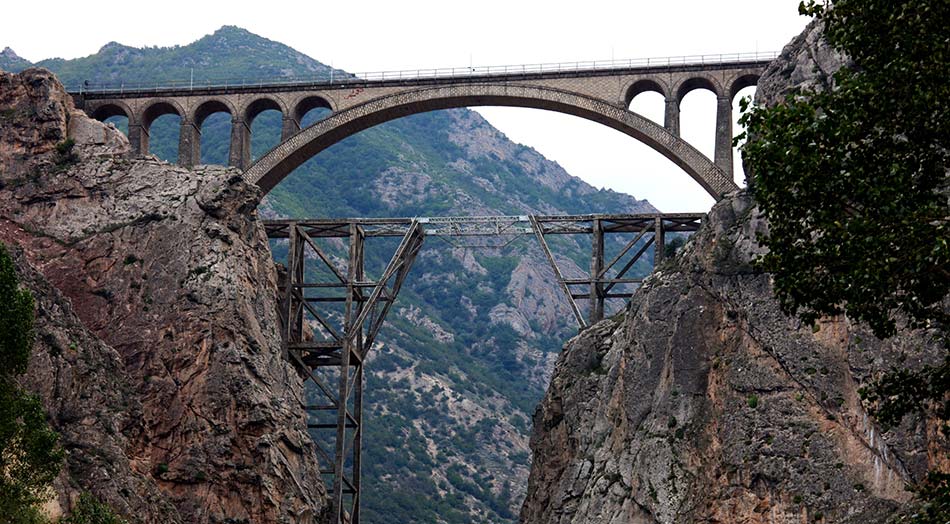 The Veresk Bridge, located in Veresk district of Savad-Kooh county, connects the railway between Tehran and the Caspian Sea region. The bridge is known as one of the masterpieces of the Danish engineering firm Kampsax, (consisting of Danish, German and Austrian engineers) serving the Trans-Iranian Railway network in northern Iran. The construction of this bridge included craftsmen of many nationalities, including Swiss and Italian people.

The Master Carpenter for the construction of the lumber concrete forms was Giacomo Di Marco, from the Friuli region of Italy, and detailed in the book he authored. It has been said after finishing the bridge, people had a fear that the train wouldn’t be able to pass the narrow bridge and that it would break. As a result, the engineer and his family stood under it when the first train passed the bridge. Near the bridge is a memorial structure built in memory of all the construction workers who lost their lives in the course of building the bridge and its nearby tunnels. 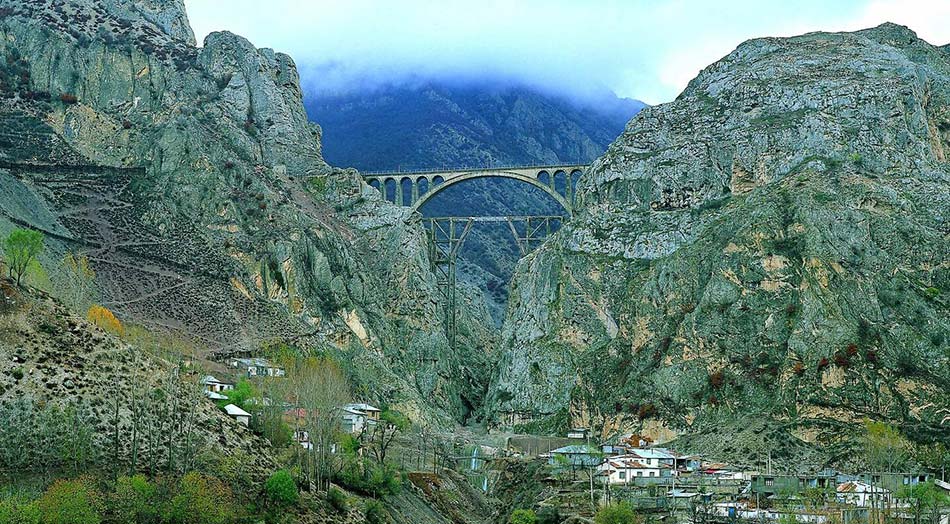 Iran’s tourism ministry pursues possible inscription of cross-country railways, which includes arrays of bridges including the Veresk Bridge, stations and other historical monuments on the UNESCO World Heritage. This industrial heritage, which dates from the World War I and II, contains expanded railway networks mainly stretched from south to north. It also includes a variety of monuments such as Tabriz railway station as well as Veresk and Sekhat-tala bridges built at hard-to-access points of deserts or highlands.