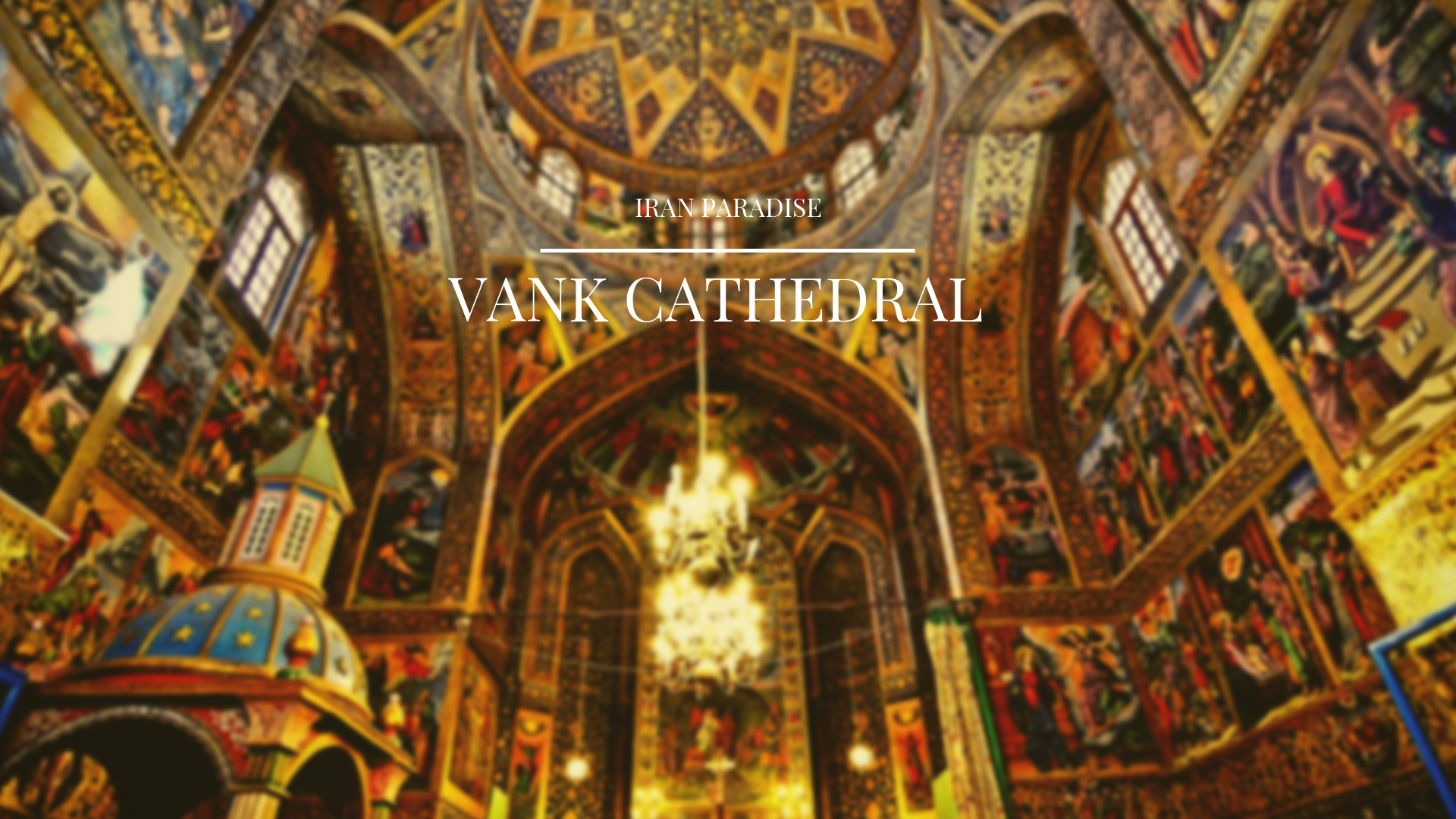 You might be surprised to find a Christian church in Iran. But I learned that several Christian enclaves exist peacefully inside the Islamic Republic of Iran. The Vank Cathedral in the Jolfa Armenian quarter of Isfahan is a gorgeous fusion of Armenian and Islamic architecture. Corridors of successive arches – a hallmark of Islamic architecture – lead into a vibrantly painted room of Armenian and Christian iconography and typical Islamic geometrical designs. I stood astonished at the detail and depth of color, and grateful that this community has been granted its religious freedom and artistic expression. Included in the cathedral complex is a museum of the Armenian genocide perpetrated by the Turks in the early part of the 20th century. Armenians fled to Isfahan for asylum and safety, and remain there today. Isfahan is brimming with spectacular religious architecture, but a cathedral was not among the sights I had expected to see!

Following the Ottoman war of 1603-1605, Armenians began to arrive in Iran in search of a new life under the Safavid King Shah Abbas I. Shah Abbas I, who settled tens of thousands of them in the Iranian provinces south of Aras River, also relocated Armenians, who had fled from the Ottoman massacre in Nakhchivan to Iran. Nakhchivan suffered a lot during the 14th to 18th century wars between Persia and the Ottoman Empire. The city fell under Safavid rule in the 16th century. In 1604, when Shah Abbas I realized that the lands of Nakhchivan and its surrounding areas might fall into Ottoman hands, he decided to force the entire Muslim, Jewish and Armenian population of the city to leave their homes and move to Iran. The Armenian immigrants settled in Isfahan, the capital of the Safavid Dynasty, and populated the city’s New Jolfa district, which was named after their original homeland in today’s Azerbaijan Republic. Upon entering Iran, Armenian refugees started building churches and monasteries to continue their religious activities in their new home. The first monastery in Jolfa was built in 1606 and included a little church called Amna Perkich, which means ‘All Healing.’ The little church was later expanded and turned into the magnificently designed Vank Cathedral, which was built 50 years later under the supervision of Archbishop David. 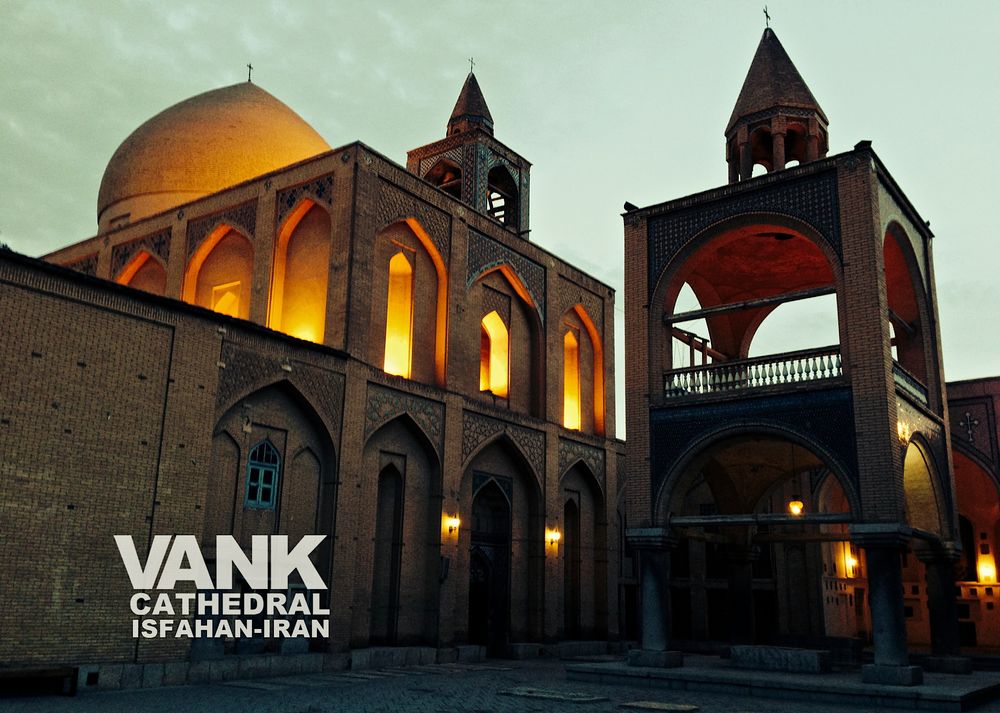 Persia has always been a religious place for the men of religion who have wished to worship God in peace and quiet. Thus in all the cities across Iran you can find numerous places of worship depending on the religion of the residents. In Isfahan the ordinary people have been mostly Muslims, but there are some minority groups who have devoted themselves to the religion of Messiah; thus they have constructed churches for themselves to visit and pray to their God. One of the most marvelous attractions of Iran in Isfahan is Vank Cathedral that you can visit during your Iran tour. The Sacred Savior Cathedral, also reputed as the Saintly Sisters Church, is a cathedral situated in the Julfa of Isfahan. It is called Vank which means Convent or monastery in Armenian language. This attraction of Iran was founded in 1606, devoted to thousands of Armenians who were deported from their homes and resettled with the help of Shah Abbas I after the Ottoman War during 1603-1618.The place has a domed sanctuary, resembling a typical Iranian mosque with just a nuance of difference, addition of a semi-octagonal apse and raised chancel typical in European churches. The modern and plain brickwork of the exterior parts of the cathedral are really lucid in comparison with its delicately decorated interior of this holy church. 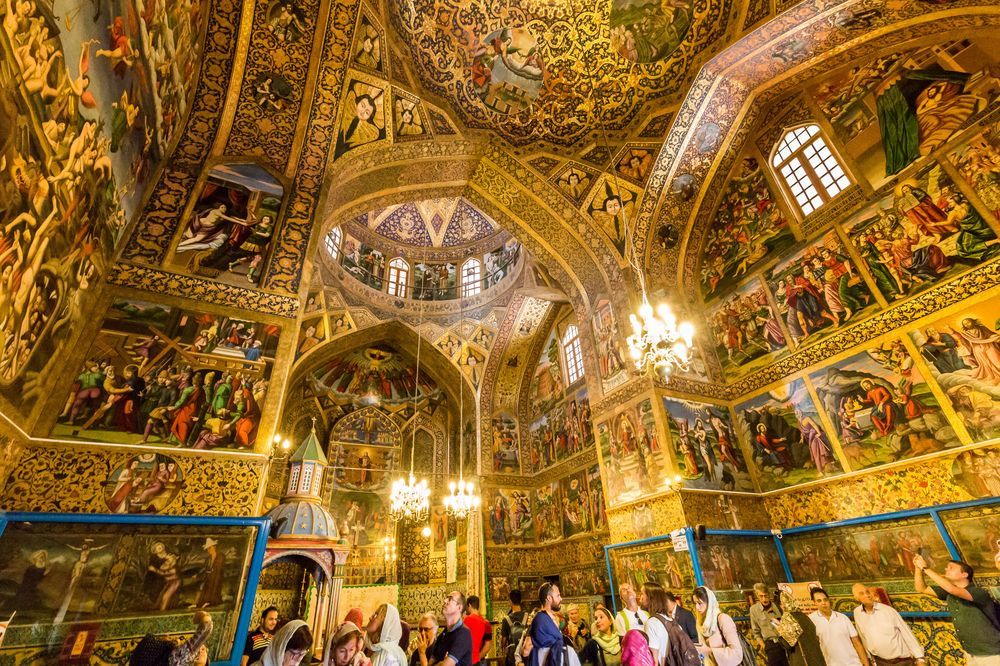 Inside walls are covered with delicate frescos and carvings including rich tile works. The centrally located depiction is in bright and beautiful colors of golden and blue and it illustrates the creation of the universe and man’s banishment from Eden. Inside the church there are some pendentives hung painted with Armenian motifs of a cherub’s head enclosed by folded wings. The ceiling is colored using marvelously beautiful floral motifs in Persian miniature style. Two murals surround the interior walls: the top one shows Jesus and what has happened to him during his lifetime, and the one below it illustrates Armenian martyrs and their passion and resentments. Inside the courtyard of this cathedral there are both Orthodox and Protestant Christians buried. The graves are put along the exterior wall before the entrance. On the corner of the courtyard, there is a museum and a library with so many interesting things to explore. This wonderful cathedral has greatly influenced the architecture style of the churches constructed afterwards nearby. The beauty of this overwhelming place of worship is interminable. Moreover, the mix of Islamic art and European art is astonishing in the architecture of this church in Isfahan and this is what has made it a must-see attraction in Iranduring your Iran tours. 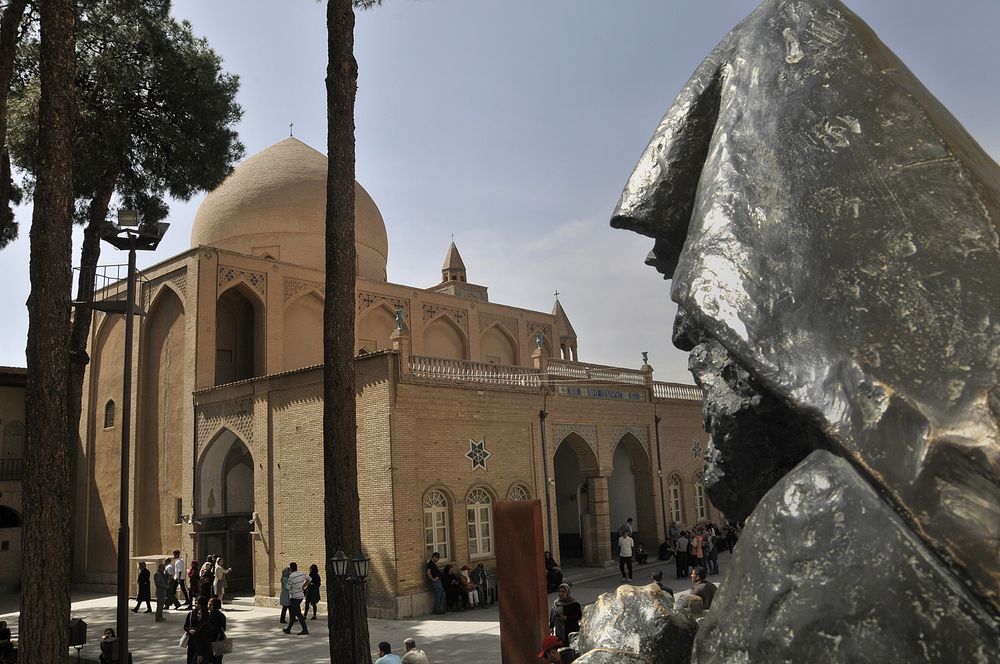 On the right side of the belfry there is a large blue inscription surrounded by crucifix stones. The stones have been collected from the ruined churches of the Jolfa quarter. On a raised area to the left, a memorial has been set up in memory of the victims of the Ottoman massacre. Every year on April 23 Armenians gather by the memorial to light candles in honor of their martyrs. At a corner of the cathedral’s courtyard, rooms and halls have been built to accommodate guests, the Isfahan archbishop and his retinue, as well as other Armenian religious authorities in Iran. Across the courtyard and facing the cathedral is a building, which houses the Vank library and museum. The library contains more than 700 manuscripts and hard-to-find sources on Armenian and medieval European languages and arts. The Vank museum houses unique and priceless collections of various types of items gathered from across the Armenian world.

The Vank printing house is known as the first of its kind in Iran and the Middle East. The first book published at Vank was about the lives of Armenian priests and monks, a few prints of which are now kept at the Vank museum. The early printing machine, which was built by Bishop Khachatoor, was replaced by a new one brought from Amsterdam in 1647. 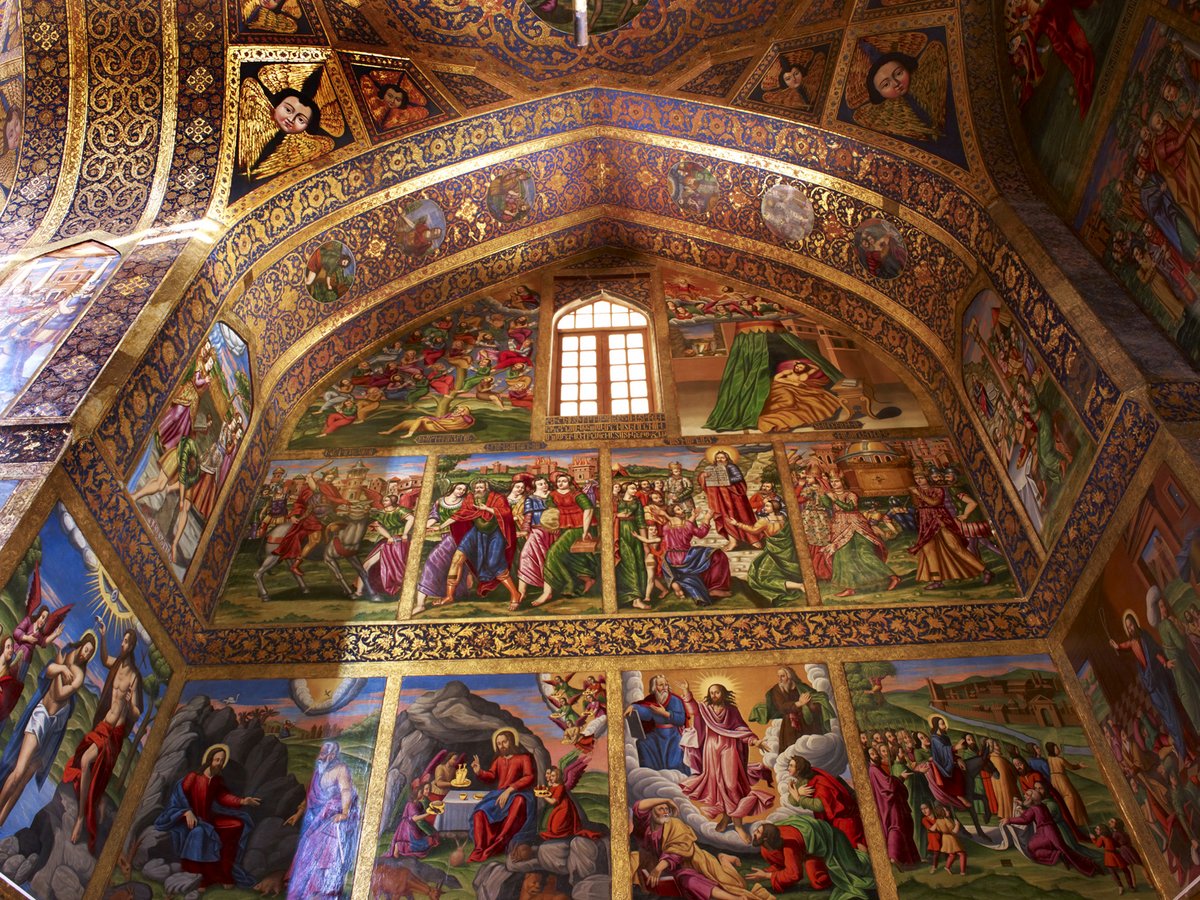 Later in 1844, an Armenian resident of Jolfa brought a printing machine from Europe, which is also housed at Vank Museum. The first book printed by the machine was the Psalms of David, which is now kept at Oxford’s Bodleian Library. The dun-colored brick exterior of the cathedral gives way to a stunning combination of Persian tiles, Byzantine gold and European-style frescos inside. The modern and plain exterior has a striking contrast with its gloriously decorated interior. The entrance ceiling is adorned with floral motifs and the top of the walls are covered with murals depicting events from the life of Jesus. The interior is adorned with paintings, gilded carvings and eye-catching tilework and the pendentives bear painted images of a cherub’s head surrounded by folded wings.

After the death of Shah Abbas I, his successor Shah Abbas II also paid close attention to Armenians and New Jolfa, which is located on the banks of the Zayandeh River and still houses a large part of the Iranian-Armenian community. Iran’s Armenian community grew in number as until 1933 immigrants and refugees continued to flock to Iran from the Soviet Union. They built churches, schools and various cultural, artistic and sports centers across the country and eventually became Iran’s largest Christian community. 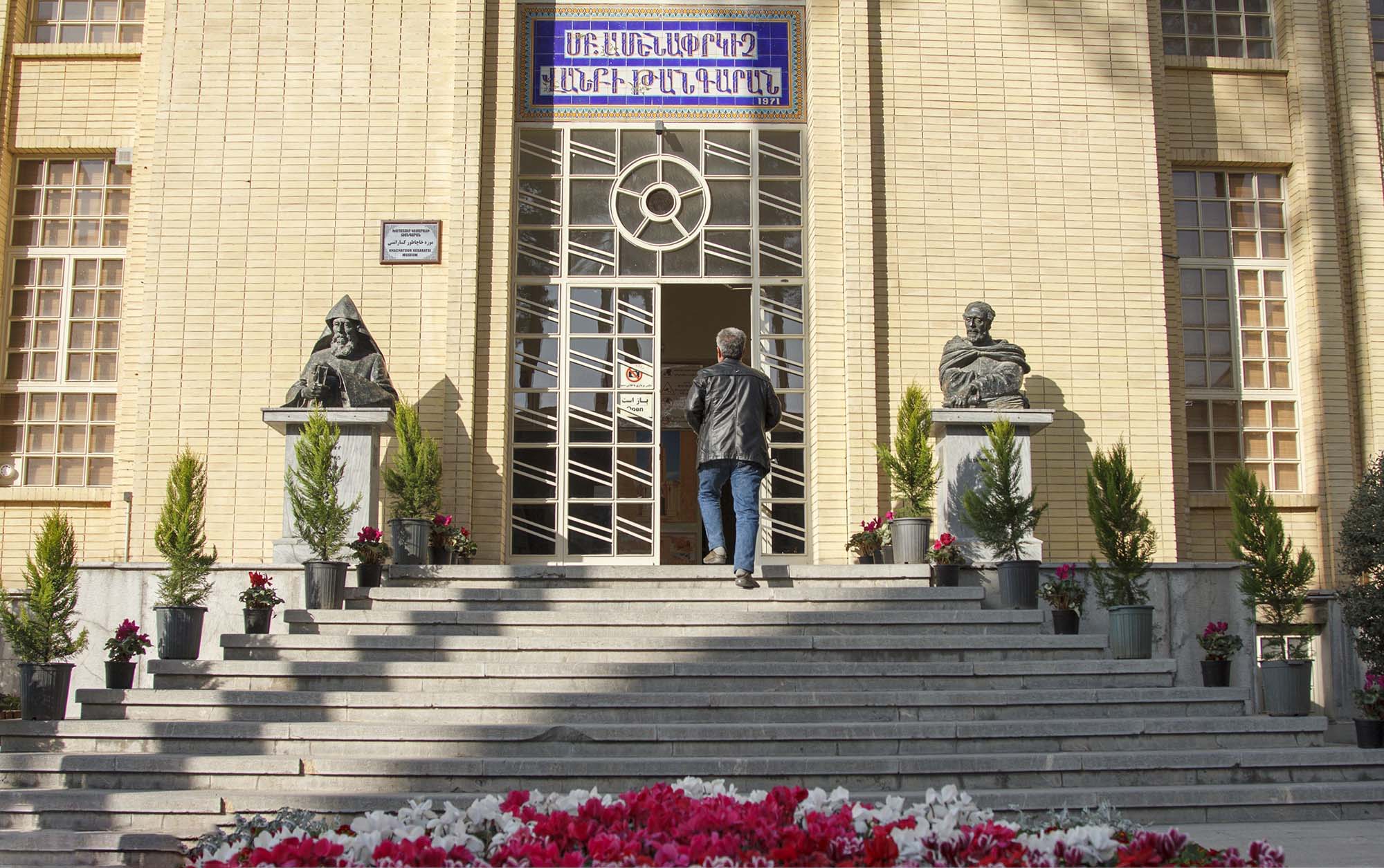