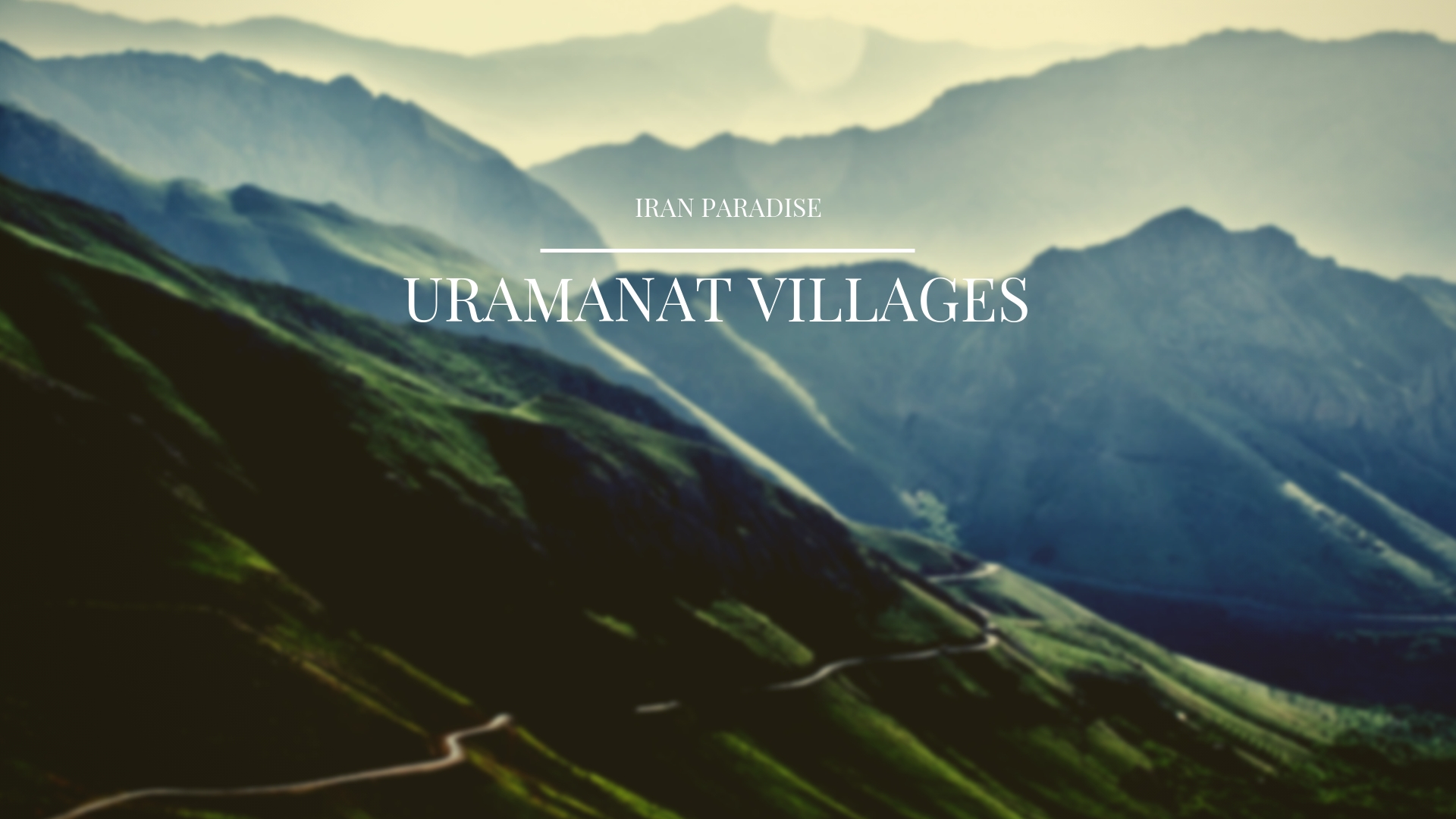 Paveh is located in Uramanat Villages and to the extreme northwest of Kermanshah province. From the west, it is limited to Iraq. Paveh has cold winters and temperate summers. The small mountainous city of Paveh is to the northwest of Kermanshah and located at a distance of 636 km. from Tehran. The surrounding mountains are normally filled with fresh spring water from March to June. The town is also encircled with large fruit gardens which create beautiful scenery during summers. Paveh is situated along a mountainside like most cities and villages in the Hewraman region. The name of Paveh is attributed to Paveh, one of the commanders of Yazdgerd III, who in order to seek the Kurd support settled in this region and was extremely respected by the people of this territory. The Dej and Pasgah forts which have remained since then are the relics of that era.  The word Oramanat (Uramanat or Hewramanat) is derived from the word Uortan or Uorman and related to sacred Zoroastrian anthems. Paweh is established among mountains on the Zagros Mountains. The mountain chain of Shaho is located in the west of Paweh. Shaho is the highest mountain in Kermanshah with the elevation of 3390. Sirwan River is one of the biggest rivers in Paweh. It rises near Sanandaj, in the Zagros Mountains of Iran. It then descends through the mountains, where for some 32 km it forms the border between the two countries. It finally feeds into the Tigris below Baghdad. (1tto) Navigation of the upper reaches of the Diyala is not possible because of its narrow defiles, but the river’s valley provides an important trade route between Iran and Iraq. The inhabitants of Paveh are mostly Kurds that speak Auramani (Hewrami). 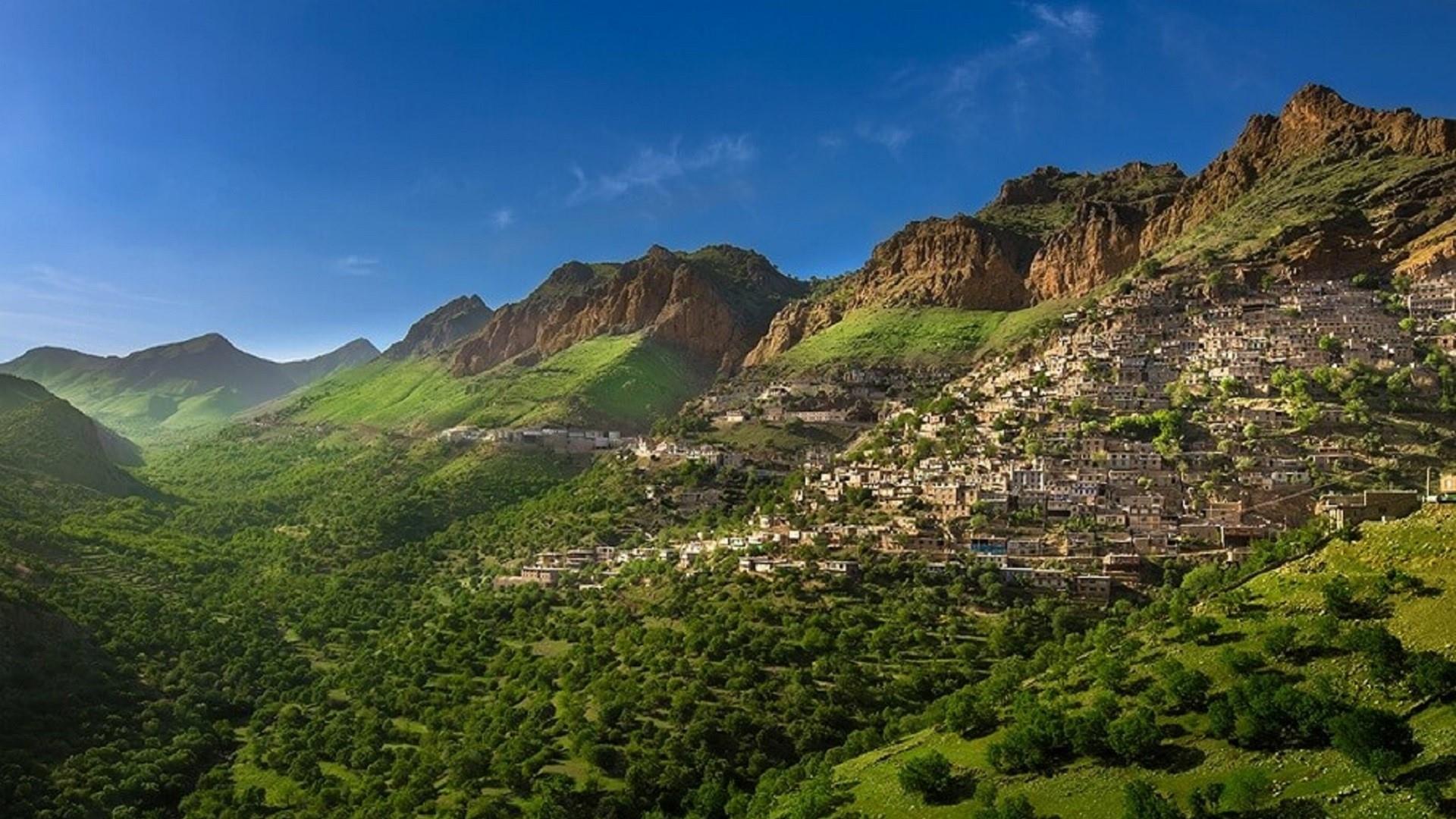 The Paveh county, located northwest of Kermanshah, has three cities, namely Paveh, Bayangan, and Nowsud which all possess tourist attractions, natural beauty in addition to hospitable people, and there is something unique about this area; unrivaled staged (stair-shaped) architecture.

Upon arrival at the historically ancient city of Paveh which dates back to three thousand years ago, one is astounded and amazed at how the local people living in the area have managed to skillfully construct their homes in the shape of many long and wide stairs within the foothills of the mountain. These buildings have been built in such a way that the roof of a house is the patio (balcony) of the house built just a few meters above it. The county, together with a mountainous area of Kurdistan province, is called Uramanat the most famous characteristic of which is villages that are unparalleled in terms of architecture, lifestyle, and agricultural methodology as they are integrated with nature by incorporating steep-slope agriculture. 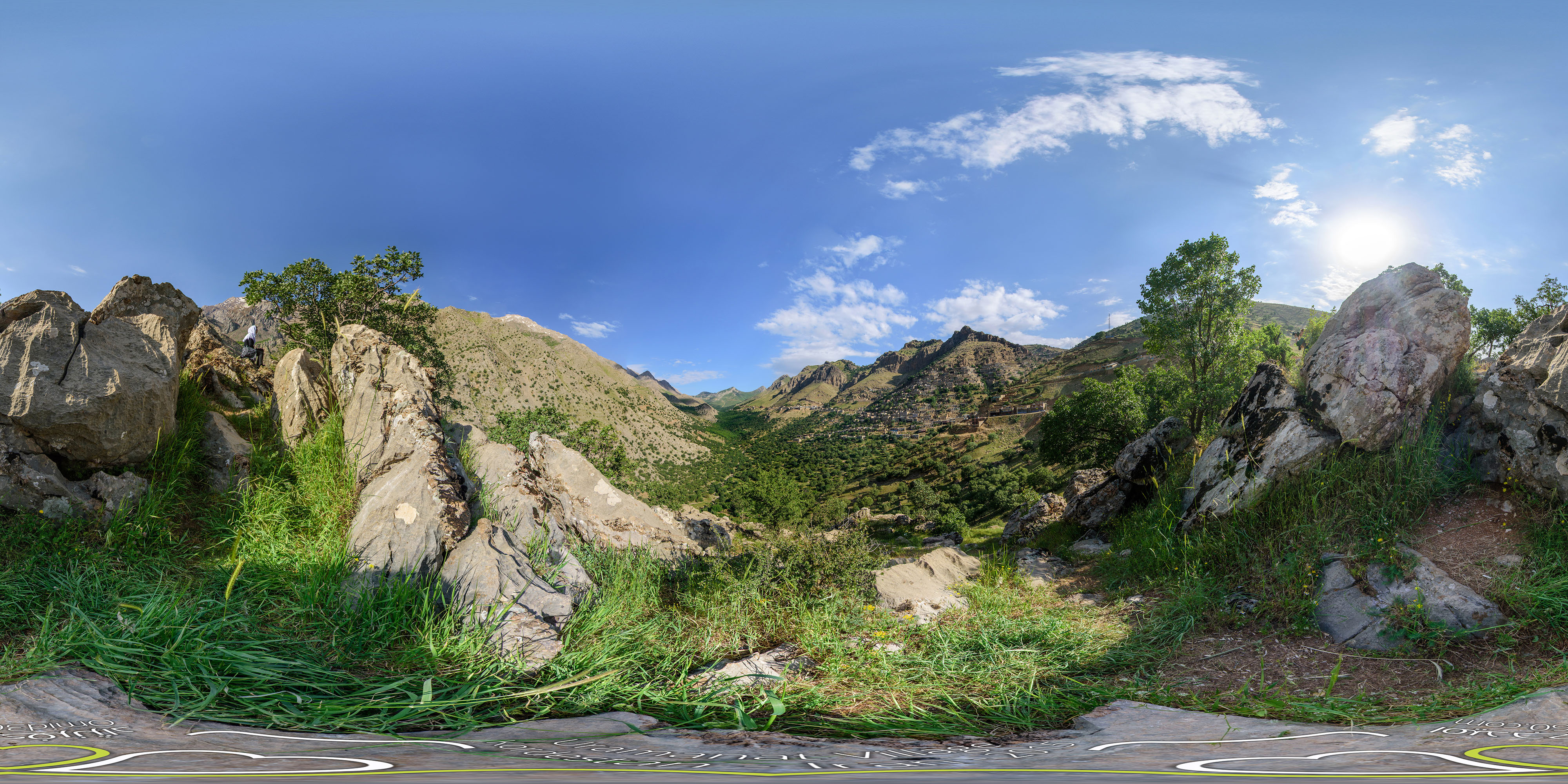 The language spoken by the people of Paveh is called Hourami (Gooran), which is one of the most ancient and noble languages of Iran echoing voices of love and kindness. Paveh city marks one of the most important habitats of certain edible plants which are unique to the region as well as that its forest cover, rushing rivers and exhilarating fragrance of spring flowers thrill every passer with all the beauty and freshness. The route to the city is replete with winding and tortuous mountainous roads while the road contains numerous hills, springs and fountains, forests and farmlands located in the foothills which are quite beautiful and invigorating. Due to these eye-catching natural landscape as well as various caves, waterfalls, and streams, Paveh has been called the ‘Bakhtaran (western) Paradise’. Seyed Abdullah and Pir (Old) Ismaiel Memorial Shrines are located in the Hajij and Spreez villages which attract eager visitors all year round. Paveh people’s clothing and costumes have an air of authenticity; furthermore, they make all of their own clothing and footwear while women also make splendid hand-woven pieces of clothing. 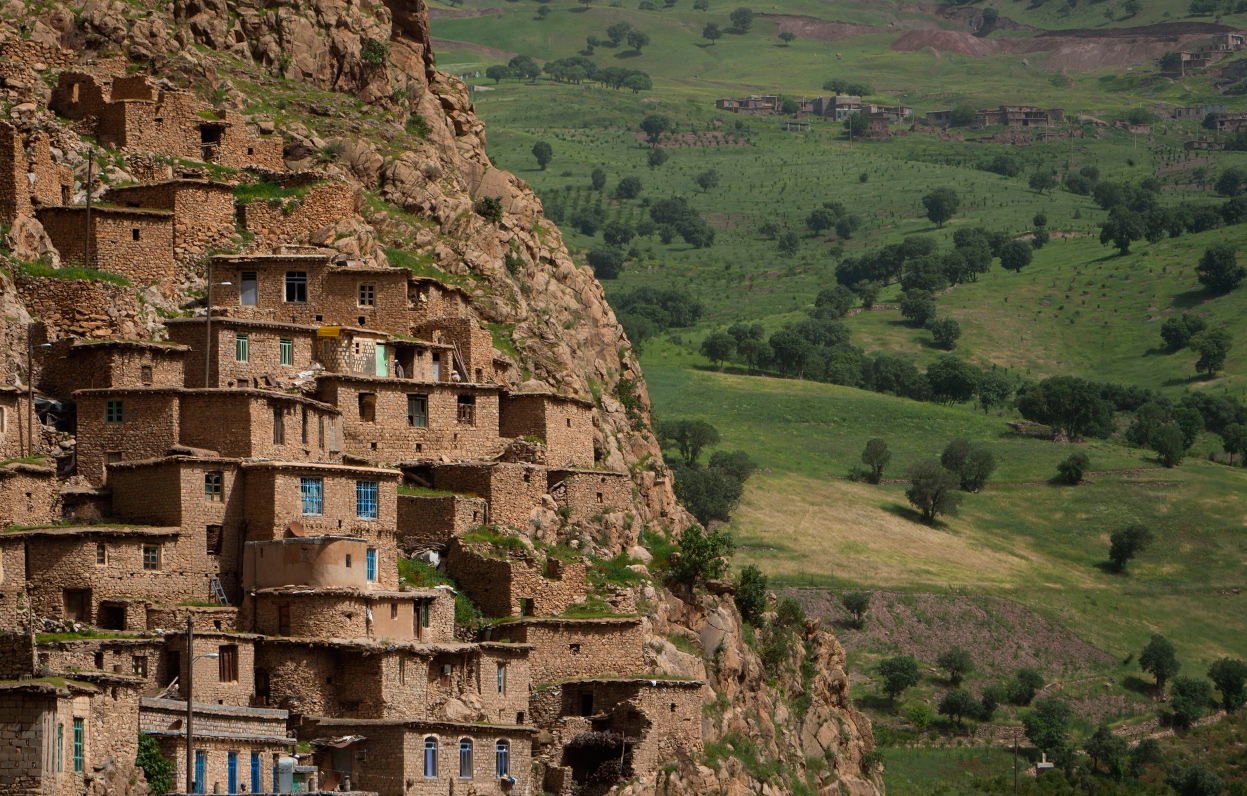 Paveh with several water-flowing rivers named Sirvan, Leyleh, Markhil, and Paveh-Rood is one of the most water-rich areas in western Iran. Roaring Springs, warm weather, extensive garden, beautiful forests, beautiful temples, and caves are landmarks of Paveh County which attract numerous tourists. Other noteworthy attractions of Paveh include the Boll Waterfall, Key-Khosro Fortress, Ghal’a Fortress as well as Manav Fortress. 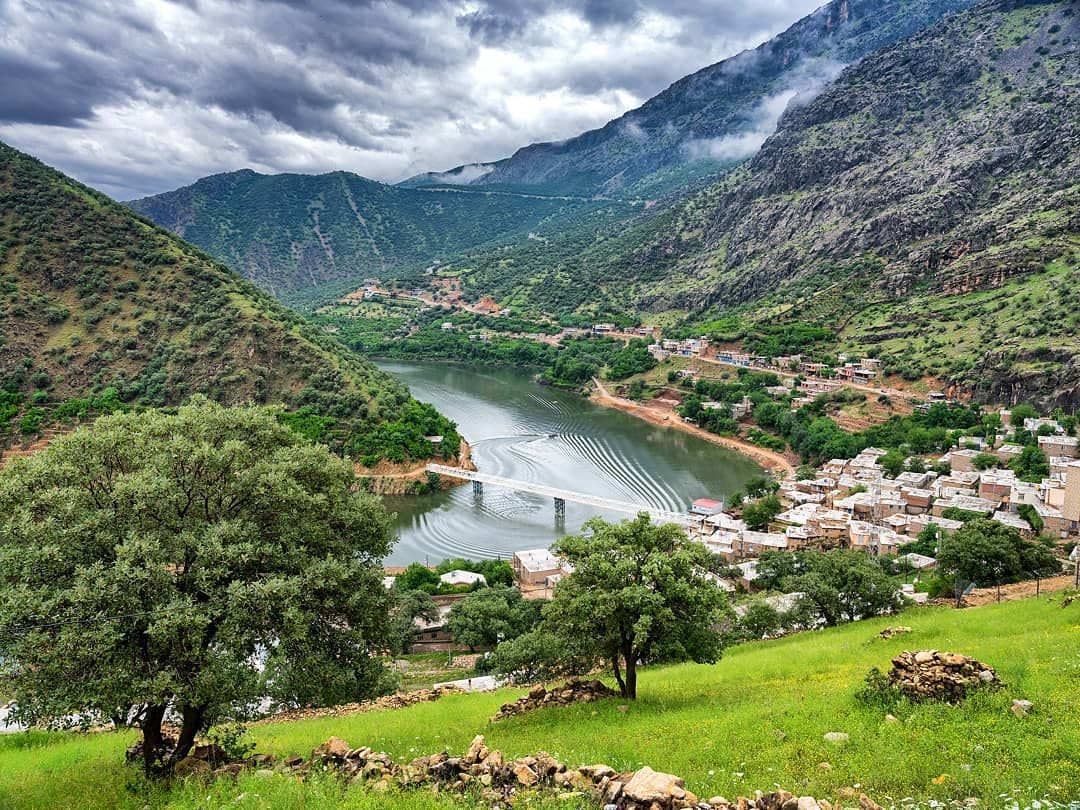