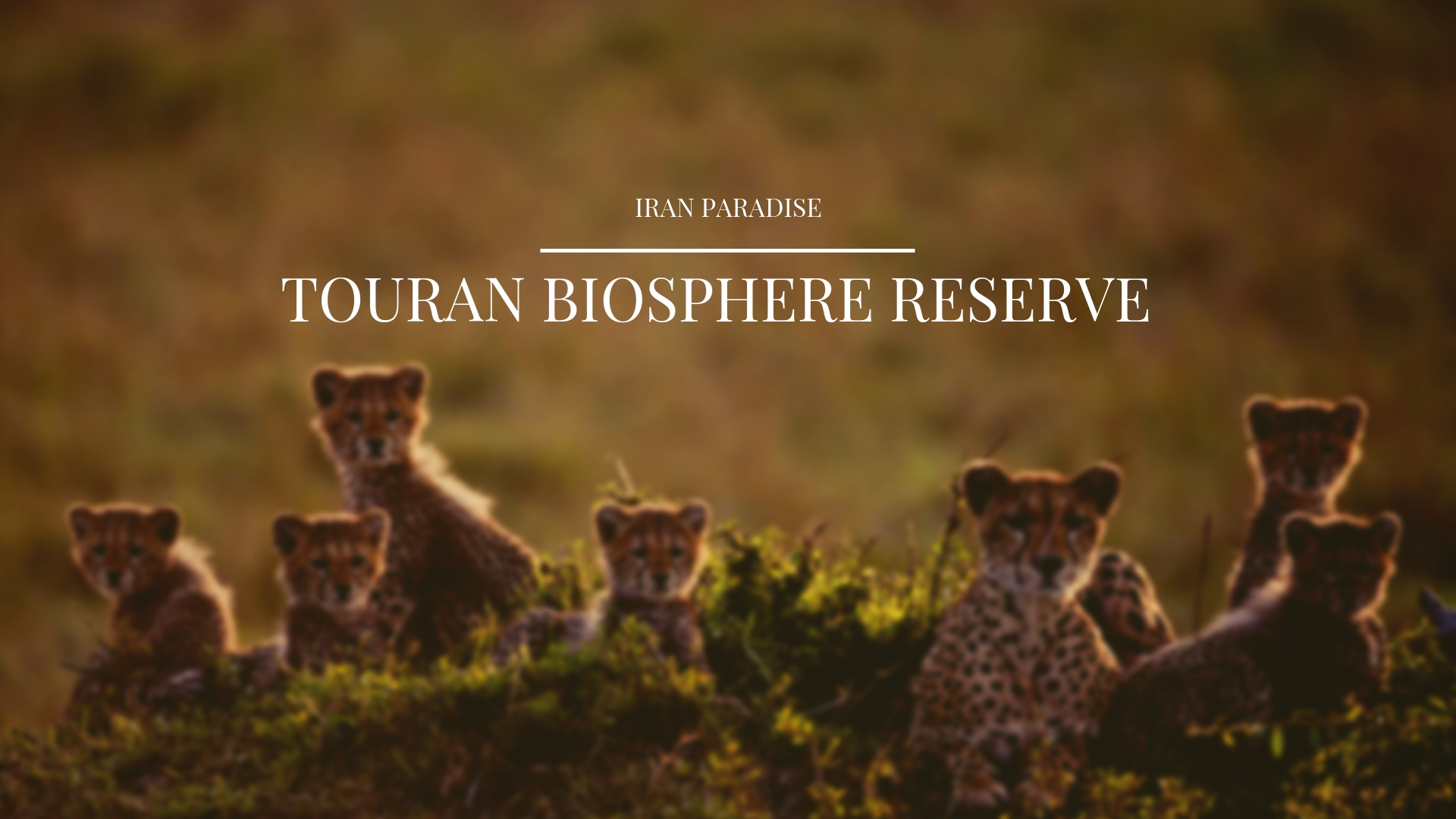 The territory today known as Touran (Khar-Touran) is a Protected Area within the borders of Iran in the southern part of Shahrud Province and 28 km southeast of the city of Biarjomand, covering one million, four hundred and twenty hectares (1.420.000h). It is the second largest biosphere reserve in the world.

Touran Biosphere Reserve (TBR) accommodates three areas of Wildlife Refuge, National Park, and Protected Area. In terms of biomes it harbors large plains, mountainous regions (some reaching 2000 m in height), and salt flats (600 m) contiguous to Kavir-e Namak. Hot summers and cold winters are characteristics of its arid climate… A small part of its northern region falls within the Alborz Zone and the rest belongs to Central Iran. In terms of international categories, Touran is a special habitat of steppe grasslands in Central Asia and Desert-Sahara as peculiar to West Asia. 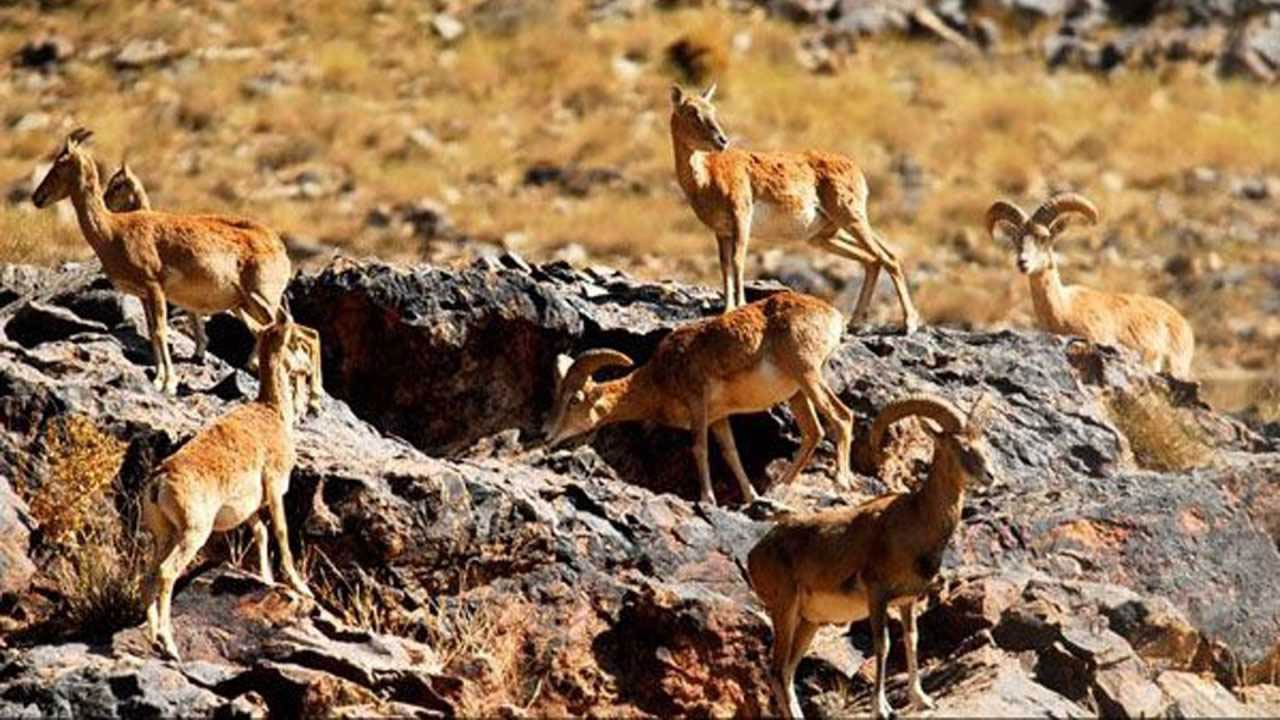 Acommented list of the plants of wildlife refuge and eastern part of Touran protected area is presented. Touran Biosphere Reserve covers an area of 1.8 million hectares situated in the northern part of the Dasht-e-Kavir. The reserved area presents a variety of habitats, including three extensive plains at different altitudes, three mountain systems, about 200.000 hectares of sand dunes, a vast expense of barren playa, and a saline river system. 604 plant species are reported from the area. They are including1 alga, 1 fern, 2 gymnosperms and 600 angiosperms. Altogether, 55 families and 296 genera are known from the area. 432 species (71.6%) are endemics of Irano-Turanian region. Of these, 46 species are endemics of Iran. Two species, Astragalus kavirensis and A. touranicus are endemics for the Touran Biosphere Reserve. Therophytes with 268 species (44.4%) and hemicryptophytes with 153 species (25.3%) are the most important life forms of the reserve. 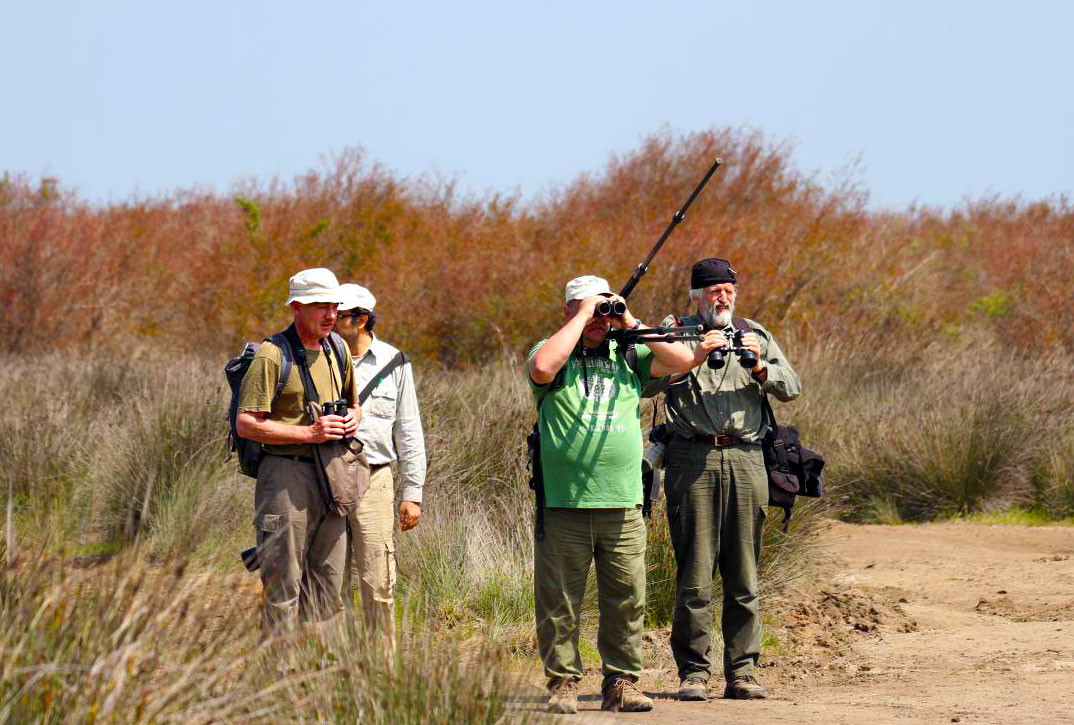 TBR is also home to 41 species of mammals, 167 birds, 42 reptile, 2 amphibians and 1 fish. Enjoying a great variety of endemic flora, there exist some types of Iranian Fauna like zebra, ram, ewes as well as some predators like panther and wild cat. In North West of today Ghar village some remainings of a buried city has been excavated. The ancient ruins of Kharazm reveal that the area was populated during the first half of the 11th century of Islam. Discovering of industrial centers and impure metal alloys, handy files and metal forms in southern part of Touran all reveal some active copper mills. Discovered potteries in Khartouran and other findings prove that the history of the area dates back to Sasanid Era.

Touran is known internationally as a Biosphere Reserve and Important Bird Area (IBA) that increases its preservation significance. Iran’s High Council on Environmental Protection (HCEP) categorizes Touran as Protected Area in 1972. In 1976, the same council divides Touran into two zones of Wildlife Refuge and Protected Area. It was the same year that the “Man and the Biosphere Programme” (MAB) of United Nation Development Plan (UNESCO) has identified Touran as a Biosphere Reserve. That was when Touran got the attention of International organizatons. In 2002, HCEP designates part of the Wildlife Refuge, which is the central kernel and the safest part of the habitat, as National Park. 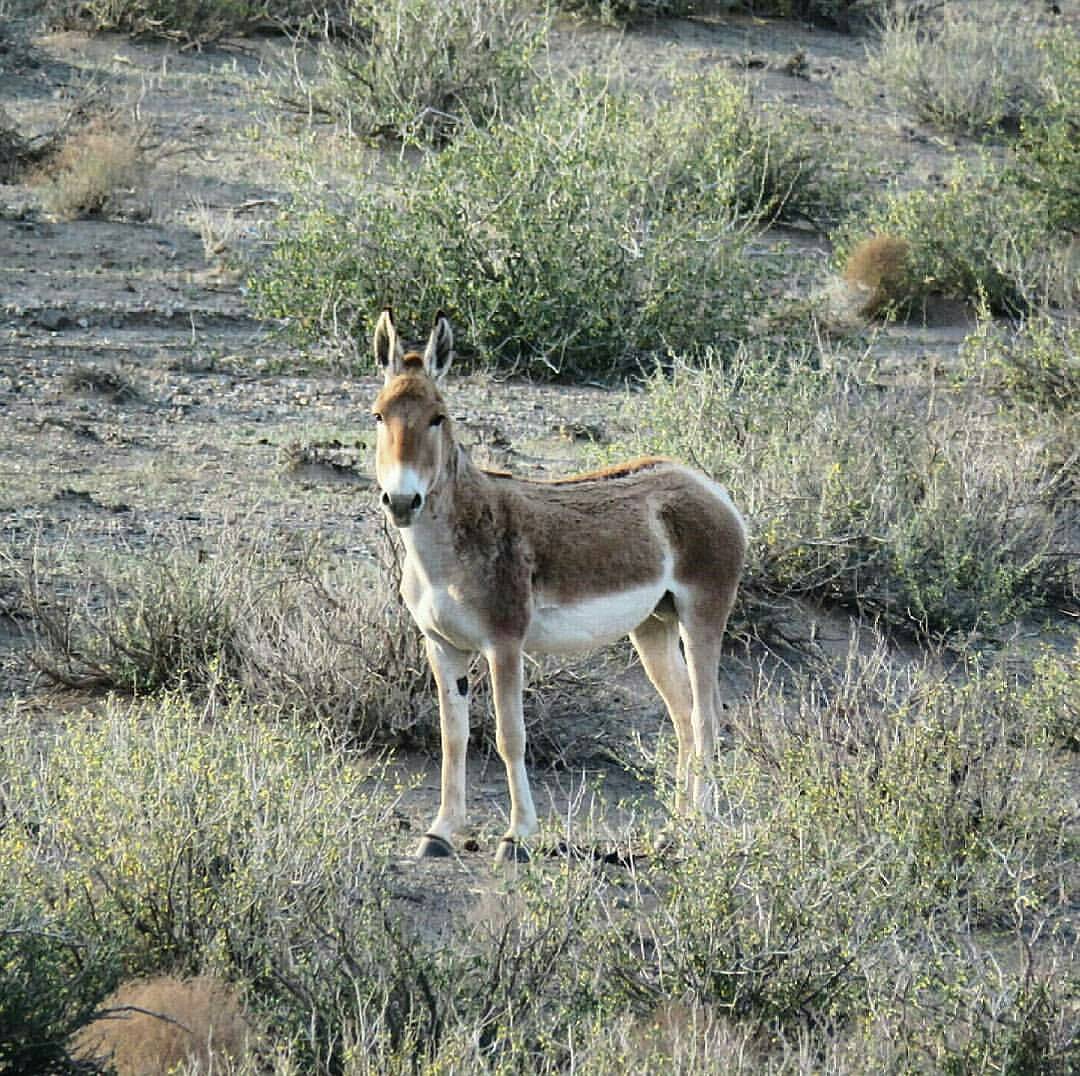 A biosphere reserve is by definition an area that “demonstrates innovative approaches to living and working in harmony with nature.” One of the primary objectives of MAB is to achieve a sustainable balance between the goals of conserving biological diversity, promoting economic development, and maintaining associated cultural values. Biosphere reserves are considered as World Heritage sites.

TBR is home to the only female Asiatic cheetah in captivity. This beautiful cheetah is named “Delbar”. she was captured by shepherds and handed to game wardens of Touran. Delbar’s mother never had the chance to teach her cub the necessary skills to survive in nature; as such, Delbar will always stay in captivity. She will be deprived of running in the plains of Touran; however, she will offer researchers and the general public a rare opportunity to meet one of nature’s most magnificent creatures in person. Perhaps one day Delbar can be partner to Kushki, the only male cheetah in captivity in Miandasht Protect Area in North Khorasan Province. 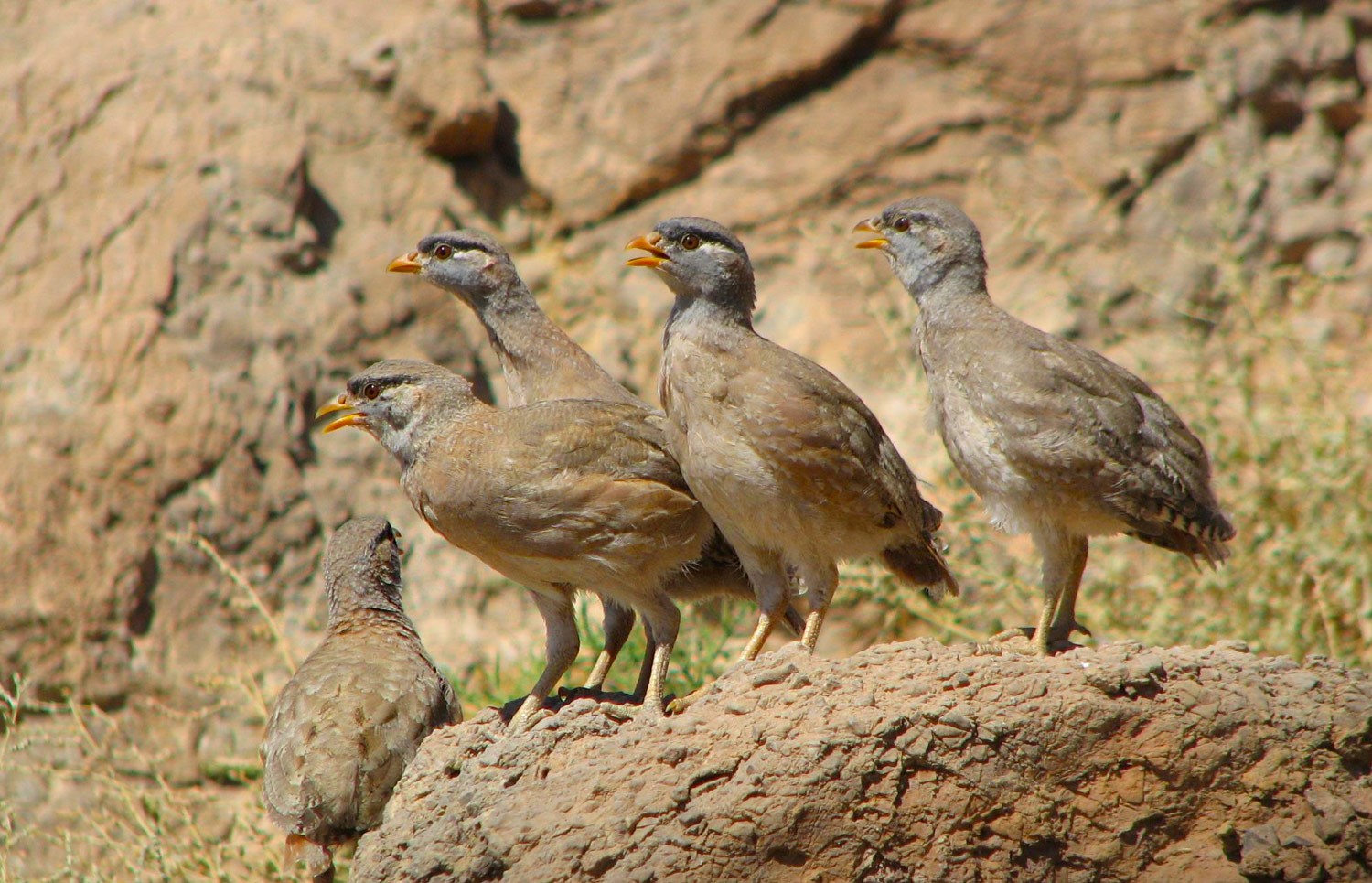 High biodiversity of the region along with its Kavir-desert nature and natural and natural sceneries have resulted in an invaluable collection of features suitable for educational and scientific activities as well as a tourist attraction and genetic treasure.

One thought on “Touran Biosphere Reserve”