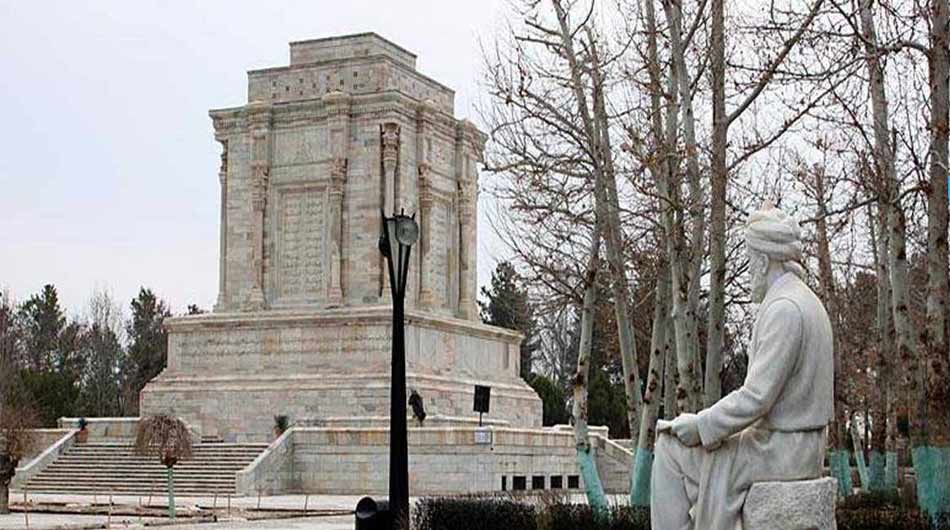 The Ferdowsi mausoleum (Ārāmgāh-e Ferdowsī), a monumental tomb in Ṭus, Khorasan, was built between 1928 and 1934 and remodeled in 1969. The tomb of the great poet Abolqassem Ferdowsi, can be accounted for a place of worship so to be called by the lovers of Farsi Literature. This renowned historical site has brought fame for the city of Toos. Abol’qasim Ferdowsi of Toos is the most prominent epic poet of Iran who is also regarded very highly on a global scale. The literary masterpiece of Ferdowsi is called Shaah’nameh or the book of kings and is actually the longest epic poem in the entire world. Ferdowsi spend thirty years of his life writing this masterpiece which is firmly believed that it was because of this work that Farsi language was saved from demise and oblivion. 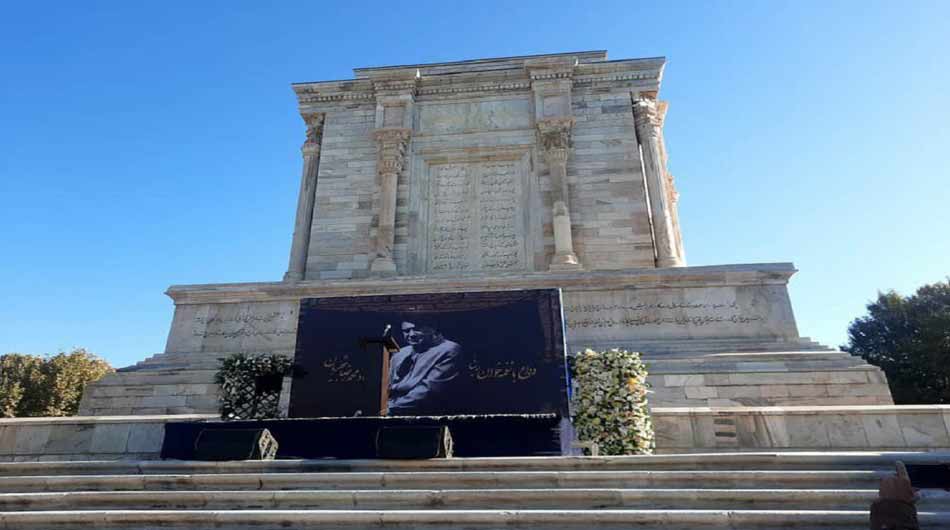 Ferdowsi is quite well-known as the saviour of our language, Farsi. A few centuries after the Arab invasion, amongst the offense and mayhem caused by the accompanied language, Arabic, Farsi was gradually fading out. In order to revitalize the language, Ferdowsi opted for poetry and epic. Although, prior to him, there were other poets, attempting to fight for the language through poetry, he was the one who put in thirty years in order to foster the foundation of language, word by word.

The construction of this tomb began in the year 1928 and work came to an end in 1934. In the year 1964 a few changes were made in the structure. The internal walls of the tomb are adorned with sculptures depicting scenes from the “Shahnameh”. Each side wall of the building is approximately 30 m. x 30 m. and each of the four sides have stairways lead up to it. 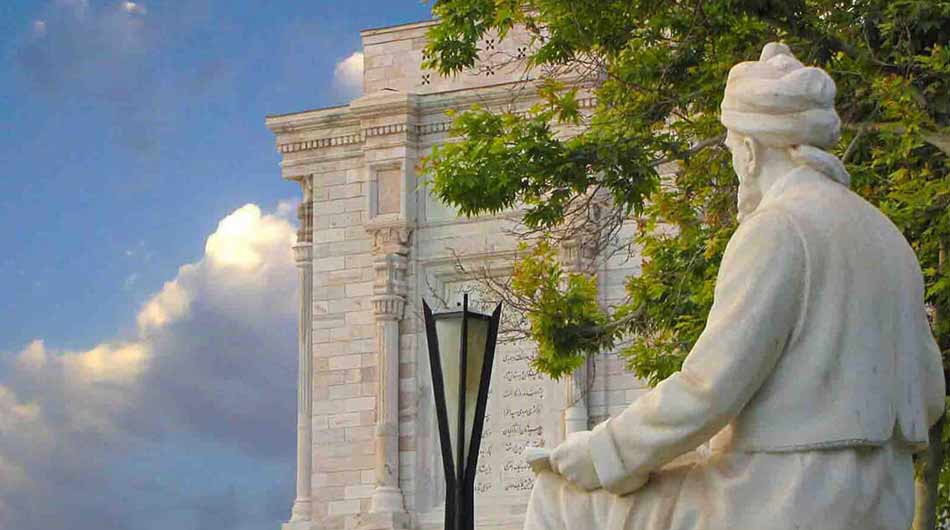 The basic structure of the tomb is rectangular with a large garden surrounding the structure and interacting with the structure in the Persian style of gardening known as Char-bagh (or Chaharbagh translating to four gardens in Persian). Ferdowsi’s tomb, which resembles the tomb of Cyrus the Great, is built in style of Achaemenid architecture. There is a clear link between this choice of architectural style and the politics of Iran at the time. 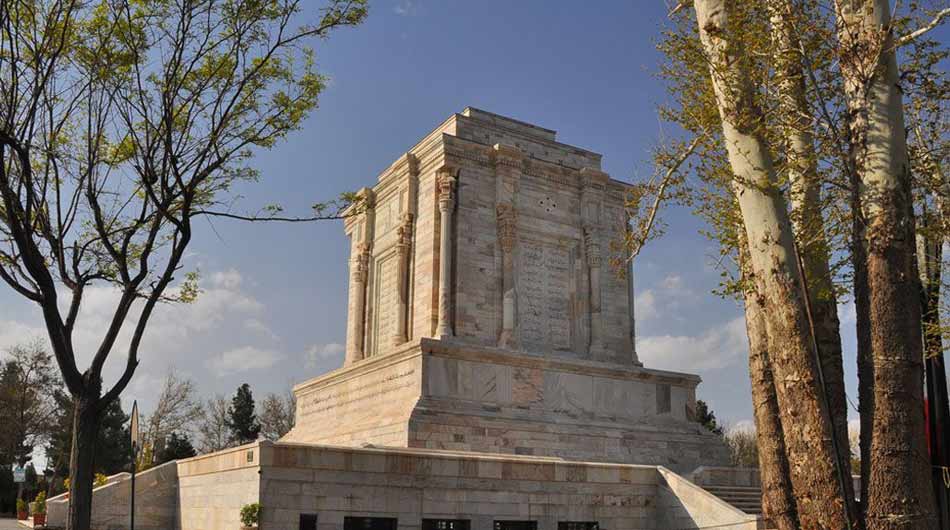 The tomb edifice is inspired by the tomb of Cyrus the great and is cubic in shape some of whose profiles show inscriptions of Ferdowsi’s poems taken the book of kings. Beside the tomb of Ferdowsi, there is a vast pool at the end of which there is the statue of this great epic poet welcoming the visitors. On the northwest of the tomb territory, there is the burial site of another great Iranian contemporary poet, that is, Mehdi Akhavan sales.

The lenght of each side of the main buildings foundation is about 16 m., worked with marble it is adorned by verses from the Shahnameh in the Nasta’liq script. Above the southern stone, a symbol of the Ahuramazda embossment, a replica from Achaemenian buildings is in sight. Among other spectacular aspects of the tomb are Ferdowsi museum in which cultural and historical items are being kept such as pre-historical stone-made items, various types and versions of the book of kings, and a number of paintings portraying scenes adopted from this masterpiece.

Tus museum, which is also designed by Houshang Seyhoun, consists of different parts with various artifacts and artworks on display. One part is dedicated to pots, coins, and other artefacts that archaeologists have discovered in the vicinity of Tus. In another ward, in order to create a better sense of the era, ancient horse riding equipment, such as shields, clubs, bows and arrows and battlefield musical instruments are on display. There are also some historical hand-written scripts of Shahnameh, as well as, paintings and carpets, inspired by stories of the book on the show.

19 thoughts on “Tomb of Ferdowsi”