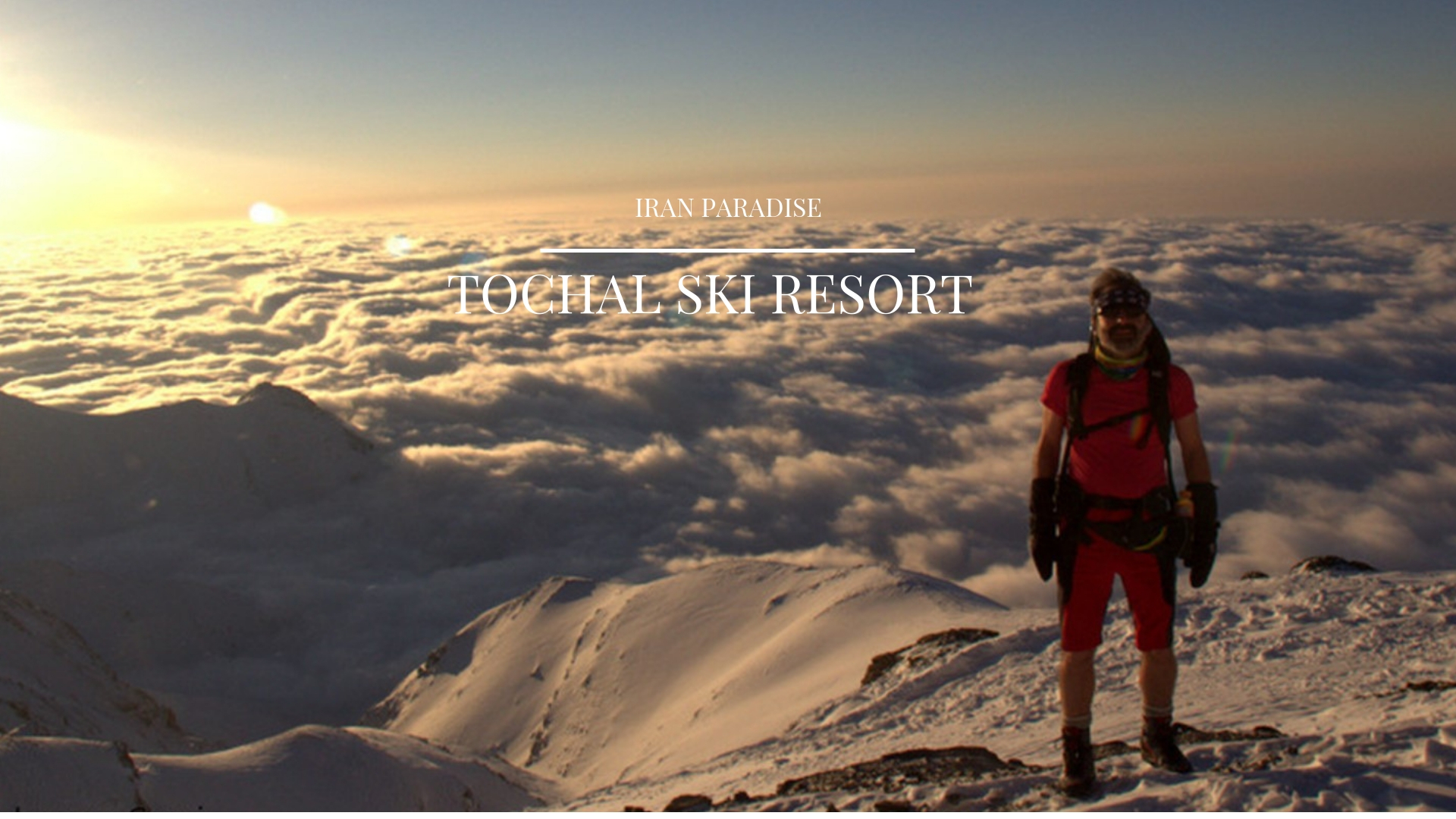 Tochal ski resort can be reached via a four-mile journey by cable car that leaves from the northern suburbs of Tehran (from Velenjak avenue, 10km from the city).  It is the closeset resort to capital city and because of its neighbourhood to Tehran it is very popular with the single daytrip skiers.

It is one of the longest and cheapest cable cars in the world. At 3963m, Tochal ski resort is the fifth highest resort in the world, ensuring a long season from December to at least April and sometimes June. At the summit of the cable car at Tochal there are four ski lifts, two of which stop just short of the summit at 12,800 feet, from where there are magnificent views of Mt Dammavand. 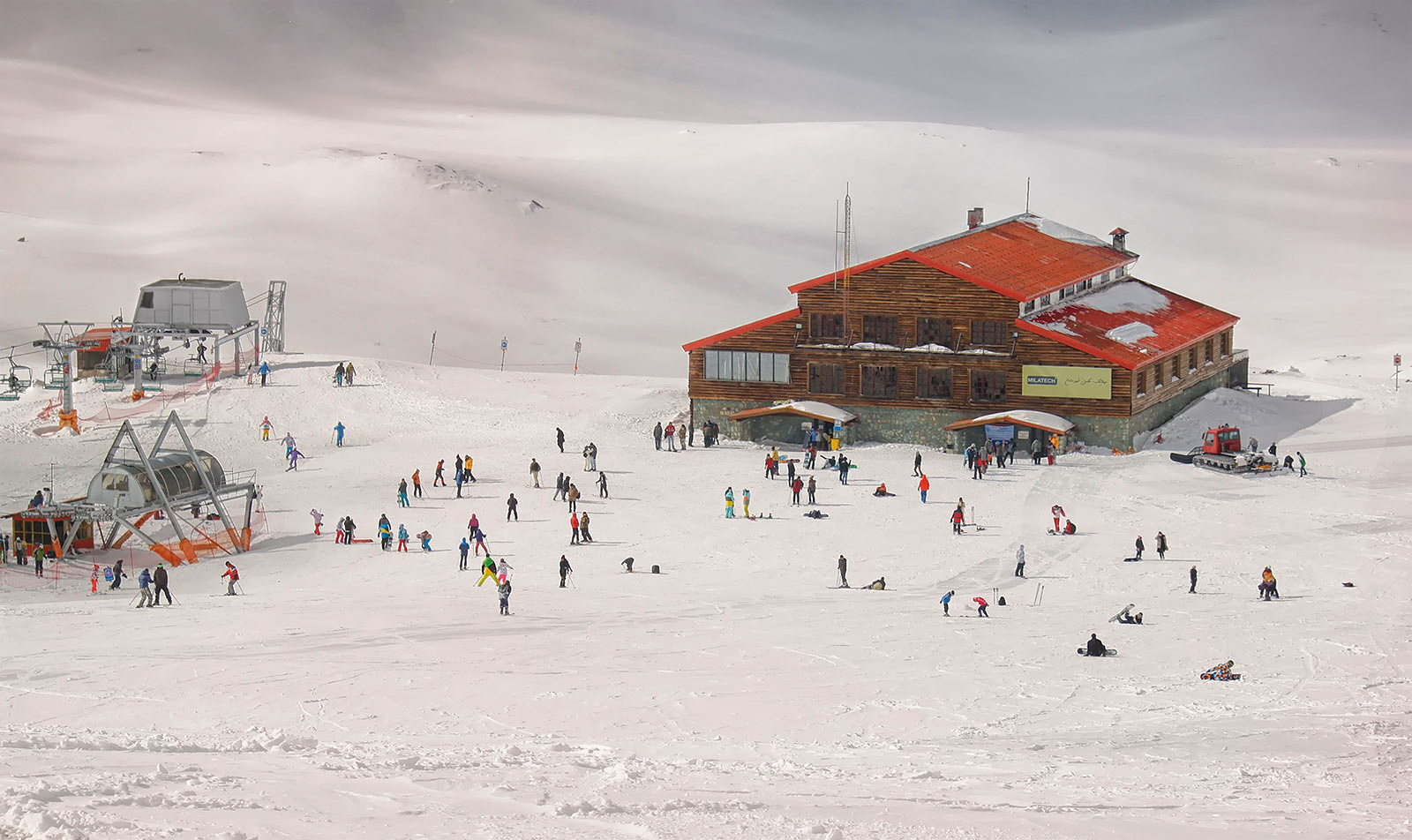 Tochal is the name of a summit, on the Alborz mountain range at an elevation of 3964 m. Many ski enthusiasts and climbers always wished to be able to exercise in the closest heights around Tehran by seeing the beautiful Tochal mount in winter, until the Tochal Telecabin (gondola lift) was established in 1977 and their wishes come true. So, this complex gave the opportunity to ski anytime, just five kilometers from Tajrish Square.

The highest point of the piste is located just uner Mount Tochal summit 3970m, it is an ideal place for skiing and snowboarding and other winter sports. Visit also Tochal Weather Forecast.
Mt Tochal is the best places for acclimatization and exercise before going ski mountaineering on Damavand, a very cool way to become accustomed to Iran ski climate in a short form itinerary, in the first days of your itinerary and your arrival to Tehran, you may use this resort. 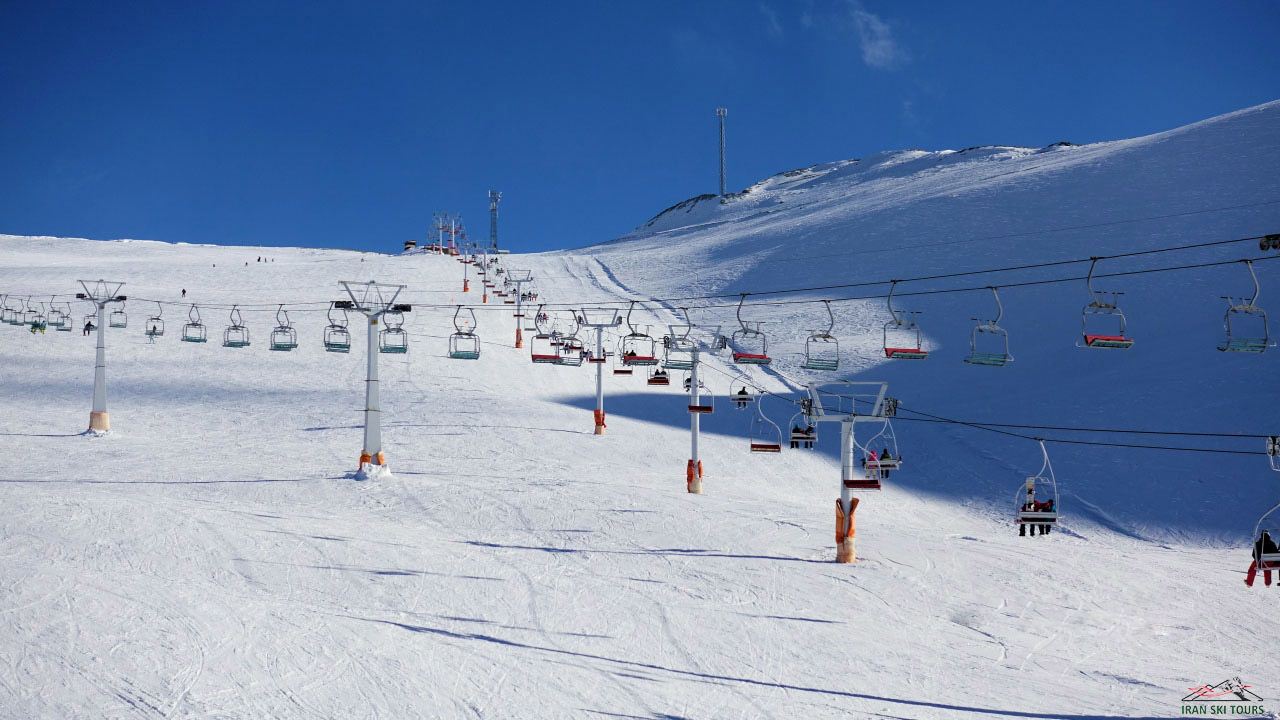 The resort has two chairlifts and one T-bars. There are seven stations on the telecabin route, Tochal ski resort is located at the seventh station, there are two restaurant at fifth and the seventh staion. There is a nice hotel called Tochal Hotel at the base of the resort at 3550m, with 30 rooms and suites. Depending on the climate and the amount of snowfall, the season usually starts in November and lasts until April or even June. 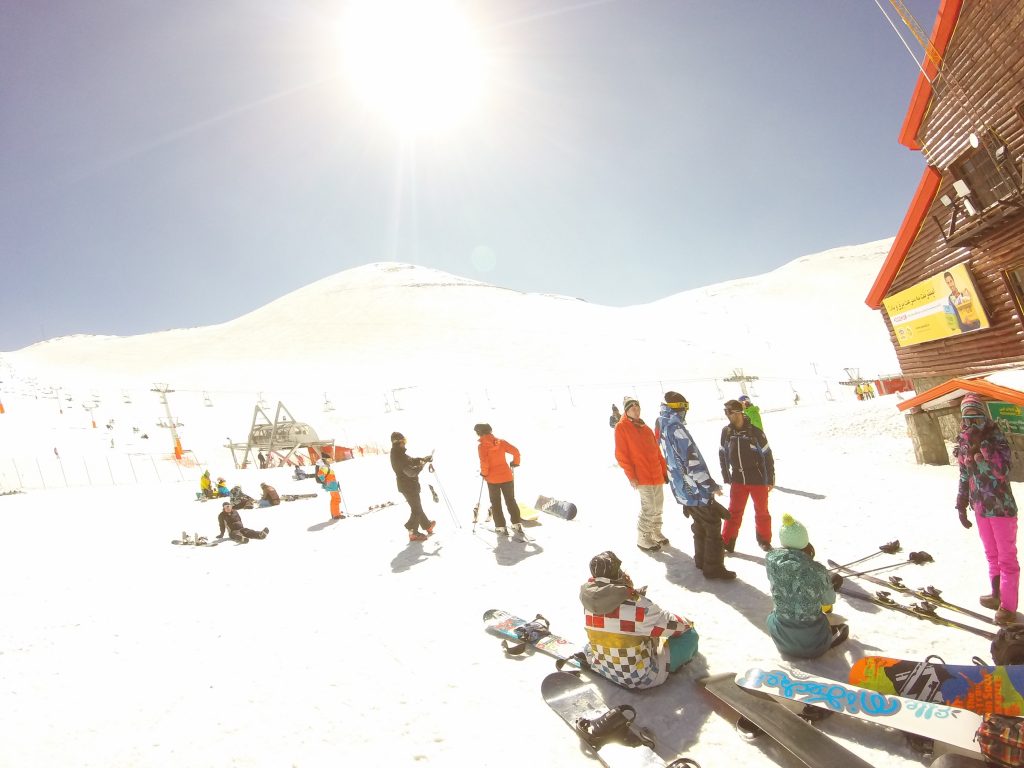