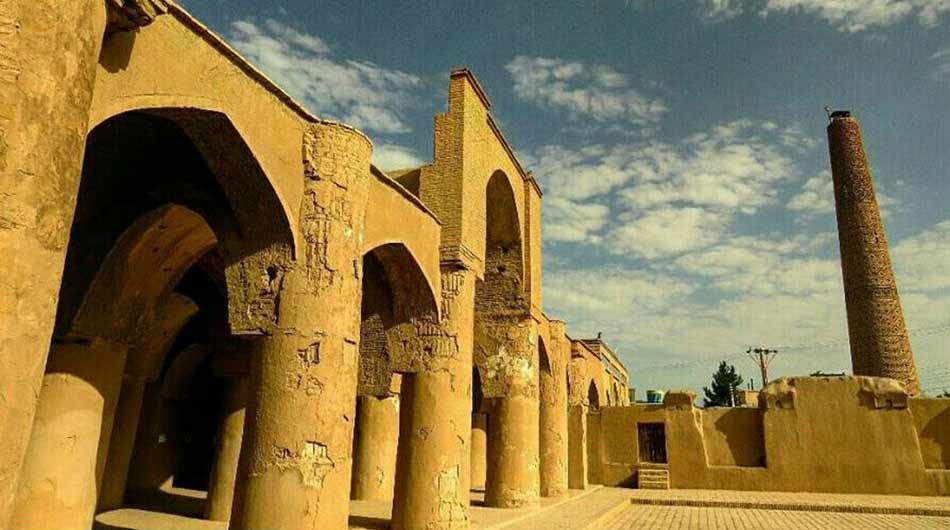 Tarikhaneh Mosque or Chehel Sotoun (40 Columns) Mosque is one of the oldest historical sites in Damghan. Located southeast of Damghan, this mosque is one of the first Islamic places of worship built in Iran. Tarikhaneh Mosque has been built over the ruins of a Sassanid (226-651 CE) fire temple. Consisting of the words ‘Tari’ meaning ‘God’ and ‘Khaneh’ meaning ‘house’, the name of this mosque literally means ‘House of God.’ This mosque can be said to be one of the ancient mosques of the Islamic period, known to preserve and uphold its Sassanid characteristics. The structure is related to the 2nd century AH and the architecture of the said is an intermingling of the Arab-Islamic and Sassanid modes. 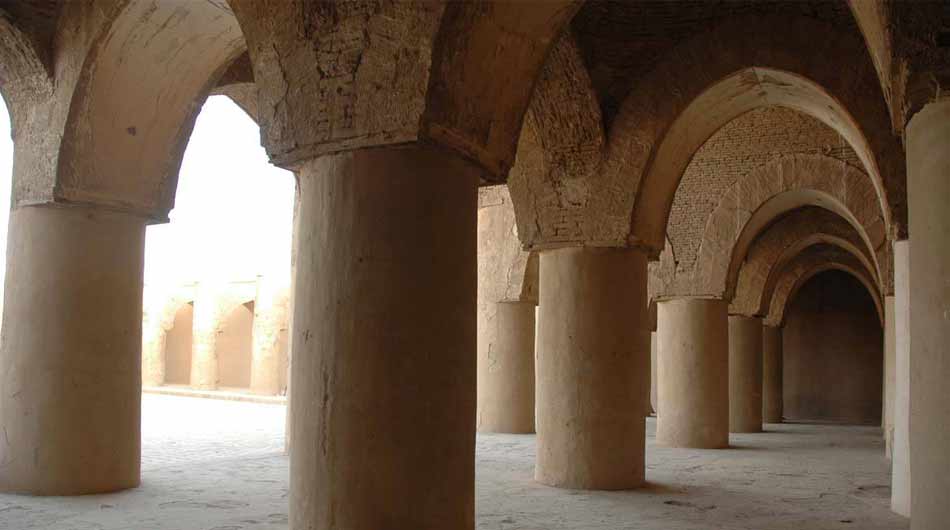 What remains of the original mosque is 26 round, brick columns that are each 6 meters tall and a square-shaped courtyard that is 27 meters long and 26 meters wide. There is a brick minaret in the northern part of the mosque which is now 26 meters tall and has 86 steps. There is a brick Kufic inscription about 10.5 meters up the length of this minaret. Tarikhaneh Mosque was registered as a National Heritage Site in 1931. 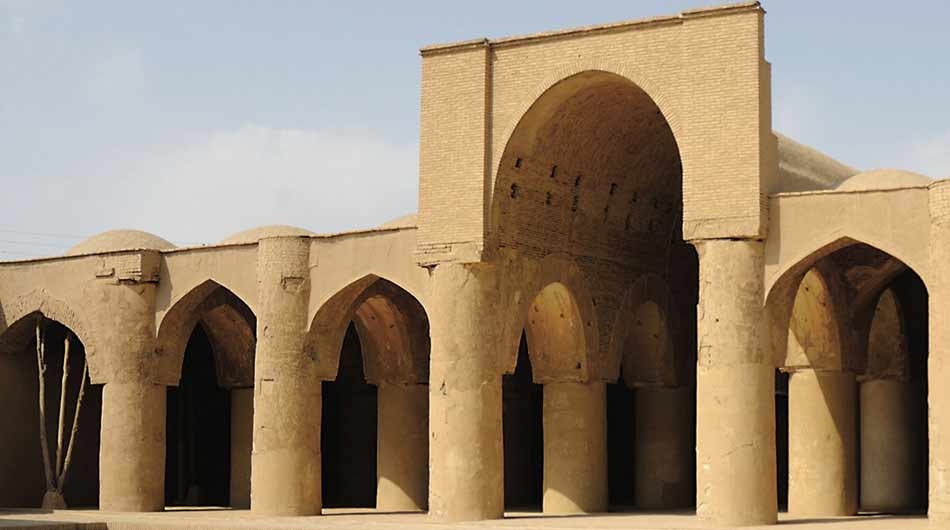 An arcade lines the central courtyard, a single bay deep on all but the qibla side where it increases to three bays. The central aisle on the qibla arcade is wider and taller than the others, a form that presciently indicates the later ubiquitous monumental axis of Persian architecture. The arcades, recalling Sassanian precedents, are formed of fired brick arches, elliptical and sometimes slightly pointed, and massive circular brick piers. Standing together at a distance from the mosque are the remains of a square minaret of uncertain date, possibly part of the original construction period, and a cylindrical minaret from the Seljuk period (1060-1307). The latter is strikingly divided into six zones of ornamentation, each rendered in brick with a different geometric pattern. 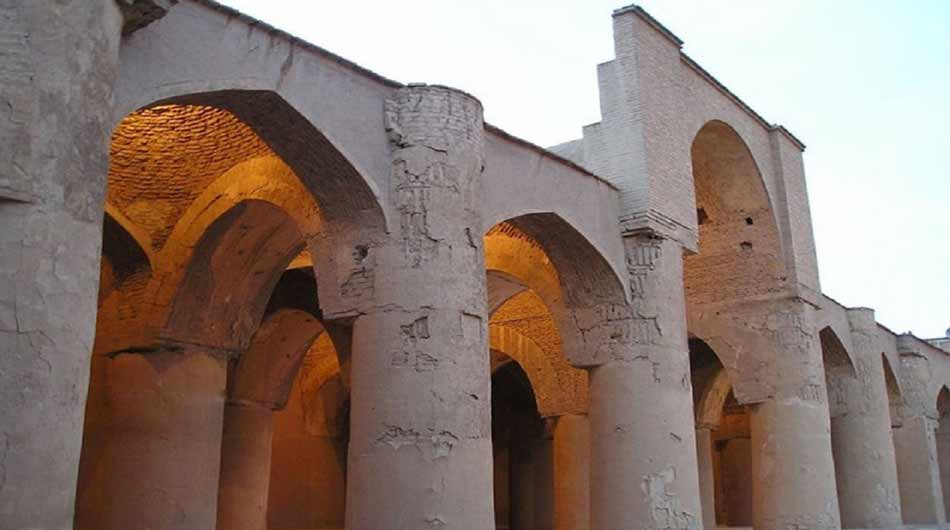 It has an inner courtyard which is almost square in shape and considerably large. Surrounding this are porticoes with brick laid barrel-shaped ceilings, founded on thick, rounded pillars. One of these porticoes being wider than the rest, has an altar behind its wall, with a pulpit alongside. This structure in general has been constructed of sun baked bricks and a minor portion by brick and wood. This structure was initially used as a Zoroastrian Fire Temple during the Sassanid period; however, after the fall of the Sassanid Empire it was rebuilt and converted into a mosque in the 8th century.

The latter was built in 1026-1029 to replace an older 9th century minaret, and is strikingly divided into six zones of ornamentation, each rendered in brick with a different geometric pattern. The minaret is 4.2 meters in diameter; its top has fallen, but originally it must have measured more the 30 meters high, with a gallery supported on muqarnas corbels. The head of Damghan Cultural Heritage, Tourism and Handicrafts Department Mehdi Ghasemi underlined that the historical and religious construction of Tarikhaneh Mosque is the identity of the city of Damghan, which should be preserved for future generations.