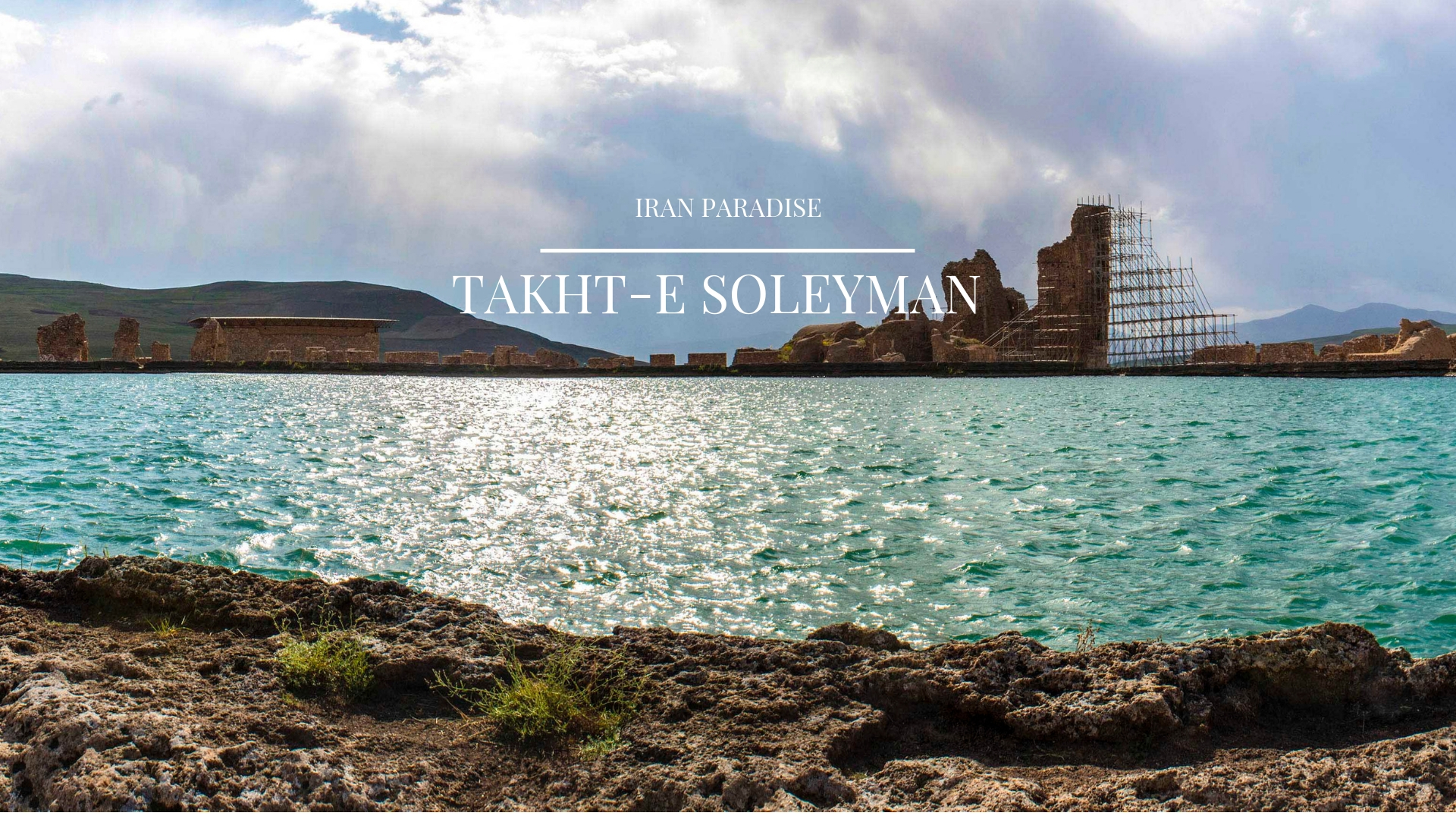 Takht-e Soleyman (also known as Azar Goshnasp Fire Temple) is the name of a large historical area near Takab and Takht-e Soleyman village (previously known as Nosratabad) located 45 km northeast of Takab County in West Azerbaijan province, northwest of Iran. It covers an area of about 124000 sq. m and the name is Persian equivalent for Solomon’s Throne.

Known as an important historical and cultural complex and, according to legend, the birthplace of Zoroaster, Takht-e Soleyman had been the dwelling of different tribes along history: Mendes, Achaemenian, Parthian, Sassanian and Ilkhanian. It was considered as one of the largest pre-Islamic Iranian instructional, religious, social and worship center.

In addition to the historical remains of Azargoshtasp fire temple, located within an oval wall, around a magical lake, with a depth of 12 m, at the center of the complex (equally in summer and winter, the water temperature is usually 21 °C.) and 38 towers on the natural stony plates made from the sediments of the lake, there are some natural settings here: hollow mountain sugarloaf shape (Soleyman Prison Mountain), Castles (Belqeis castle) and monitoring towers, remains of the temples (Anahita temple), halls, hot springs, stone wall made of the lake sediments, rivers, movable grass, various lakes, various mines, beautiful mountain landscapes and heritages of the first millennium BC, old stone mines etc.

The carved stones and large bricks used in the construction of the place have made the monument appearance most unique and beautiful.

Some people believe that the city has been the site of the holy grail of Christ, which he drinks on its last night of life. This cup is famous for the Grail Cup, but no trace of it has been seen on Takht-e Soleyman. The folk belief of this city is considered to be the location of Solomon’s prophet, and points out that extraterrestrial forces, based on the orders of Hazrat Solomon, built massive structures that human beings cannot afford to create. This collection was registered in 1316 with the number 318 in the National Iranian Book List. The name of this work is also on the UNESCO World Heritage List.

The lake is located in the middle of a remote plain, surrounded by mountains. A fortified platform had been built all around the lake holding Zoroastrian fire temple, Anahita’s Temple and a Sasanian Royal ensemble. Although the site was devastated at the end of the Sasanian era and partially rebuilt in 13th century, it’s ruins are precious enough to illustrate a significant stage in human history. 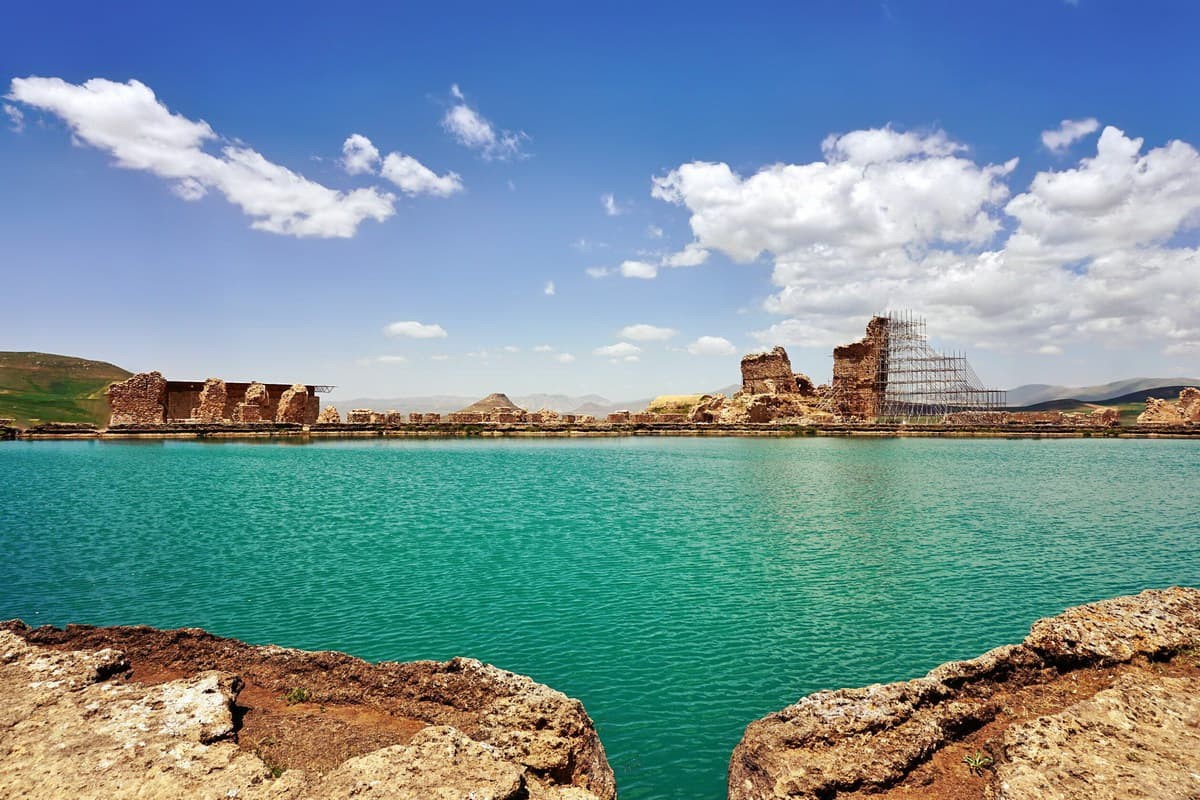 The most controversial treasure that may exist on the lake floor is Solomon’s ring. According to folk beliefs, the whole collection of Takht-e Soleyman was made by super powers who Solomon commanded them. He had a ring that took all his power from it. There is a story telling that the Devil was able to reach the ring and put it into the lake to rely on the throne of Solomon. After this incident, Satan sat down on the throne of Solomon. Some believe that Suleiman the prophet never achieved this ring, but there are other interpretations that says that Solomon was able to remove the ring from the stomach of a fish that had eaten it and defeat Satan.

A temple attributed to Anahita, the goddess of water which is located to the northeast of the lake. People used to praise water in this temple. In some periods it was customary, in time of wars, to throw valuable and precious votive objects to the lake and believed that Anahita would protect them against enemies. So, there is hope for great treasure lying at the lake bed!

There are also two adjacent sites, namely Kooh-e Belgheys (Belqeys Mountain) and Zendan-e Soleyman (Solomon’s Prison). Belqeys was the name of the Queen of Sheba, Solomon’s wife, according to Islamic tradition. 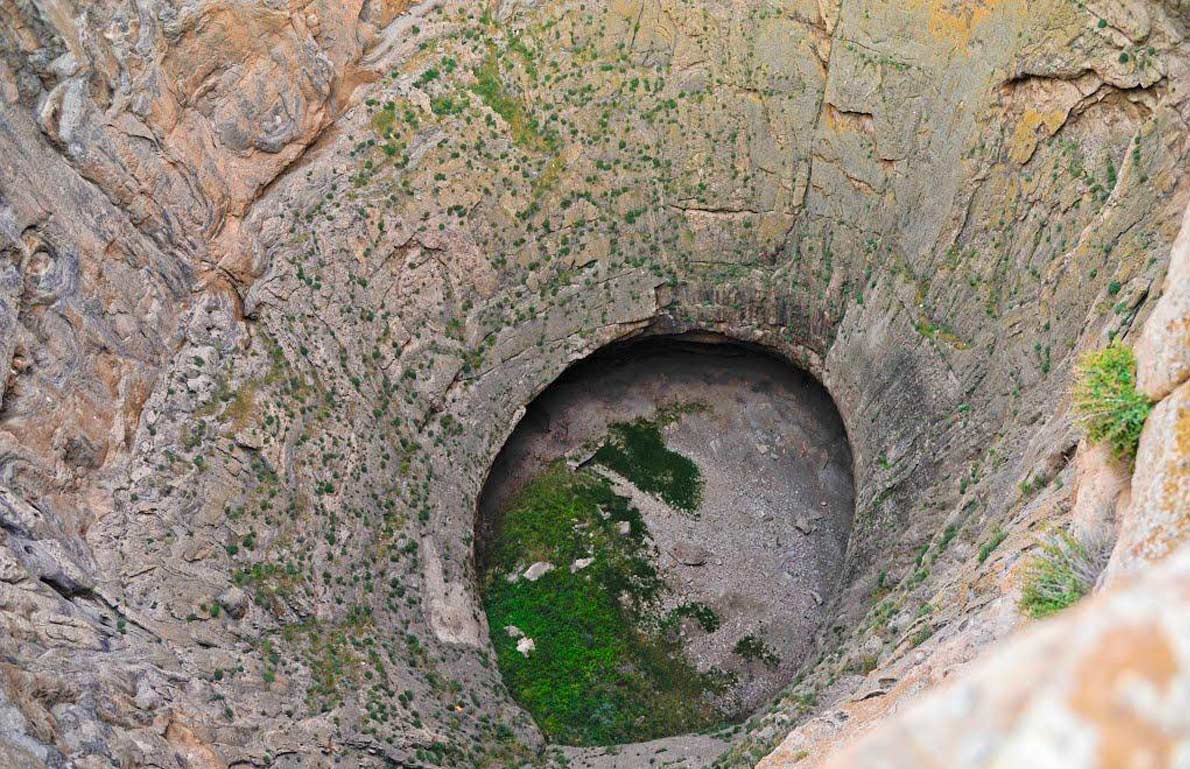 Takht-e Soleyman is considered the most important site for the early monotheistic faith of Zoroastrianism in the Sasanian empire. Not only Islamic architecture was inspired by the design of the fire temple and the general layout of the site, but also eastern and western cultures benefited from it as an architectural reference. The site holds other archeological mounds and mountains among which the most famous one is Zendan-e Soleyman (lit: Prison of Solomon) located in the eastern part of the region.

Takht-e Soleyman is considered the most important site for the early monotheistic faith of Zoroastrianism in the Sasanian empire. Not only Islamic architecture was inspired by the design of the fire temple and the general layout of the site, but also eastern and western cultures benefited from it as an architectural reference. The site holds other archeological mounds and mountains among which the most famous one is Zendan-e Soleyman (lit: Prison of Solomon) located in the eastern part of the region. 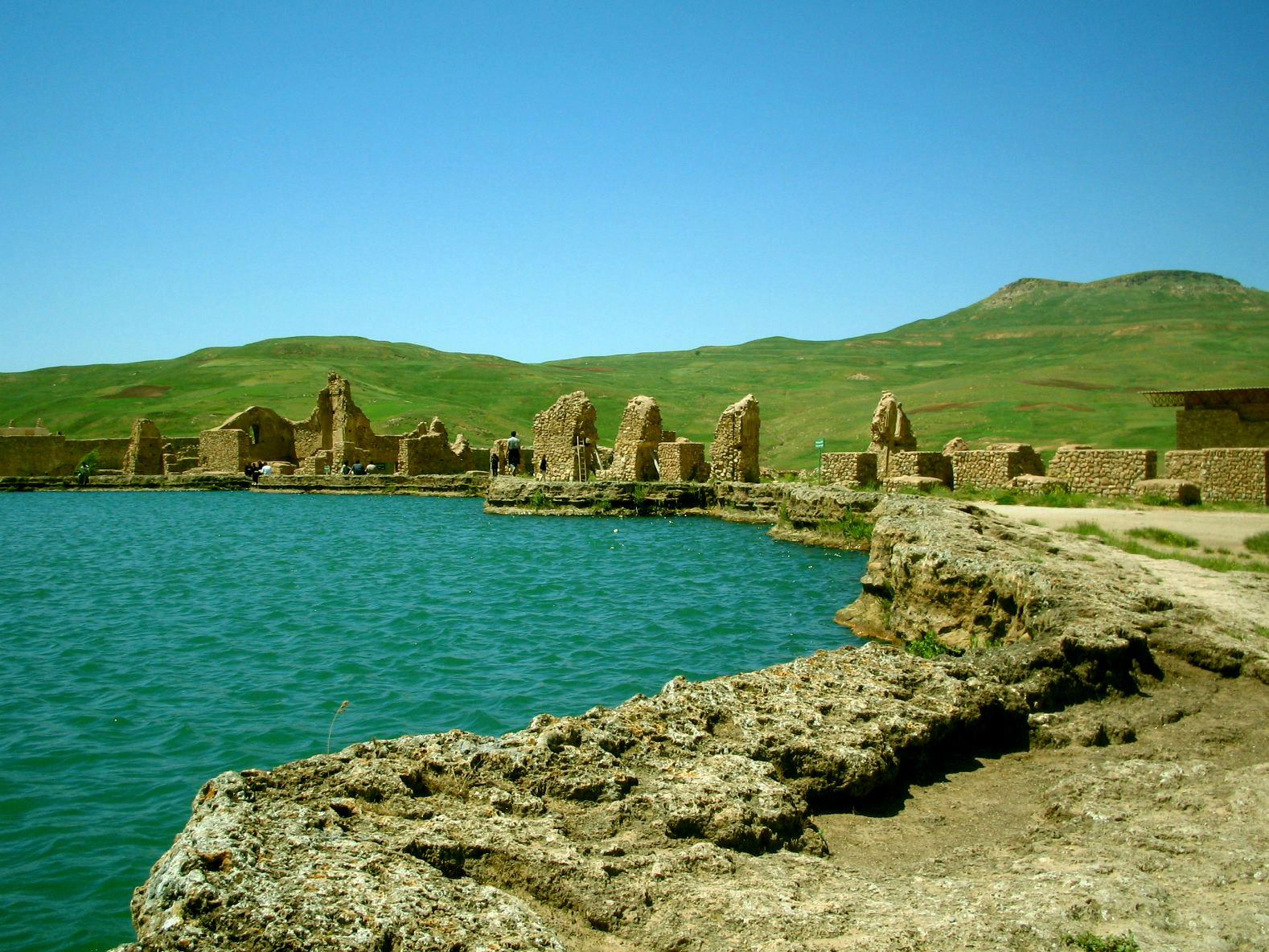