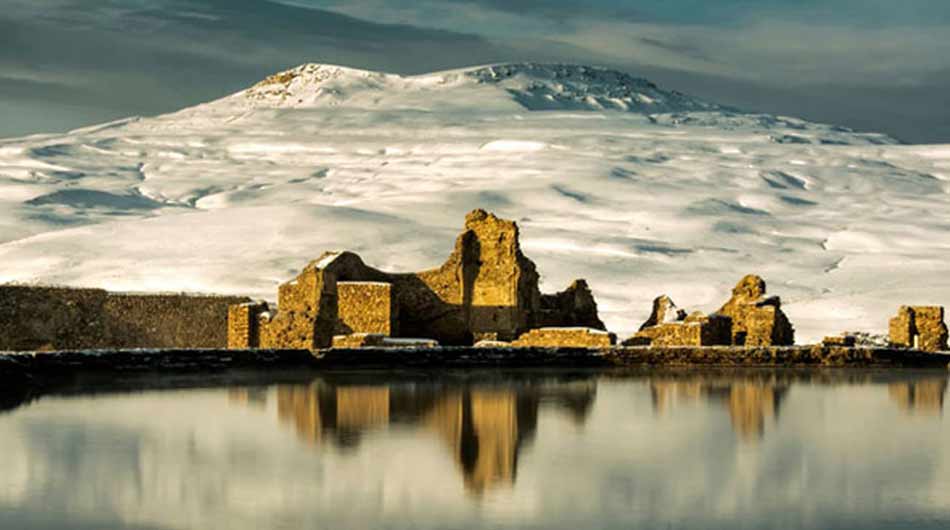 45 km east of Takab, Takht-e Soleyman is located in a very green valley with many beautiful sights and unique historical areas. The beautiful and high city of Takht-e Soleiman has other names such as Ganjak city and Azargoshnasp fire temple. A complex of historical monuments has been built in Takht-e Soleyman around a sedimentary spring. The archaeological site of Takht-e Soleyman, in north-western Iran, is situated in a valley set in a volcanic mountain region. The site includes the principal Zoroastrian sanctuary partly rebuilt in the Ilkhanid (Mongol) period (13th century) as well as a temple of the Sasanian period (6th and 7th centuries) dedicated to Anahita. The site has important symbolic significance. The designs of the fire temple, the palace and the general layout have strongly influenced the development of Islamic architecture. 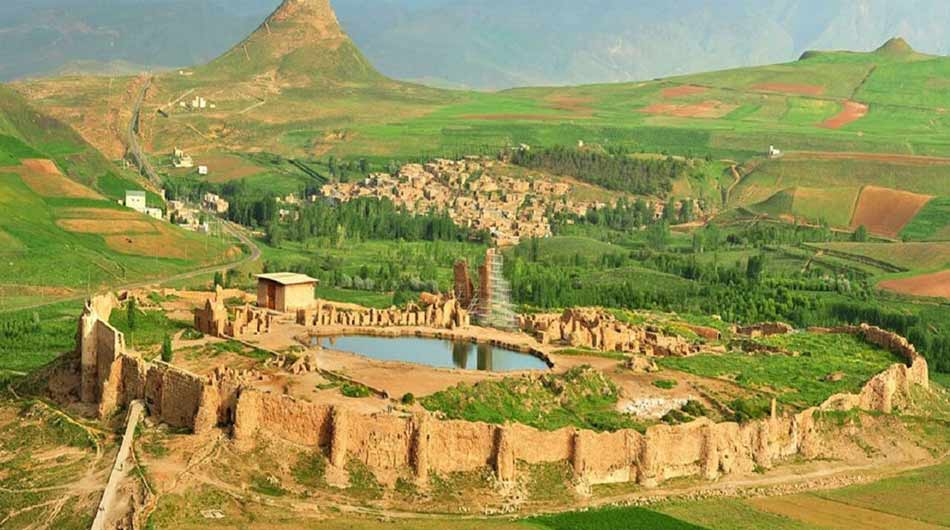 There is no mysterious place than Takht-e Soleyman in Iran. Some say there is a hidden treasure in its deep water, some say demons were kept in its prison, some say it is the birthplace of Zoroaster and the legend has it the Holy Grail might be hidden somewhere here. Stay tuned to read more about this UNESCO World Heritage Site in West Azarbaijan Province, Iran. The queen of Sheba brought gifts for the wealthy and wise king, Solomon, whom she heard stories of and tested him with her hard questions. Solomon told her all the answers and, as reciprocation, invited her to his fabulous throne. Solomon’s demons made the water of the nearby magical lake warm. Years passed, the water remained warm so did the mystery of the lake. 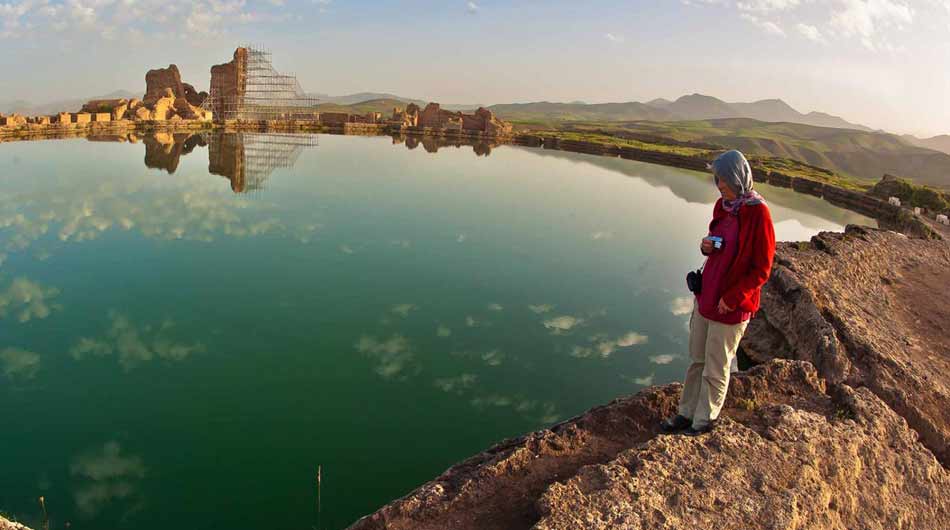 Considered to be the treasure gem of the throne of Solomon or Takht-e Soleyman, the warm lake is one of the unrevealed mysteries of history. Based on the mythology, Solomon touched a cliff near the place queen of Sheba was dwelled; the water sprang from the cold stone and shaped a lake. Then he commanded his demons to make a huge fire deep down in the earth, under the lake, to make the water warm and protect the queen from the cold weather. After years, the demons, unaware of the death of Solomon, still keep the fire alive and this is why the lake water has remained warm. Native people believe the blood-curdling sounds from surrounding mountains belong to these sad, lonely fallen angels. 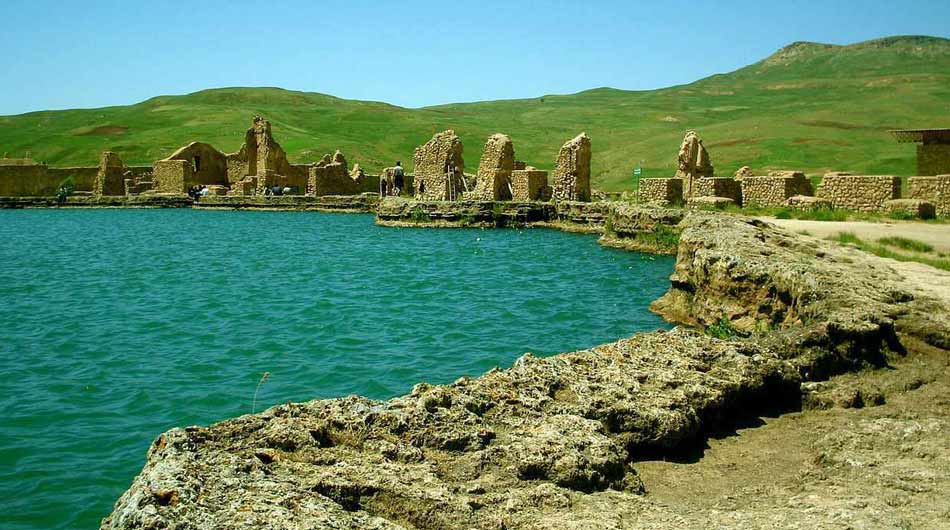 This temple housed one of the three “Great Fires” or “Royal Fires” that Sassanid rulers humbled themselves before in order to ascend the throne. The fire at Takht-i Soleiman was called ādur Wishnāsp and was dedicated to the arteshtar or warrior class of the Sasanid. All the structural relics have been constructed within an oval shaped rampart. The exterior rampart with 5 m. thickness, 14 m. height and outer circumference of 1,200 m. has 38 conical defense towers. The outer wall is a remnant from the Sassanian period. During the Ilkhanan reign, a new gateway had been constructed adjoined with the former southern gateway. Within the oval rampart there are two square plots, with uniaxis and different centers.

Having the same warm temperature at all the times of the year, along with tales narrating the presence of the valuable materials deep in the lake, Takht-e-Soleyman is considered to be one of the most significant mystifying heritages. The science of geology answers part of the question. Based on geological findings, the lake shaped as a result of a geographic phenomenon dated back to 70 million years ago, when, caused by continental formation, melts from some ancient volcanoes flew and brought atmospheric waters, warmed deep down the earth, on the surface, which in their turn, shaped warm springs such as the lake of Takht-e-Soleyman.