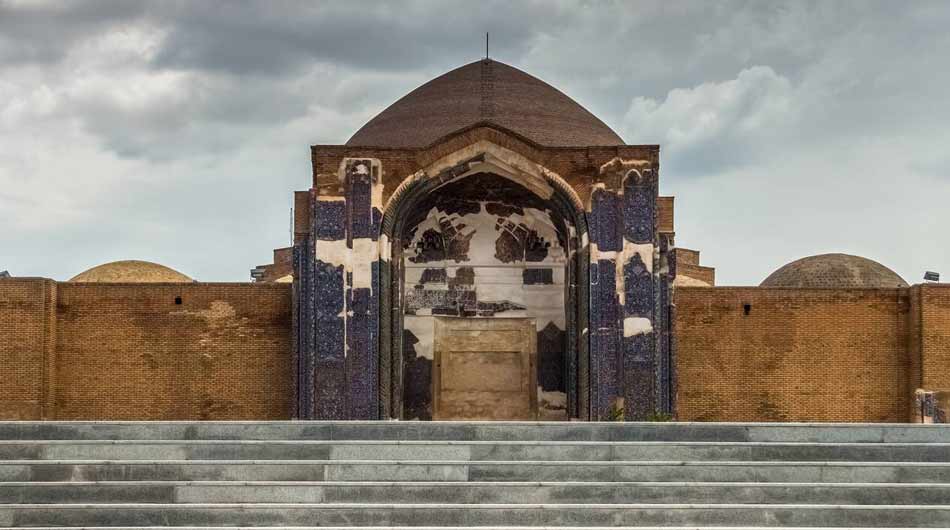 Among all the sights in Tabriz, there is a really beautiful and outstanding mosque that is unique in every way. The Blue Mosque of Tabriz has numerous injuries from the hardships of the time, but it still stands strong and proud despite all of these ups and downs. The lady of Jahanshah’s court persuaded her to build a huge and beautiful mosque in Tabriz around the year 450. A stunning structure unlike any other in Iran. Have you heard the adage that doing good is like filling a void? For almost 600 years, Jan Begum Khatoon’s encouragement and Jahanshah’s construction of the mosque in the finest way possible have kept their names alive. Anyone who enters the building of this building and sees its beauties, cannot deny the beauty, good architecture, and artistry in this mosque. Although this mosque was severely damaged by a terrible earthquake many years ago and its beauties were handed over to history, but still the tiling, mirror work, and beautiful -blue color of the mosque show the most eye-catching picture frame to the spectators. In 1193 AH, almost nothing of the mosque was left after the earthquake. Large domes, large parts of the patterned walls, and tiles were destroyed. 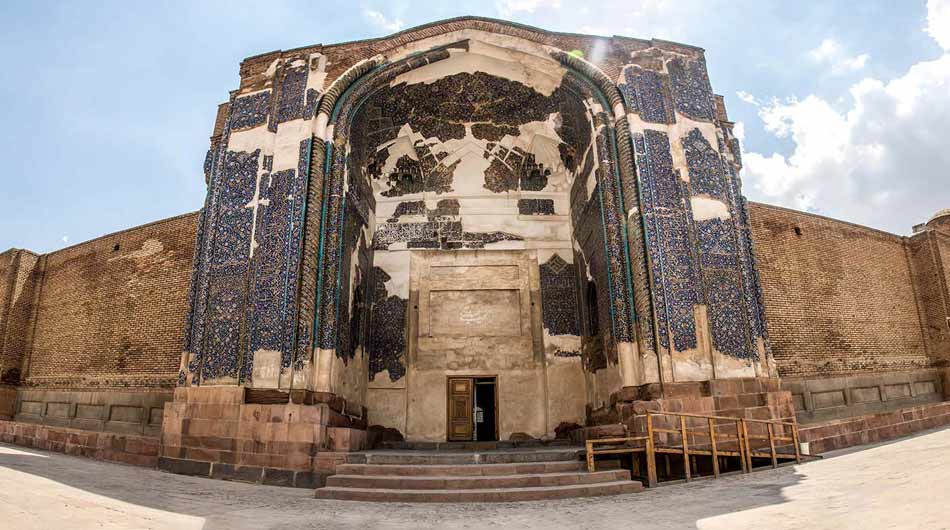 This issue caused great Iranian artists and restorers such as Professor Reza Memaran to gather in Tabriz from 1318 to 1955 to console the Blue Mosque. This well-known and significant Iranian architect was 39 years old when he stood on the restoration of this building, and 30 years had been added to his life by the time he left. Since 1310, when this mosque was added to Iran’s list of national monuments, it has almost no other use. This mosque is visited by numerous people every day and night. 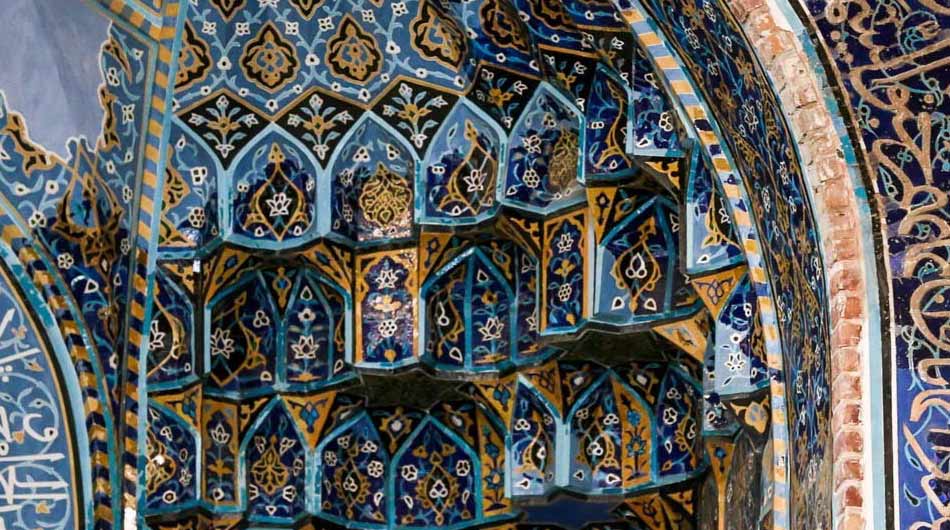 They sit and stare at the blue tiles, speak, and then depart, oblivious to the fact that history has inflicted so many scars on the structure, and he has never been asked a question. The Blue Mosque of Tabriz differs from other buildings of the time in three ways. The first case is the tiling and color combination of tiles and bricks in this building, which has not been useless in naming the mosque. The mosque’s corners are composed of bricks. Each brick has been stacked with the work and artistry of Iranian architects. Tiles and colored tiles that, following the artful placing of the bricks together, arcuate the lower columns, inscriptions around the dome, and the mosque’s walls. 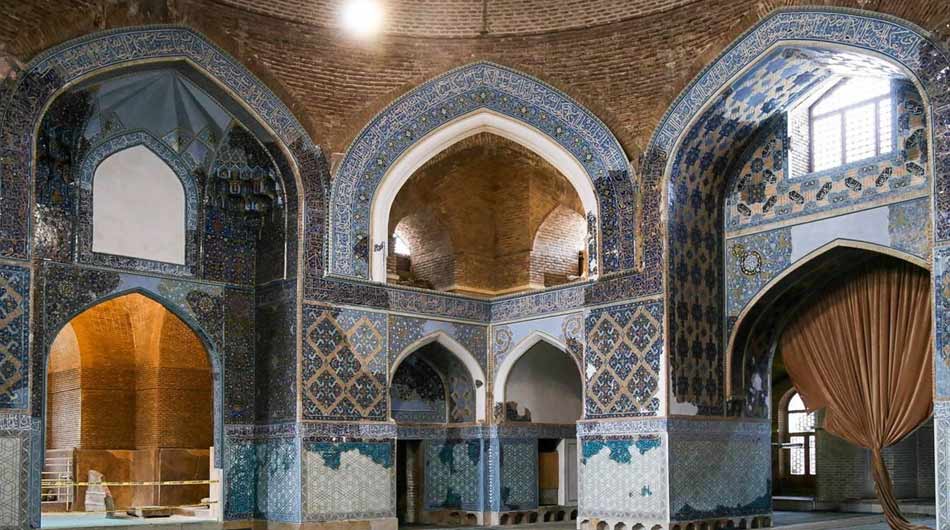 The Blue Mosque, with dark blue and turquoise tiles, is one of only four blue mosques in the world. Another feature of the mosque is its special architecture and its construction under climate and weather conditions. The fact that an architect, 600 years ago, thought about the climate of the building and knew the solution to Tabriz’s climate problems and used them while building the mosque, is a great masterpiece that should be encouraged. It is a pity that Izz al-Din Qapuchi is dead. Third, The plan is to build a mosque  . There is no side porch to the mosque, and after entering the mosque and passing through the porches, you enter the main courtyard itself.

A porch is surrounded by four large and sturdy columns, which support the large dome of the mosque. Parallel columns and square scenes are recurring features in the architecture of this complex throughout. The fact that architecture can hold such a large dome on four pillars completes Izz al-Din Qapuchi’s masterpiece. A part of the mosque that we did not discuss much in this article is the altar of the main nave, which was most likely destroyed in the earthquake. The fact that even after all these severe injuries, traces of glory and beauty can still be seen in the sanctuary of this mosque makes me more proud, because I realize what intelligent and artistic people once ruled Iran.