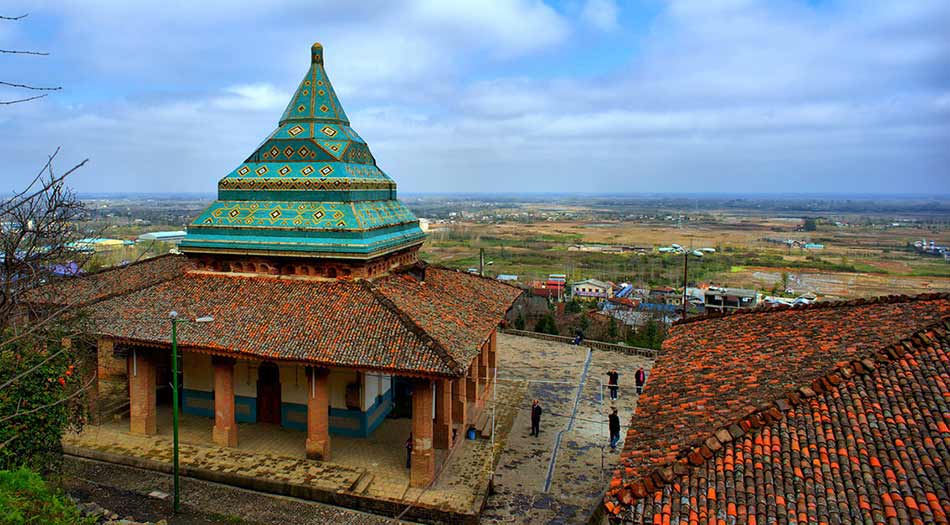 Sheikh Zahed Gilani’s Shrine is one of the national monuments of Iran surrounded by rice farms and tea gardens. You will see this shrine four kilometers east of Lahijan in the north of Iran. Not only you can enjoy marvelous nature, green mountains, tea gardens, and delicious muffins, but also you can visit tourist attractions of Lahijan that is known as the bride of Gilan province. 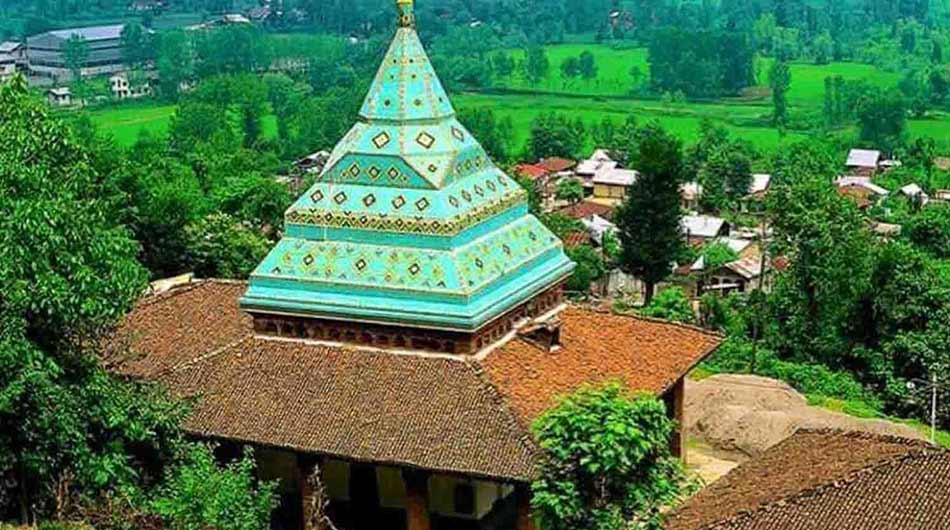 Sheikh Zahed Gilani’s monument is a building located in Sheikhanour in the 3 kilometer distance of Lahijan, in Gilan province, which according to some resources, it is believed to be the grave of Sheikh Taj Al-din Ibrahim, known by the name “Sheikh Zahed Gilani” one of the great mystics and dervishes and one of the masters of Sheikh Safi Al-din Ardebili. This building has an azure octagonal brogue dome and is surrounded by the rice and tea farms and forest, and it is one of the touristic destination of Gilan province.

Half close your eyes and you could almost imagine this beautiful shrine as a Buddhist temple in the Nepali foothills – all that’s missing is the ek on the dome. Dedicated to a Sufi mystic, Sheikh Zahed Gilani (1236–1301), the mausoleum, with its distinctive blue, pyramidal roof, is an important pilgrimage site. Originally dating from the Safavid era, the shrine has been rebuilt several times. 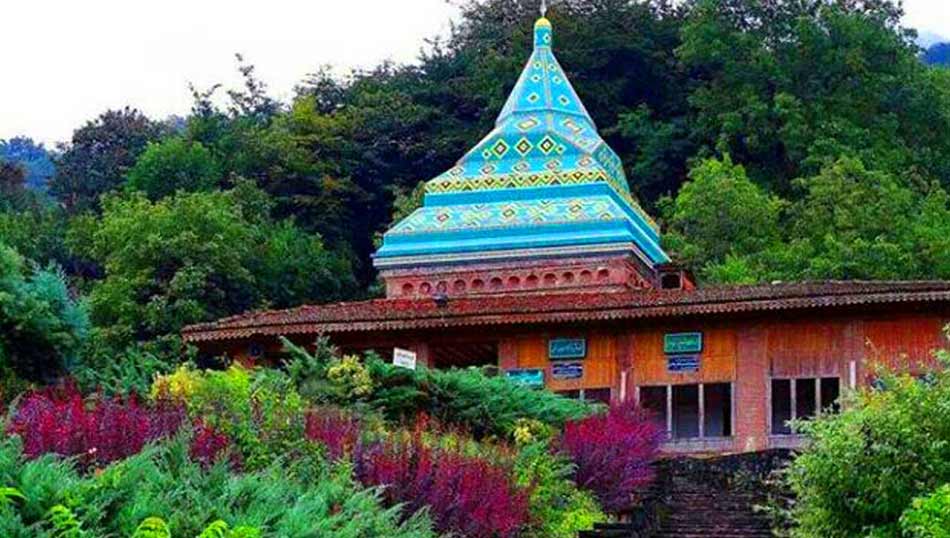 The Sheikhanvar or Historical structure of Sheikh Zahed Gilani’s Shrine is situated in the Sheikhanvar village near Lahijan. This Shrine covered with earthenware tiles is of a pyramid shape, with a pointed dome and ceiling of plaster work. The only inscription on the wooden chest on the tomb reveals the date of 832 AH. The architectural style of the structure displays the effects of the 8th or 9th century AH.

A turquoise pyramid dome amazes you at the first moment, with an architectural style that belongs to the climate of Gilan Province. This pyramid dome covered with yellow, blue, white and black tiles and floral patterns. This shrine consists of two foursquare chambers with a specific dome above it. On the northern side, there is a balcony with seven columns called Filpa; Filpa is a kind of column that became wide in the lower part. Also, there is a balcony with six Filpa on the eastern and southern side of chambers. Sheikh Zahed Gilani’s Shrine includes a wooden Zarih that covered with green tiles. The inner ceiling of the shrine has stucco; the rocks that are mounted at the foot of the wall decorated with colorful tiles. Around the dome and other parts of the building is covered with pottery.

The walls of the porch are 115 cm high, which were later ornamented with seven-colour tiles of the Qajar era, and in different parts of the porch there are niche windows with curved vaults. The pyramid and octagonal dome, which is the most beautiful feature of the building, has a steep slope that allows rapid rain waters to pass. Its surface is covered with yellow-blue, and white-black tiles, with traditional, flower-like designs, which double its beauty. The rest is covered with ceramic.

You can travel Lahijan in Gilan Province and see a marvelous nature. This city is known as bride of Gilan Province. Lahijan has a hot and humid climate in summer. Winter includes strong and warm winds and snowfall. The average of humidity is 76% to 79%, but it can reach to 100%. The best time to visit Sheikh Zahed Gilani’s Shrine starts from late April to early June.