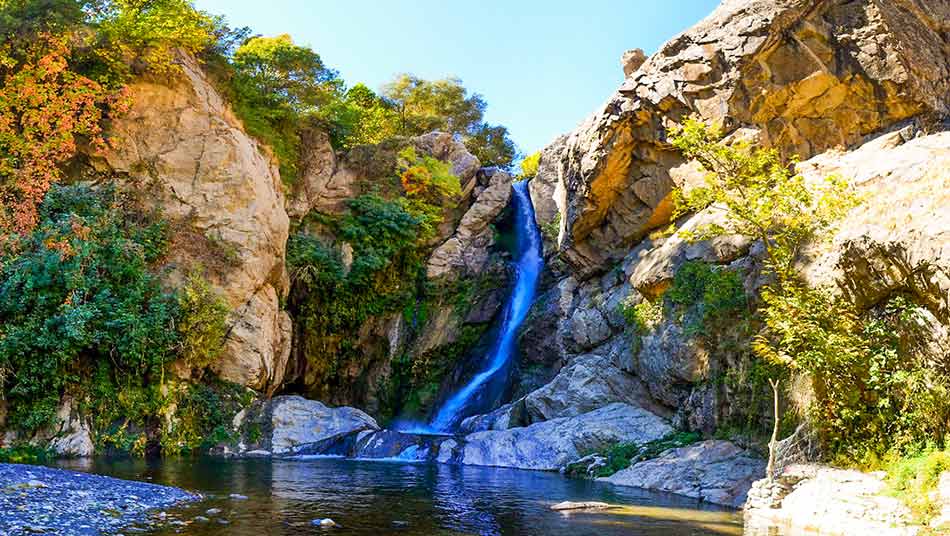 Shalmash Waterfall is one of the rushing waterfalls of Iran located in West Azerbaijan 15 kilometers south of Sardasht County. It is considered as one of the most important waterfalls in West Azerbaijan. This county is 1500 meters above sea level and has an area of 1411 kilometers. It experiences the highest level of water during the spring and it finally falls into a green and beautiful valley. 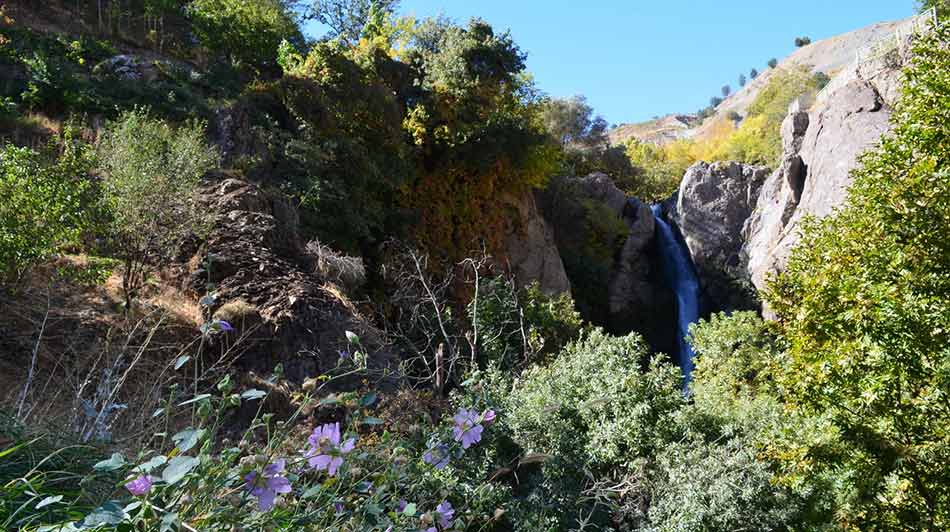 Sardasht is among the border cities of Iran and it has a 100kilometer common border with Kurdistan of Iraq. The city shares land borders with Kurdistan to the south and is about one hour and a half away from Baneh. Its northern neighbor is Piranshahr and the eastern one is Mahabad. It also reaches the border of Iran and Iraq to the west. This city is placed on the hillside of Gerdeh Sur Mountain. For most Iranians the name of Sardasht evokes the war and its horrible circumstances during the chemical bombing by Iraq, however, a travel to this beautiful region and visiting the wonderful landscapes may partly fade the unpleasant memories of those hard years. 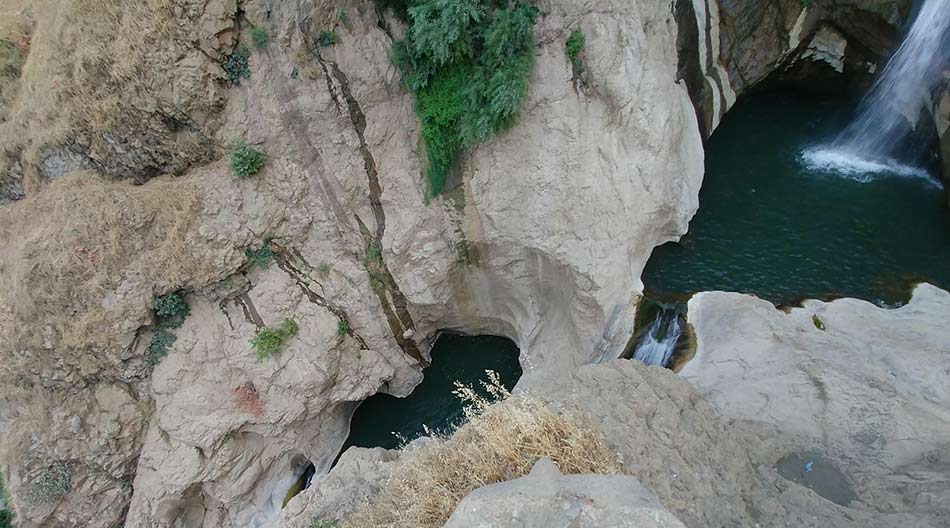 Shalmash which is a branch of Zab-e Kouchak River, has approximately 15meters height. The beauty of this waterfall is further enhanced by the green beautiful valley and scattered forests in surrounding area which is being utilized as a recreational site by people. The waterfall consists of two parts: central part and Vazineh. At first glance, it appears to be a single waterfall, but there are two other waterfalls hidden within it, making it beautiful and amazing. In fact, the fall includes three small waterfalls which have been arranged in a sequence. So that, the last one is close to the parking. In order to see two other waterfalls located in the lower part of the valley, one has to go down through the staircase which has been built along the route of waterfall. You can reach the lake under the waterfall after 385 stairs.

In the Kurdish language, Shalmash means a large rock and it is called Shalmash due to the height and Rocky Mountains from which the cascade flows. In addition to being a scenic site, their environs are used for recreation, including swimming. The flora around the waterfall includes the walnut, oak and pomegranate trees. The greenery of this place is indeed exemplary in the spring, however, the snowy landscapes and ice appearance is among other attractions desirable for nature trekkers. There is about 20km way between Sardasht and Shalmash Waterfall. It also should be said that there exists a tourism and recreational complex close to the waterfall.

Shalmash Waterfall is a great battle between water and height, spectacular scenery that absorbs every visor in the power of God. This waterfall, located 241 kilometers from Uremia, has beautiful and unique landscapes, and is one of the most beautiful natural attractions in West Azarbaijan province. These three cascades are arranged one after the other. To see the next two cascades, visitors must move a rather large distance and enter a deep valley. During the spring, this waterfall is filled with endless streams. The weather is cold until May, but it can be a good time to travel to the area from early May to mid-fall.