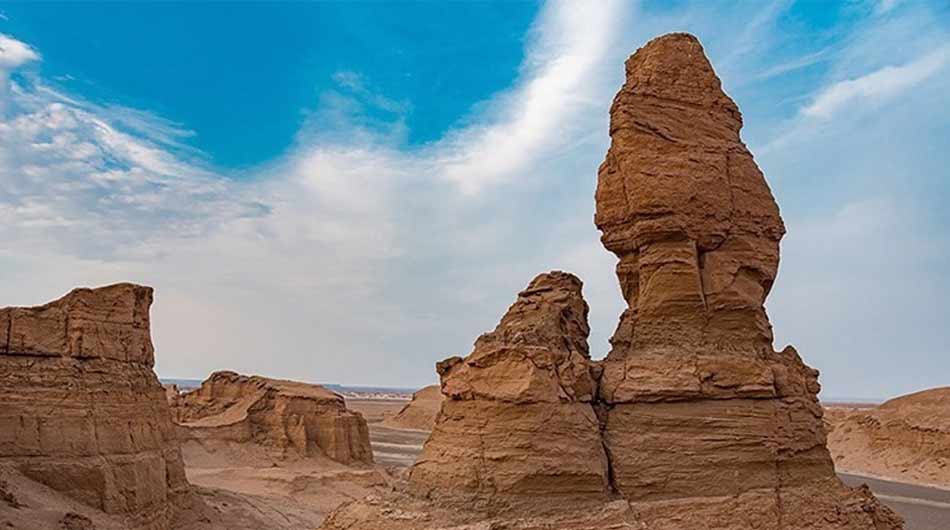 Shahdad kalouts are located in the city of Shahdad, in Kerman province. It is a part of a bigger desert, “Lut Desert”. From afar it looks like a large complex of structures, but as you get closer their shapes get more defined and become more natural and beautiful. Wandering around a landscape covered with hundreds of natural, towering sculptures in Shahdad desert, which resembles a Star War Hollywood scene, sounds tempting to any adventurous traveler. Raised from the sands and water and created by the wind, these geological landforms are known as “Kalouts” and are among the most mysterious and astonishing attractions located at the edge of Dasht-e-lut in the center of Iran. This magnificent region has been listed among the World Heritage sites of the world, registered by UNESCO. Moreover, it has been among the most popular touristic destinations in Iran recently. 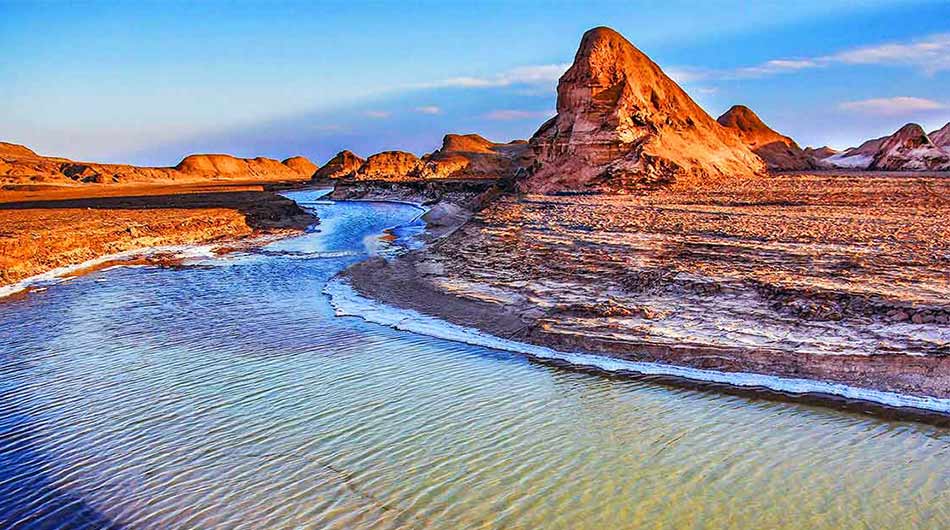 Many people travel this far to enjoy the sunrise and sunset from this spot on earth. According to researches the desert and the Kalout region have been identified as the hottest spot on earth. In year2005, NASA measured the temperature of the Shahdad area in the Lut Desert by about 70.7 degrees centigrade. Kalout is one of the greatest natural phenomena, located 40 km southeast of the city Shahdad. These Kalout has a length of 145 km and a width of 80 km, covering an area of about 11000 km2. Aeolian sand, clay, and marine clay mainly cover the area between the Kalouts.

Wind and salty water have played important roles in forming these natural structures. So these kalouts have been formed as a result of erosions caused by wind and salty waters. There is a variety of recreational facilities available in the resort of Shahdad Kerman, which has attracted many tourists to the area annually. 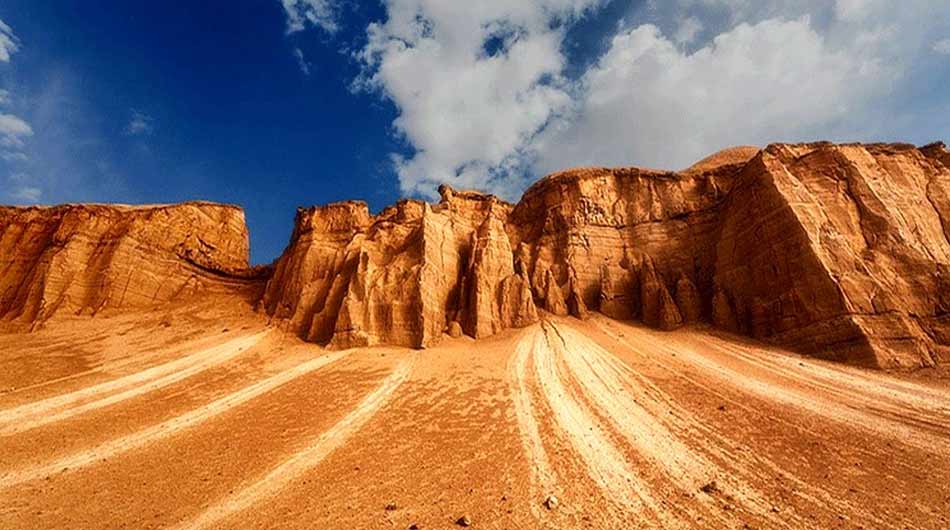 In 2019, a flood destroyed the Shahdad – Nehbandan road, which was part of the unfortunate consequences of this flood. From another perspective, we will see this flood, as a result of which a lake appeared in the desert of Lut and Kalut Shahdad. After the emergence of the young lake, many migratory birds were attracted to this area. The width of the lake blocked the road from Shahdad to Nehbandan. The remains of the road are still there and the electricity poles are in the middle of the water of this lake.

The Kalouts that emerge from the lake’s water are like beautiful islands. The emergence of the lake, in addition to desert irrigation, has made this region one of the natural attractions in Iran. The emergence of a young lake near the hottest spot in the world is very strange.  It is not clear how long the lake will last. Lack of rain in the area and hot weather are likely to cause the lake to lose water soon.

The amazing landscapes are mainly caused by strong winds of Semnan, which blow 120 days of the year between June to October and erodes the wall of the Kalouts. The only permanent river of Dasht-e Lut, stemming from the north-western mountains of Birjand, is another important natural phenomenon which influences the formation of these giant mud sculptures. It is called Roud-Shour (Briny River) and contains a huge amount of salt and minerals.

The scenery created by the Kalouts looks absolutely unbelievable and at a distance, they seem like the ruins of an empty city with huge rocky houses. That’s why some locals call it “the ghost city”. No life exists here and this desert is considered to be an abiotic zone, meaning no creature or plant survives in such severe condition. In fact, as you move towards the Kalouts in Shahdad from Sirch city, less and less plants are observable.