Saryazd Castle is located near Yazd-Kerman Road and in Koshtkhan Field beside Saryazd Village and is one of the greatest and most beautiful castles of Mehriz County along with Mehr Padin Castle. The castle has been one of the oldest and largest bank safe-deposit boxes in Iran and the world where cereals, money, gold and jewelry were kept during invasions. The castle has nested concentric walls with impregnable high towers that is surrounded by a moat with a six meters width and depth of four meters with a wooden bridge over and the trench is considered the first defense layer of the castle. 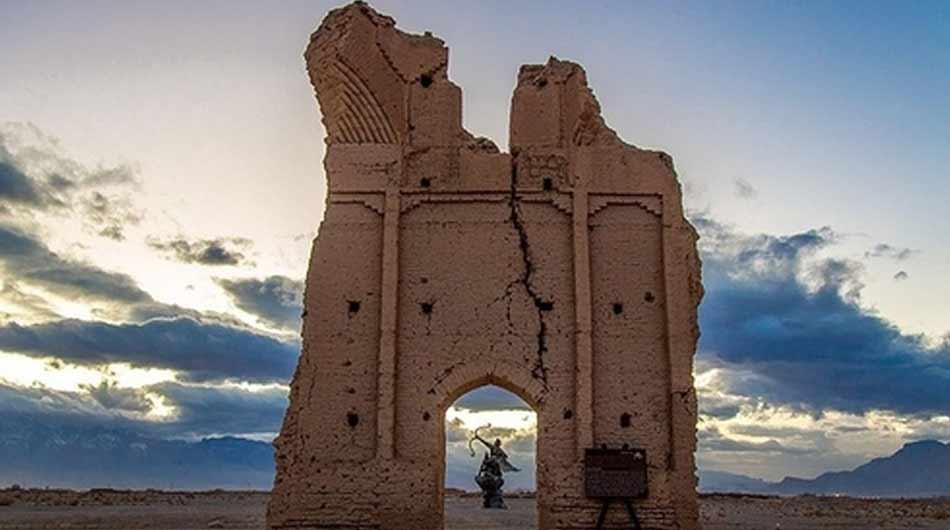 Saryazd village has some fabulous historical monuments, including the Saryazd Castle with its unique architecture. This castle is one of the massive adobe structures in the world that remains from the Sassanid era. At first glance from outside, you will imagine that behind the brick walls you will not see anything more than ruins of an old castle. After crossing the bridge over the moat around the castle, enthralling pictures will appear in front of your eyes. The castle’s labyrinthine corridors that were split into both sides, each showing a fascinating view. By entering each of these passages, the eye-catching chambers will amaze every visitor. 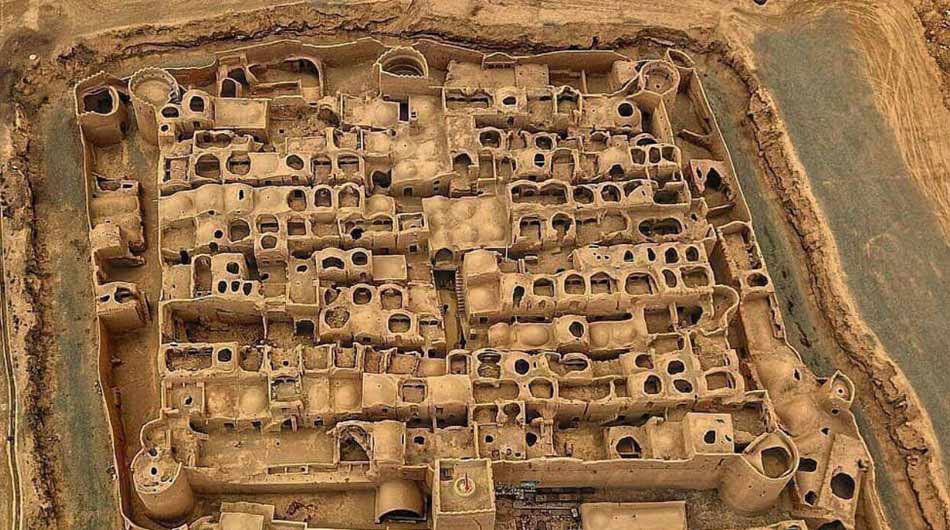 The castle has two defensive rampart and fence. The outer fence with a height of six meters includes three circular towers and a square tower and the inner fence with 9 meters height includes six circular towers. The inner space of this castle that dates back to the Sassanid era was built in a specific order in two floors a three floors at times including residential sector, service sector, etc.

It is the only 3-store structure that still exists in Yazd province. The fort is built so that each floor has a narrow, hidden entrance that made it almost impossible for intruders to enter. The innermost fortification is dating 1800 years back in time. The outer fortification was built in Safavid period.Inside the fortress, dark tunnels are made so narrow that only one man can pass at a time. The castle has two doors that one is a main door and another is a guardian door. The castle’s three floors are made with mud brick.

The complexity in inner spaces along with the tower and ramparts and simple and courtly geometrical shapes on them and the beautiful outer volume of the building are its unique features that have made Saryazd Castle as one of thethe most picturesque castles in the country.This monument was registered in 27th of Khordad 1354 with number 1084 as one of the national monuments in Iran.

In fact, Sar Yazd Castle is one of the oldest and largest safes in history. It is expected that the main use of this castle was as a defense. So, people used this castle to maintain their property and food. About 468 chambers have been identified in this castle. Each chamber belonged to a family and had a separate door and key to store the villagers’ valuables. You may wonder why these chambers have windows, fireplaces or wall decorations if they are just a place to store property and food! The answer is that; these chambers were not the place where the people lived in ancient times. As a matter of fact, they were a refuge for emergency times. When enemies invaded the city, families took refuge in these places and protected both their lives and properties.

Be the first to comment “Sar Yazd Castle” Cancel reply