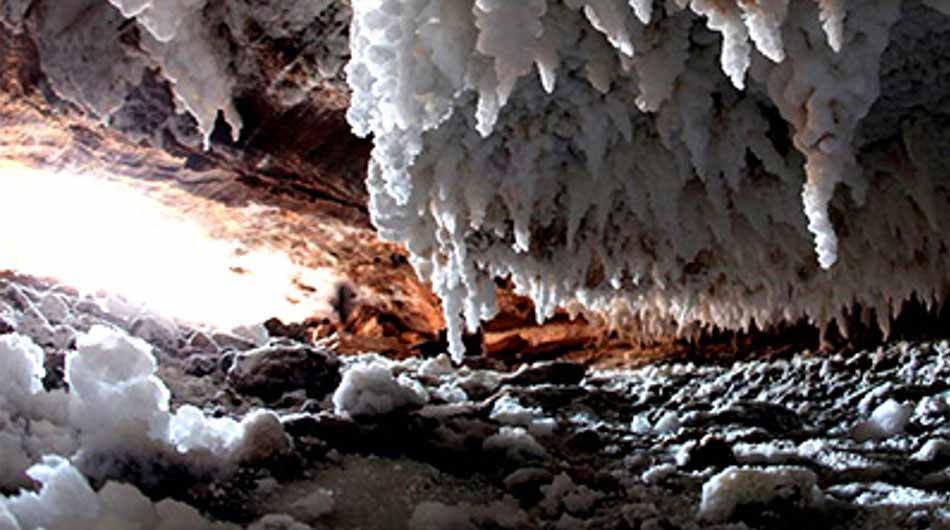 Namakdan Island is one of the most attractive natural landmarks in Hormozgan province. The white streaks of salt on the exterior side of the mountain of the cave have made it stand out in the landscape. In the southernmost part of Qeshm Island, with the farthest distance from Qeshm city, is one of the most important sights of this island, the long distance of which has not removed this natural monument from the list of sights and many tourists are willing to visit it. Dark, humid, and silent, caves are mysterious natural wonders underground. There are more than 300 caves in Iran with different structures. If you enjoy life more when you face challenging adventures we recommend you to add these underground beauties to your itinerary for travel to Iran. 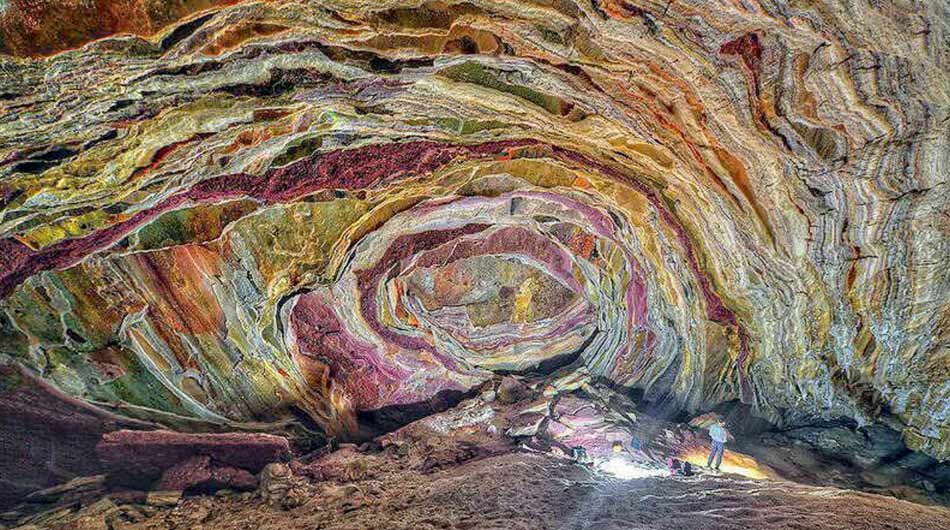 Qeshm has breathtaking natural attractions and a Geo Park that is the only Geo Park in Iran and Middle East.Salt caves are natural phenomena that occur mainly due to salt deposits inside the salt domes. One of these attractive and spectacular caves has been formed on this marvelous island. Qeshm Salt Dome is one of the 7 wonders of this island that dates back to before the Cambrian period, ie about 570 million years ago. While, like other caves of chalk, marble or gypsum the rock is dissolved by water that seeps in through cracks, unlike the other caves, changes in the shape of the salt cave can be over days rather than over millennia. Salt caves are fragile things, created and destroyed in a few hundred years.  As you pass the very short entrance of the cave you will see a sublime, untouched, and surreal world in front of your eyes. 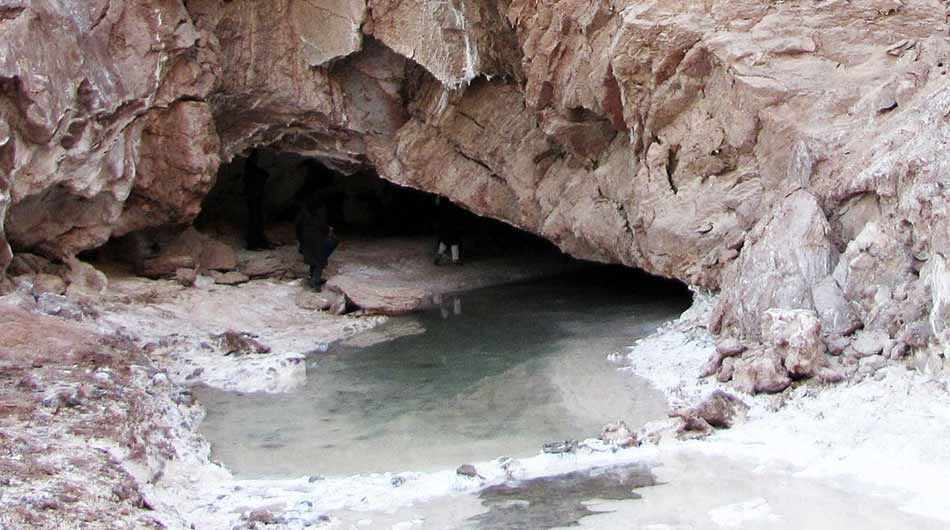 Walk on thousands of small, pink salt crystals and hear them crack under your feet and taste the salt, which is so soft and pure and filled with minerals and goodness. Additionally, your lungs might benefit from the slightly humid and moist air known for its therapeutic treatment. The Saltwater flows that move on the bed of Namakdan Salt Cave creates an amazing scenery for the visitors. The saltwater flows reflect the images around it and add up to the beauty of the cave.  There is a small natural white spring that is fed by the saltwater flows. This spring flows throughout the year. The moisture of the island together with the penetration of water into the cave cause the saturated saltwater to leak and produce beautiful icicles on the ceiling.

With a length of about 6400 meters, Namakdan Salt Cave is the longest salt cave in the world. In fact, this cave is one of several salt caves that have been formed in the salt cone-shaped Namakdan mountain. This mountain is 340 meters high. And the white streaks of salt on the body of the mountain form a stunningly beautiful view from the distance. The cave’s colorful sedimentary layers and white walls have created eye-catching views for visitors. And they sparkle in the light of your headlight. The presence of layers of salt deposits and various minerals have given a colorful effect to the cave mouth. And each layer hides a part of the ancient antiquity of the earth within it.

Salt caves are unique, dynamic caves that only form under special conditions, especially in desert areas with large salt stones formed by evaporating seawater and sediment. Chile’s Atacama Desert, Iran’s Qeshm Island and Israel’s Dead Sea area are the three most well-known areas with salt caves, though they are also found in Jordan, Egypt, Pakistan, and Poland, among other places.