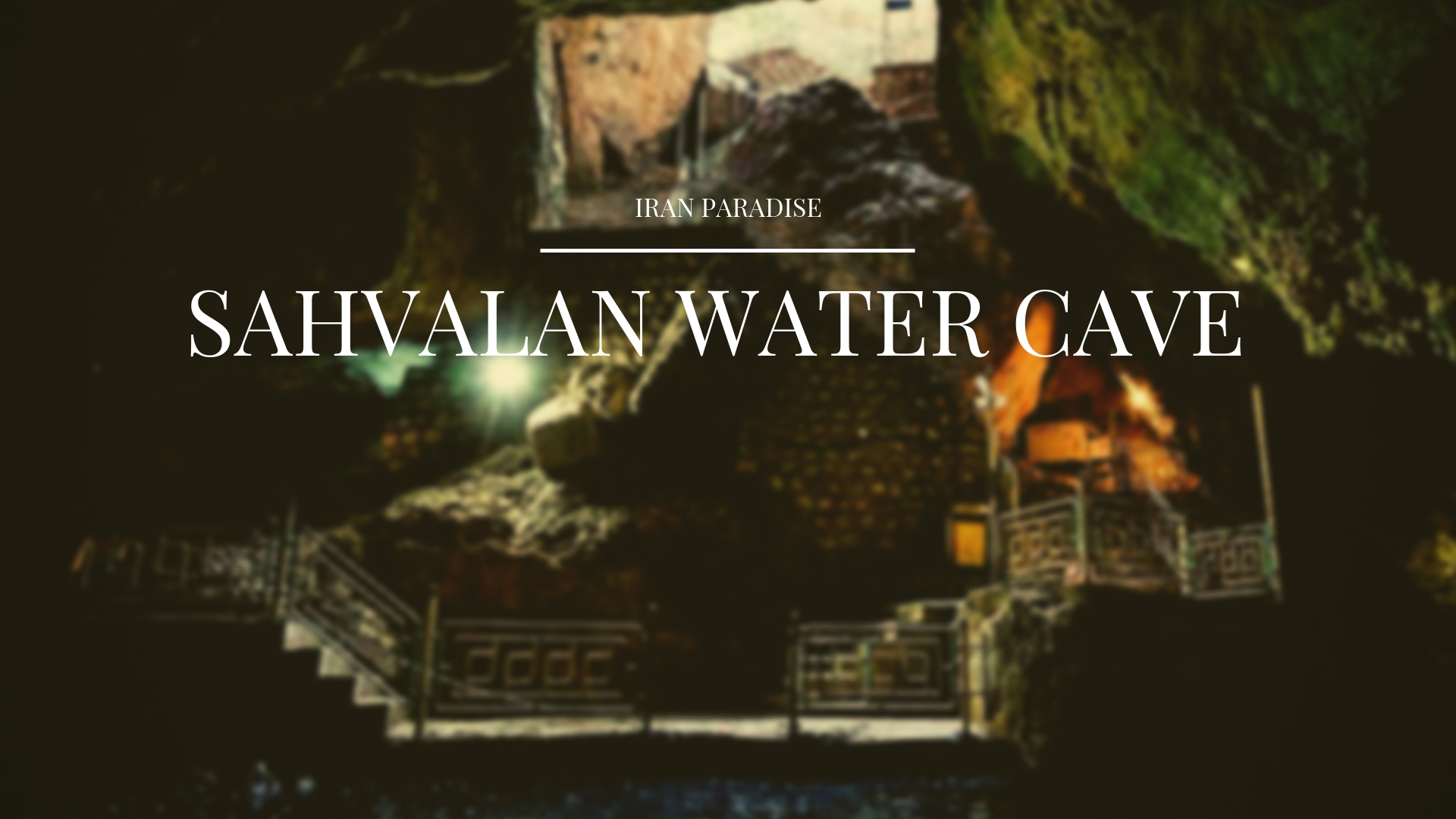 In 43 kilometers from the south-east of Mahabad city to Bukan, and through a lush road, with vast plains and fruit gardens, you will reach one of the most beautiful and most spectacular caves in Iran and the world. Sahvalan Water Cave is one of the largest caves in Iran and is located in a village of the same name. Sahvalan (in the language of the Kurdish: Sehoullan) means frost, and since many pigeons live in the cave, it is also known to the locals, “Kone Pigeon” or “Kone Malan”, mean a pigeon nest. It is interesting to know that the name of the mountain where the Sahvalan Cave is located is also the Kobe Pigeon.
The cave itself is located at an altitude of 2222 meters above sea level and is divided into two parts, dry and juicy. Its juicy section is at an altitude of 1751 meters above the free seaside, and to reach it, the main entrance of the cave should be 20 meters down. The height of the ceiling of the cave to the surface of the lake is also 50 meters long, and the depth of water in some parts of it is 30 meters.
The total area of the cave is about 2 hectares, and today it is discovered and exploited about 250 meters from the blue route and 300 meters from its dry land. The last point in the introduction of Saholan Cave is that the name of this attraction entered in the list of national natural monuments in Iran in 2000 and has since been used by the public. 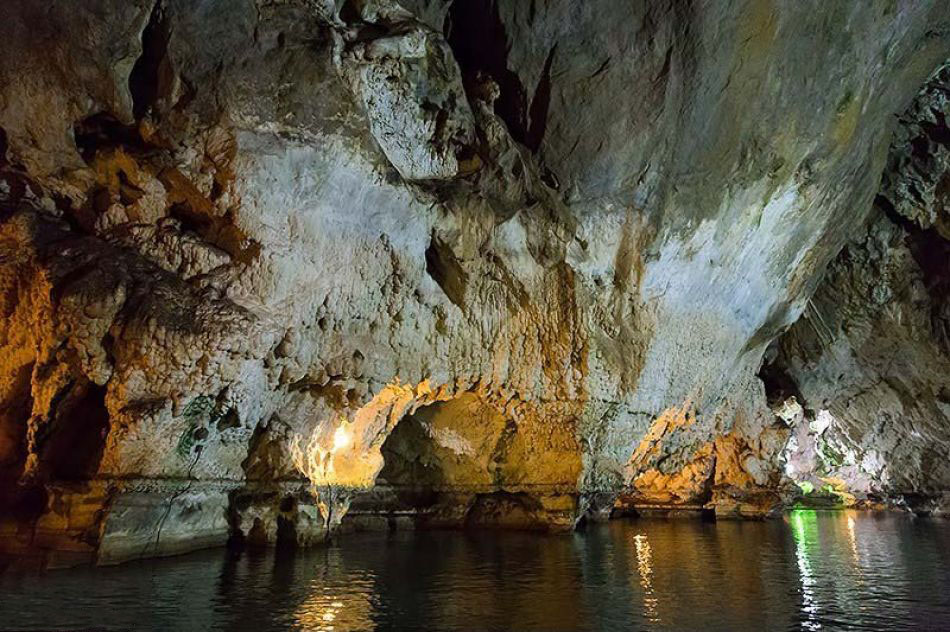 After passing through the path to Sahvalan Cave and leaving behind the gardens and plains, we reach the main entrance of the cave. Most of the time, at the entrance to the cave, the band have been playing cool songs with their local fans. The band’s vocal and vocal ensemble delights you from the beginning and for a moment you can stand and enjoy the performance of this band.
After we have gotten new energy, we make our tickets and walk through the main mouth of the cave. Sahvalan has two craters, but most tourists enter the cavern from a larger crater that is covered with large trees and bushes. We walk and go from the main crater to the mysterious and historical world of the cave. We need to screw out 106 stairs of concrete and 45 m to the depths of the earth to reach the first lake inside the cave. At the very first steps, we can see the temperature change inside the cave with air, because the temperature inside the cavity varies between 10 ° C and 13 ° C, and the moisture content of the cavern is 70-80%. The lower the air becomes, the more humid the moisture becomes, and even the slight smell of sulfur may reach your mouth. The dark space of the cave with large spotlights that are placed in different parts is bright and beautiful. 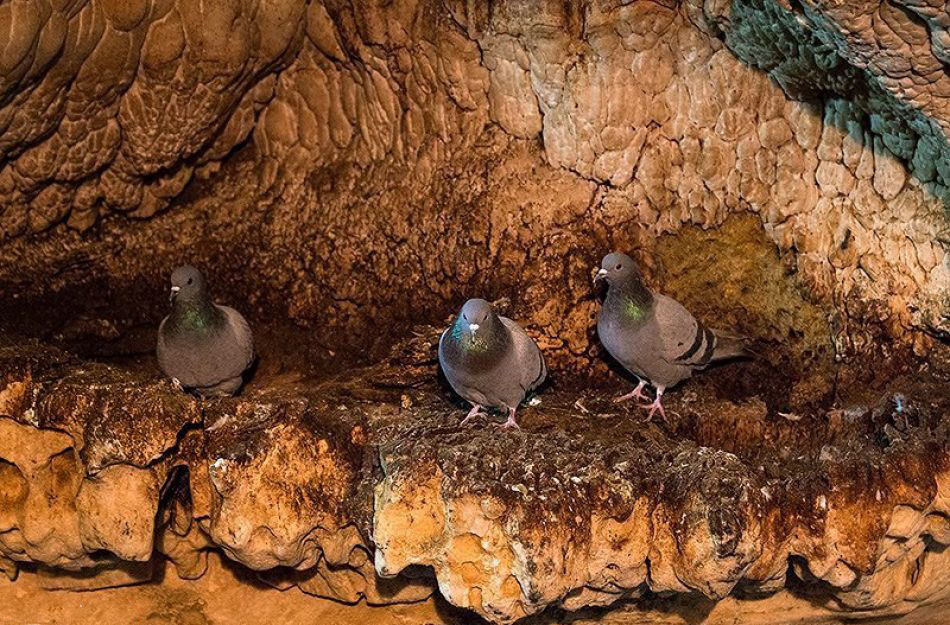 At the bottom of the Sahvalan Cave, you will find a great lake in front of you. In order to be able to circle in different parts of the cave, you have to board the boats so that you can access different parts of the gazebo and see different landmarks. We’ll wear our life jackets and we’ll ride on one of the boats. The elementary lake of the cave is about 200 square meters in size, reaching a height of 50 meters from the ceiling. The water is clear and transparent, and whenever a drop of water from the ceiling drop into it, ting sounds wraps off into the cave’s space and takes you to the fantasy world. We start the move. Try to listen to the surroundings while you’re on a boat on the lake, and watch it carefully so you can see the secrets and beauties of the little ones. If you look good around the corner, you will see pigeon nests that are either flying or sleeping on their eggs and waiting for their chicks to come out, but pigeons are not the only creatures inside the cave. If you look carefully around you, you will notice the presence of another animal in the darker and wetter areas watching the tourists’ tour, and occasionally checking with its loud screams. The bat is another animal in Sahvalan Cave and has created a different atmosphere in the cave. 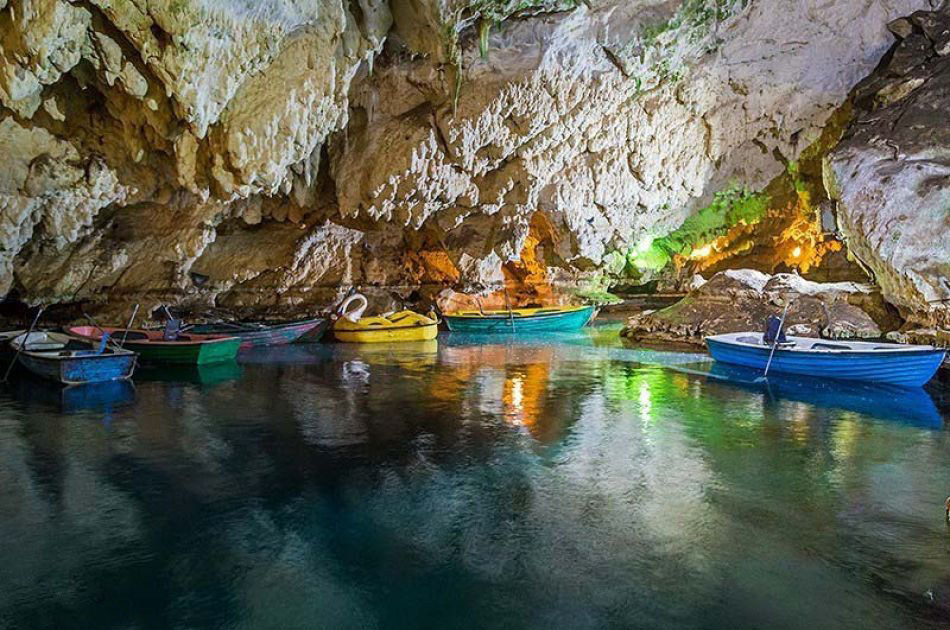 We reach the end of the lake; a narrow hinged to a width of 2 meters opens the way towards the lakes and corridors. The second part of the cave is its peninsula, consisting of three small and large ponds and the fourth and largest lake of the cave. The 500-meter lake is the last point visitors can access by boat and the next discovered areas are not suitable for visiting tourists. As rowers and guides say, from the fourth lake, about 200 meters further, it was also discovered by cavers, but since it has narrow tunnels and a very dark space, it is not possible for tourists to enter it, and only divers can access that point.
Another attraction that attracts our attention all along the lake to the end of the fourth lake is the variety of forms that have been created over millions of years with water scum on calcareous rocks, with shapes of elephant’s feet, grape cluster Butterfly, hunting eagle, landing aircraft, sea turtle, turtle, octopus … have created a special beauty. However, if you raise your creativity a little and use the imagery of your mind, you can also find new forms and images among the stalagmites hanging inside the cave. 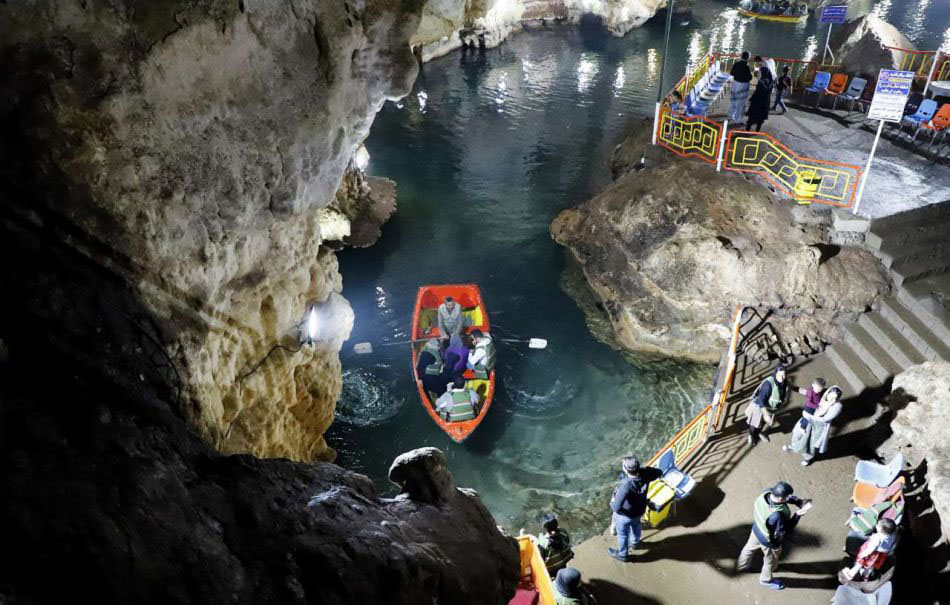 If you like to become close to the nature of the cave, you can ask the boaters to take you to one of the docks to walk somewhere in the interior of the cave and experience a different and new experience.
In the end, the boats, or the same route, or the narrow tunnel at the end of the fourth lake, will take you to the second crater and the other entrance to the cave-mouth of the Kuneh Malan.
“Of course, during the peak days of travel, directories typically send out lookers using the name of the ticket entry to different openings to avoid queuing.”
The attraction of Sahvalan Cave is not limited to its natural features and its geological wonders. Perhaps, if you know that this cave was the place of human life thousands of years ago, you should be tempted to visit this attraction. Tiles and cupboards that were found during the exploration and exploration of Sahvalan Caves from the main corridors and caverns of the cave confirmed the human habitation in the millenaries of the millennium, the Parthian to Islamic periods. Pottery, some of which are related to the Parthian Period and the Messi Cycles dating back to the Ilkhani era. Since the cave was located near several villages in the past, people used it as a place for hunting and shelter during the invasion strike. For example, in the dry part of the cave, there are graves that are associated with the time of the Russian invasion of the area and the shelter of the people here. 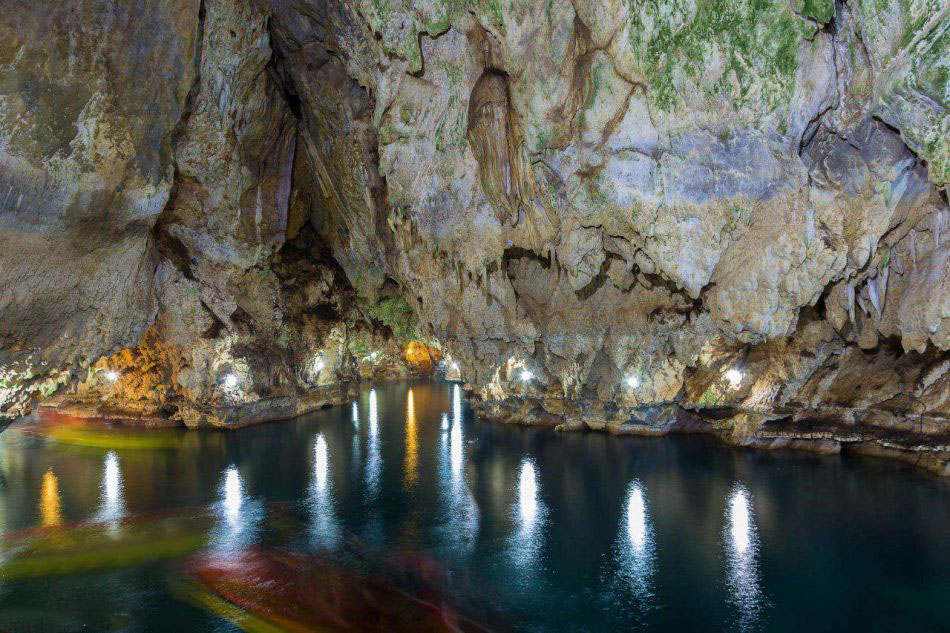