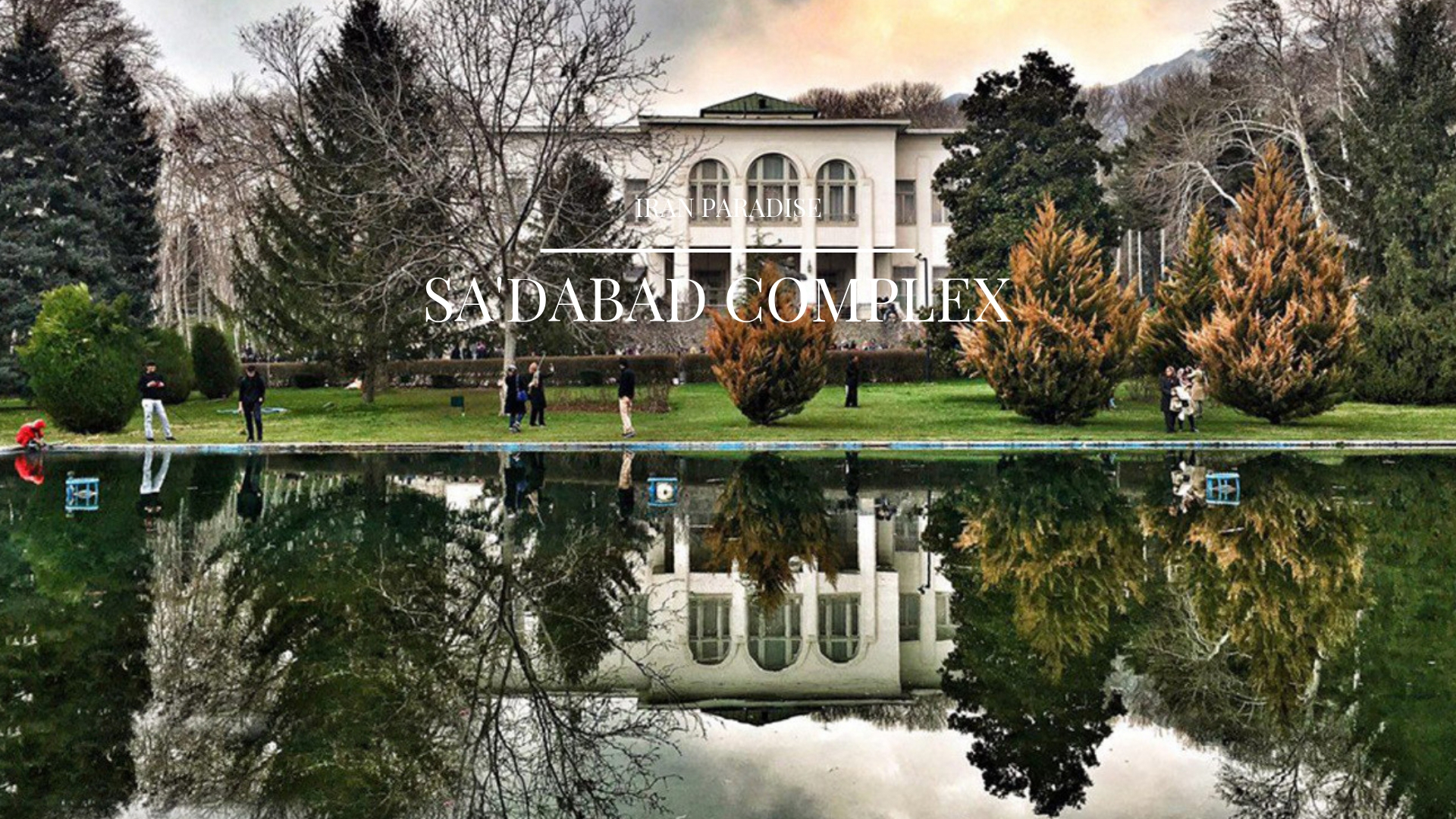 Sa’dabad Complex is a majestic museum on the north of Tehran, the prominent heritage of Qajar Era. Built in 19thcentury, the complex consists of several palaces, as well as forests, streets and museums. The general area of the complex is more than 1 sq.km. Museums exposition covers different aspects of Iranian mythology, art and culture, and is a complex introduction into Iranian history and life of the last Shahs of Iran in 19th and 20th centuries. The cultural and historical complex of Saadabad covers an area of ​​110 hectares and is located in the refreshing foothills of Tochal and Darband. Saadabad lies from the north to the Alborz Mountains, from the east to Golabdare, from the west to Velenjak and from the south to Tajrish.

During the Qajar Dynasty (1794-1925), this area was used as a summer palace of the royal family, and after the Pash of 1921 of Pahlavi, it extended a larger area with the addition of new gardens and became the summer residence of the kings Pahlavi Dynasty (1925-1979) ), Reza Shah, Mohammed Reza Shah and their families. Later, on various occasions, palettes and villas were added to this pallet. In the Pahlavi era, eighteen small and large palaces were built in Saadabad, exhibiting Iranian art and architecture. Sinus 1979 revolution, this plant was transformed into the museum. Two palaces, namely, the (white) palace and the green palace, are open to the public, as palace museums and other buildings have been allocated to their specialty for various types of exhibitions.

Among 18 palaces Ahmad Shahi’s Palace is the oldest one, but it’s not available to visit now. Green Palace (Palace of Reza Shah Pahlavi) is one of most beautiful buildings in the garden which is constructed on a hill in the north-west of Sa’dabad complex. The palace is also known as the Marble Palace, due to the use of rare green rocks and beautiful marble from Khamseh Zanjan and Khorasan marble mines, which are used to decorating the building frontage. One of the most magnificent and beautiful parts of this palace is the Mirror Room where all mirrors on the wall are decorated with gypsum’s flowers and covered with 70 meters beautiful handmade Mashhad carpet which is the artwork of Master Abdolmohammad Amuroghli. This splendid and artistic room was Reza Shah Pahlavi’s office. Other valuable items of the palace include sculptures and coaches from Louis XVI of France as well as two console tables from the Napoleonic era. 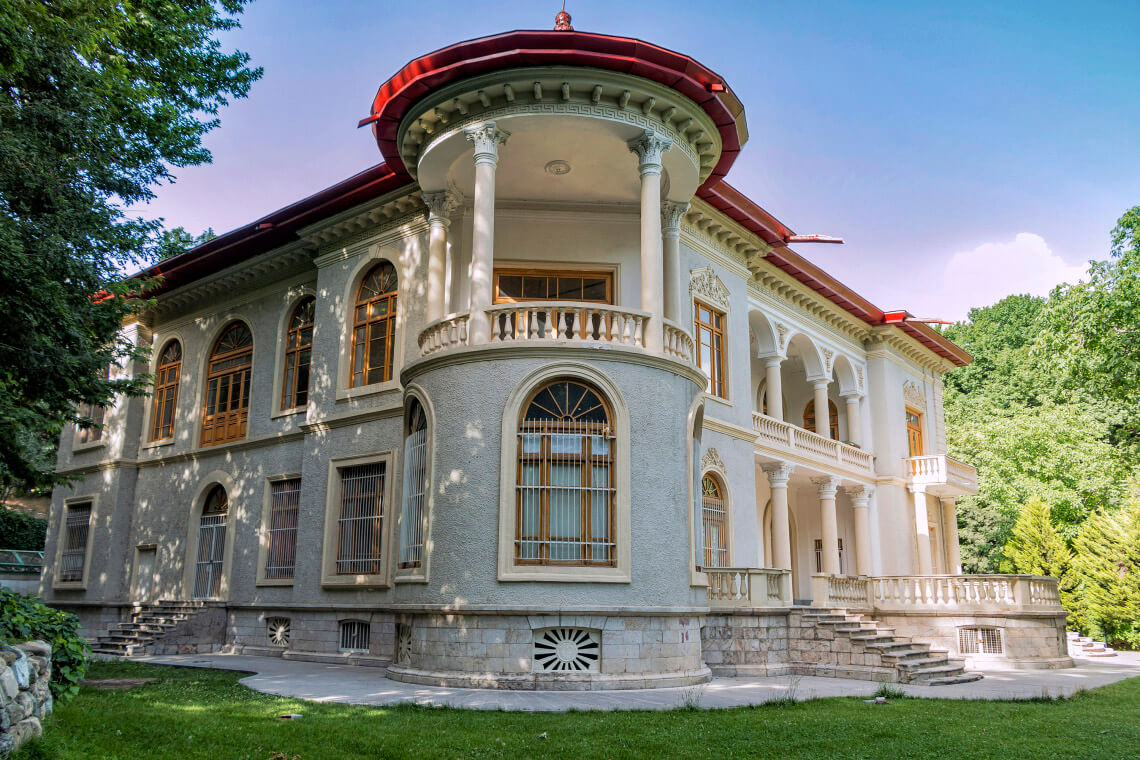 The White Palace: This is the main palace of the Saadabad Palace and the largest mansion in this collection. It is also called the palace museum of Melat, but due to it’s white color it is also known as the white palace. Right outside of the entrance you can see these pair of boots attached to the ground, as if they were a part of a bigger statue, there is many stories, but all of them confirm that these are in fact Reza Shah’s boots. Some say that this was a full statue and they ruined it during the revolution and others say that it was only the boots as a symbol of power and strength. There is also another statue that catches one’s eye, it’s the “Archer Arash” statue, Arash is a mythological character that also represents Iran’s rich culture and literature. This statue is over 5 meters tall and located right in front of the main entrance. 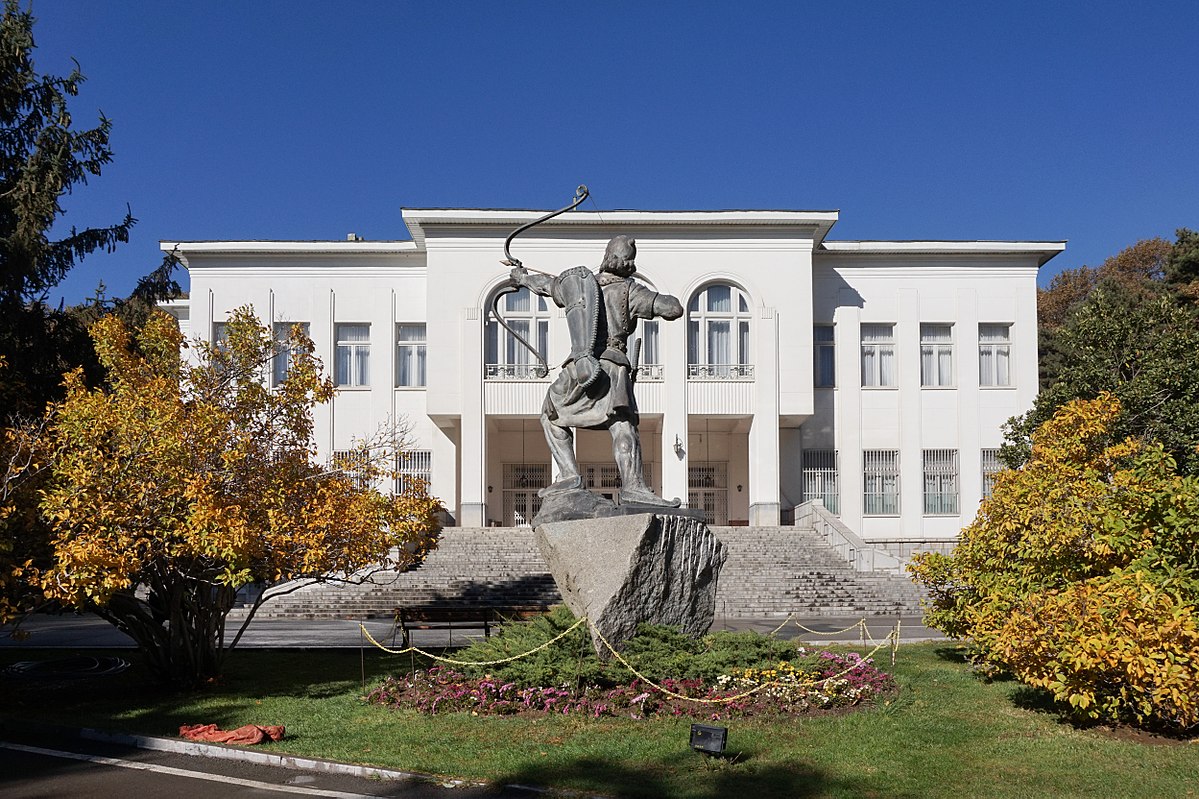 Green Palace Museum: Shahvand Palace, now called Green Palace, is one of the most beautiful palaces in Iran. It is the first palace built in the complex during Pahlavi dynasty by Reza Shah’s order. This palace is located in a higher ground in the northwest of Saadabad Palace. Previously, this building belonged to someone called “AliKhan,” who was one of the great landowners and sold this building to Reza Shah. During 1923-1929 Reza Shah renovated this building by an architect named “Mirza Jafar Memar Bashi”. The exterior is covered by rare beaded greenery from the province of Zanjan and was therefore called the Green Palace. This palace is a two-storey building with an area of 1203 square meters. The most interesting part of this palace is the mirror hall with a large-format carpet of seventy square meters that the carpet weaver of “Mathad” was called “Amoghli”. 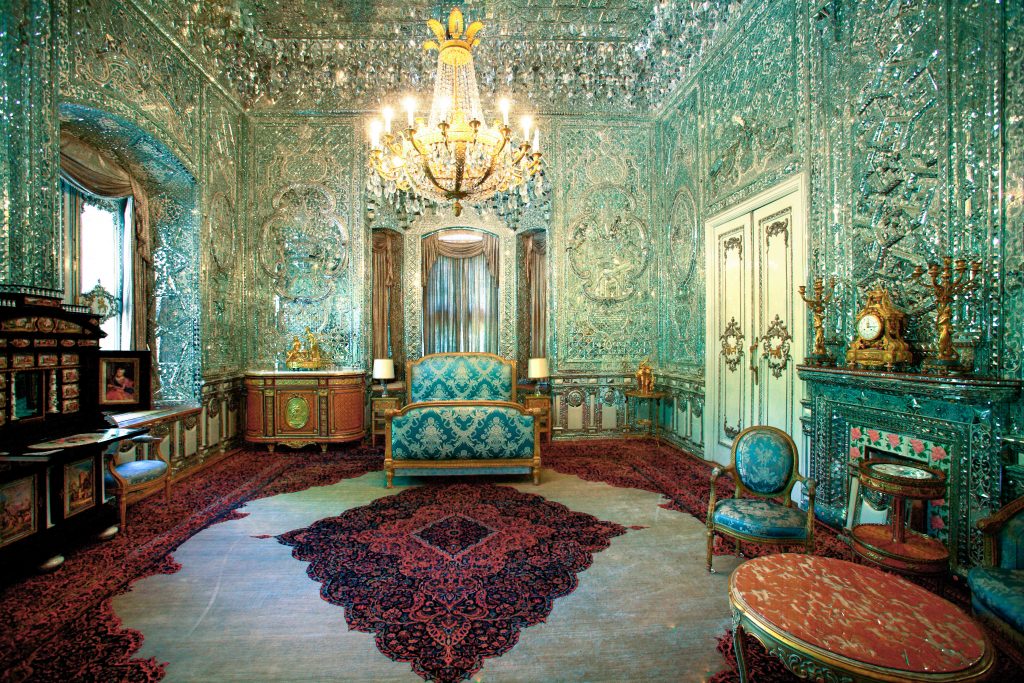