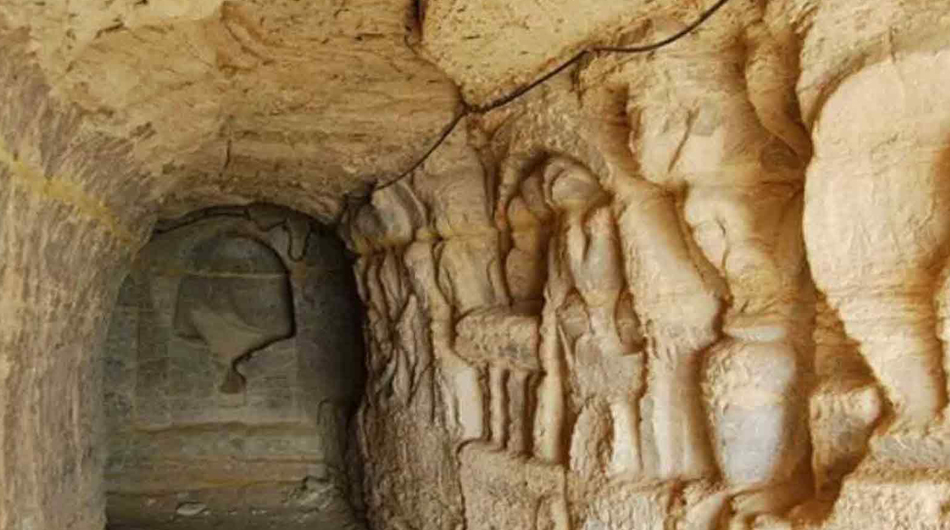 Most people know this coastal city with its Qeshm water resorts or shopping malls. Despite the hot and sultry climate of Qeshm, few people are willing to go to such places and pass the many steps of Kharbas Cave, but if you know more about this cave, you may go up the stairs faster and reach the entrance. When you step out of this coastal city and go to the mysterious villages of Khurbas and Ramchah, on the right side of the road, you will see a sign that leads you to the cave of Kharbas.

Above the sign, the name of Khorbas Cave (Kharbas) can be seen. You will find that this area and its attractions are under the control of cultural heritage, handicrafts and tourism.

Also, seeing the date 10/27/1377, you will find that the cultural heritage officials have registered this work on this date (i.e. about 23 years ago) and with the number 2197, Kharbas Cave as a national monument. Khurbas Cave is located on the mountain forehead overlooking the south coast of Qeshm Island, in the heart of Khurbas village. 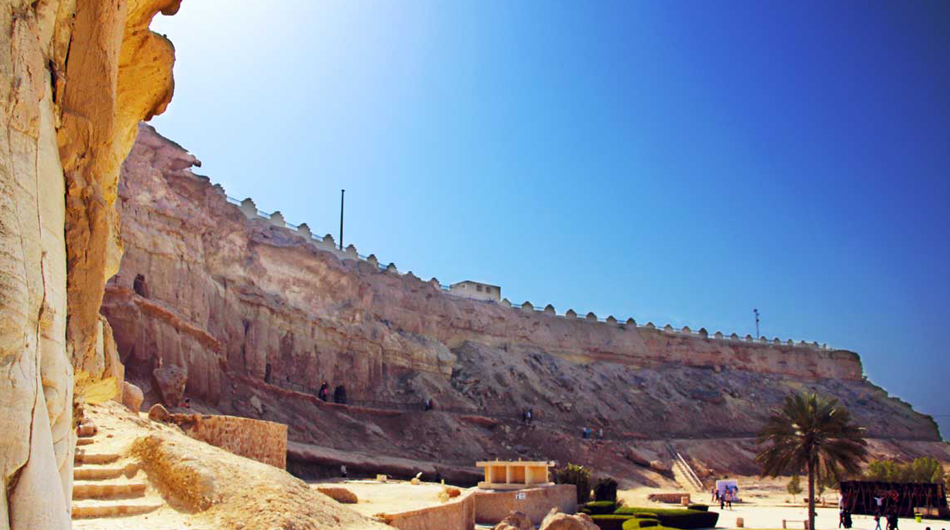 Regarding the antiquity of this cave, if you go up and down several historical websites, you will see that Kharbas Cave dates back to the time of the Medes, that is, around 600 BC When inscriptions and inscriptions were used for writing.

But the Department of Heritage and Culture says something else, and in the opinion of this cave, it belongs to the Sassanid-Parthian period, that is, about 800 years after the rule of the Medes. Therefore, it can be said that Kharbas cave is at least 1500 years old. 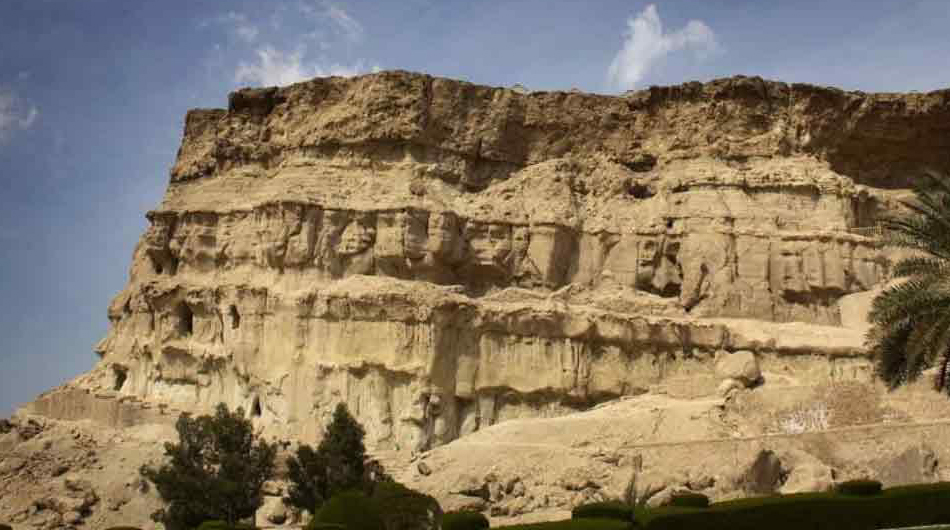 Although different dates have been proposed for the age of this natural cave, it does not affect the essence of the issue, and this cave is the oldest attraction in Qeshm region.

Over time, as the sea’s water receded into the heart of the mountain, nesting cavities formed that deepened and enlarged by the art of the people and the carvings made over time.Of course, there is another hypothesis that these cavities are caused by the proximity of the mountain to the sea, the effect of vortices or the effect of waves in the heart of the rocks and the discharge of sand.

Of course, the presence of shells on the walls of the cave shows that these areas were previously under water, and this first hypothesis about how the cave was formed, that is, the seawater subsides and the mountain enters the land.

Of course, what you see today as the structure of Khurbas Cave is not the art of the sea waves, and the art of stone-cutting artists also plays an important role in it; Because the holes created by the waves have been deepened and enlarged by these people.

What seems to be the case is that due to the soft material of the walls and the fact that erosion has a significant impact on them, it makes it easy to dig and engrave on their walls. We said that Khurbas Cave is a landmark with rock architecture located on the mountain forehead overlooking the southern coast of Qeshm Island, in front of which is a large plain where the Islamic Cemetery is located.

When you get in front of it, you will see a two-story cave. Go up the stairs. You can see that the first floor is the natural part of the cave and consists of an entrance hall with three holes, but to see the hall and the part that has all the narrations, you have to go to the second floor.

Can you imagine what kind of animals live in the heart of this rock cave?

A pair of fishing eagles live on the cliffs of Khurbas Cave. It is impossible to see these professional eagles, who have been together for years, close. If you are lucky, you can see them in flight. It is not bad to know that these eagles are rare species with valuable protection.

But the cave’s wildlife is not limited to this pair of eagles, and species of tadpoles live in the hollows and dark corners of the cave.Since these bats are also a rare and endangered species, it is very important to preserve the wildlife of Khurbas Cave.