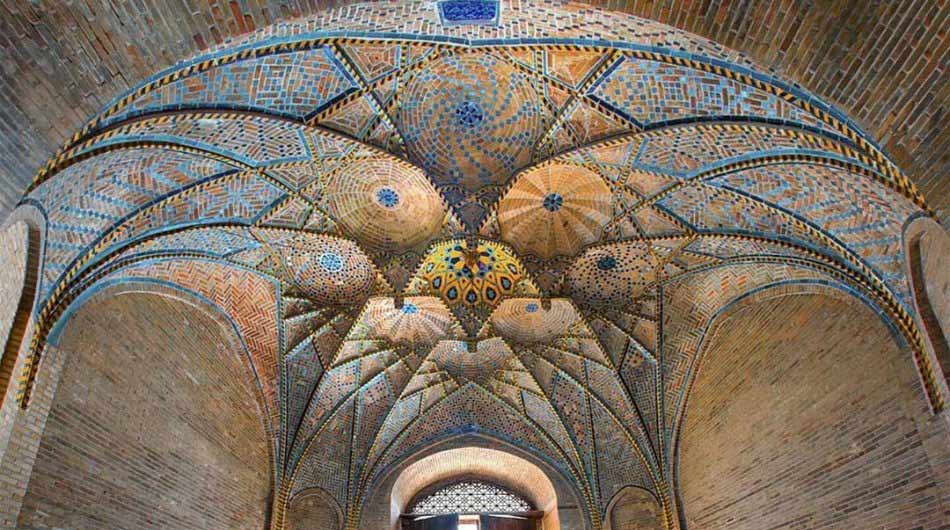 The Congregational mosque of Qazvin, also known as Masjed Jāme-e Kabīr, is located on the western side of Shohada Street. The mosque is a real museum of Iranian-Islamic art, and architecture: including exquisite decorations and architectural plans from early centuries of Islamic period to the Qajar era. As the story goes, the mosque was built by Haroun al-Rashid, the Arab Caliph. The 1,000-year-old Qazvin Jameh Mosque is one of the oldest mosques in Iran. This Jameh Mosque, formerly known as the jameh-e Kabir Mosque and the Jameh-e Atiq Mosque, was built about 1,200 years ago during the Safavid dynasty. This mosque was built on the remains of a fire temple that was a place of worship for Zoroastrians during the Sassanid era and has become a mosque with the advent of Islam. 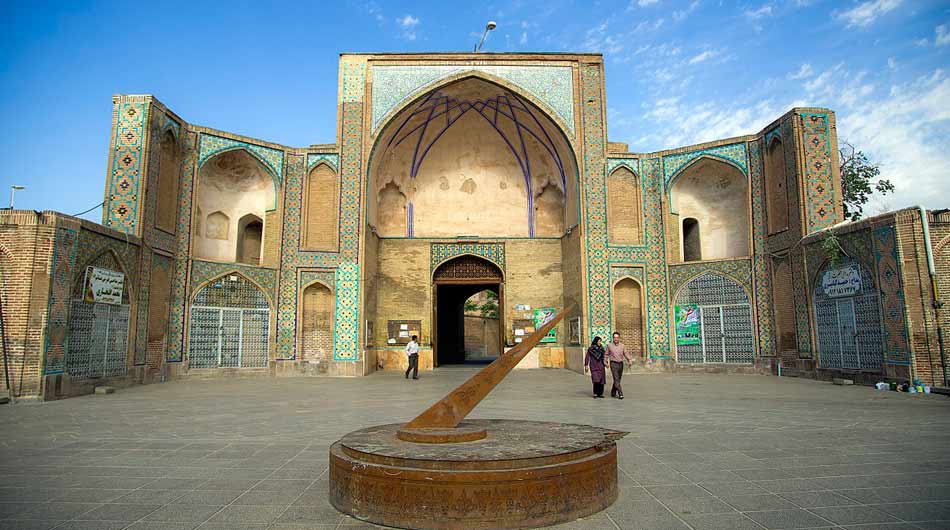 Based on available historical data, Haroun al-Rashid had a short stop in Qazvin on his way to Khorasan in 808 (the second century of Islamic era). As a result of this short stop, the fire temple of Qazvin, dating back to the Sassanid period, changed its architectural character and function, and turned into an Islamic mosque. For years, the southern ayvan of the mosque housed and protected parts of the original fire temple, but it was destroyed at the hands of Mongols and Afghans. 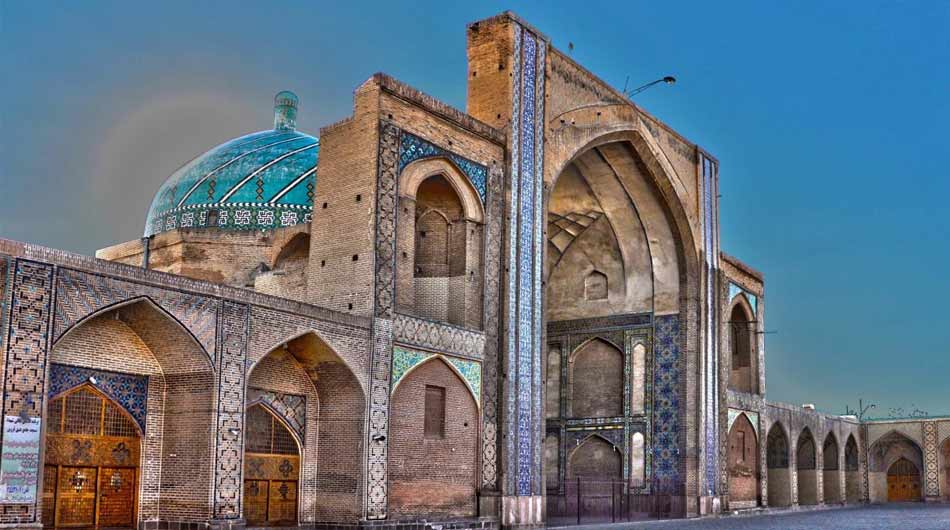 The current plan of Jame Mosque of Qazvin includes two portals, one on the eastern side (in Shohada Street) and the other on the north-western side. The eastern portal is the main entrance to the mosque, bearing lofty, magnificent decorations. Based on the oldest inscription on the portal, it was built in 1664, at the time of Shah Abbas II (1642-1666). However, the portal was restored several times during different eras, as testified by the presence of various inscriptions representing different dates. According to one of these tiled inscriptions, the portal was first renovated by an affluent person of Qazvin, Mohammad Sadeq Khan, in 1777. Then, based on another inscription, Ali Naqi Mirza, the Qajar ruler of Qazvin and son of Fath Ali Shah, commissioned some further restorations in 1835. Finally, as a tiled panel on the forehead of vestibule shows, the portal underwent restoration for the last time in 1934. 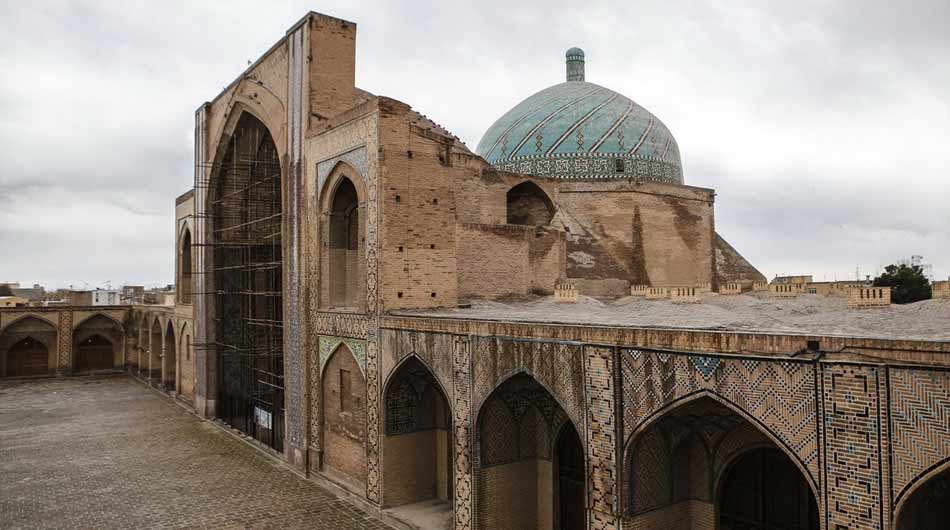 In the past, the Grand Mosque has had such a great importance that during the Mongol invasion of Qazvin, as the most important building of this city, many parts of it, such as the south porch, were completely destroyed, which was repaired and rebuilt in the following periods. In this magnificent mosque, one can look at the architectural and artistic methods of different eras, the oldest part of which belongs to the second century of Islam. The mosque is constructed of brick, which is clad with tiles and inscriptions in some areas. The main prayer hall is the most ornamented part of the mosque. Both its mihrab and minbar are made of stone, and the upper part of the walls is ornamented in different floral patterns and small polychrome tiles. Carved Kufic and Sols inscriptions decorate the walls, and their quality is such that, nine centuries later, they are still used as a reference for the study of these scripts. This prayer hall is roofed with a large double-shelled Seljuk dome that rests on the hall’s thick columns. In comparison with other domes of the same period, this dome remains in good condition. On its exterior, the dome is decorated with tiles and floral patterns.

The mosque follows the four-iwan typology; each iwan is centered on a large courtyard with a central fountain. This courtyard is one of the largest mosque courts in Iran, measuring nearly four thousand square meters. Its two main prayer halls are located along the north and south sides of the court. Two narrow arcaded halls, five meters wide, run along the east and west.