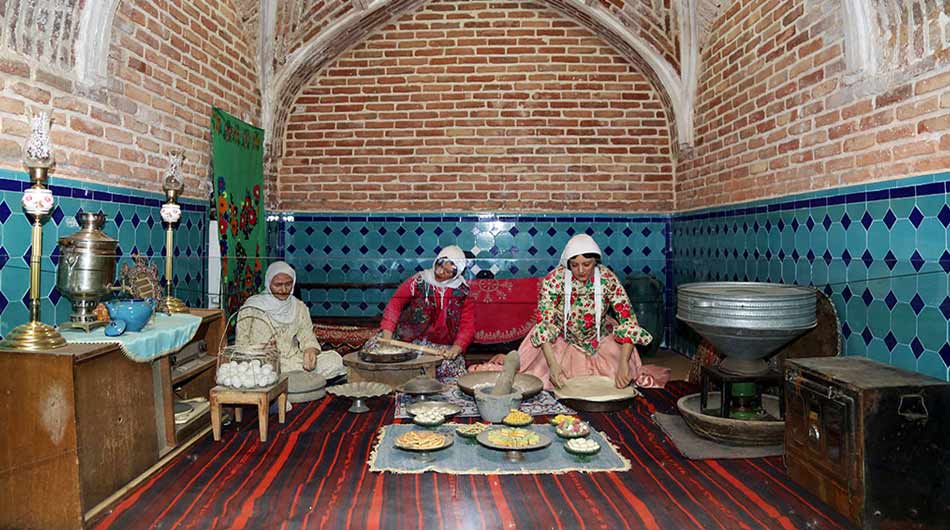 As an ancient tradition, public bathhouses have been an important part of every city in Persia and there are numerous public bathhouses in cities and villages of Iran. As the technology advanced, most public bathhouses were abandoned. As a result, most of these hammams have turned in to ruins. There are a few remaining hammams throughout the country and the Qajar Bathhouse in Qazvin is among the well preserved ones. Qajar Bath is one of the oldest and biggest public bathes in Qazvin, which was built on the order of the Safavid ruler Shah Abbas (1571-1629) by one of his commanders. It is one of the most beautiful baths of Iran that is currently served as the Ethnography Museum of Qazvin. 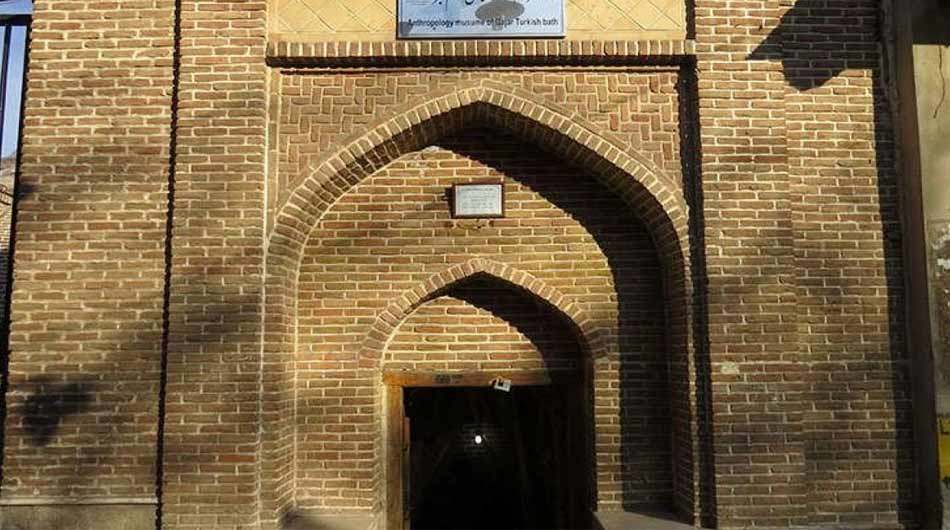 Located in one of the old districts of Qazvin namely Obayd Zakani. The construction of this bath backs to Safavid Empire when Shah Abbas II ordered Amirguneh Khan Qajar to build this bath that was then named Hamam-e Shah, but since the founder of the building was a Qajar commander, its name was changed to Hamam-e Qajar. It was the most important bath of the city for many years being used by many people from different social classes. The bath was bought by the Cultural Heritage, Handicrafts and Tourism Organization in 1379 SH and inscribed on the list of Iran National Heritages, its restoration project began and transferred into the museum. 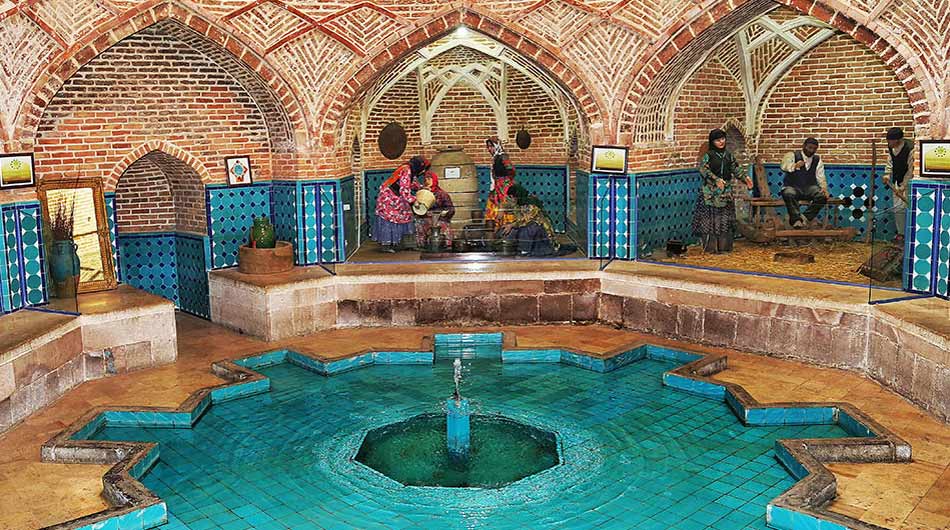 The hammam is divided into two sectors for men and women. It also has three main sections: Sarbineh, Miāndar, and Garmkhāneh. Sarbineh is the changing room of every hammam and it also used to be a place where people could sit down and talk. Miāndar is the connecting corridor between Sarbineh and Garmkhāneh and its main purpose is to create a balance for the body to get prepared when the person is going to hammam or is about to leave it. The last part of the hammam would be the Garmkhāneh, which is the actual bathing place with tunnels and heating systems to provide hot water all day long. 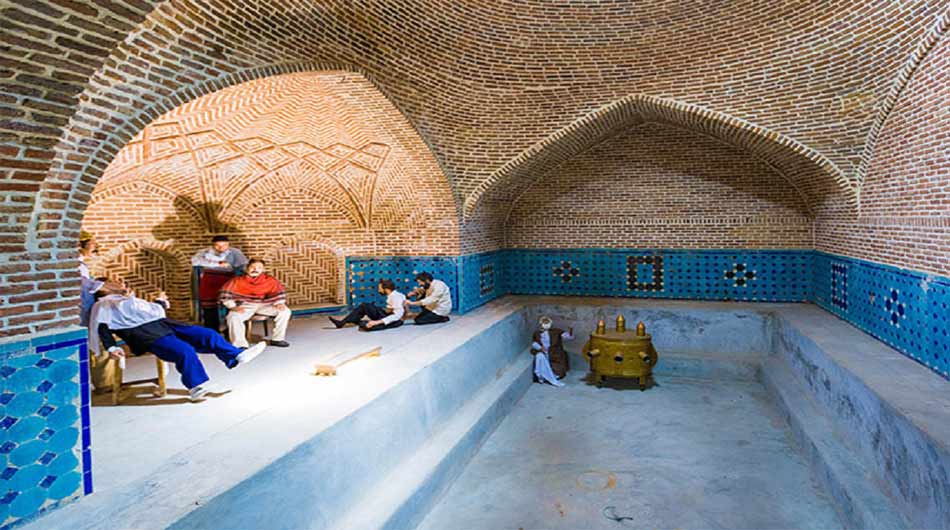 In order to enter the bath, you must pass first through a wooden door and then a spiral staircase to enter Sarbineh. This hexagonal space has a large pool in the center; probably the bursar of the bath sat in one of the angels to hold the customers’ belongings. Apart from the architecture, the ultramarine tile works and dome-like ceiling, one of the beauties of this bath is the life-size sculptures showing people washing and massaging that evoke the sense of past in the bathhouse.

In addition to the beautiful architecture and the complicated system of heating, baths in old Iran had a rich culture; the culture of bath included poems and proverbs, different jobs, special rituals that has been now forgotten. In fact, a bath was not only a washing place in old Iran, but also it was a part of public domain and a place for conversation and leisure time. The head of bath was called Hamami, responsible for the administration of the bath, who welcomed the guests and made bath a pleasant place for them.

It is stated that Hamamies were commonly generous people who provided free services to the poor. Other jobs in the bath were Toontab (a person who heated and cleaned the bath), Dallak (a person who brushed people), Moshtmalchi (a person who massage people) and Pado (a person who ordered the shoes and gave the people a dry fabric or loincloth). Visiting Qazvin bath provides also an opportunity to see the Ethnography Museum of Qazvin; where the tribal and cultural variety of this city is artistically exhibited.