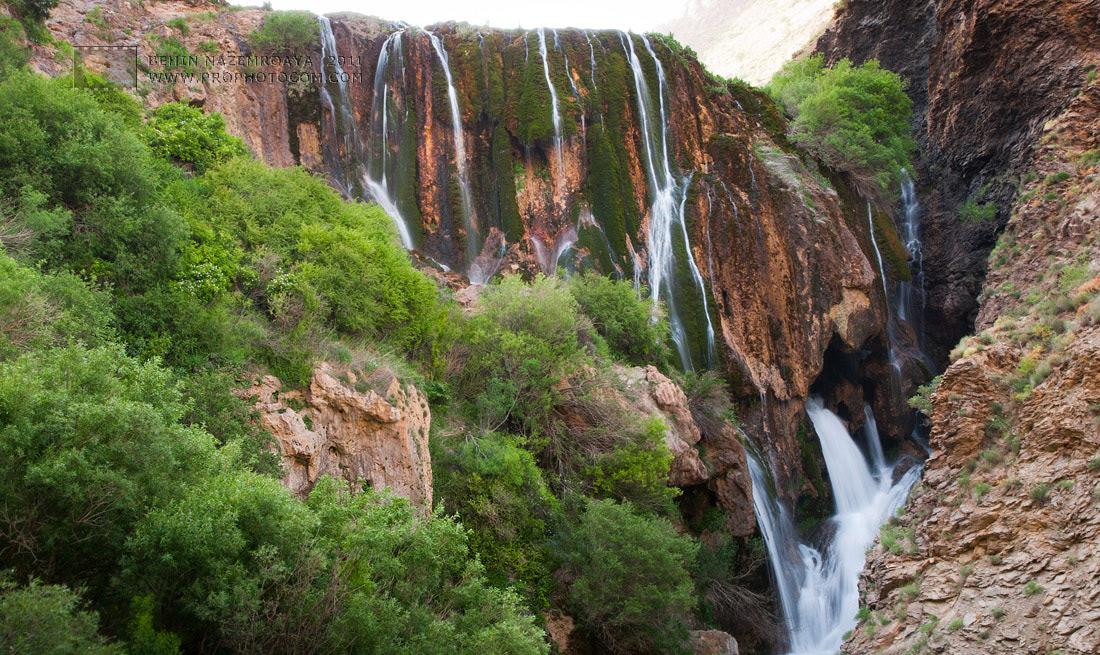 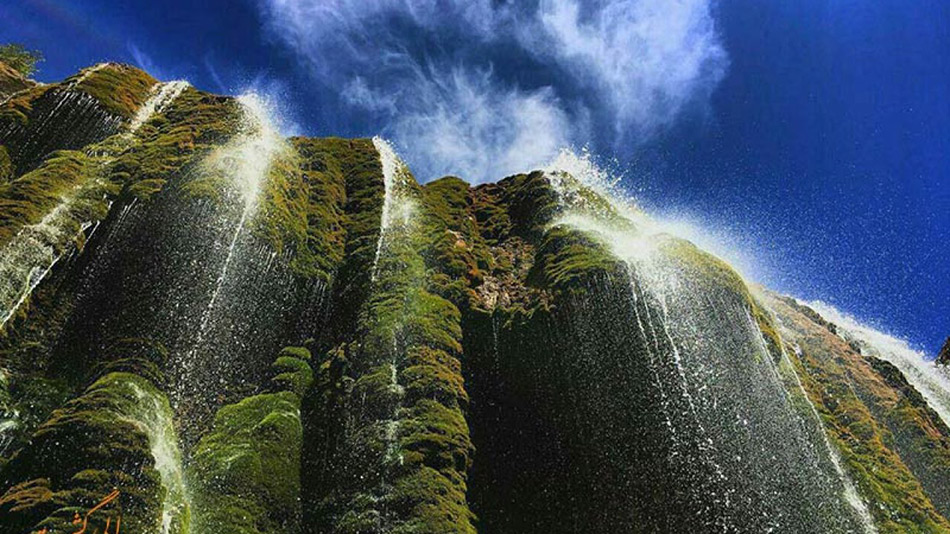 Exploring Pouneh-zar (Puneh-zar) waterfall, hidden away amongst the Central Zagros Mountains, provides a day of serenity, full of pleasure and enjoyment. Literally, Zar in Persian language means where there is an abundance of a type of a thing, so Pouneh-zar waterfall is locally named due to the vast surrounding lands coated with wild pennyroyal. 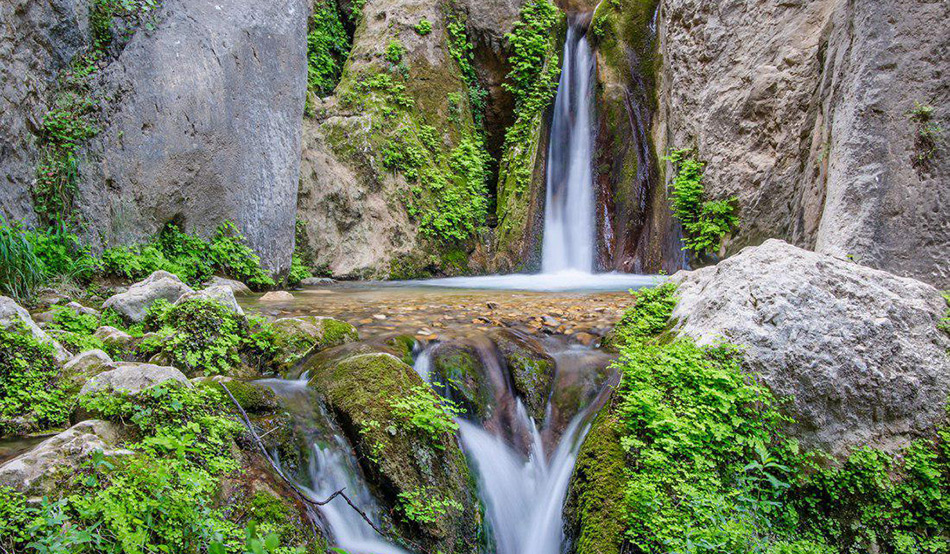 It is also believed that the waterfall has been named “Pouneh-zar”, which is a literal Persian translation of a Georgian word meaning “pretty”. Originating from several water springs in the heart of the Central Zagros Mountains, the 40-meter waterfall passes through a relatively short route and, finally joins to Vahragan River, in the deep valleys of soaring mountains to the west of Isfahan. 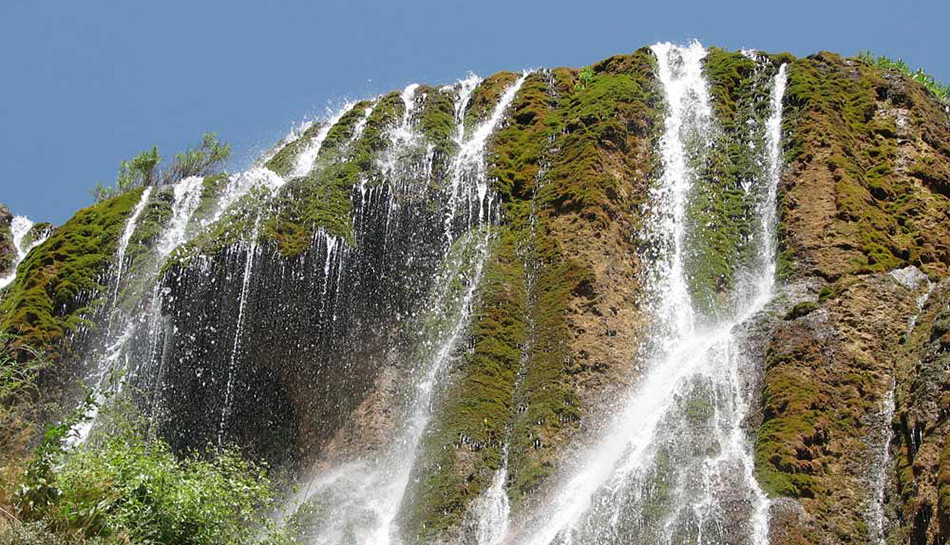 This waterfall contains several cool and refreshing sources and because of growing Pouneh in the waterways, it is come to be famous with this name. The height of the waterfall is about 30 meters and in the places of water falling green permanent algae were made, in the downstream of the waterfall fish, multiple units were constructed. You can watch Wild barberry trees around this waterfall.

A day trip to Pouneh-zar (Pooneh zar) waterfall will be an unforgettable experience. You will be able to see one of the most beautiful waterfalls in Isfahan province, some 25 km west of the Fereydoun Shahr. First, go to the Choqyort village, about 10 km to the west of Fereydun Shahr. Then, continue the main road (Pish-kuh Moguei Road), toward the west (about 11 km), and you will find yourself in the Darband village. 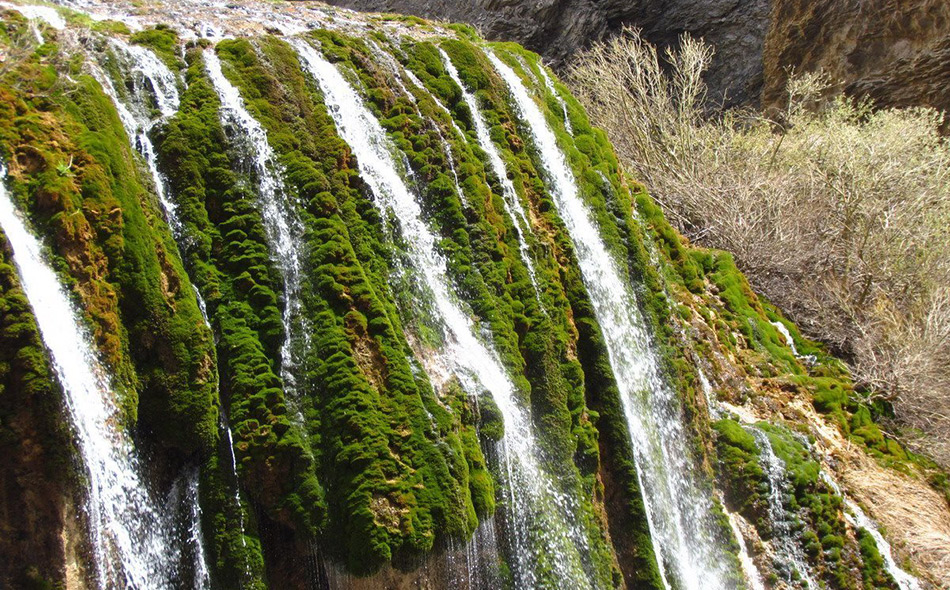 Passing through a twisted road, you will get to a parking lot where your walking tour begins. Accompanied by your local guide, it takes about 30 min hiking downhill to Pooneh zar waterfall. It’s hard not to feel enchanted as you stroll through these stunning views made by the cascades descending from the moss-covered rocks.

But be cautious as you walk along the edges of the trail, some of the stones may be loose. Relax for some time on the top of the rocks, overlooking the charming landscape.

The waterfall flows to the west and finally reaches Dez River. Green moss line the route of water flow. Also, several fish breeding sites have been launched at the lower end of the waterfall. Wild barberry bushes also thrive in its vicinity.

Many wild flowers and herbal plants are found in the mountainous region. There are toilets, car parks and sites for resting and eating food near the waterfall. If proper investment is made and tourist infrastructures are launched, the place can turn into a more popular sightseeing site. Poonehzar Waterfall has water in all seasons, except winter.