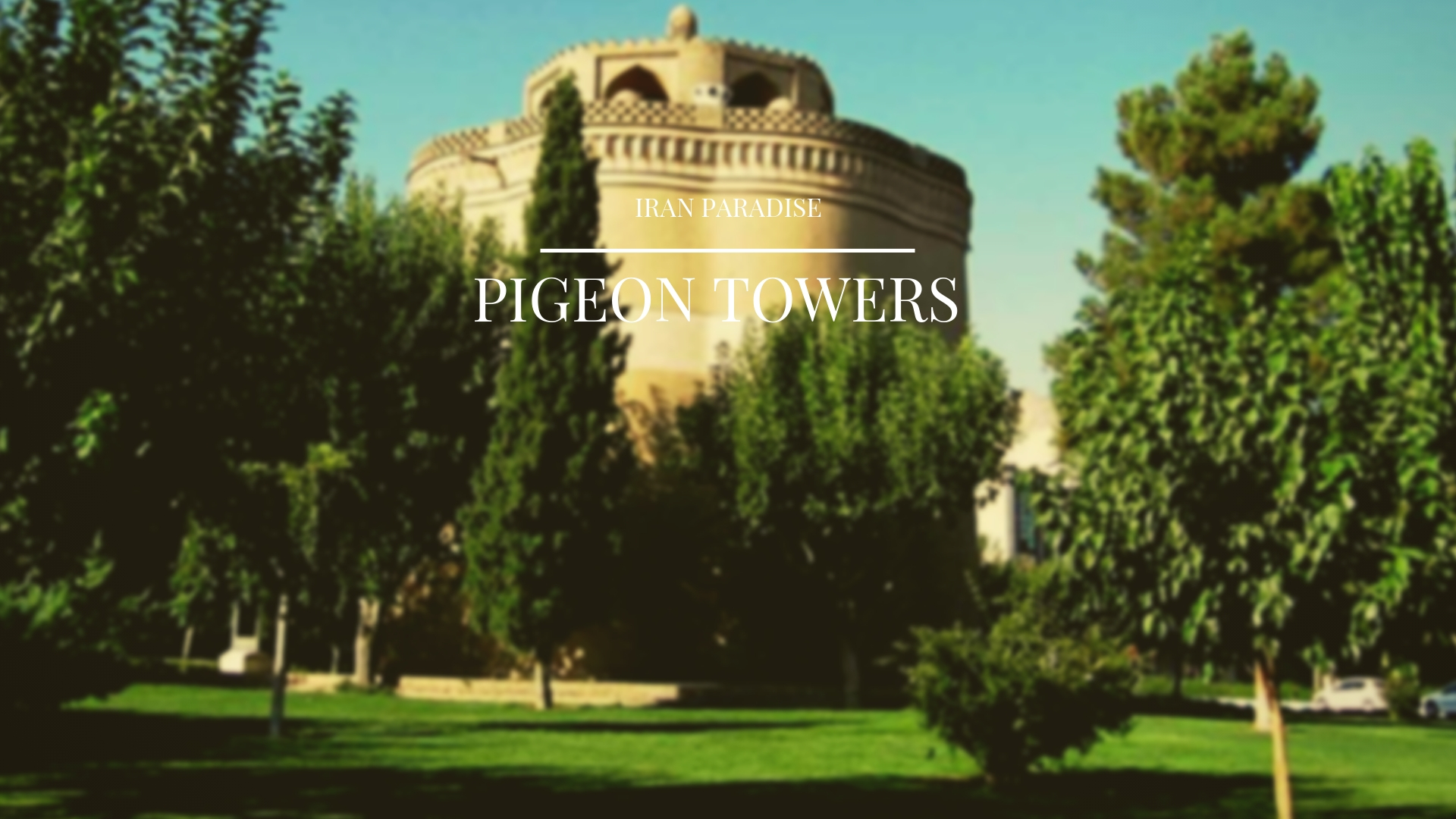 One of the most amazing monuments which are scattered on the suburbs of Isfahan are pigeon towers. There were more than 14000 pigeon towers on the plain of Isfahan, especially on the east and west of the city. Unfortunately a large number of these towers were destroyed, and vanished. For centuries Isfahan relied on pigeons to supply guano as fertilizer for the city’s famous fields of watermelons. The guano was collected in almost 3000 squat, circular pigeon towers, each able to house about 14,000 birds. Today they are unused, made redundant by chemical fertilizer, but more than 700 of the mud-brick towers remain in the city’s environs. The best place to see them is along the Zayandeh River south of the Ateshkadeh-ye Isfahan (Fire Temple).

During the 16th and 17th century, particularly around the time of the Safavid reign, the Iranian folks built a large number of towers to house pigeons. The pigeons were domesticated not for their meat (pigeon is especially revered in Islam), but rather for their droppings, which the locals collected and used to fertilize melon and cucumber fields. The Safavids had a particular liking for melons and consumed them in staggering numbers. Pigeon dung was thought to be the best manure for these crops, and the towers were built for the purpose of attracting pigeons to them so that they would nest in the towers and their dung could be harvested. Built with brick and overlaid with plaster and lime, these towers were some of the finest dovecots in any part of the world. At its peak, Isfahan had an estimated 3,000 pigeon towers. Today, around 300 remain scattered throughout the countryside in various states of disrepair. Modern fertilizers and chemicals have rendered these magnificent structures obsolete leading to their abandonment in the fields, where they continue to deteriorate due to lack of maintenance. 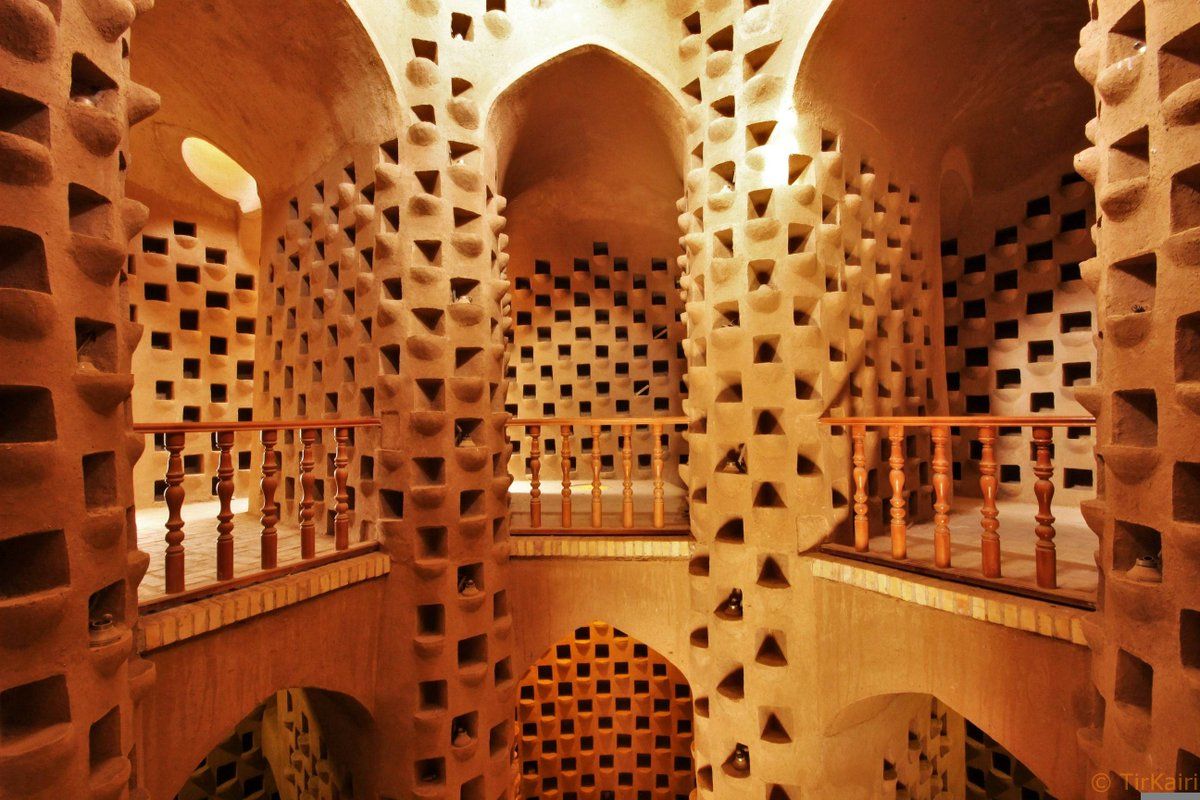 The pigeon houses are usually built of mud-brick. Unbelievably varied, often decorated by ornate cupolas and moqarnas friezes, they are so charming that it is well worth going even great distances to see them. It is no wonder that Herbert, when he described the pigeon tow-ers in 1629, said that he preferred them to people’s houses. He wrote that “albeit their [Iranian] houses were neat, yet they were in no wise comparable to their dovecots for curious outsides.” In the past, pigeon towers reflected the wealth of their owners.

Although there are never two absolutely identical pigeon towers, all conform to a single plan. Basically each tower consists of an outer drum, buttressed internally to prevent collapse and to support the inner drum that rises perhaps a third as high as the main structure. The buildings were created so as to be resistant to vibrations caused by pigeons when they flew out in groups. Thus, these curious constructions may be the first tremor-resistant structures in history. Galleries are supported by arches, barrel vaults, and domes, which have holes to allow the birds to fly up and down, the top-most being crowned by pepperpot-Iike turrets through which the birds enter. The dimensions of pigeon nests were such that a pair of pigeons could fly around easily. 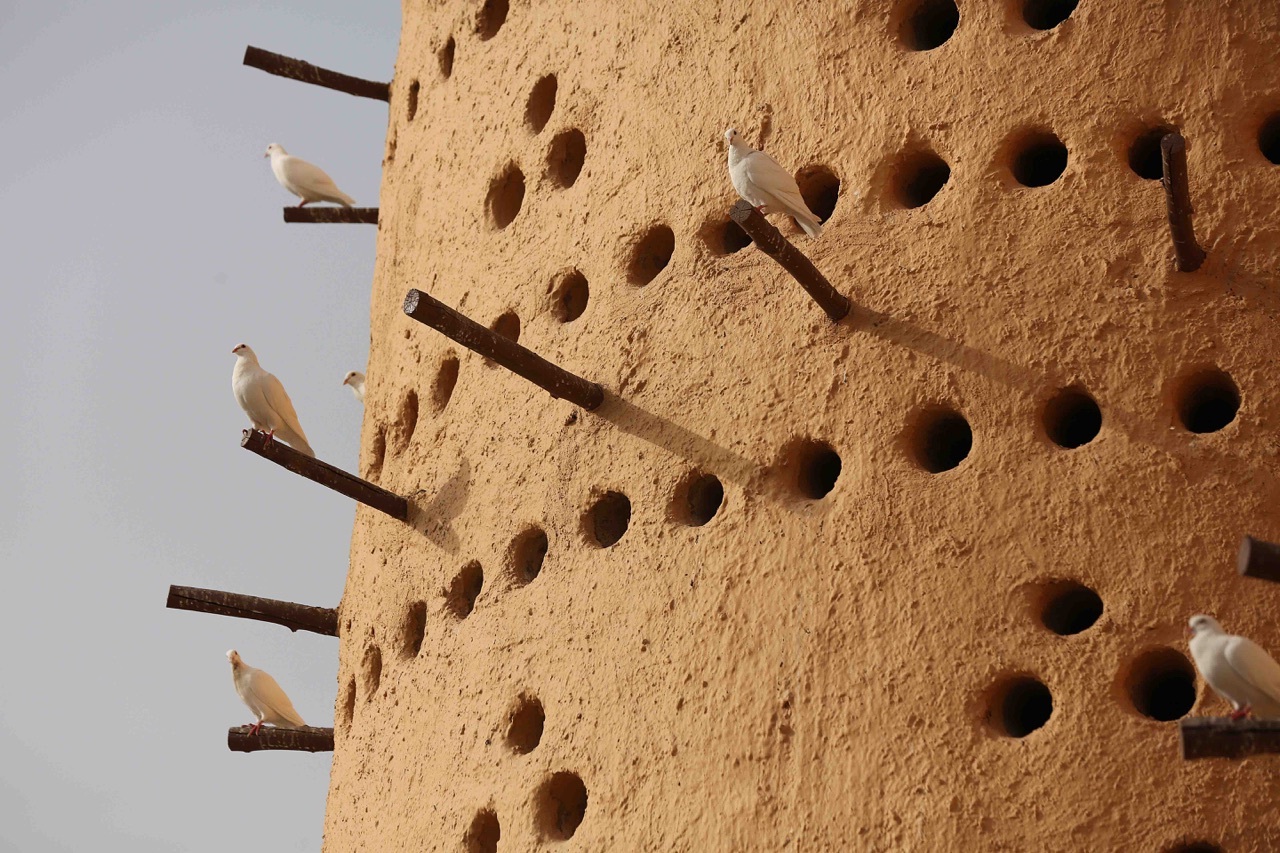 The typical pigeon tower is cylindrical and constructed of unfired mud brick, lime plaster and gypsum. The towers range from 10 to 22 meters in diameter and stand 18 or more meters high, and could house up to 14,000 pigeons. Because many animals prey on pigeons, the towers were constructed as impenetrable fortresses that could shelter the pigeons from predators. The small size of the entrances prohibits large birds such as hawks, owls or crows from entering inside.

To gather this precious resource, homes were built for the pigeons. Often over six stories high and 45 to 75 feet in diameter, these towering structures were filled with a honeycomb of small roosts for the pigeons. Each tower held as many as 14,000 pigeons. The towers are also an amazing example of architectural theme and variation, each based on one of eight traditional forms, but unique in its particular architecture. 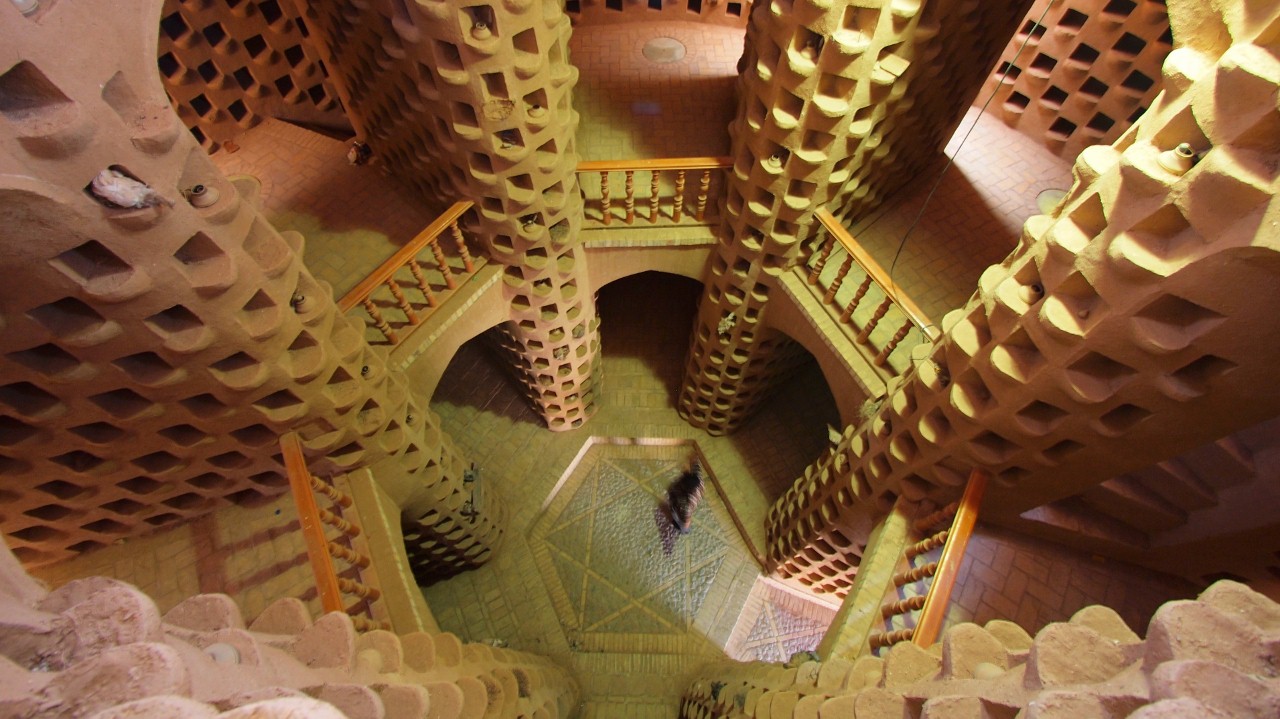