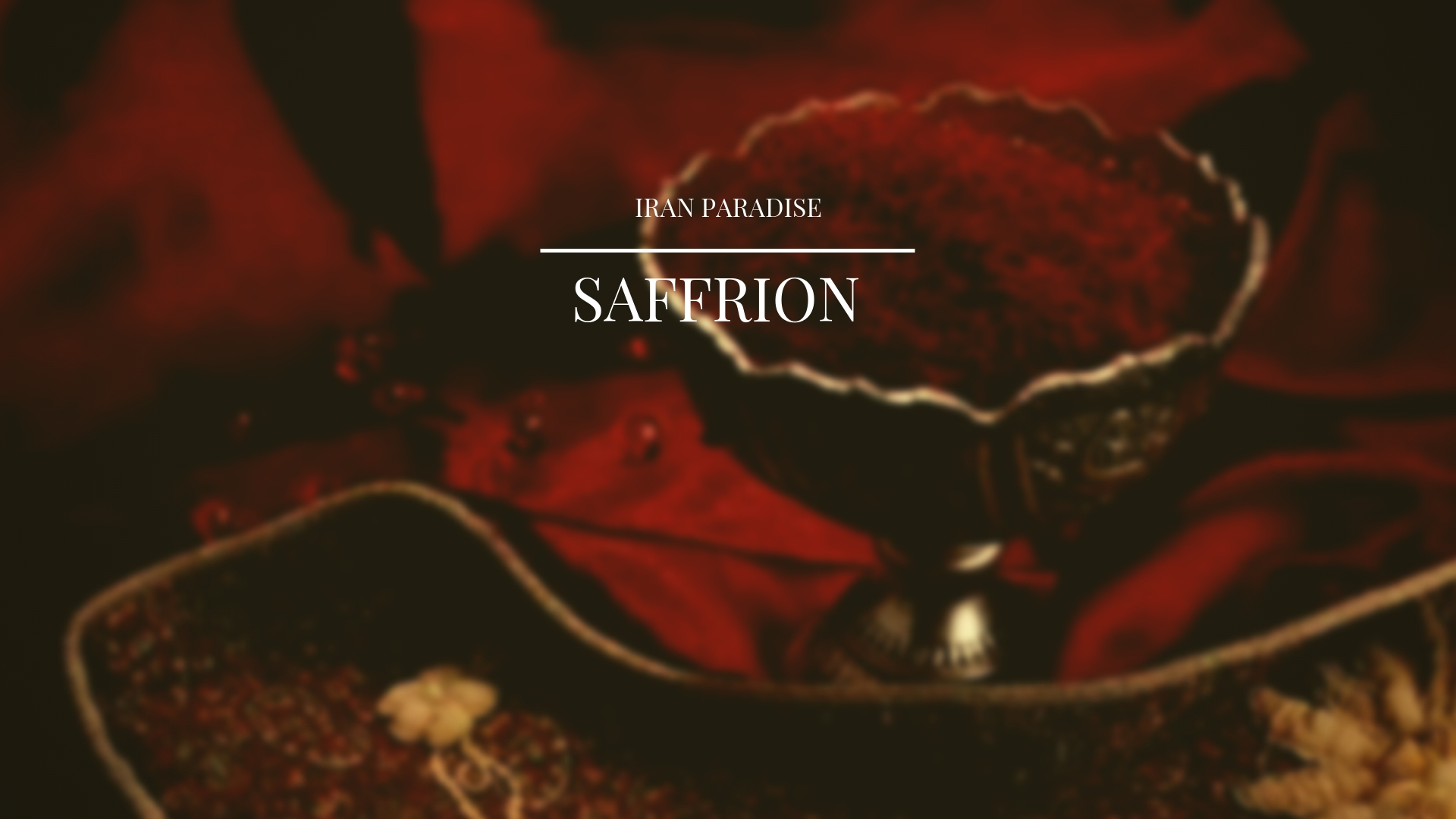 After hearing a lot about saffron, you might have this question in mind – What really is saffron? Saffron is the most expensive spice in the world­, going for up to $16 per gram—and with good reason. It comes from the dried bright orange-red stigmas of the flower Crocus sativus. But before you go digging up your spring crocus, know that this variety is special because it’s a triploid: it can’t grow in the wild or reproduce without human intervention. The gorgeous purple flower is painstakingly propagated and harvested by hand, and only on the morning it blooms. The more careful the cultivation, the higher the price. Saffron is used as a spice extensively in Persian, European, North African, Indian, Spanish, Turkish, Moroccan, and Asian cuisines. Its aroma is described by experts as resembling that of honey, with grassy, hay-like, and metallic notes. Saffron’s taste is like that of hay, but with hints of bitter. Even though saffron threads are red, it contributes a luminous yellow-orange coloring to items it is soaked with. Crocus sativus is commonly known as Saffron Crocus. In both antiquity and modern times, mostly saffron was and is used in the preparation of food and drink. Cultures spread across Africa, Asia, Europe, and the Americas value the red threads for use in such items as baked foods, curries, and liquor. 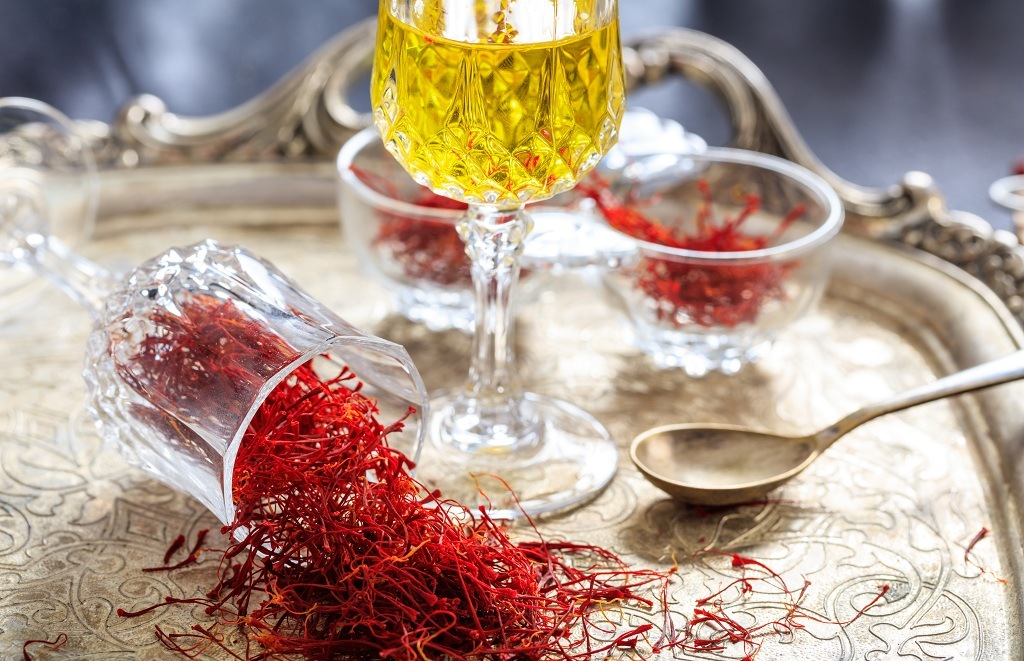 Saffron contains more than 100 components, but the three most promising appears to be: Crocin which is responsible for its orange color, Picrocrocin which provides its bitter taste, and Safranal which gives its aroma. Saffron benefits are countless. It has a long history in traditional healing and has been recently recognized for treating respiratory infections and disorders such as coughs and colds, scarlet fever, smallpox, cancer, hypoxia, and asthma. Other targets included blood circulatory disorders, insomnia, paralysis, heart diseases, stomach upsets, gout, chronic uterine haemorrhage, dysmorrhea, amenorrhea, baby colic, eye disorders, digestive stimulant, women menstrual pain, menopausal problems, and depression. It also helps with memory loss, male impotency, encourages oxygen flow, speeds the healing of wounds, and prevents cell death. Saffron has long been used as an aphrodisiac throughout centuries. In a simple word, benefits of saffron for male is that saffron promotes blood flow which longer and better sexual performances follow as a natural result. Saffron is also very well known to treat blood circulatory disorders and male impotency, but don’t expect to see the result after one use only. You need to add it to your daily regimen and see the result after a while. You’ll be surprised! 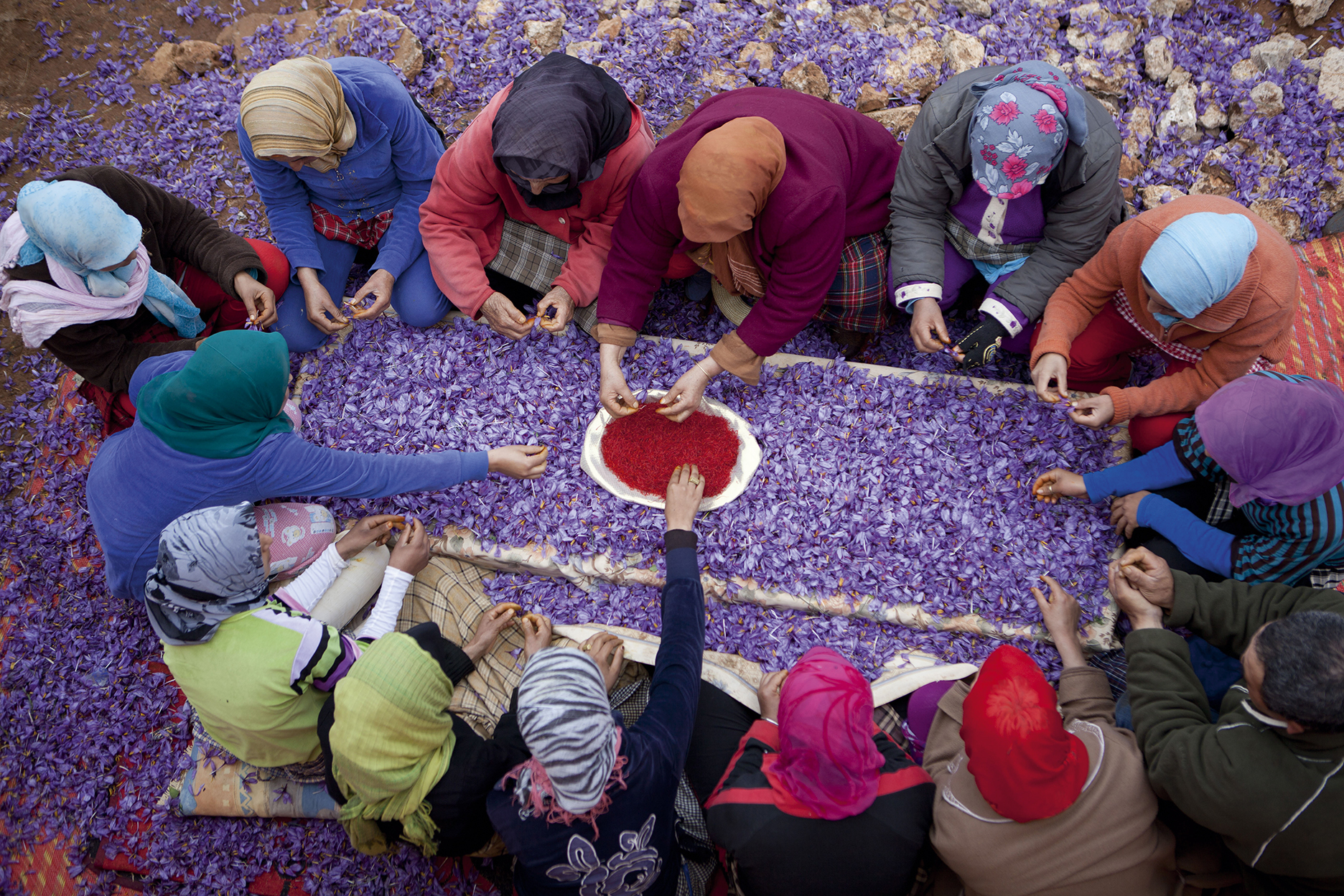 The followings are the most important benefits of saffron during pregnancy! Hormonal fluctuation will cause mood swings. Saffron has antidepressant properties that help balance your mood. During pregnancy digestive system is very slow and will cause many problems such as bloating, gas, and constipation. Saffron is a digestive stimulant. Saffron targets stomach upsets and sooths acidity. Hormonal surges will cause skin problems and hair fall off. Saffron has properties for removing pimples, easing rashes, and smoothing face and skin tone. Pregnant women with infections or cold cannot take any pharmaceutical medicines in order not to affect their fetus. Saffron has recently been recognized for treating respiratory infections and disorders such as cough and colds. Read saffron side effects. A growing number of respected scientists are convinced of the possibility of saffron in curing cancer. Saffron’s pharmacological effects on malignant tumors have been documented in different studies. Saffron has shown promise as a new and alternative treatment for a variety of cancers. Extracts of saffron have been shown to inhibit the formation of tumors and/or to retard tumor progression in a variety of experimental animal systems. 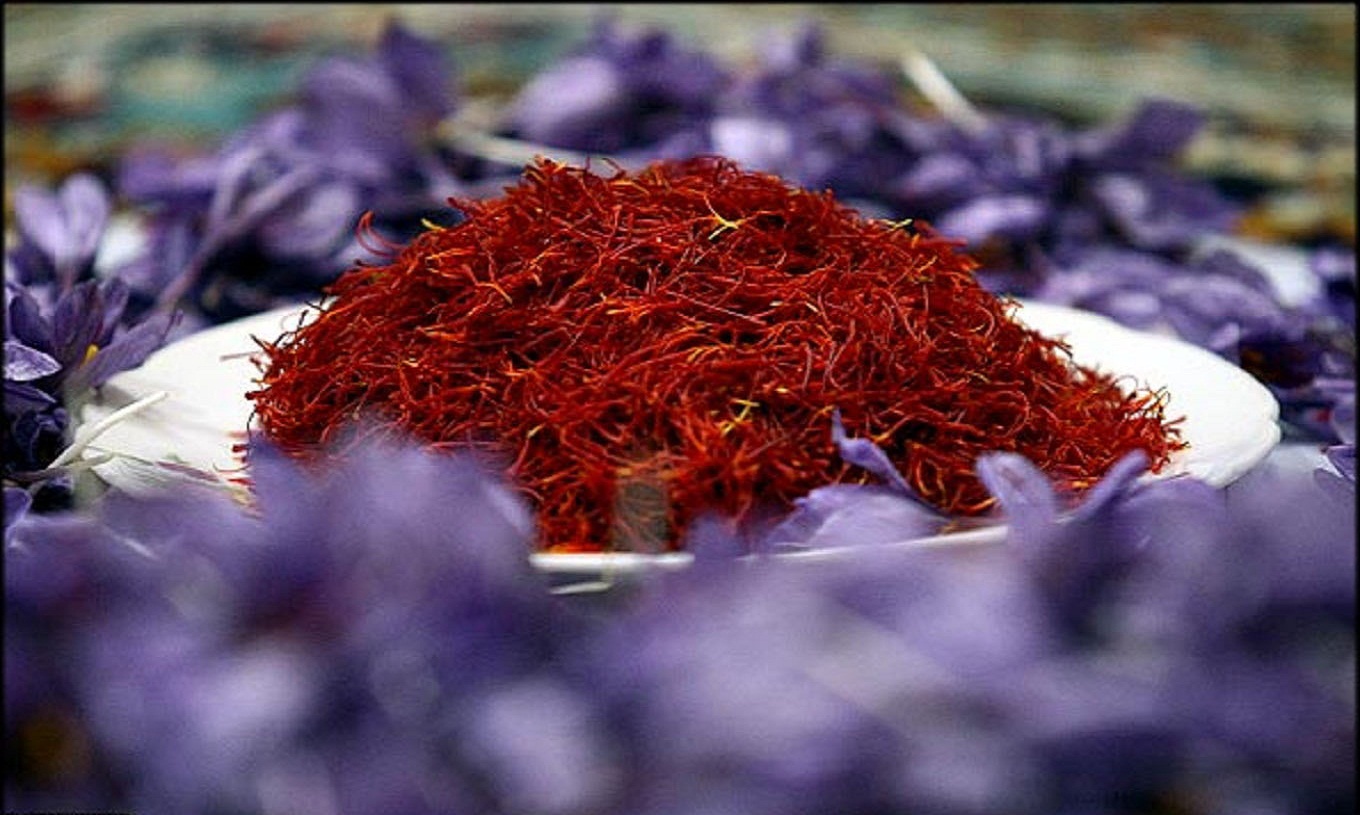 The reddish-colored zeaxanthin is one of the carotenoids naturally present within the retina of the human eye. For its zeaxanthins property, saffron is also known for reducing the risk of age-related macular degeneration (AMD) of the eyes. Test findings suggest saffron reverses age-related macular degeneration (AMD), the most common cause of blindness in old people. Saffron affects the amount of fat stored by the eye, making vision cells tougher and more resilient. In the relatively small quantities in which saffron is usually consumed, it seems to be a perfectly safe and harmless substance. As people are being more aware of benefits of saffron on skin and saffron uses, the usage of this precious spice is now improving just because, saffron is a natural product for its aroma, and it contains removing pimples, easing rashes, and smoothing face and skin properties. Some studies show that saffron can inhibit the growth of some types of skin cancer, as well as another type of tumor called sarcoma. Researchers found that feeding mice with a saffron extract prevented the formation of soft tissue sarcomas. Another saffron benefit as antioxidant comes from the intense golden orange color of saffron which hints of its medicinal nature and comes from the carotenoids and beta carotenes (precursor of vitamin A) found in carrots. Benefit of these two components is that they have antioxidant and anti-inflammatory properties. Antioxidants protect the body from free radical damage. 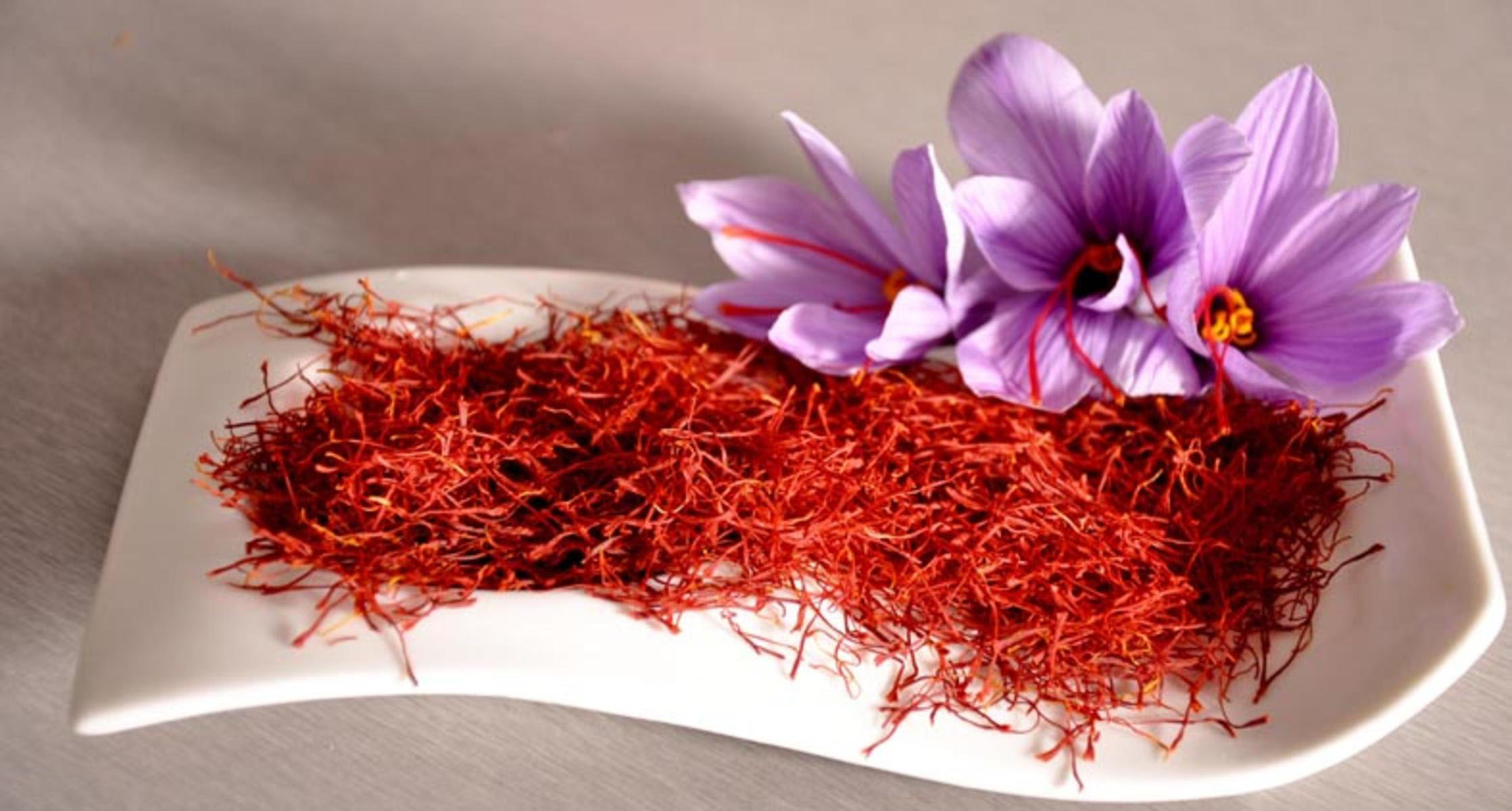 There will be no saffron side effects if you follow below instructions especially during pregnancy. If you’ve never taken saffron in your whole life, make sure that you are not allergic to it. You cannot take more than a pinch of saffron (5-10 Sargol threads) for each serving. Safe consumption of saffron is two servings per day. You may mix it in a glass of hot milk. By the time milk get cooler and ready to consume, saffron defuses its components while soaked. Consuming 5 grams of saffron in one day is poisonous and lethal. Pregnant women should consult with their doctors prior to taking saffron. You may take saffron from the 5th month of your pregnancy and on, not earlier. Although saffron has many advantages for you and your baby, taking high volume of saffron could result in miscarriage. Saffron Uses as Medicine: Documentation of saffron’s use over the span of 4,000 years in the treatment of some 90 illnesses has been uncovered and mentioned above under saffron benefits section. Saffron Uses in Cooking: The saffron uses in food industry are increasing due to its golden color, and exotic aroma. It’s most common function is to color rice yellow, as in risotto Milanese, where its delicate flavor make it the most famous of Italian rice dishes. See our Saffron Recipes 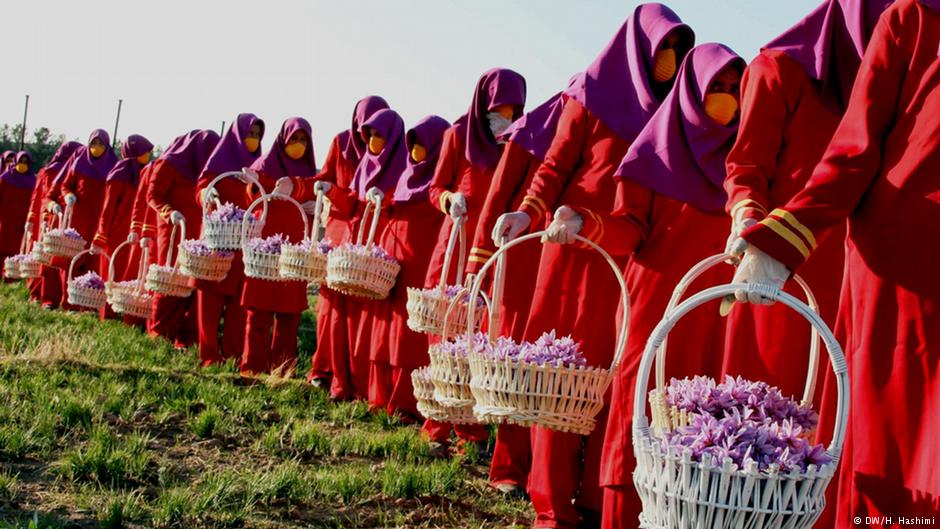 Saffron Uses in Liquor: In Italy saffron’s most common use is in confectionery and liquor industries such as Chartreuse, izarra, and strega. These types of alcoholic beverages rely highly on saffron to provide a flourish of color and flavor. Typical methods include mixing pure saffron threads in extraneous substances like beets, pomegranate fibers, red-dyed silk fibers, or the saffron crocus’s tasteless and odorless yellow stamens or turmeric to add dead weight. Saffron stamens have no culinary properties but will still add the signature yellow color of saffron. Other methods included dousing saffron fibers with viscid substances like honey or vegetable oil or by artificial colorants and by mixing genuine stigmas of saffron flower with other parts of plants (e.g. some species of grass) artificially colored. Another method is mixing saffron threads (stigmas) with cheaper substitute like safflower (Portuguese saffron), sometimes referred to as “bastard saffron”, which yield a bright yellowish hue that does not precisely match that of saffron. 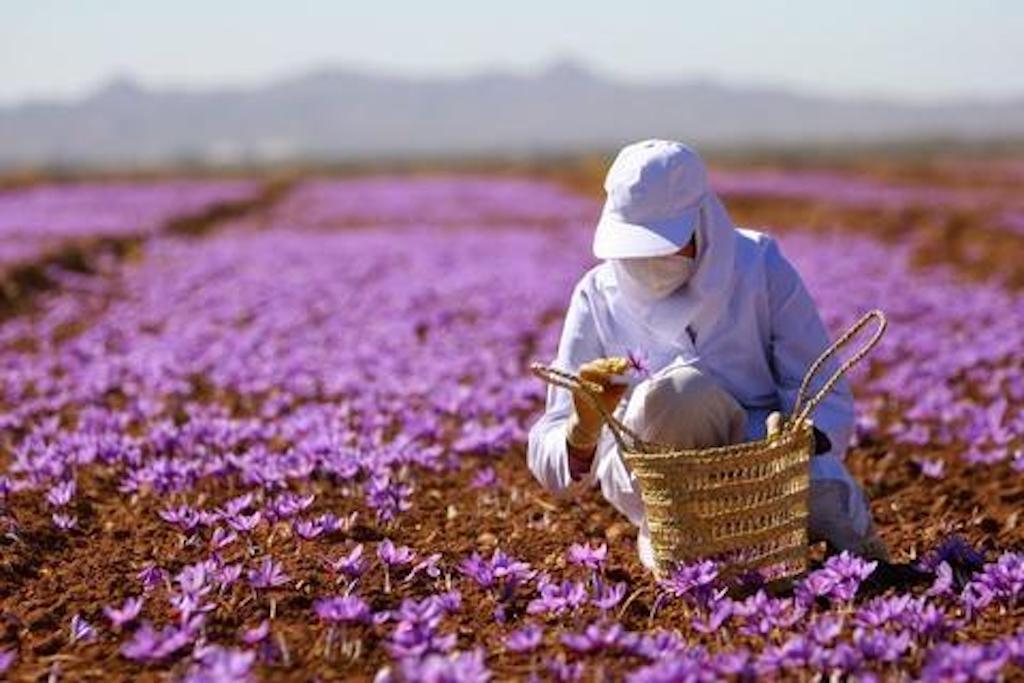 Adulteration can also consist of selling mislabeled mixes of different saffron grades. High quality Saffron produced in Iran is exported in bulk to Spain. Then the imported Saffron is mixed and reprocessed with lower grade Spanish (La Mancha) and Portuguese saffron (safflower which is often sold as “assafroa”) before being packaged in beautiful designs. It is then re- exported as La Mancha or Mancha saffron at very higher prices to all parts of the world. Spain is producing almost 1 ton of saffron annually but is exporting 100 tons per year 20-30 tons of which to the united states alone. How could it be possible? However, powdered saffron is more prone to adulteration, with turmeric, paprika, and other powders used as diluting fillers. Saffron is available both in saffron threads (stigmas) and saffron powder, though the long, deep red threads are usually preferable to the powder for three reasons: Saffron powder loses it flavor more rapidly. It can easily be adulterated with less-expensive powders like turmeric and paprika. You cannot prepare dishes to show off the whole saffron threads.