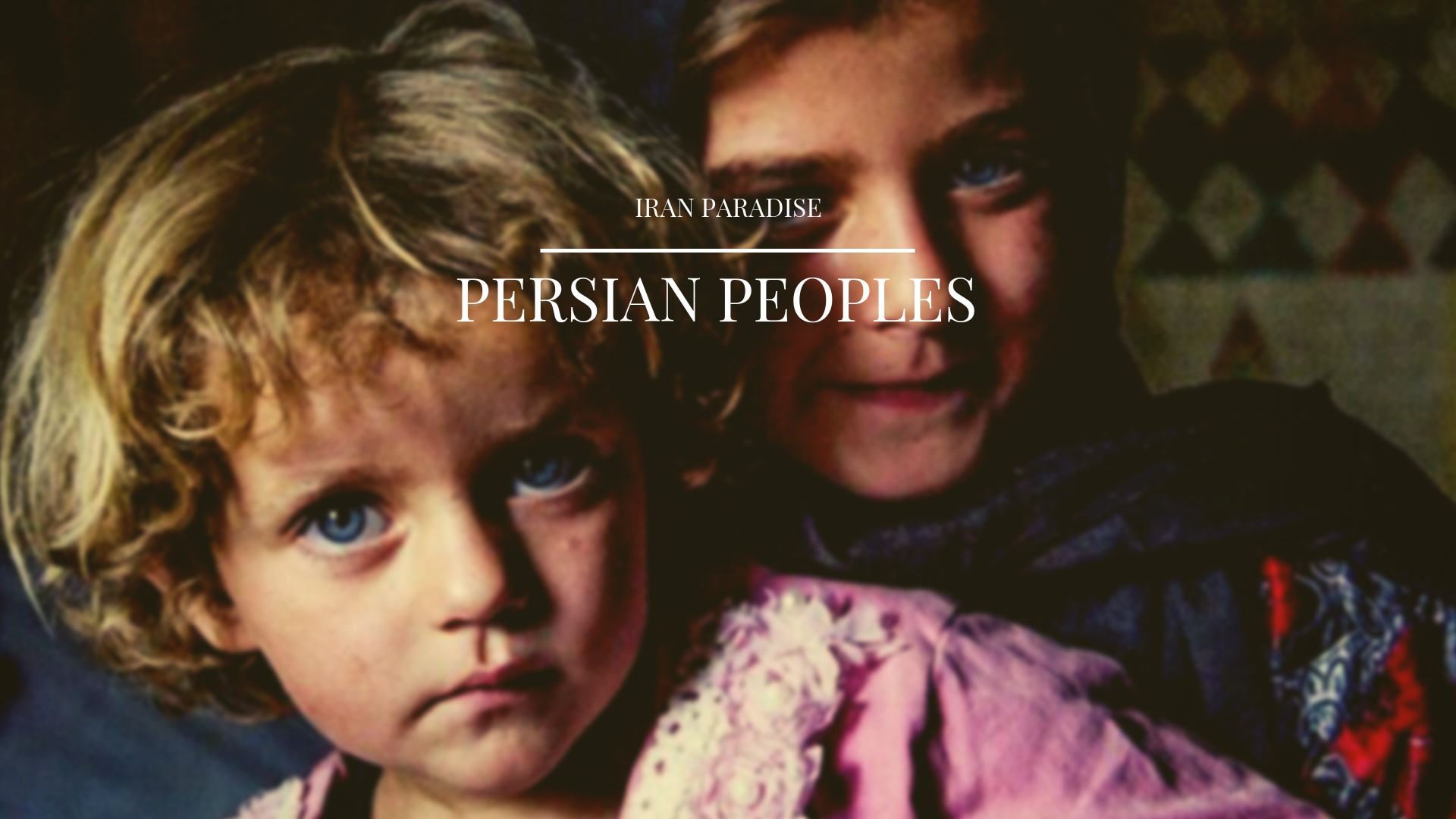 The Persian Peoples are a collection of ethnic groups defined by their usage of Iranian languages and discernable descent from ancient Iranian peoples. The Iranian peoples live chiefly in the Middle East, Central Asia, the Caucasus, and parts of the Indian subcontinent, though speakers of Iranian languages were once found throughout Eurasia, from the Balkans to western China. As Iranian peoples are not confined to the borders of the current state of Iran, the term Iranic peoples is sometimes used as an alternative in order to avoid confusion with the citizens of modern Iran.

The series of ethnic groups which comprise the Iranian peoples are traced to a branch of the ancient Indo-European Aryans known as the Iranians or Proto-Iranians. Some scant information about the way of life of these early people has been elucidated through archaeological finds in Russia, Central Asia and the Middle East. The Iranian peoples have played an important role throughout history: the Achaemenid Persians established the world’s first multi-national state, and the Scythian- Sarmatian nomads dominated the vast expanses of Russia and western Siberia for centuries and gave birth to the infamous Amazons. In addition, the various religions of the Iranian peoples, including Zoroastrianism and Manichaeism, were important early philosophical influences on Judeo-Christianity. Early Iranian tribes were the precursors to many diverse modern peoples, including the Persians, the Kurds, the Pashtuns, and many other, smaller groups. The southern Iranian peoples survived Alexander the Great’s conquests, Muslim Arab attempts at cultural dominance, and devastating assaults by the Mongols, whereas the Iranians of the north were largely assimilated by the Slavs and other European peoples. 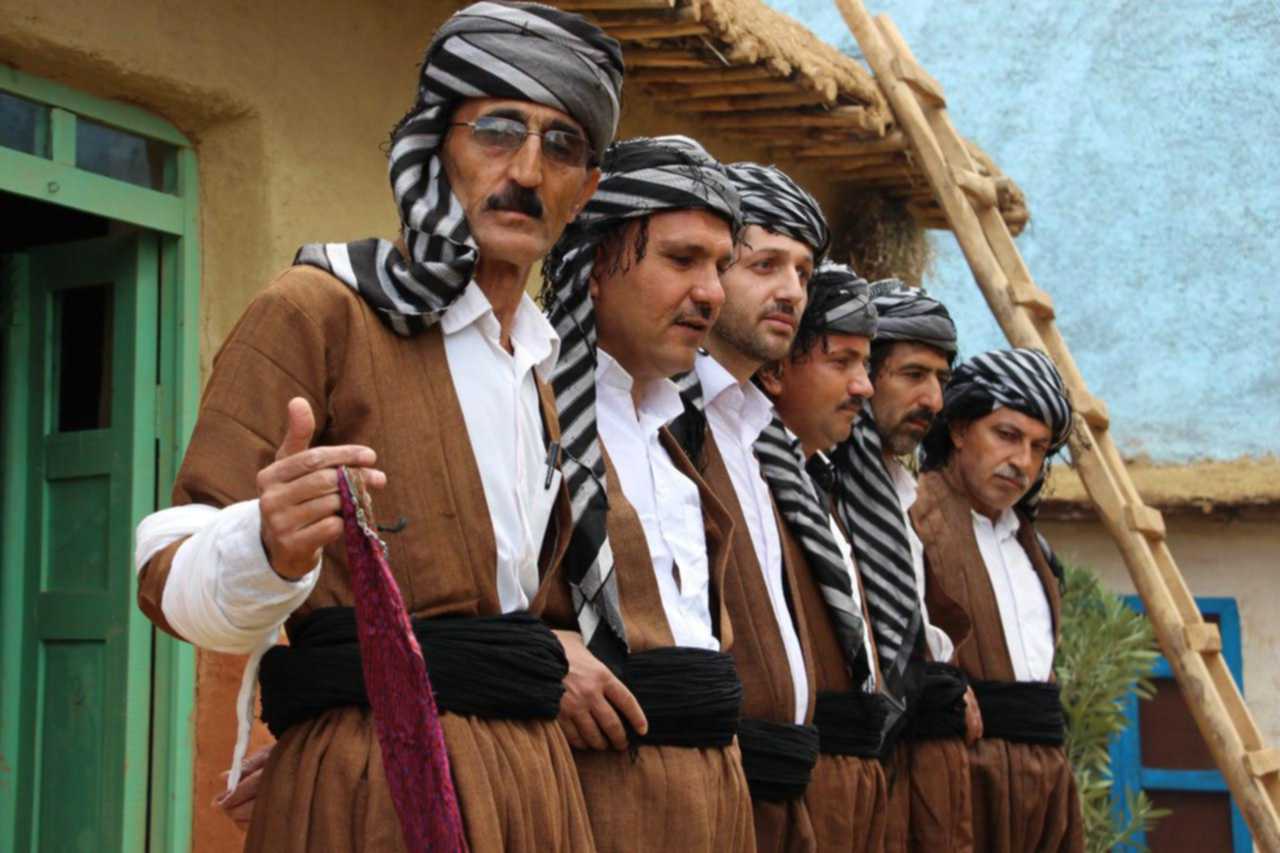 The term Iranian is derived from Iran (lit: “Land of the Aryans”). The old Proto-Indo-Iranian term Arya, meaning “noble”, is believed to have been one of a series of self-referential terms used by the Aryans, at least in the areas populated by Aryans who migrated south from Central Asia and southern Russia. Their ancient homeland was referred to as Airyanem Vaejah and varied in its geographic range, sometimes referring to Fars (according toEratosthenes), sometimes to the area around Herat ( Pliny’s view), sometimes to the entire expanse of the Iranian plateau ( Strabo’s designation).

From a linguistic standpoint, the term Iranian peoples is similar in its usage to the term Germanic peoples, which includes various peoples who happen to speak Germanic languages such as German, English and Dutch, or the term Slavic peoples, which includes various speakers of Slavic languages including Russians, Bosniaks, and Serbs. Thus, along similar lines, the Iranian peoples include not only the Persians, or Tajiks, of Iran, Afghanistan and Tajikistan, but also the Pashtuns, Kurds, Ossetians, Baloch, and a number of other groups. The academic usage of the term Iranian peoples, or Iranic peoples, is thus distinct from the state of Iran and its various citizens (who are all Iranian by nationality, and thus popularly referred to as Iranians), in the same way that Germanic peoples is distinct from Germans. Many citizens of Iran are not necessarily “Iranian peoples”, by virtue of not being speakers of Iranian languages, and may not have discernable ties to ancient Iranian tribes. 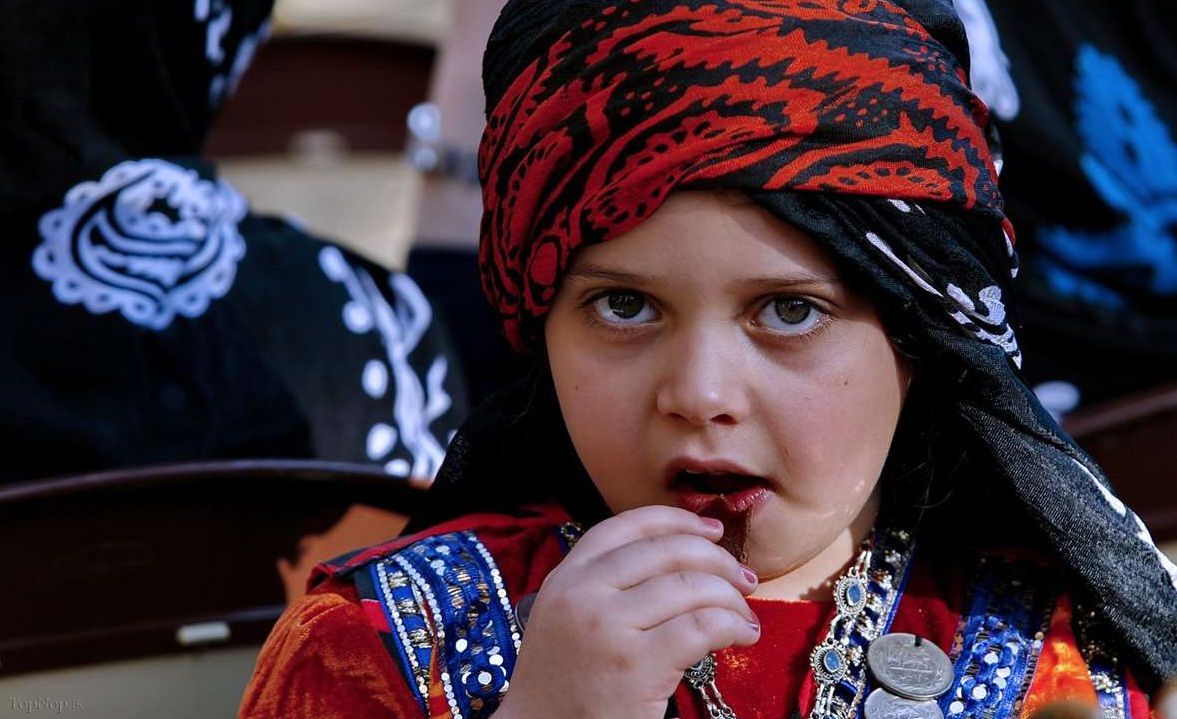 Having descended from the Aryans (Proto- Indo-Iranians), the ancient Iranian peoples separated from the Indo-Aryans,Nuristanis and Dards in the early 2nd millennium BCE. The Iranian languages form a sub-branch of the Indo-Iranian sub-family, which is a branch of the family of Indo-European languages. The Iranian peoples stem from early Proto-Iranians, themselves a branch of the Indo-Iranians, who are believed to have originated in either Central Asia or Afghanistan circa 1800 BCE. The Proto-Iranians are traced to the Bactria-Margiana Archaeological Complex, a Bronze Age culture of Central Asia. The area between northern Afghanistan and the Aral Sea is hypothesized to have been the region where the Proto-Iranians first emerged, following the separation of Indo-Iranians tribes.

By the first millennium BCE, Ancient Iranian peoples such as the Medes, Persians, Bactrians and Parthians populated the Iranian plateau, while Iranian peoples such as the Scythians, Sarmatians, and Alans populated the steppes north of the Black Sea. TheSaka and Scythian tribes remained mainly in the north, and spread as far west as the Balkans and as far east as Xinjiang. Later offshoots, related to the Scythians, included the Sarmatians, who vanished following Slavic and other invasions into southern Russia, the Ukraine, and the Balkans, presumably due to having been assimilated by other tribes.

There are only scant references to these early Proto-Iranian invaders in the early writings of the ancient Assyrians and Babylonians. Two of the early offshoots of the Proto-Iranians are known: Avestan speakers in Afghanistan, and Old Persian speakers in Fars in southeastern Iran. The Avestan texts known as the Gathas are believed to have been written by Zoroaster, the founder of Zoroastrianism, while Old Persian appears to have been established in written form following the adoption of cuneiform from the Sumerians. The Yaz culture (ca. 1500-1100 BC) may mark the development of Eastern Iranian and the emergence of Avestan culture.

The first mentioning by an Iranian tribe of their “Aryan” lineage is from an early inscription known as the Behistun Inscription, recording a proclamation by Darius I of Persia that he was of Aryan ancestry and that his language was an Aryan language. The inscription thus provides a link in the Iranian languages to the usage of the term Arya in early Indo-Aryan texts. These ancient Persians recognized three official languages ( Elamite, Babylonian, and Old Persian), which suggests a multicultural society. It is not known to what extent other Proto-Iranian tribes referred to themselves as “Aryan”, or if the term has the same meaning in other Old Iranian languages. 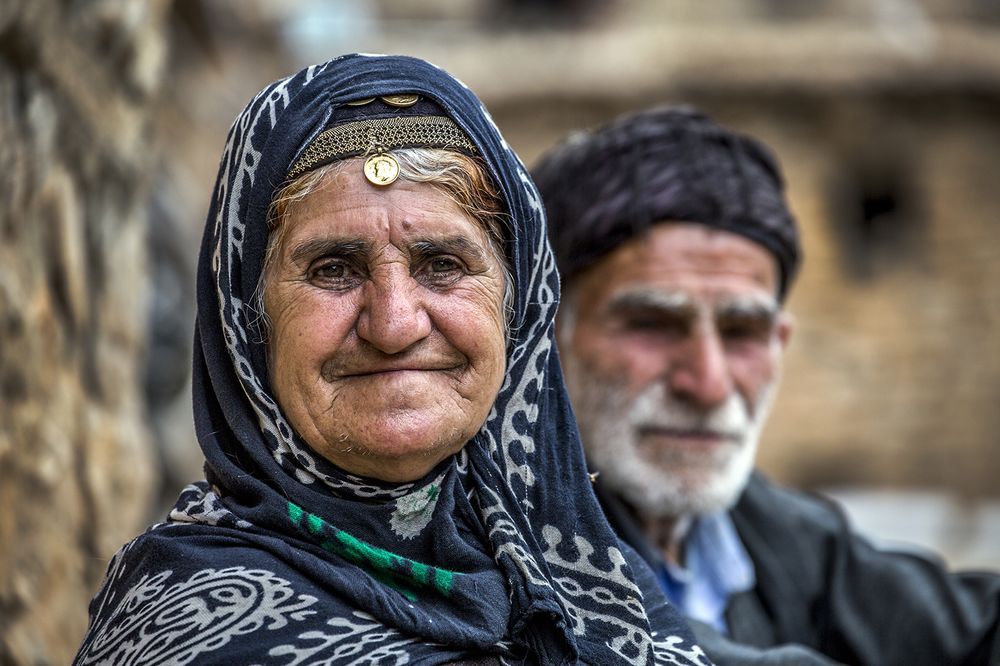 There are an estimated 150 million native speakers of Iranian languages. Currently, most of these Iranian peoples live in Iran, Afghanistan, Tajikistan, western-Pakistan, parts of Uzbekistan (especially Samarkand andBukhara), the Caucasus ( Ossetia and Azerbaijan), and the Kurdish areas (referred to as Kurdistan) of Turkey, Iraq, Iran and Syria. Smaller groups of Iranian peoples can also be found in western China, India and Israel. Due to recent migrations, there are also large communities of speakers of Iranian languages in Europe and the Americas.

It is largely through linguistic similarities that the Iranian peoples have been linked, as many non-Iranian peoples have adopted Iranian languages and cultures. However, other common traits have been identified as well, and a stream of common historical events have often linked the southern Iranian peoples, includingHellenistic conquests, the various empires based in Persia, Arab Caliphates, and Turkic invasions.

Although most of the Iranian peoples settled in the Iranian plateau region, many expanded into the periphery, ranging from the Caucasus and Turkey to the Indus and western China. The Iranian peoples have often mingled with other populations, with the notable example being the Hazaras, who display a distinct Turkic- Mongol background that contrasts with most other Iranian peoples. Similarly, the Baloch have mingled with the Dravidian-speaking Brahui (who have been strongly modified by Iranian invaders themselves), while the Ossetians have invariably mixed with Georgians and other Caucasian peoples. Moreover, the Kurds are an eclectic Iranian people who, although displaying some ethnolinguistic ties to other Iranian peoples (in particular their Iranian language, and some cultural traits), are believed to have mixed with Caucasian and Semitic peoples. Modern Persians themselves are also a heterogeneous group of peoples descended from various ancient Iranian and indigenous peoples of the Iranian plateau, including the Elamites. Thus, not unlike the aforementioned example of Germanic peoples including the English, who are both of Germanic and Celtic origin, Iranians are an ethno-linguistic group, and the Iranian peoples display varying degrees of common ancestry and cultural traits that denote their respective identities. 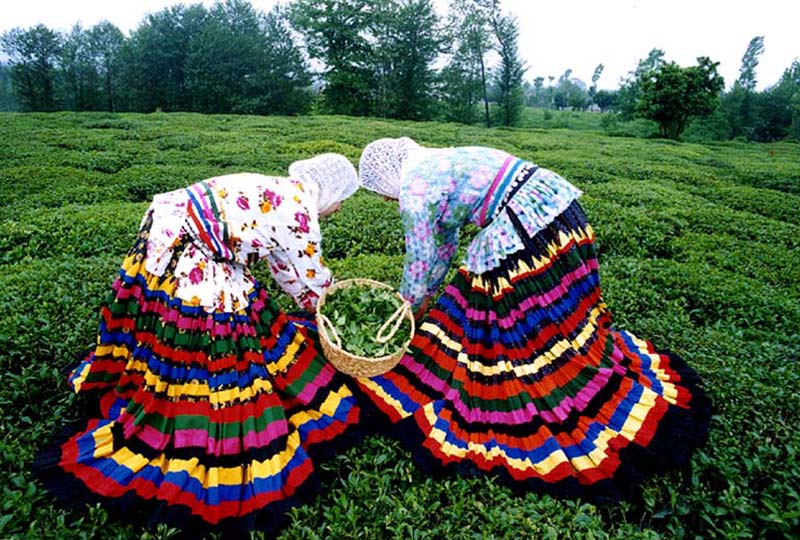 Many of the cultural traits of the ancient Iranians were similar to other Proto-Indo-European societies. Like other Indo-Europeans, the early Iranians practiced ritual sacrifice, had a social hierarchy consisting of warriors, clerics, and farmers, and poetic hymns and sagas to recount their deeds. Following the Iranian split from the Indo-Iranians, the Iranians developed an increasingly distinct culture. It is surmised that the early Iranians intermarried with and assimilated local cultures over a long period of time, and thus a caste identity was never needed or created by the Iranians—in sharp contrast with the Indo-Aryans. Various common traits can be discerned amongst the Iranian peoples. For example, the social event Norouz is an Iranian festival that is practiced by nearly all of the Iranian peoples as well as others in the region. Its origins are traced to Zoroastrianism and pre-historic times. Some Iranian peoples exhibit distinct traits that are unique unto themselves. The Pashtuns adhere to a code of honour and culture known asPashtunwali, which has a similar counterpart amongst the Baloch, called Mayar, that is more hierarchical. 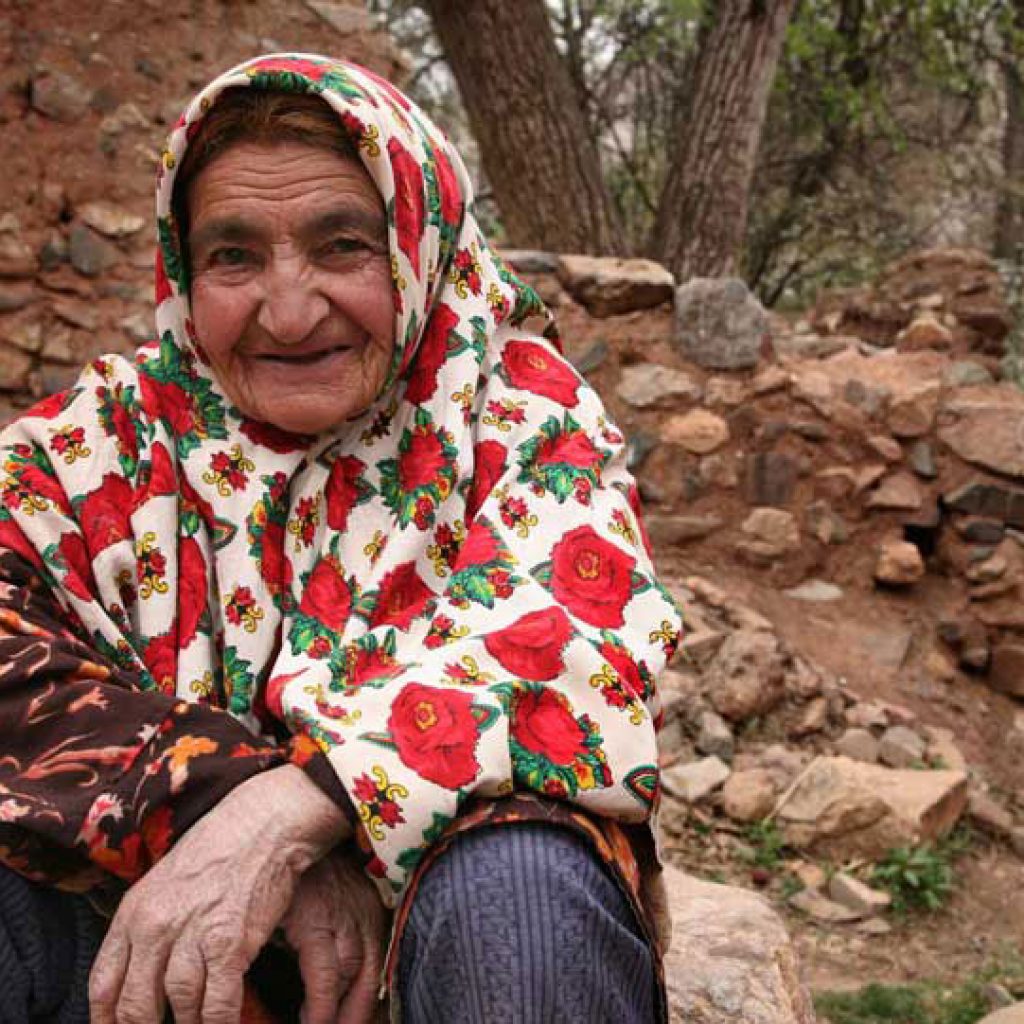 Modern speakers of Iranian languages mainly follow Islam. Some follow Judaism, Christianity and the Bahá’í Faith, with an unknown number showing no religious affiliation. Of the Muslim Iranian peoples, the majority overall are followers of the Sunni sect of Islam, while most Persians and Hazaras are Shi’a. Shi’a Islam and Sufism in Iran are both thought to be affected by Persianism. The Christian community is largely represented by the Russian Orthodox denomination, followed by Ossetians and Nestorians. Judaism is followed mainly by Persian Jews, Jews of Afghanistan, Kurdish Jews, and Mountain Jews (of the Caucasus), most of which are now found in Israel. The historical religion of the Persian Empire was Zoroastrianism and it has some followers. They are known as the Parsis in India, or Zoroastrians in Iran and Pakistan. 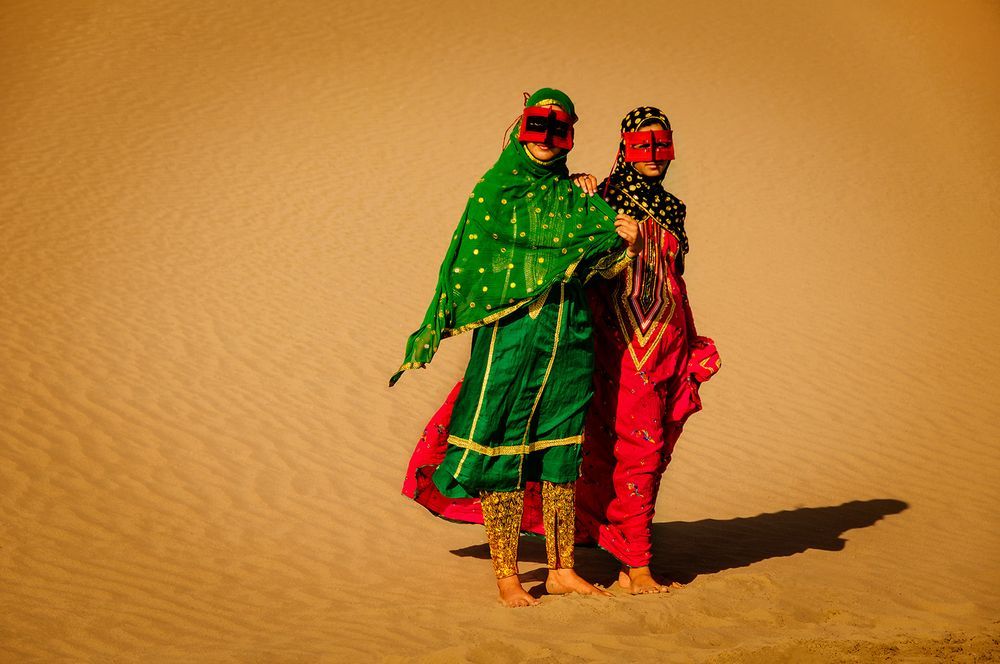