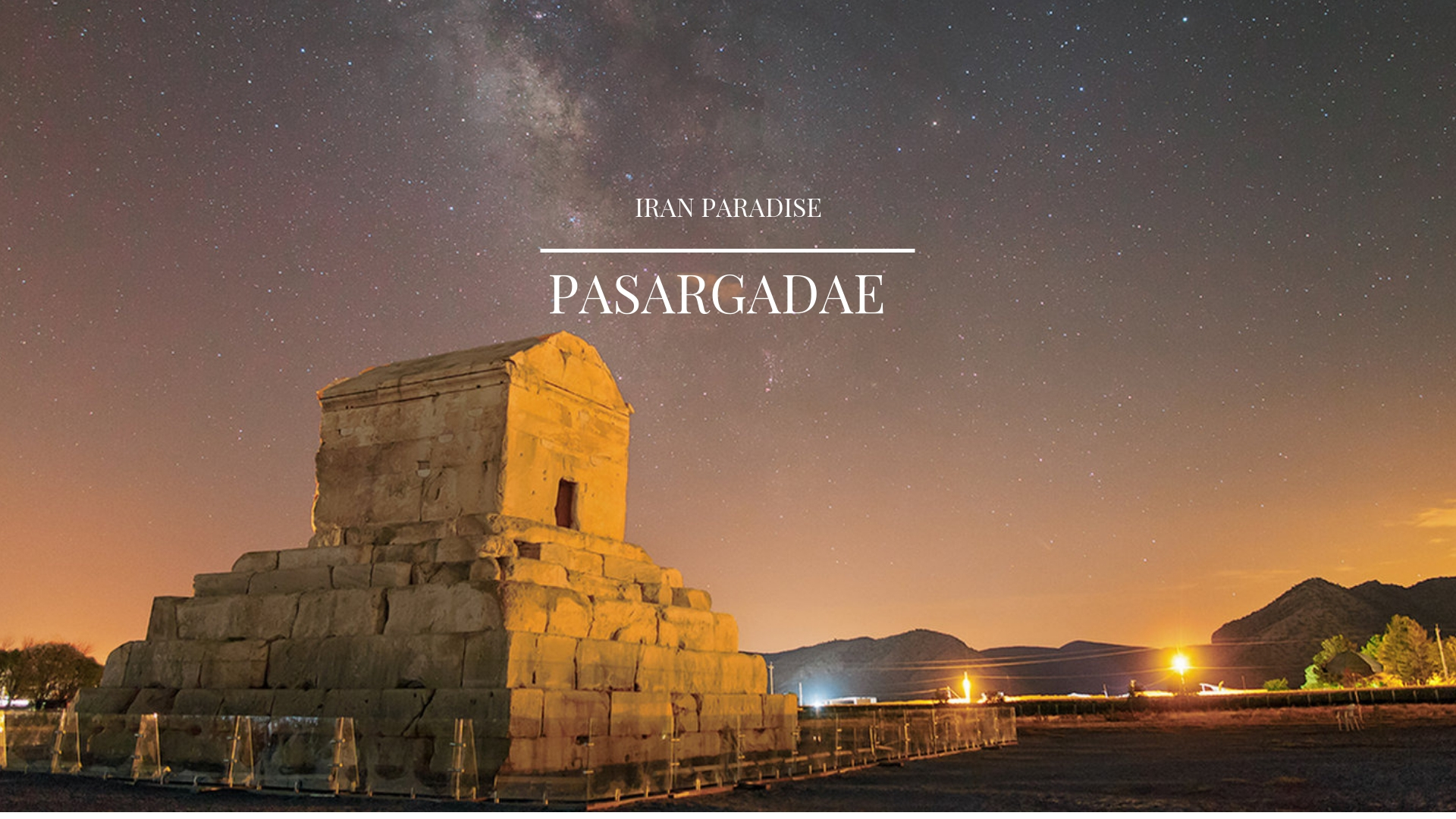 The village of Pasargadae, lying south of the Abarkuh Desert, stands on a lonely, windswept plain surrounded by arid mountains. The sole reason to journey out to this remote town is to visit the ancient monuments from which it takes its name. Marked by an austere beauty, these ruins of empire will enthral historians and those with a detective interest in piecing together the clues of an ancient civilization. It has to be said, there are not that many clues to go on, but enough to suggest that the ancients were sophisticated in their tastes and grand in their design.

Pasargadae was one of the oldest residences of the Achaemenid kings, founded by Cyrus the Great(r.559-530). It resembled a park of 2×3 km in which several monumental buildings were to be seen. According to the Roman geographer Strabo of Amasia, the palace of Pasargadae was built on the site where king Cyrus (r.559-530) defeated the leader of the Medes, Astyages, in 550 BCE (Strabo, Geography, 15.3.8). 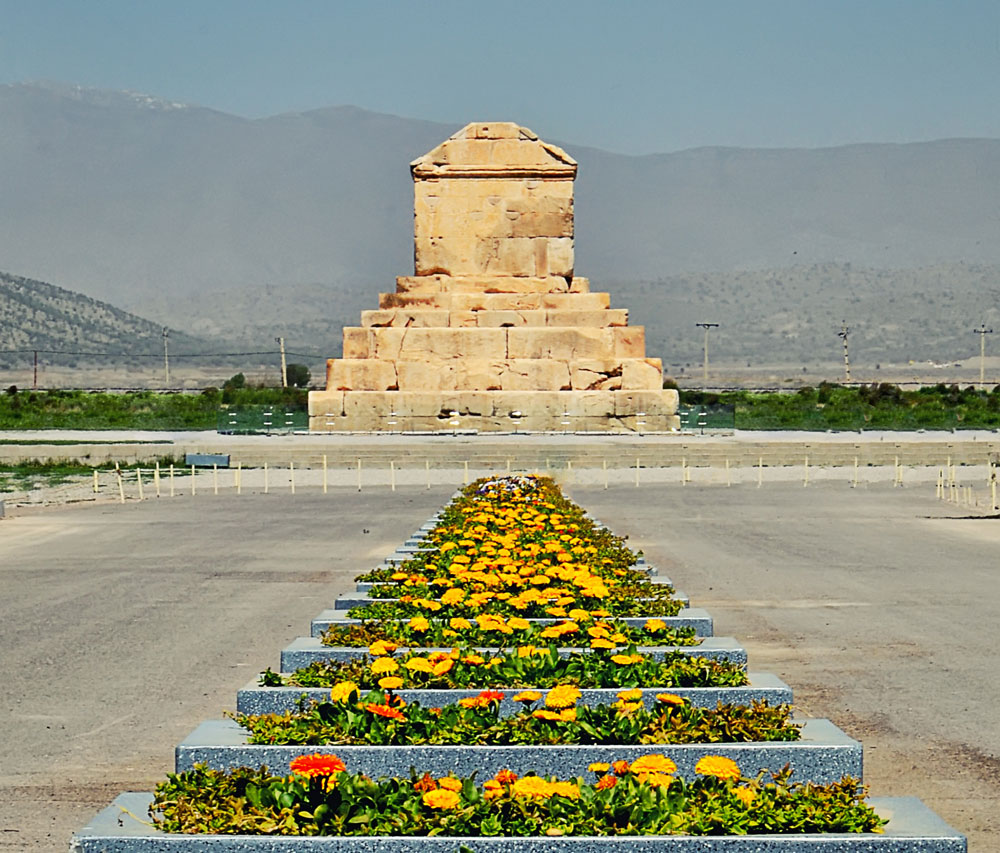 The battle is a fact, also mentioned in the Nabonidus Chronicle, and there is no evidence to contradict that it took place on the Murghab plain, but the context contains errors, so we should not place too much confidence on it. However, that Cyrus was indeed the builder of this town, can be corroborated from the fact that the building inscriptions in the palace, known as CMa, mention Cyrus, the great king, an Achaemenid. If he did not build the palace on this site because of a military victory, there may have been other reasons: the place is beautifully situated in the center of a fertile plain, on all sides surrounded by mountains. It is essentially a valley that was filled by sediments from the river Pulvar. If we ignore the prehistoric site at Tall-e Nokhodi and similar sites, the oldest monument of Pasargadae is the citadel, which is known as Tall-i Takht or “throne hill”. Situated on one of the few hills in the valley, it overlooks the palace complex itself.

The citadel may or may not predate the reign of Cyrus, and reminds one of the fortified terrace complex at Masjid-e Solaiman, although masonry is more refined. Cyrus’ palace, situated to the southwest of the Tall-i Takht, consists of two units: the residential Palace P (built from cold white natural stone) and a columned audience hall, Palace S. The audience hall was approached from the south-east; the visitor first had to pass a gate and then had to cross a bridge over a branch of the river Pulvar. It is best to imagine Pasargadae as a group of garden pavilions in a park: essentially a camp of nomads, but made out of natural stone. Stylistically, the Audience Hall, the Residential Palace, the garden pavilions A and B, and the Gate belonged to the architectural tradition of the Iranian nomads, who lived in large tents. However, Cyrus used elements from other cultures as well: sculptures from the Assyrian palaces were used as models, work may have been done by stonemasons from Greek Ionia, and a hybrid demon guarded the gate. Perhaps the population of the city had a similar, mixed character. 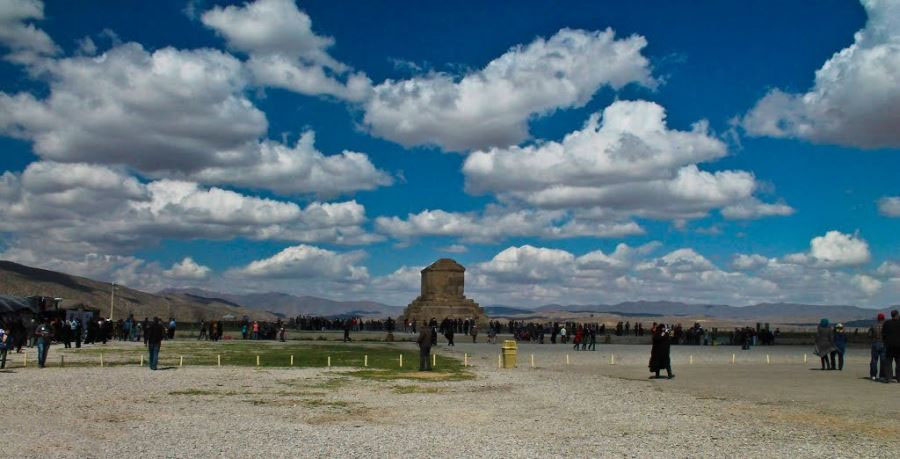 The small tomb of king Cyrus is situated a little to the southwest. It was venerated by later rulers, a.o. the Macedonian king Alexander the Great, who ordered restorations in January 324 BCE. King Darius I the Great (522-486) built a new capital, Persepolis, forty-three kilometers downstream along the river Pulvar. However, Pasargadae remained an important place, probably as the religious capital of the Achaemenid empirewhere the inauguration of the kings took place. You can read a description over here. Perhaps, the sanctuary in the northwest played a role in the ceremonies. The site remained occupied after the end of the Achaemenid Empire. There’s some evidence for a great fire on the citadel in c.280, and the presence of coin hoards in the stratum of destruction suggests that the fire was caused by enemies. There is no evidence for war in Persis at that moment, but there is a very tantalizing reference to Bactrian troops at the End of Seleucus Chronicle (rev.8). Reportedly, the remains of the tomb of king Cambyses were identified in 2006. 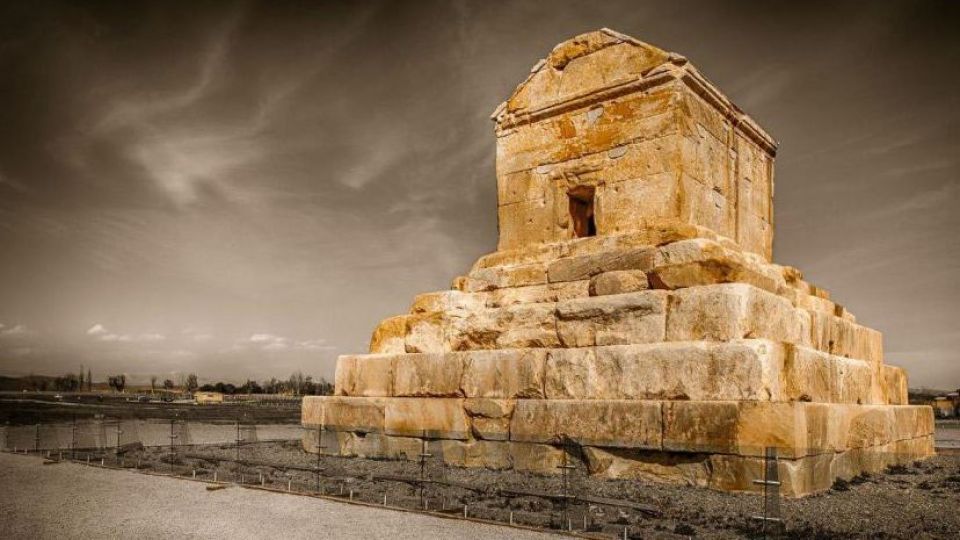