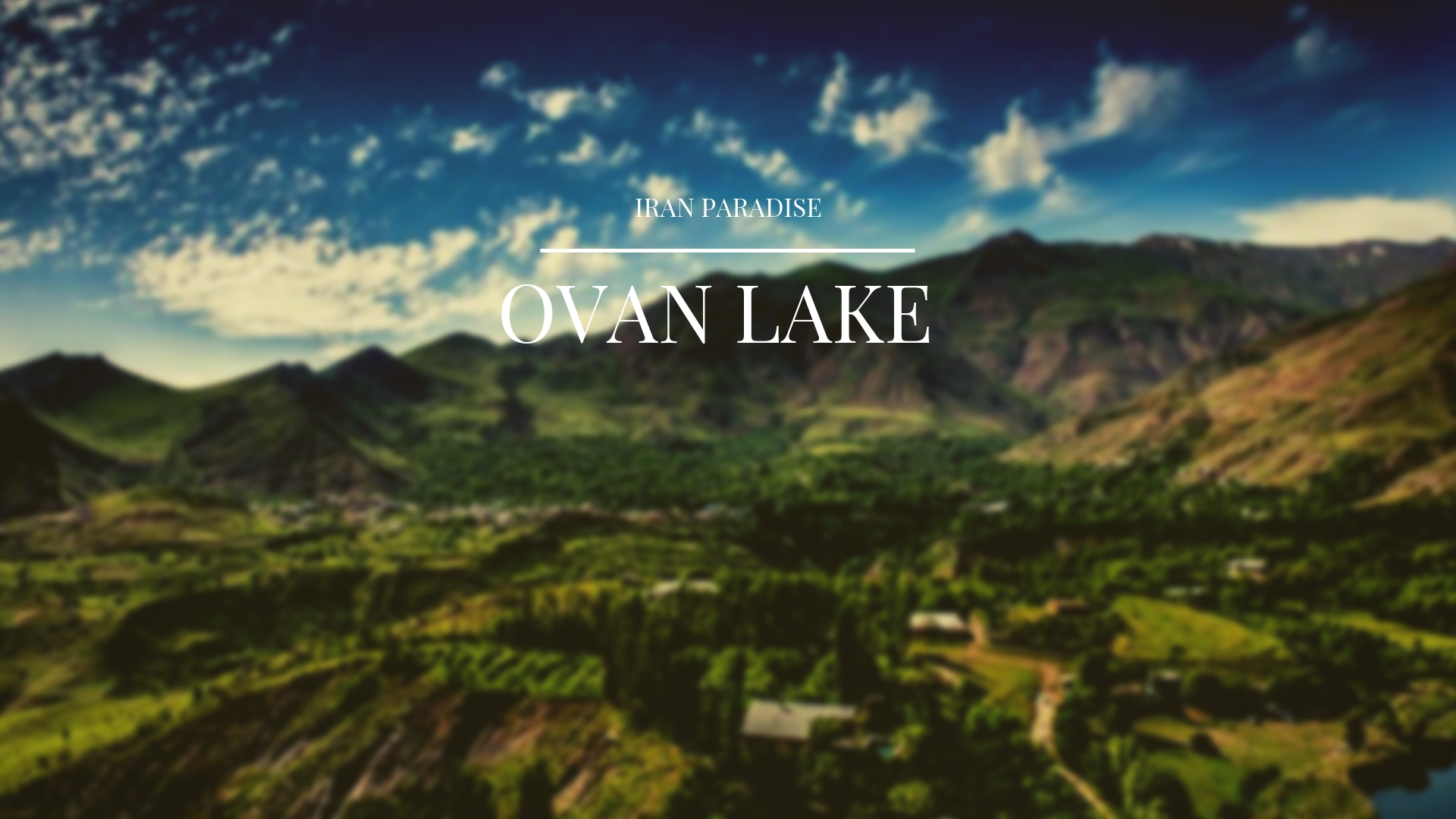 As 89th item registered in the list of national natural heritage of Iran, Ovan Lake (Evan Lake in some guide books) is a small alpine lake in Alamut region of Alborz range, in Qazvin province of Iran. Located 75 km from Qazvin and in a mountainous region, a lake has been created for nature enthusiasts due to its special position at an altitude of 1815 meters above sea level. If you look up from above to the lake, we will notice the beautiful vegetation that encloses it and continues to the high mountains. The mountains are also steadfast and protect the lake and vegetation around it.

The name of this amazing lake is Evan, meaning the place of water gathering, and since February 20, 2010, it is the 89th National Natural Heritage Site in the Natural Heritage List of Iran.

The water of Ovan Lake is provided from rainwater, Ovan stream – the same name as the lake- originated in the Alborz Mountain Range, and also the ever-gushing springs in the lakebed which feed the lake with crystal clear water. These result in very clean and transparent water for the lake. 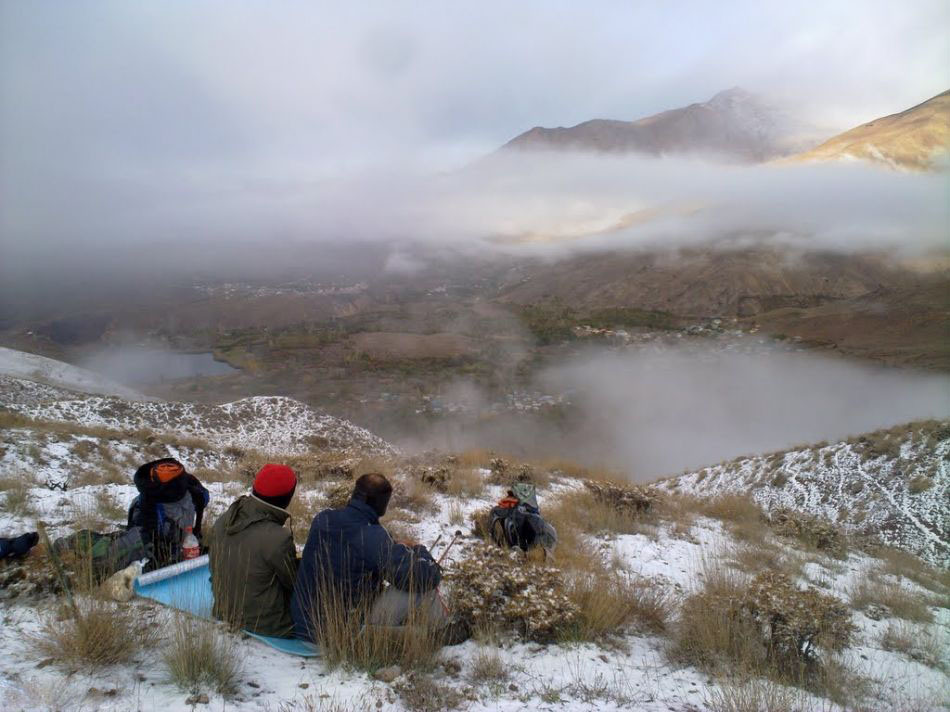 During summer, Ovan Lake is used as fishing resort as well as a proper place for swimming and yachting. During autumn, the lake is the habitat of migrant birds like swan, goose, and duck while its surface becomes slippery with ice in winter (so it can be used for sports such as skiing and ice skating).

There in the lake also live fishes like salmon, carp, and pike in addition to plants like everglade and reed that grow in its vicinity. Although there are no maintained facilities or nice benches to sit on around the lake, but this keeps the area natural.

Lake Evan is in the area of hunting banned, since unbridled hunting has caused irreparable damage to the ecosystem of the region and life in recent years. In spite of many signs that prevent visitors from fishing, people are still busy with it and endanger the lives of fish.

The sediment of the lake floor and the existing herbs is one of the reasons why swim in the open air becomes a high-risk activity. So the best thing is to look at warning signs and not endanger our lives and others.

Consider the silence as an advantage! Since the lake is surrounded by mountains, almost no light from the nearby cities is reflected in its sky. From a distance, one can only see a few light-bulbs shining in the village, which makes it an ideal place for observing stars and photographing the sky. However, Ovan is not suitable for observing stars in winters when most access roads are closed due to heavy snowfalls.

The area is also suitable for camping. The lake is situated among the four villages of Ovan, Varboon, Zavvaar-dasht, and Zar-abad. Such location provides travelers with accommodation options, but given the quaint landscape of Ovan, most prefer to set up tents and light a campfire around the lake. But if you wish to build a fire, you should bring firewood from the adjacent village. 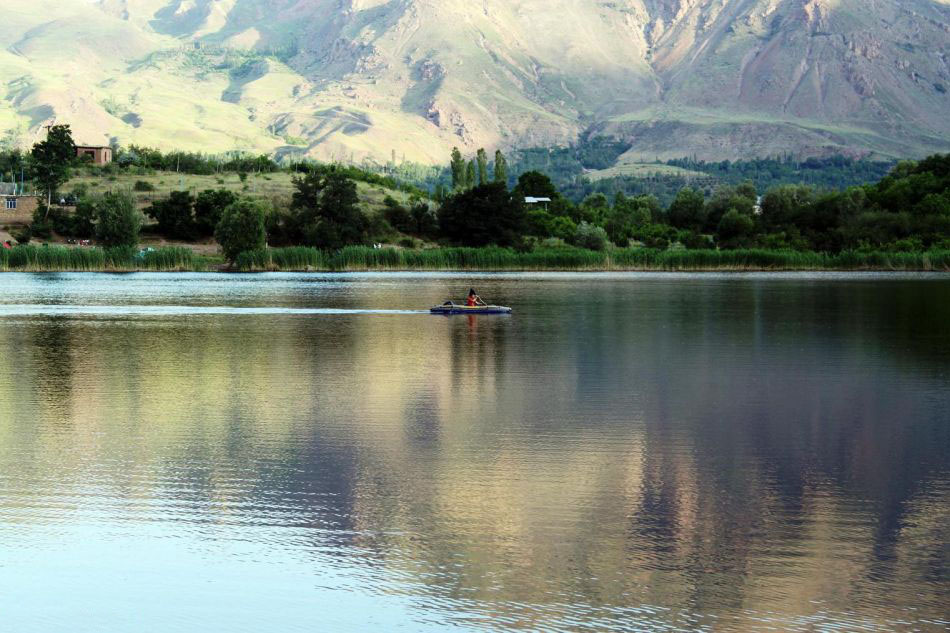 No firewood is found near the lake, which one may need for lighting up a fire due to the extreme cold in winter. The picturesque Alamut Valley, in which the beautiful Ovan Lake flows, is among the natural attractions of Qazvin province, which brings in a large number of tourists every year. Travelers not only can benefit from the beauties of Ovan Lake and historic Alamut castle (which is a famous place in the country), they can also spend some time to climb on the magnificent mountains of this region.

The lake can be reached via a road which connects Qazvin to East Alamut. Starting from the south towards the north, there is village at beginning of the road, called Shinqor. After passing a relatively high hill there is a flat area called Rajaee-dasht. A few kilometers after this point, where the road branches off, and the Moalem-kalaye road should be taken. At the last fork, there is a narrow road towards the north which directly goes to the lake. Thanks to these beauties and natural potentials, Ovan Lake is recorded as one of the most significant tourist poles in Qazvin province and is frequented by many visitors during the whole year especially on holidays and in summer. 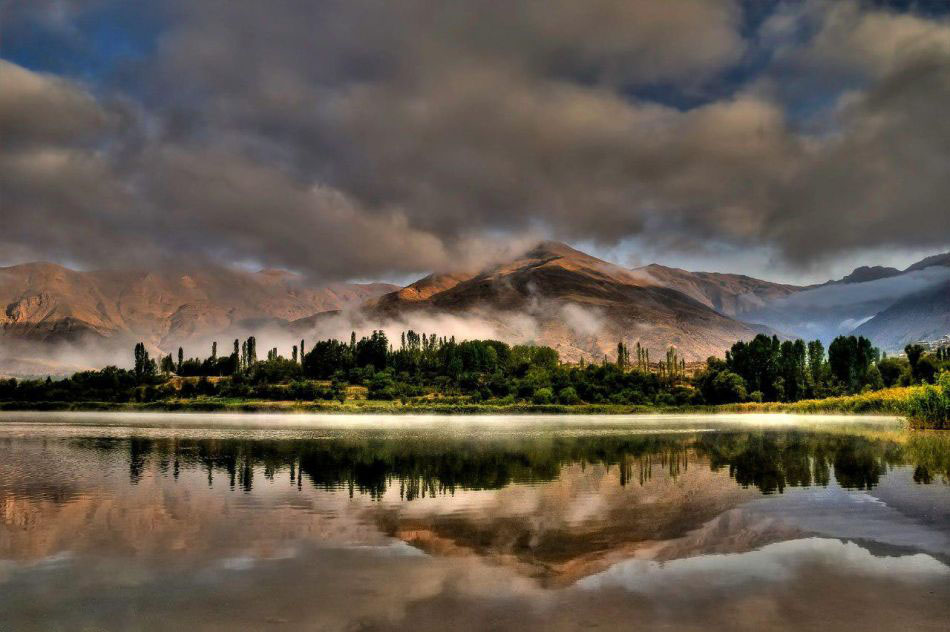