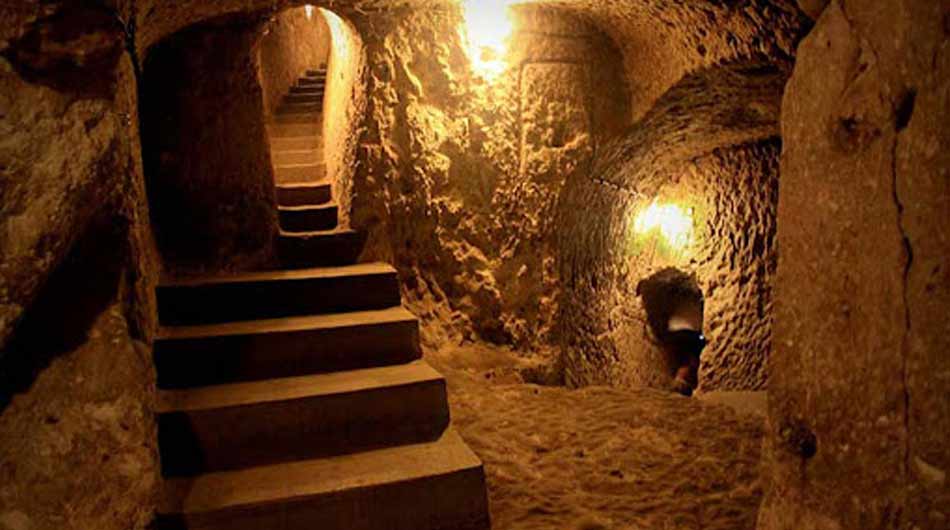 While many of these subterranean worlds have become obsolete, others are fully functional urban spaces scattered around the world, from Asia to Africa and from Europe to Oceania. Hidden passageways, ancient tunnels, stone-made spaces, and activities few people ever heard about, have made these cities mysterious yet astonishing settlements beneath the Earth’s surface. Located in the central district of Aran-Bidgol county, the Iranian province of Isfahan, the underground city of Nushabad is one of the oldest in the world. 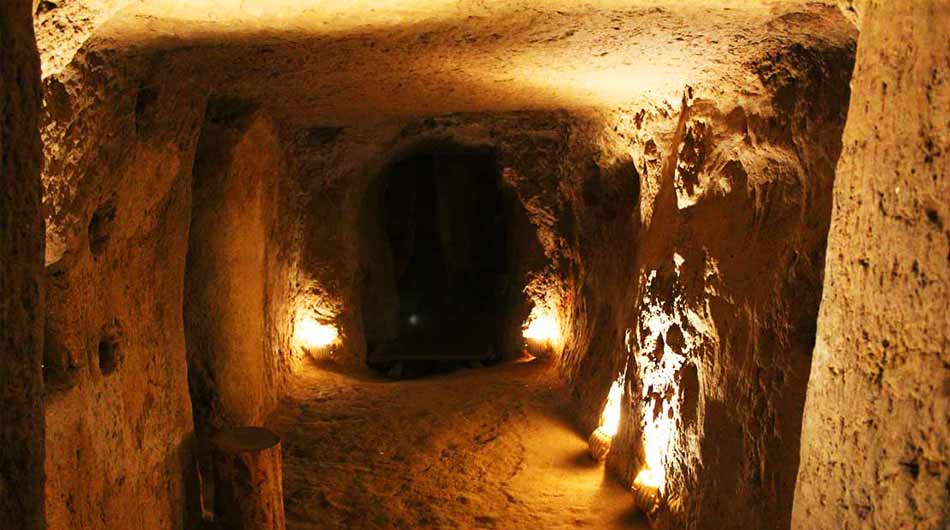 This remarkable complex of tunnels, 8km north of Kashan, originally grew up around a freshwater spring, credited with supplying delicious, crystal-clear water. Only part of the tunnel system is open to visitors today, and those parts are often subject to flooding (note the two-colour tone of the walls showing the flood level), but even a quick descent to the first level gives an idea of the complexity of this ancient engineering project. 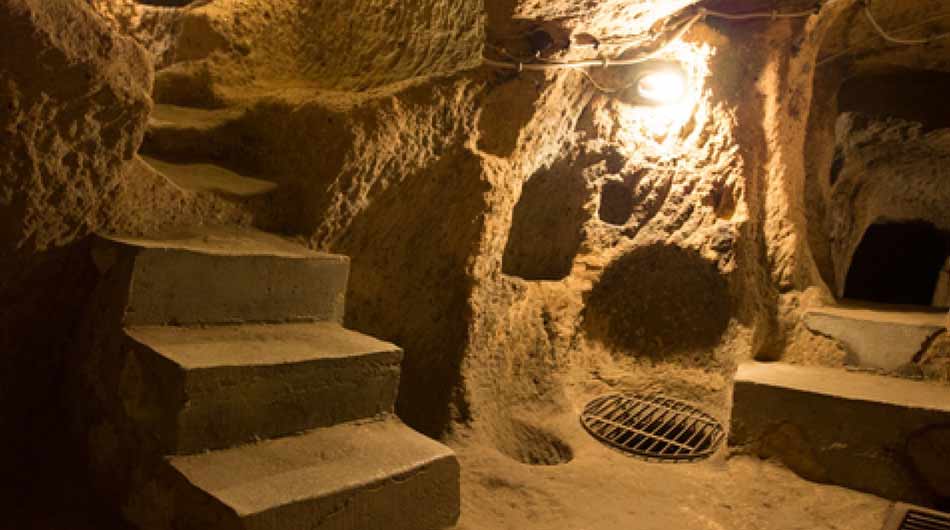 In the old times, mud-brick forts and castles used to surround Noushabad to protect the city against its enemies. However, these fortifications were not the only defensive strategy people of Noushabad resorted to. To protect themselves against incessant threats, residents of Noushabad came up with the imaginative solution of melting into earth. Yeah, they sought shelter within the embrace of mother earth! To be able to do this, they had carved a secret, underground city in which they sheltered whenever an overpowering enemy approached their territory. This hidden city, called “Ouyi” in local dialect or “hey!” in English, was discovered by chance in 2004. Concerning the etymology of the name of this city, it should be mentioned that the residents used the injunction Ouyi widely to call each other whenever in the underground city and so it became popular as “Ouyi.” 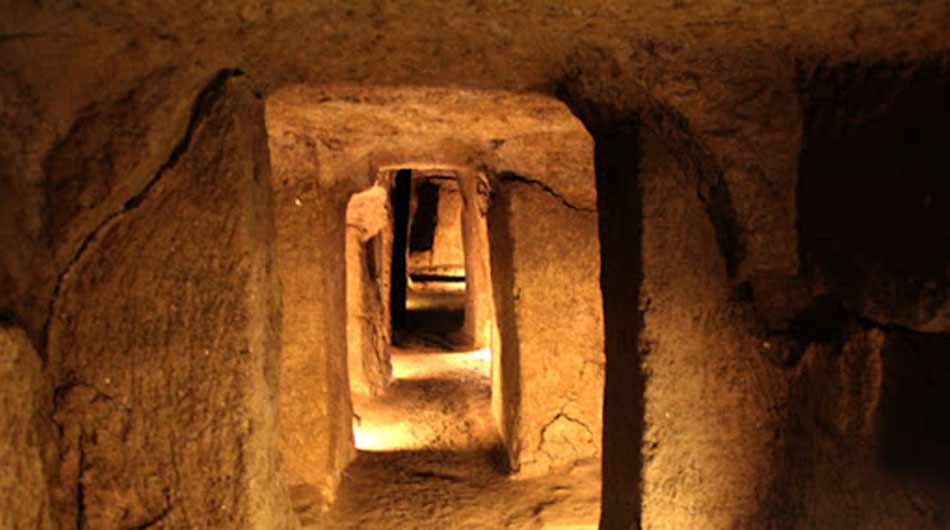 The astonishing structure of this man-made subterranean city has attracted lots of tourists’ attention. This sprawling city was set between 3 to 18 meters (about 10 to 60 feet) deep and was developed horizontally and vertically. It is estimated that this underground city was spread, as the locals claim, beyond the historic city walls, and was as wide as 4 kilometers. Consisting of three-story tunnels, this labyrinthine city was comprised of chambers, air ducts, staircases, canals, and booby traps.

Over the years, the individual chambers were merged together, and air ducts, water pipes, storage spaces, and toilets were all built—creating a sustainable underground city that was used as a refuge during times of war. Each family had their own room of sorts, with a tunnel running down the length of these rooms, similar to a hotel hallway. In addition, what is surprisingly engineered is the ventilation system. Vertical tunnels were used as passageways between levels and the U-shaped tunnels were used for ventilation. The ventilation system operates on the basis of the difference between the inside air pressure with the outside, which makes it possible for the air to circulate through the underground city.

Over the years, the individual chambers were amalgamated, and air ducts, water pipes, storage spaces, and toilets were all built—creating a sustainable underground city that was used as a refuge during times of war. Each family had their own room of sorts, with a tunnel running down the length of these rooms, similar to a hotel hallway. Parts of the underground city are open to tourists year round. From Kashan, you will need to take a cab and simply ask the driver to take you to the underground city.