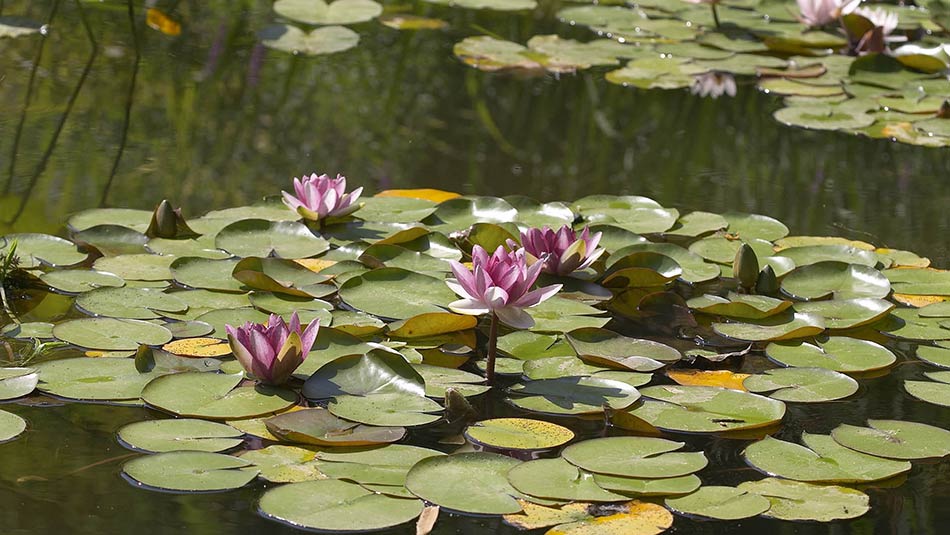 Niloofar mirage which is also known as Sarab-e Niloofar, Niloofar Lake, or Lake of Water Lily is located about 15 kilometers northwest of Kermanshah. Kermanshah (Capital of Kermanshah Province) located in the western part of Iran is one of Iran’s ancient cities bordered by Kordestan province to the north, Lorestan and Ilam provinces and Iraq to the west. As well as many historic monuments, Kermanshah province has many natural sites. The mountainous area and its great location provide the province with so many beautiful landscapes. So, Kermanshah province is a very popular spot among adventurous hikers, mountain climbers, and nature lovers. 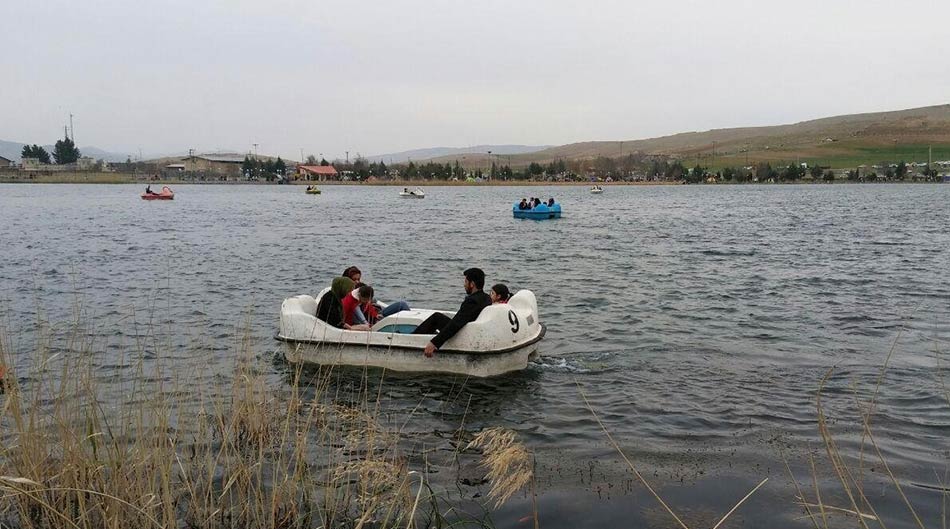 Niloufar Lake is a beautiful, small lake which until recently, was home to the thousands of water lily flowers during the warmer months of the year. In recent years, many of the water lilies have dried due to long-term droughts and excessive groundwater harvesting. But the lake is still among the popular destinations in Kermanshah. The whole area of the lake is about 1331 hectares, and its depth is more than 32 meters at some points. The water of the lake that originates from some natural springs is remarkably clear that you can easily see the stems of the flowers. In addition, there are several underwater caves, but it’s hard to explore them. 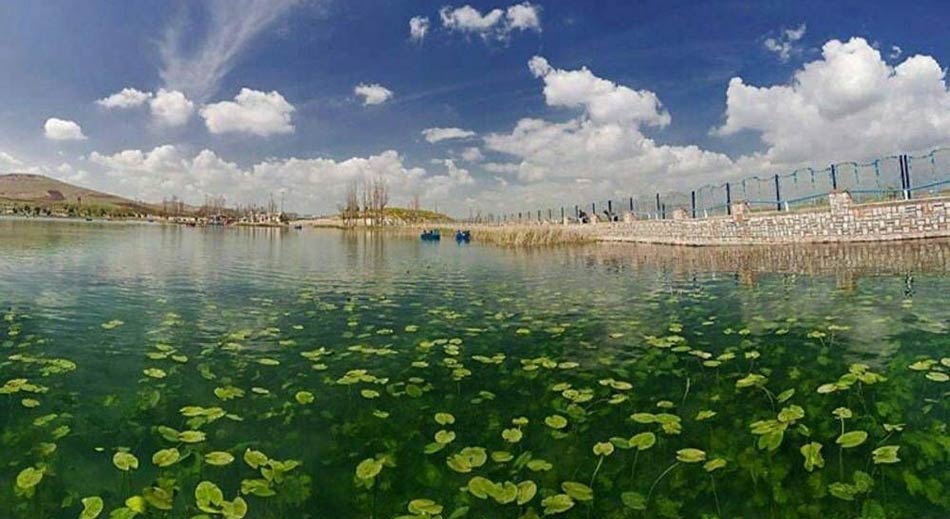 Because of its unique characteristics, the “Cultural Heritage, Handicrafts and Tourism Organization of Iran” listed Sarab-e Niloofar Lake as the 55th natural heritage of Iran in 2009. The lake looks like a large pool full of beautiful flowers. The water of the lake comes from some natural springs. These natural resources provide the lake with such clear water that you can see the stems of the flowers dancing under the water.

Recreational and tourist facilities that have been built around the lake makes this place a popular destination during spring and summer. Therefore, the best time to adventure this place is during the warmer seasons of the year. If you are lucky, you can also see herons, geese, ducks and other birds inhabiting around the lake. Niloofar mirage was inscribed in the list of Iran’s natural heritage in 2009.

wIn the Persian calendar, 6th Tir (27th June) was the celebration of the lotus flower. This shows that this beautiful flower was of high importance to Iranian people. The flower, which is also known as the water lily or eastern lily, has been regarded as a universal symbol in most Eastern civilizations. The lotus flower has its roots in the soil and its stems are in the water, but it faces the sun. Iranian people considered the lotus as a symbol of purity. Even though it grows from the mud, it is still pure and clean. 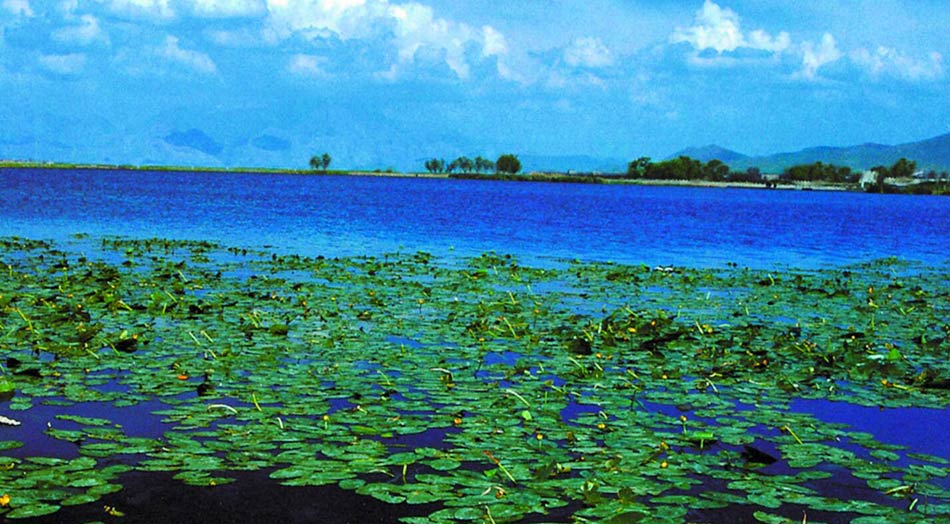 In Iranian mythology, this flower is a symbol of the goddess Nahid, a prominent figure in ancient Iranian rituals. She is the goddess of water, carved as the face of a young lady in ancient reliefs. The name of this goddess was first seen as Anahita in Achaemenid carvings and the lotus flower is the flower of Anahita. In Zoroastrianism, this flower is the symbol of Ahura Mazda, the creator and highest deity of Zoroastrianism. The human symbol of Ahura Mazda is the torso of a man holding a lotus flower in his hand. The lotus image engraved on Persepolis indicates the importance of this flower to Iranians. According to the ancient legends of Kermanshah, there is still a treasure of Khosrow Parviz beneath the waters of this magical lake. He was the last great Sasanian king of Iran. 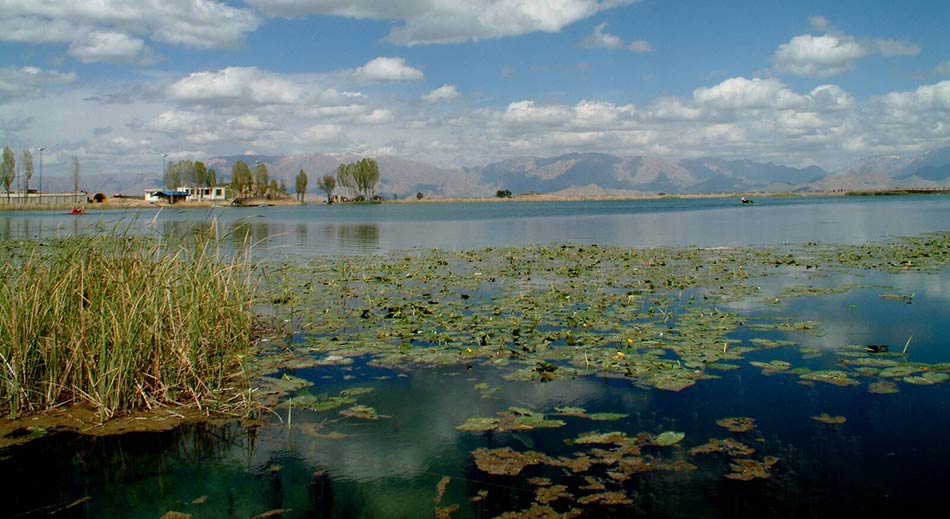 The lotus blooms during the warmer seasons of the year. So, it would be great to plan to visit the lake during the summer. You then will have the opportunity to see the beautiful flowers covering the lake. If you are lucky, you will also visit herons, geese, ducks and other birds inhabiting around the lake.