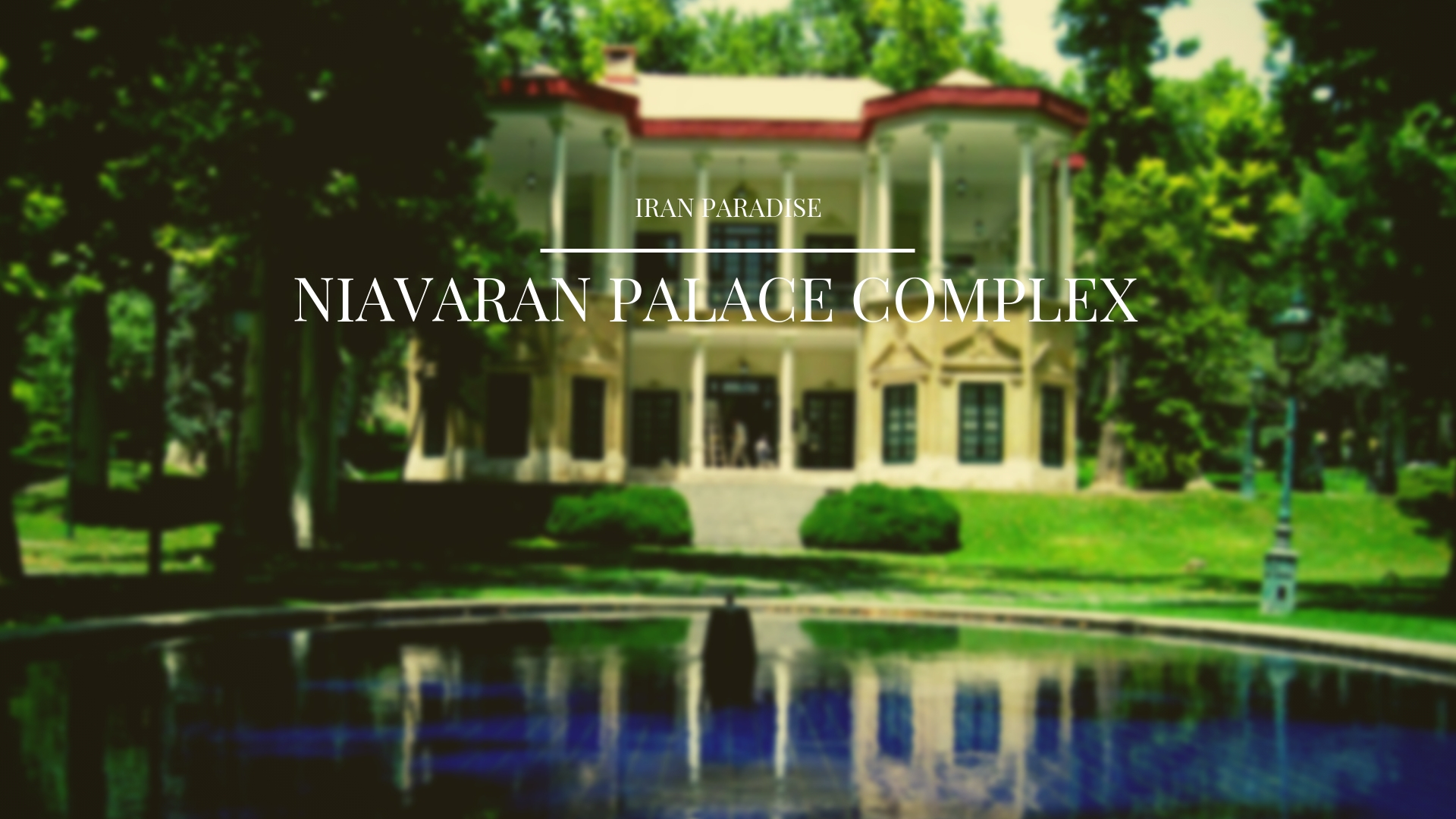 Niavaran Palace Complex is situated in the northern part of Tehran, Iran in 9000 square meters area. It consists of several buildings and a museum. The Sahebqaraniyeh Palace from the time of Nasir al-Din Shah of Qajar dynasty is also inside this complex. The main Niavaran Palace, completed in 1968, was the primary residence of the last Shah, Mohammad Reza Pahlavi, and the Imperial family until the Iranian Revolution. The main palace was designed in 1337 AH (1958) by the Iranian architect Mohsen Foroughi, and following a short delay in its construction, it was completed in 1346 AH (1967) and used in 1347 AH (1968).
Presently, it is comprised of five museums (Niavaran Palace Museum, Ahmad Shahi Pavilion, Sahebqaraniyeh Palace, Jahan Nama museum and the private library), and other cultural, historical and natural attractions including the Blue Hall, Private Cinema, Jahan Nama Gallery, and Niavaran Garden. 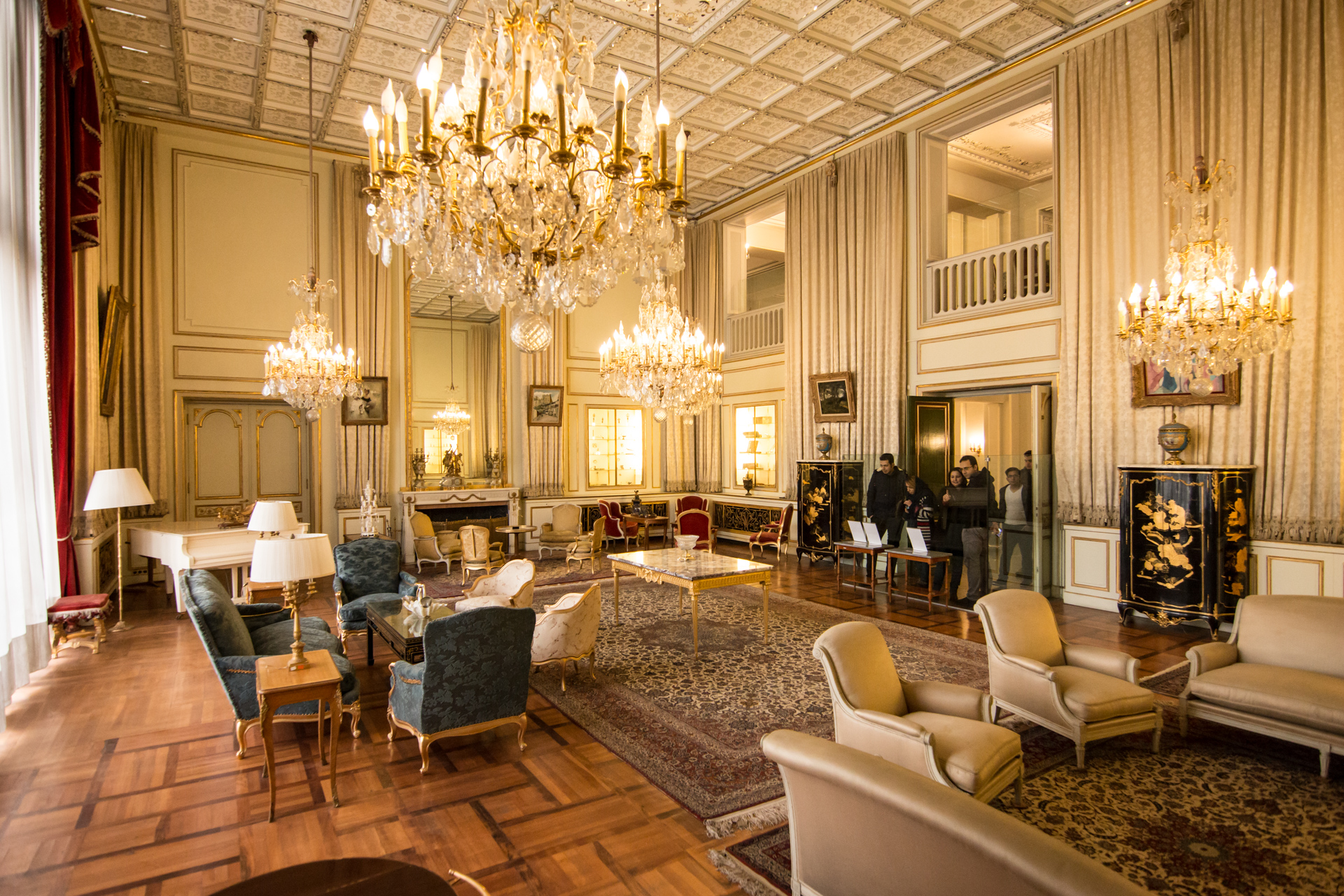 The Niavarān Palace Complex traces its origin to a garden in Niavaran, Tehran that was used by Nasir al-Din Shah as a summer residence. The palace erected by Nasir al-Din Shah in this garden was originally referred to as The Niavarān Palace and was later renamed The Sahebqaraniyeh Palace. During the reign of Mohammad Reza Pahlavi all the peripheral buildings of The Sahebqraniyeh Palace, with the exception of The Ahmad-Shahi Pavilion (or Kushk-e Ahmad-Shahi), were demolished and the buildings and the structures of the present-day Niavarān Palace Complex were built to the north of The Sahebqaraniyeh Palace. In this period, The Ahmad-Shahi Pavilion served as an exhibition area of the presents of the world leaders to Iran.
The quadrilateral design of the palace and its interior archeological designing is inspired by Iranian archeology while making use of modern technology. Its decorations have also been inspired by the pre and post-Islamic art. The gypsum work has been carried out by Master Abdollahi, the mirror work by Master Ali Asghar, the tile work of the outer part by Master Ibrahim Kazempour and Ilia. 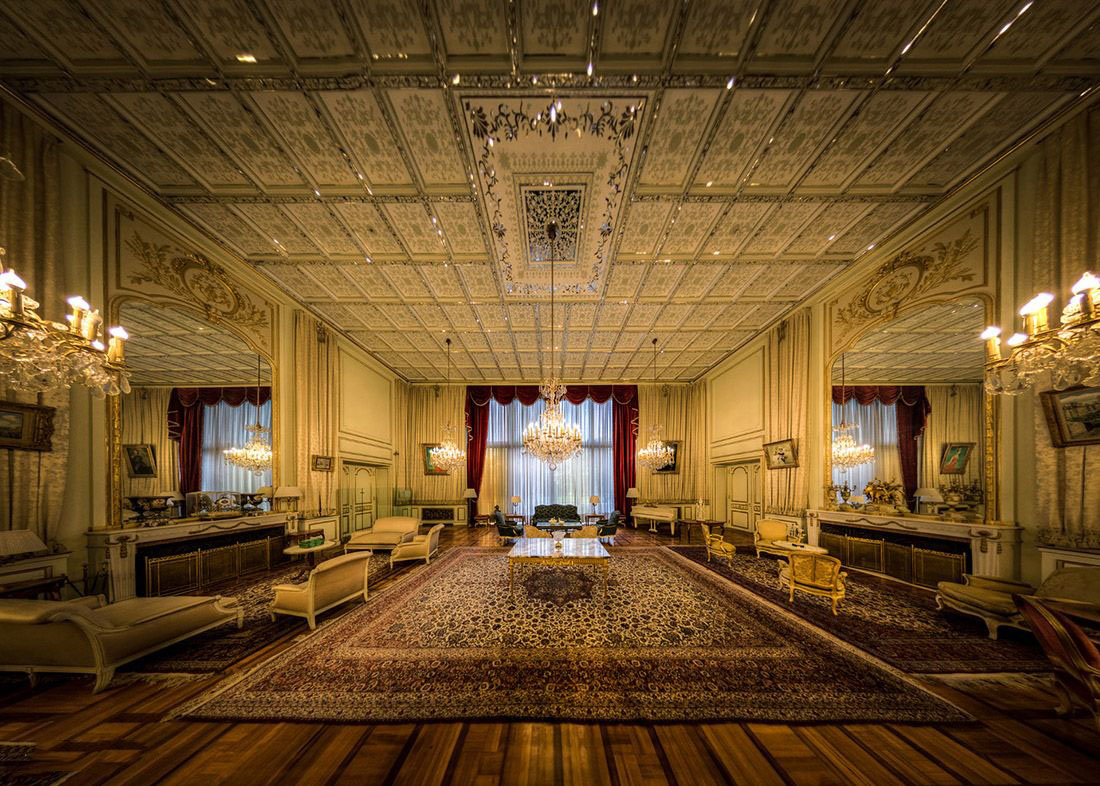 The building floor is covered by black stone and has an aluminum sliding roof. The internal decoration and furniture of the palace have been designed and implemented by a French group. In the ground floor of this building, there is a great hall in which all the rooms are situated, including a private cinema, dining room, guest room, waiting room, and lateral halls as well as the Blue Hall. In the half floor of this building, the office, conference room, Farah Diba’s secretary’s room, Leila’s bedroom, and her retainer’s room. In the stairways, there is a room where Mohammad-Reza’s military uniforms and official suits and his medals are kept. In the third floor, Pahlavi’s resting place and his children’s and their retainer’s rooms are situated. These places are all decorated with precious paintings, carpets, and gifts received from different countries.
Covering an area of 800 square meters north of Sahebqaraniyeh Palace, this two-storied pavilion was built in the closing days of the Qajar period, as a private resting retreat for Ahmad Shah with brick facades and decoration the brick facades have various designs and are in buff color. The entrance of the pavilion is situated in the southern side of the building, which is joined to the pavilion by various stairs which pass aside a pond covered with tiles. The Ahmad Shahi pavilion after a restoration and interior additions was utilized as the residence and office of Reza Pahlavi by completely changing its furniture during the Pahlavi II.

The ground floor of this building consists of a hall with a pond made of marble stone in its center with six rooms and two corridors around. Decorative items made of silver, bronze, ivory, wood, and souvenirs from different countries such as India, paintings, medals, etc. have been exhibited in this place. Also, other items including decorative mineral stones, a stone from Moon, various plant and animal fossils are kept in this building.
The second floor of this building consists of a central hall and a four-sided veranda. All around the main hall which was used as the music room, wooden shelves have been installed. All around the veranda is covered by six square brick columns and 26 round gypsum columns. The gypsum work pattern of lion and sun can be seen on the northern wall of the veranda. Following the Islamic Revolution during the restoration and renovation stages the lower parts of its walls were also renovated and concurrent with the Cultural Heritage Week (2000) this place was also opened to public visit.

The private library of the Niavaran Palace is situated in the eastern part of the Palace, on two floors and one underground floor in a 770 square meter area and it was built in 1976. The interior designing of this building has been carried out by Aziz Farmanfarmayan, and Charles Serigny. It possesses different features from the point of view of architecture and constructional structure and was built based on the modern architecture prevailing in the 1960s, along with a combination of glass and stone. The building is allocated to the library in three separate levels. The main parts of the library consist of the reading room, the bookshelves are kept in the ground and the first floors. Other existing spaces consist of the place for the person in charge of the library, the audio and visual room, toilet, etc. In addition to this, a major part of the underground floor is allocated for keeping the books and the paintings. 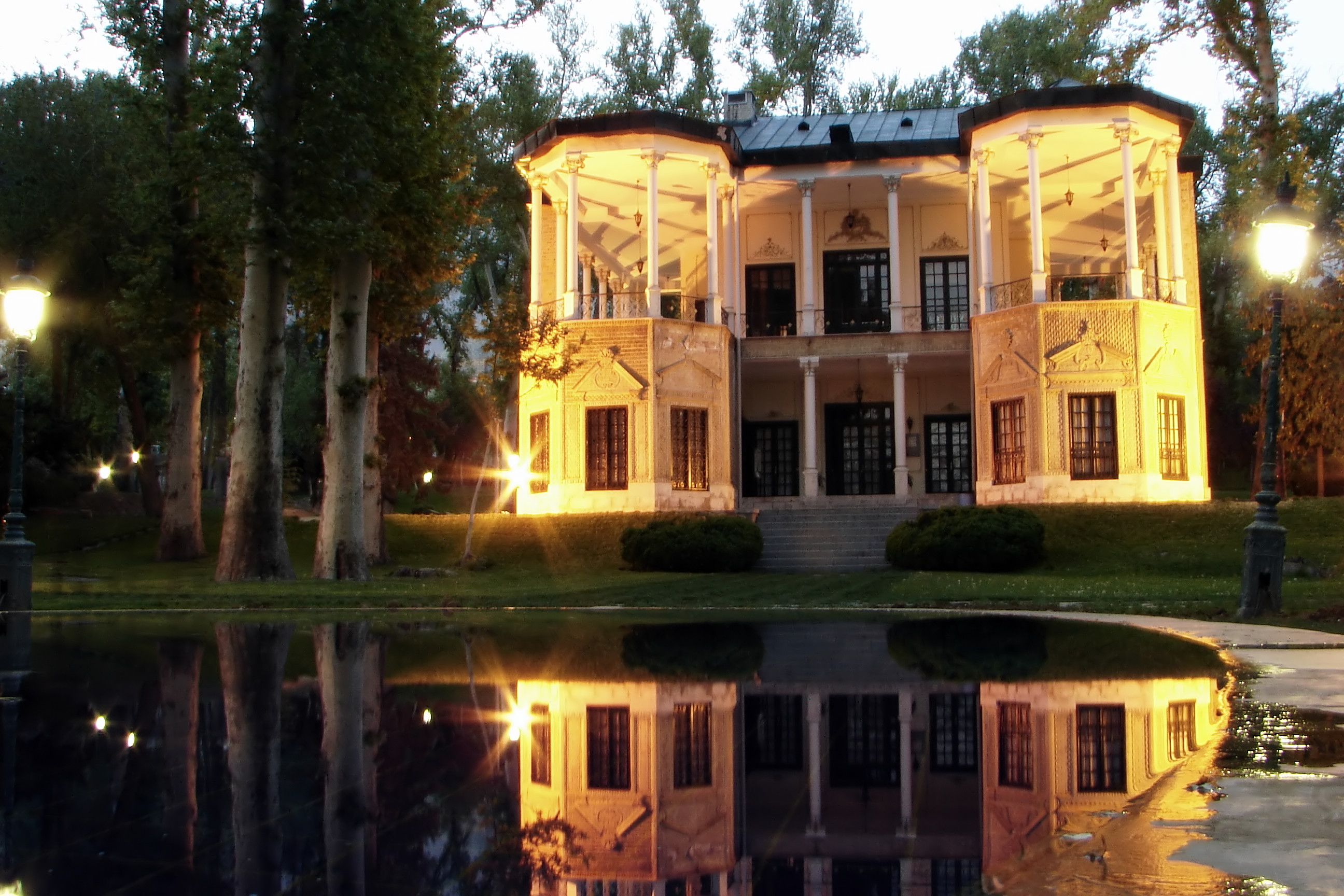 In the interior designing of the building, a combination of bronze and glass has been used to a great extent. About 300 bright cylinders provide the required lighting of the library. This library was completely reorganized after twenty-five months of practical and hard efforts. This library consists of about 23,000 books, mainly in Farsi and French in the fields of literature and history of art. The oldest of these books have been printed in Paris in 1609 and the latest book of this collection has entered the library in January 1979. Other parts of this library include a collection of artworks, which consists of over 350 works and paintings. These works can show a part of contemporary art history, especially the modern tendencies of Iranian art in the 1950s-60s. This library was inaugurated in 1994 on the occasion of the commemoration of the Cultural Heritage anniversary and the World Museum Day.