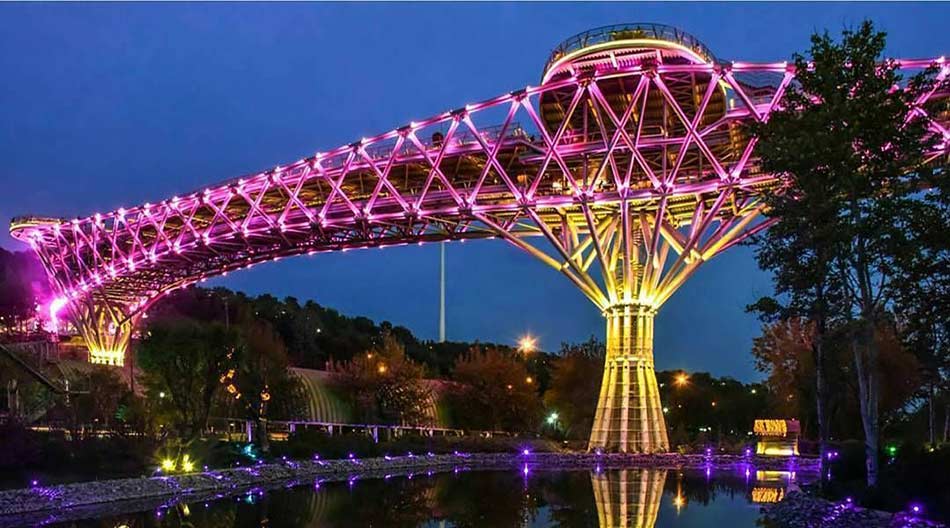 Since 2010, Tehran has been embracing an outstanding structure that immediately became a symbol of Iran next to Azadi Tower, and that is called Tabiat (Nature) Bridge. This is the first pedestrian overpass inside the country and the largest one in the Middle East. It is constructed in three floors having several restaurants and cafes and several benches for people to take a rest in the midway. 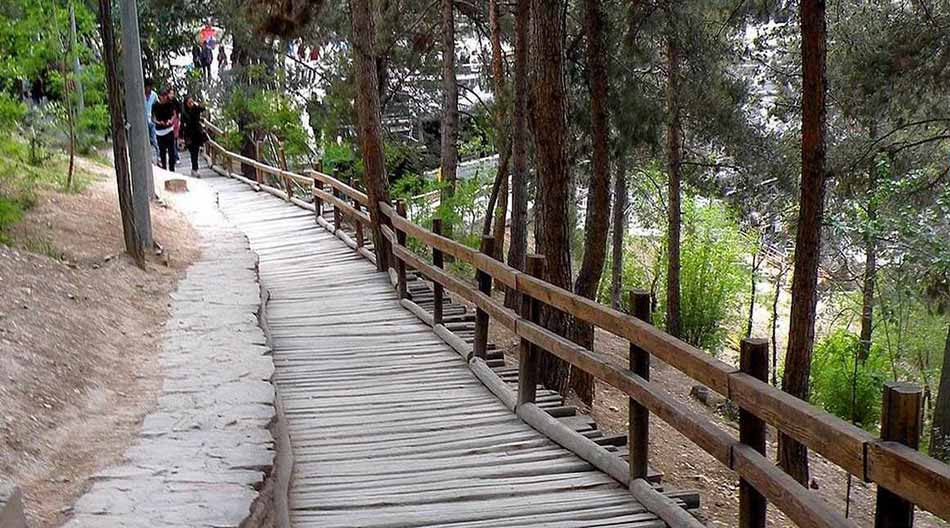 The bridge is about 270 meters long and consists of a 3 dimensional truss with two continuous levels that sits on three tree shape columns. There are two platforms on top of the main columns forming the 3rd level viewpoints. All the levels are connected to each other by stairs and multiple ramps, providing multiple paths throughout the bridge to get from each level to another. Even though the bridges are usually considered as structural projects, here the approach is more architectural. 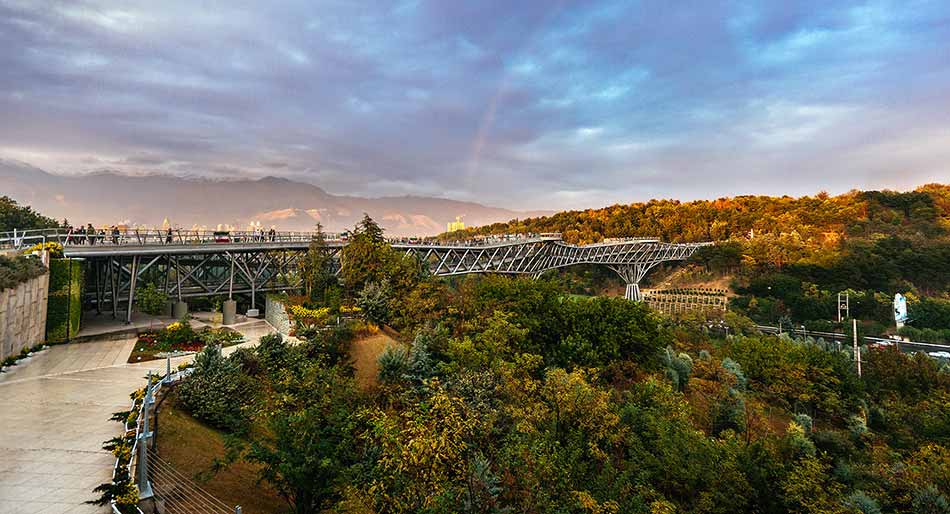 An assortment of different pathways encourage pedestrians to “wander and get lost” on this bridge in Tehran, designed by Iranian architect Leila Araghian. It is currently the largest pedestrian bridge in Iran, connecting Abo Atash Park on the west to Taleghani Park on the east, across a busy highway. So it is no surprise that a new hi-tech award-winning structure has appeared in the Iranian capital, Tehran. What is a surprise is that it was designed by a young woman.It was built over two years and was unveiled in late 2014.

The bridge has a bulky, steel truss structure that gives it a weighty appearance on the skyline. Multi-branch columns, designed to look like trees, provide support. The wooden decks follow a gentle S-shaped path, to “create a sense of mystery about the destination”, and the widths vary from six to 13 meters. There are multiple routes from one point to the other, encouraging pedestrians to wander and get lost on this bridge.

The bridge was designed based on 5 main premises:
1-Instead of connecting one point on one park to one point on the other, the design was to connect multiple points on one park to multiple points on the other. The bridge widens to 60 meters on its west entrance and forms a plaza on the same level of the park; this makes it difficult to recognize where the park ends and the bridge starts. There are multiple paths on both sides and both levels entrances that connect the bridge to other important points of both parks.

2-Bridge is not only a path to pass but a place to stay. There is a café-Gallery and a restaurant in the lower level of the bridge. In addition to this there are many benches and other seating areas in all levels which make it possible for the users to stay on the bridge for as long as they want to, and enjoy the scenery which they cannot see from any other place.
3- To avoid a one point perspective which more commands for moving forward, this bridge by its curvilinear plan, changes in widths and the slight slope of the floors slows down the user, offers a sense of wander and constantly shifts views of users towards the parks, cityscape and mountains.

4-Since both sides had so many trees, locations with minimum number of trees was selected for locating the columns in order to minimize the impact on the existing trees.
5-Having the depth of structure large enough to make it as an architectural space, it is a 3 dimensional truss that is the structure itself at the same time provides an architectural space. This provides the lower level which is covered and makes the bridge usable in both rainy and extremely sunny conditions, changes in the width and height of the truss provides a double curved dynamic form.

33 thoughts on “Nature Bridge in Tehran”