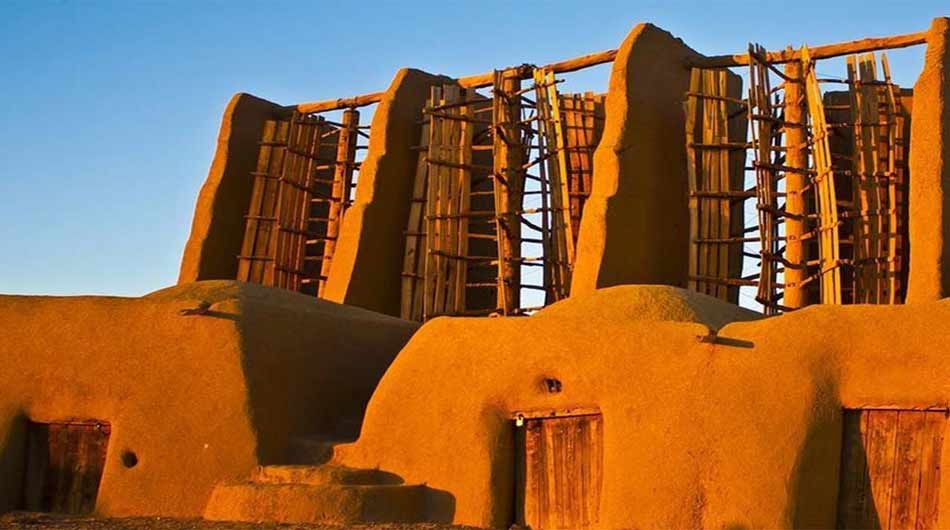 Located on the arid and windswept plains of northeastern Iran, 30 miles from the Afghan border, the small village of Nashtifan is keeping ancient traditions alive amid the winds of change. The town is home to some of the earliest windmills in the world, and the structures are still in use today. Nashtifan mills are located in Khorasan Razavi, Khaf district, Nashtifan village. Made of clay, wood, and straw, the windmills, locally known as “Asbads”, are perched on a cliff overlooking the village, milling grain for an estimated 1,000 years there. They also bear testimony to the human being’s adaption with nature by transforming environmental obstacles into opportunities. Along the southern edge of town, a towering 65-foot-tall earthen wall shelters residents from the abrasive gales. The high wall houses two dozen mostly functional vertical axis windmills that date back to ancient Persian times. 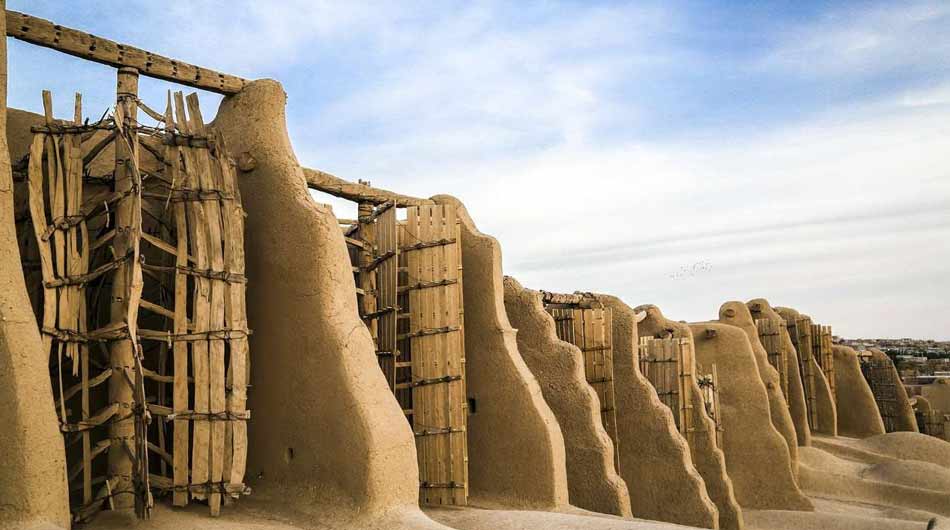 Khaf spray windmills from the largest collections of clay, mud, and wood from the Safavid period, and the largest and oldest collection of mills in the world. The durability of these windmills depends on 120 days winds of Sistan & Baloochestan province. One of the most significant and impressive cultural buildings in the Nishtifan area are the windmills. The collection of Nashtifan mills is a historical and technological monument left over more than a thousand years ago in Iran. These historic monuments as one of the tourist attractions of Khorasan Razavi host annually hundreds of foreign tourists and thousands of domestic tourists. 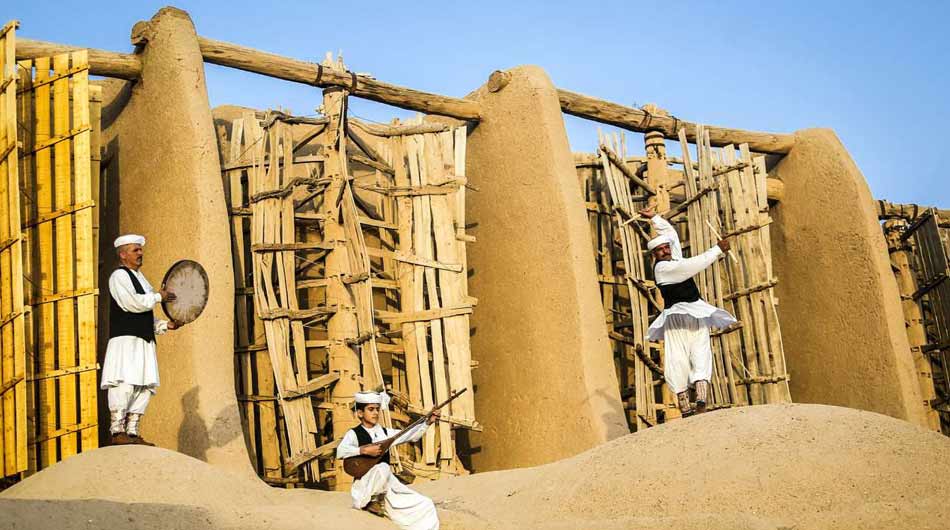 The area is known for its uniquely powerful winds, and in fact the name Nashtifan is derived from words that translate to “storm’s sting.” During turbulent winter months the handcrafted wooden blades whirl with a surprising velocity and power grindstones in a marvel of engineering and passive ventilation. With periodic repairs to turbines, these well-built earthen structures could go on for centuries so long as there are caretakers willing to maintain them.

Made of natural clay, straw, and wood, the windmills have been milling grain for flour for an estimated 1,000 years. The vertical axis design is probably similar to the windmills that were invented by the Persians around 500 C.E.—a design that slowly spread through the world and which was later adapted by the Dutch and others. Each of the windmills of Nashtifan is comprised of eight chambers, with each chamber housing six blades. As the area’s strong, steady wind enters the chambers it turns the blades, which then turn grindstones. The structures reach up to about 65 feet in height.

Though this natural phenomenon is more prevalent all over the country during autumn, and in winter, winds may keep blowing, but the eastern parts of Iran are an exception in that even when there is no wind in other parts of Iran during spring and summer, these parts are affected by winds known as “120 days winds / black winds” the speed of which sometimes gets to 100 km/hour. The endless wind almost all over the year along with the scarcity of water resources were two factors which encouraged our ancestors to make an efficient use of this natural energy, as a result of which windmills locally called “Asbad” were invented.

Asbad is one of the most significant architectural structures of Iran in its desert regions which converts kinetic energy of air (wind) into other forms of energy. Asbad is a smart technique to grind grains, a technique which goes back to ancient times when the people living in the eastern parts of Iran in an attempt to adapt themselves with the nature and transform environmental obstacles into opportunities managed to invent it .Iranian architects’ smart utilization of a natural threat i.e. strong and annoying winds and rendering it to an exceptional opportunity for the production of a strategic product like bread is not short of a miracle.