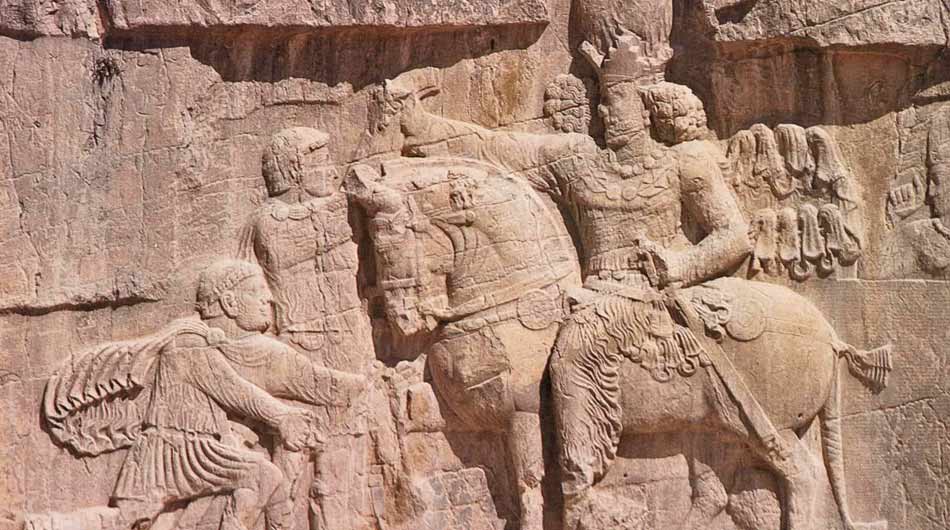 Many dynasties and empires had come and gone in the land of Persia, but none of those could keep up with the Achaemenid Empire, an inception to a new era and the mother of future Persian empires. This people-friendly and righteous empire, with rules and regulations ahead of its time, was never meant to be repeated, but were to be idolized and learnt from. Naghshe Rostam is an impressive necropolis that stands as a reminder of the once famous and powerful Achaemenid Persian Empire, which thrived between 500 BC and 330 BC when it was defeated by Alexander the Great. The complex has been somewhat overshadowed by the nearby ancient capital of Persepolis, but this royal necropolis does stand out as a magnificent example of ancient Persian architecture and art. 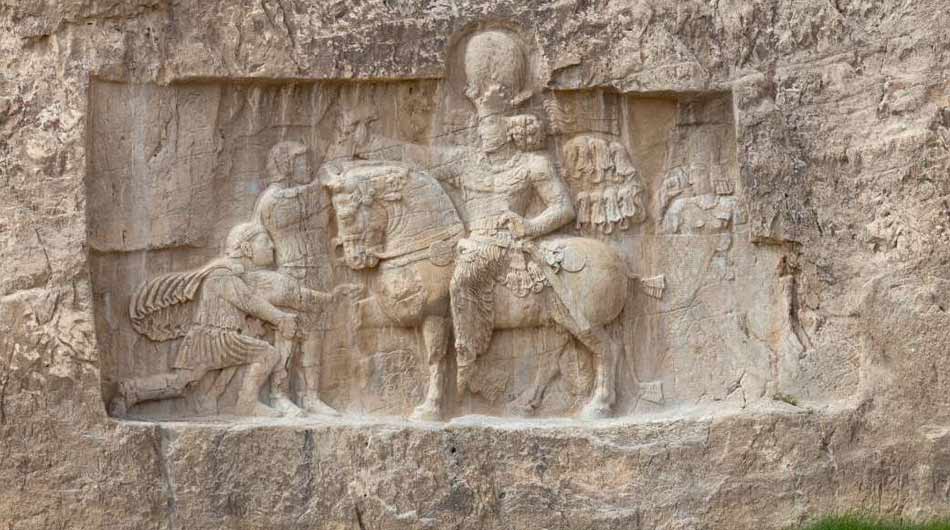 Naqsh-e Rustam, is an ancient necropolis, located in the village of Zangi Abad, to the north of the city of Marvdasht in Fars province. This ancient site which is in a 6 km distance from Persepolis (Persian: Takht-e Jamshid), has been a home to ancient Iranian rock reliefs from Elamite, Achaemenid, and Sassanid periods. It lies a few hundred meters from Naqsh-e Rajab, with four further rock reliefs, three of them celebrating kings and one a high priest. In fact, this site, which contains monuments from the Elam Civilization, Achaemenid Empire, and Sasanian Empire, is prominent thanks to the tombs of the four Achaemenid kings. It is stated that due to the similarity of the Sassanid decoration to what Rostam (the hero of Shahname) has been described in Shahnameh, this region has become known as the Naqsh-e Rostam (Rostam Relief) which has no figure of Rostam though. 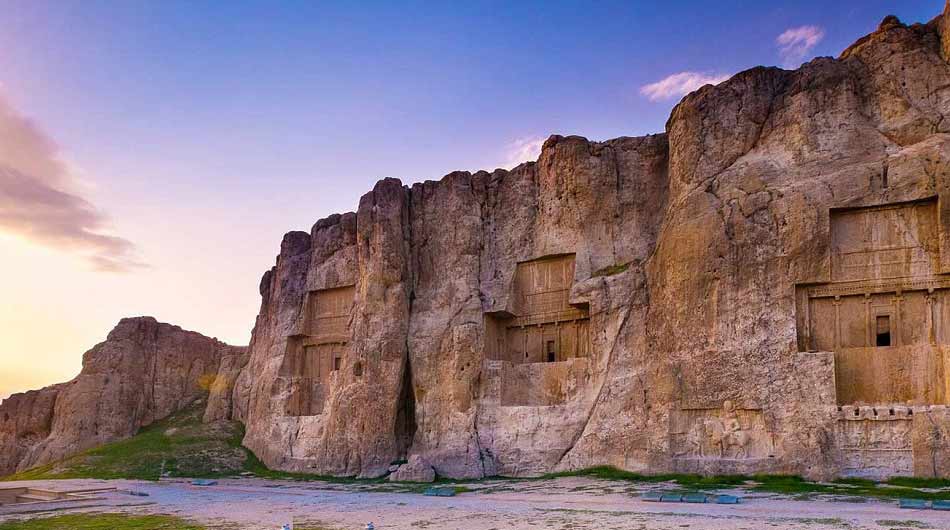 Naqsh-e Rustam is the house for the immense rock tombs cut high into the cliff. The rock tombs belong to four Achaemenian kings. The ancient tombs attracted Sasanian kings as well. They wished to imitate the glory of the Achaemenian kings; maybe that is why they created huge reliefs besides the tombs. The immense rock reliefs mainly depict the investiture scenes and the equestrian fights of the Sasanian kings. However, the history of Naqsh-e Rustam is not limited to the Achaemenid and Sassanid periods. There is evidence that the site exists from the Elamite period.  An ancient rock relief dating back to Elamite period indicates that Naqsh-e Rustam had been a sacred place during the ancient times. That might be the reason Darius I ordered to carve his monumental tomb into the cliff at the foot of Mt. Hosain (Huseyn Kuh). His rock tomb is famous for its two inscriptions known as the king’s autobiography. The inscriptions indicate that Darius the Great had been the king who ruled according to justice. 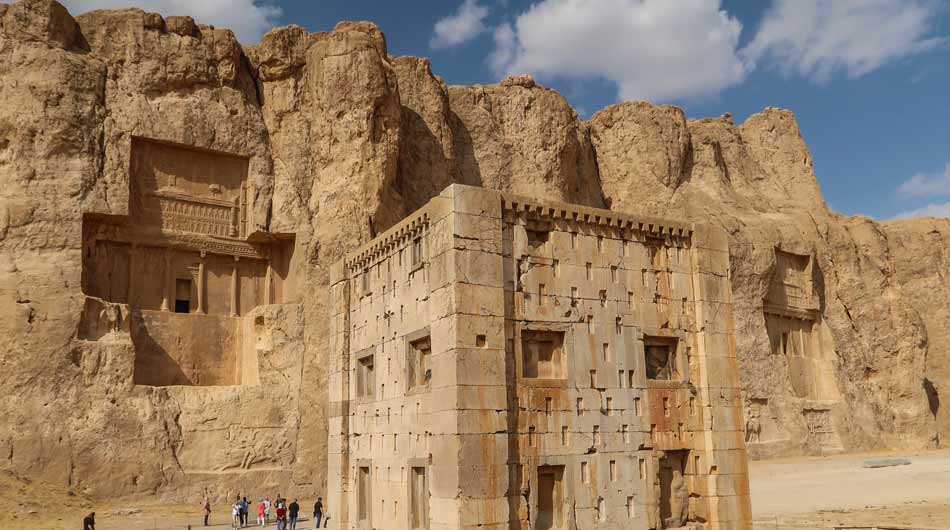 This site is full of monuments from different historical periods of Iran, the oldest one is a rock relief from the Elamite dynasty, which depicts two goddesses, a king and a queen on the throne of Marneshan. However, by the order of Bahram II, the Sassanid king, some parts of it have been erased and a figure of this Sassanid king and his courtiers have replaced the Elamite design. Another of the most prominent    works of this breathtaking site, which shines bright like a diamond, is the mysterious and magic Kabe-ye Zatosht (Cube of Zoroaster) in the vast plain of Fars province.  A cubic construction with stairs in front made of white limestone and a height of 12 meters. The exact use of this building is not known, but the fire temple is one of the possible uses. However, some believe that this building was a tomb and others say that it was used as an archive of keeping sacred books and documents. Tomb of Darius the Great.

These four tombs are similar, and differences such as their size, details, or inscriptions have led historians to consider each to belong to an Achaemenid king. There are other graves inside each tomb. For example, there are 9 other graves in Catacombs belonging to Dariush, which probably belong to his relatives.

One thought on “Naqsh-e Rostam”