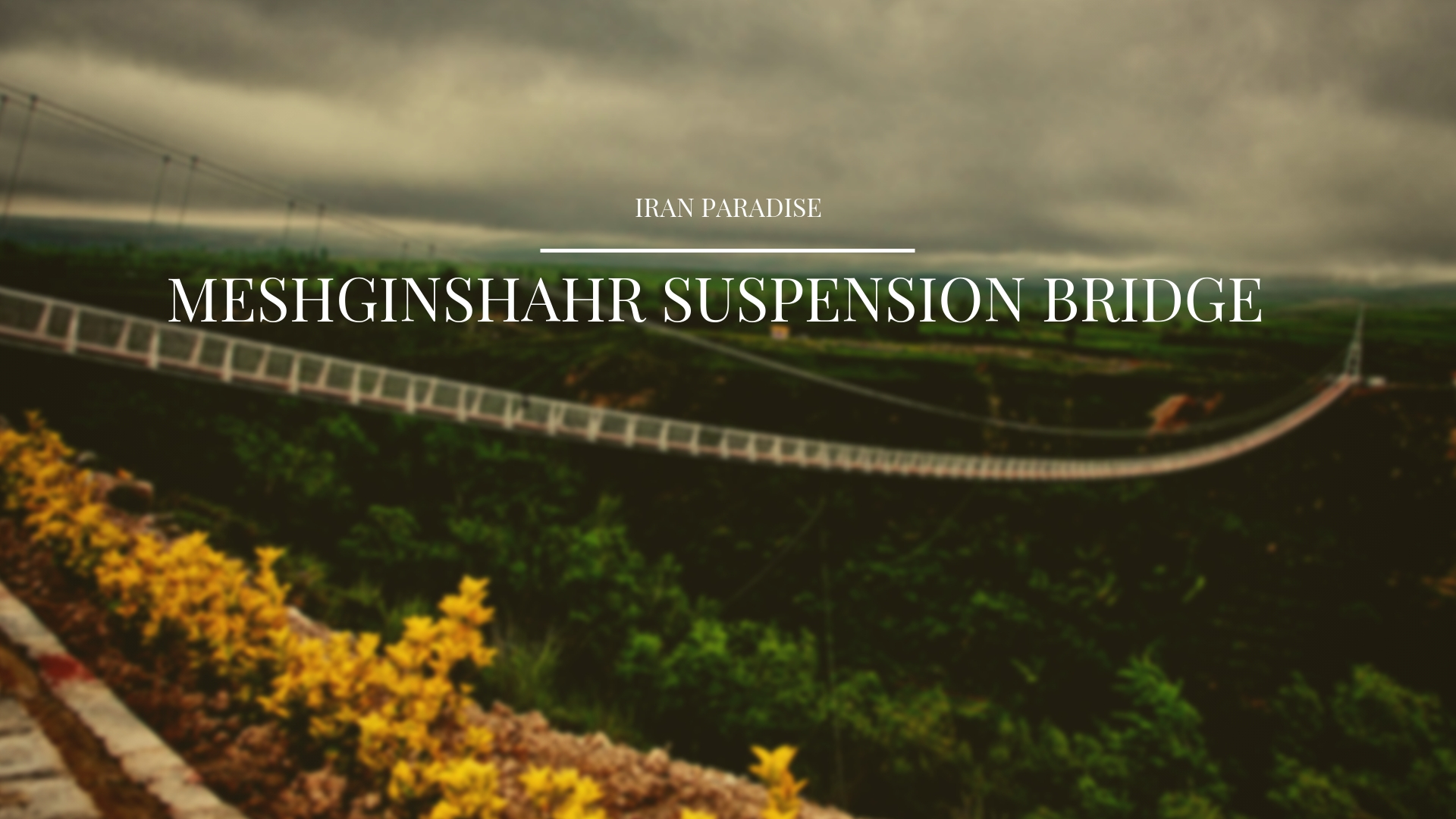 What is waiting for us in the corner of the beautiful Meshgin city of Ardebil is a suspended hangover that is located on the Khayawachai River and on the Meshgin city forest park. Crossing this bridge can turn into the most unforgettable excitement of your life. Meshginshahr suspension bridge is 2 meters wide and according to the number of days of the year, it is 365 meters long and is known as the longest suspended bridge in the Middle East. Its construction at an altitude of 80 meters has made it an exciting passage for fans of many different ages. The meshginshahr suspension bridge is the first Iranian hangar suspension bridge, and the idea of constructing it has been raised by Ganjali Bey Engineer. He designed the bridge and created such a masterpiece, with the eye-catching beauty of the lush valley of the area, inspired by the Capilano bridge of Vancouver, Canada. 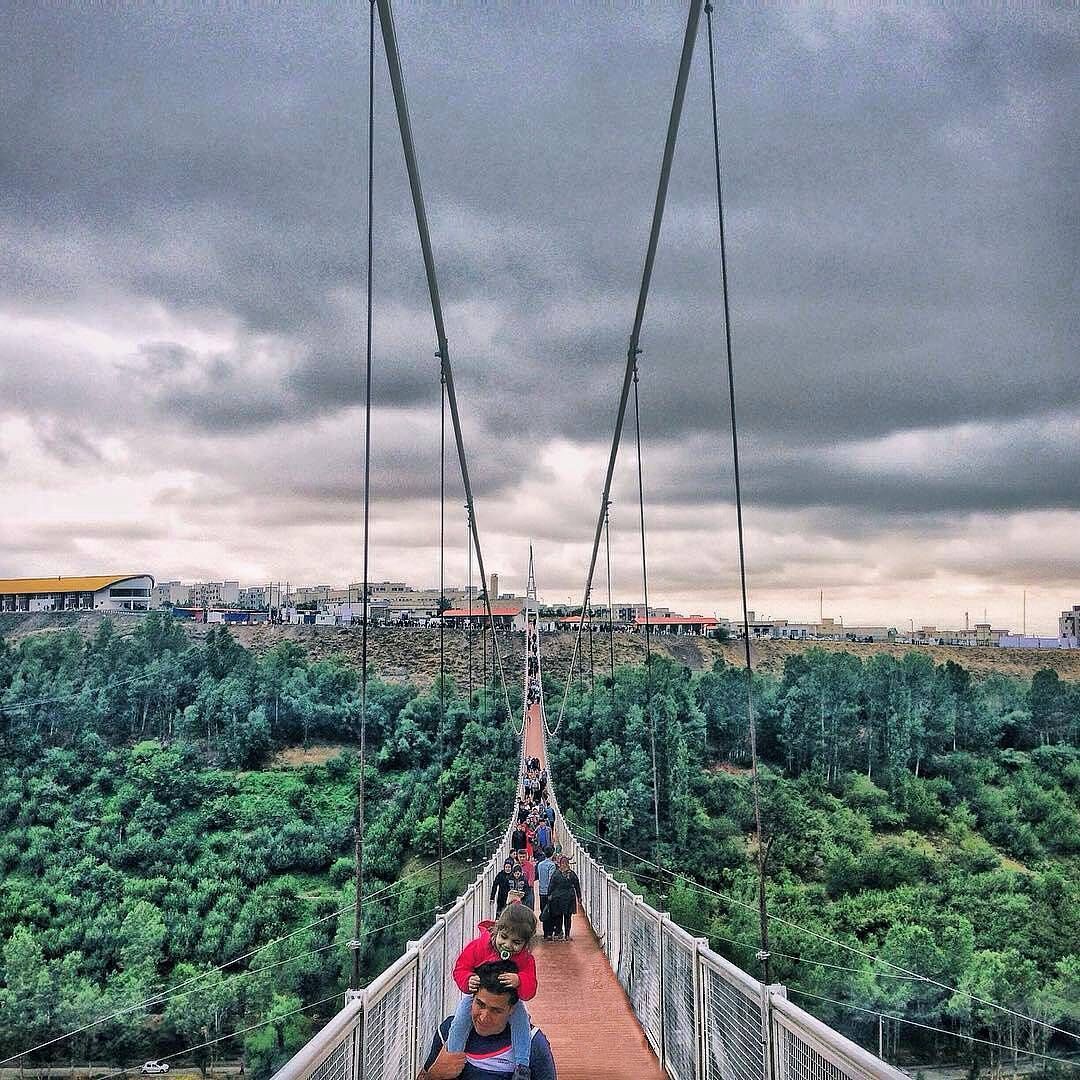 The bridge was unveiled on May 16, 2015, with the presence of Mr. Massoud Soltani-Farsi, Iranian Cultural Heritage, Handicrafts and Tourism Organization, and has become one of the most popular attractions in Ardebil.
Different moments and excitement on this and around the bridge will be what you will be on a trip to Meshginshahr suspension bridge because there are various sights and entertainment here: Hearing the height of 80 meters of this bridge is enough to give up a lot of steps to it; but if you dance to the sea and trust the structure, you can be in the middle of a lush valley that has a river running through it. Here you can enjoy sightseeing around Sabalan’s glorious stroll and capture memorable images in the corner of your mind. From the very first step, you can see the valley’s greenery through the narrow seams under your feet, but the peak of excitement passes through this bridge when it reaches the glass. Take a walk now and marvel at the amazing view that’s under your feet. This is the tip of the thrill of this bridge so you can enjoy it. 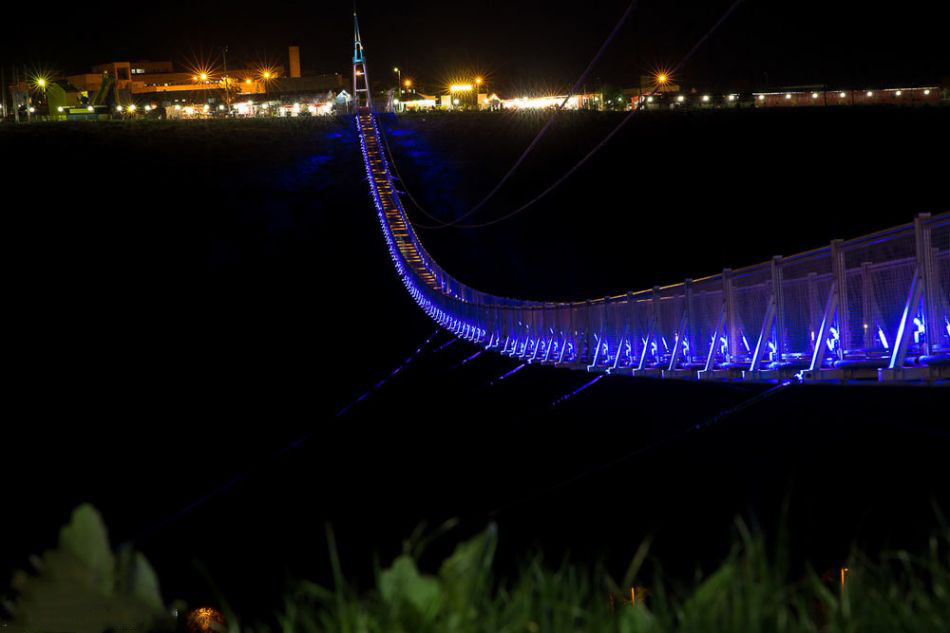 All the excitement of Meshginshahr suspension bridge is not to be conveyed through its passage through the glass bridge. Slightly beyond the bridge, it offers exciting entertainment called ZipLine to give visitors more fun on the journey. ZipLine is a thrilling entertainment that today has many fans, especially among young people. This recreation is referred to as a new sport, originated from transportation in some of the Central and South American mountains. In these areas, people used a cable to hang out of a mountain or hill to another.
You can also experience this excitement alongside the Suspension Bridge of the city and take a deep valley. Once you have reached the end, you can return to the starting point by crossing the bridge and double the mark with a beam.
Meshginshahr suspension bridge is part of a tourism complex known as Khayav Taqir Doli Tourism Area, also known as the Noor Sabalan, which is referred to as the largest tourism project in Ardabil province. This set has several possibilities that each one can give different colors to your journey and complete your journey. These facilities include reception halls, resorts, air sports, horse and bicycle rides, restaurant battalions and artistic markets, playgrounds and other leisure facilities. 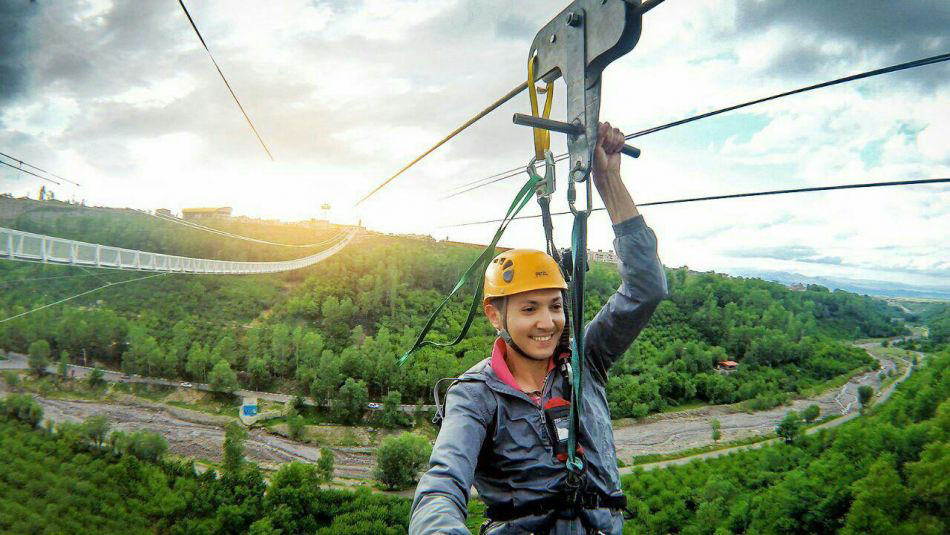 This exciting hanging bridge is located in the forest park in Mozhintshahr and is also part of the park. The park has an area of 300 hectares on the western side of the Xiaochi River, parallel to it along the river’s upper reaches, and is almost elliptical in shape at a distance of 5 kilometers. The presence of a resort, playground, skating rink and artificial waterfall in the entrance to the beautiful park and its attractiveness doubled and tourists are seen in most seasons of the year. One of the attractions of this park is to ride on old cars and surf, which attracts the attention of some tourists.
Keep track of this Suspended Bridge, take pictures of it, and take pictures of yourself and your companions to bring the most memorable memo to you with this journey.
Around the Suspension Bridge and in the tourist complex it is the perfect place to create a family or friendly picnic, so do not forget about the good things you need to create the moments you need.
Polymer and composite materials are used to build the deck of the bridge, which is resistant to moisture, fire, impact, and pressure. The Thunderbolt, an anemometer, motion control sensors, and resonator dampers have also been used in this bridge to increase its safety considerably. The bridge is built with a horizontal displacement of 2 meters and the view of the forest park down the top and Sabalan peaks above the beautiful hands and excitement of walking on it doubles. The security of the bridge is adapted to the international standards and has a high resistance so that on the holidays, 3,000 people can cross it. 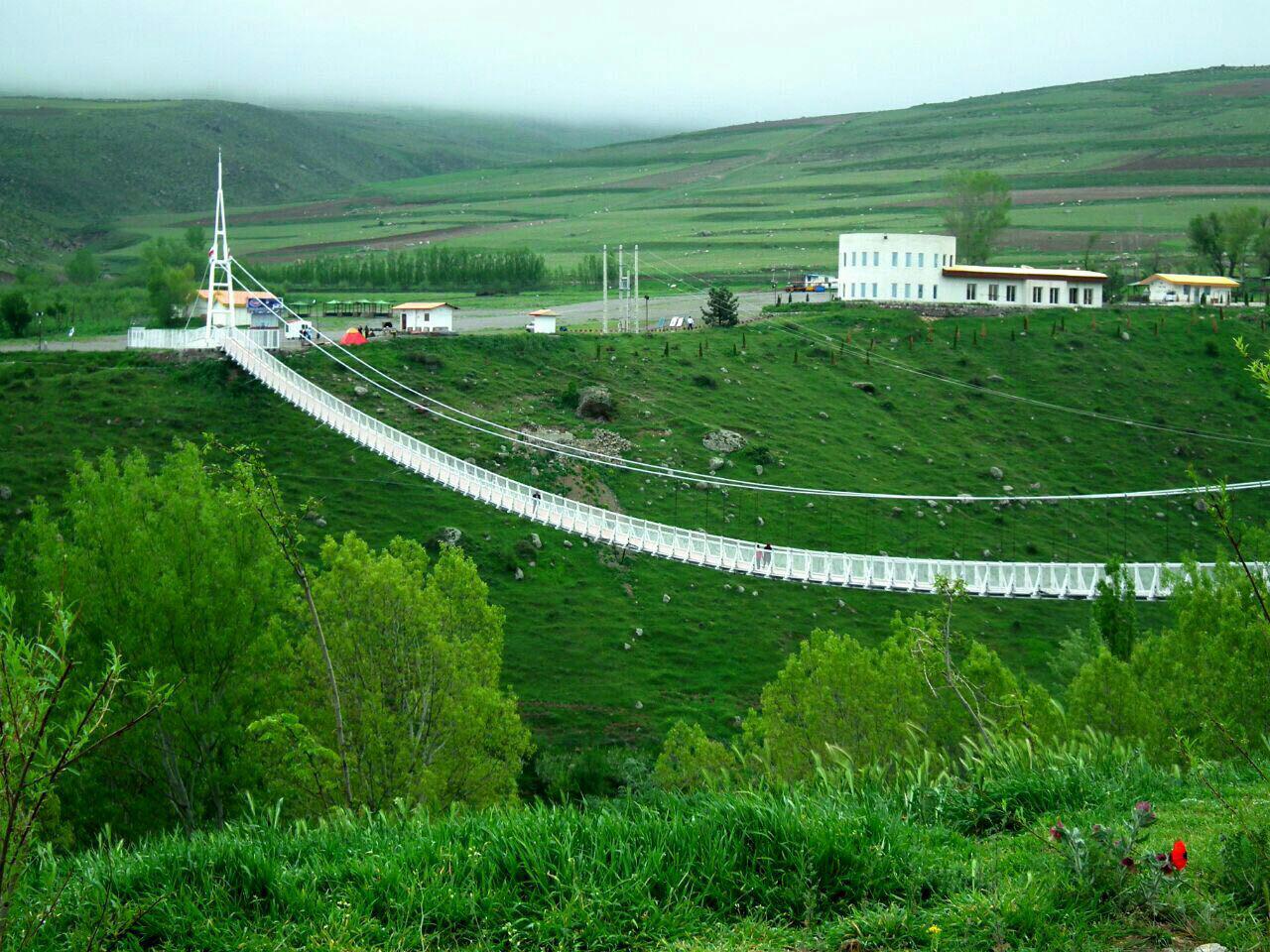 The construction of this bridge is the result of the efforts of domestic and regional engineers, and two engineers named Mahmoud Ganjalibek and Ali Ganjalibek have built it for nine months based on indigenous knowledge.
The beauty of this bridge and its unique features make it one of the top ten architectural structures in the Iranian tourism industry and to be considered as an indigenous honor.