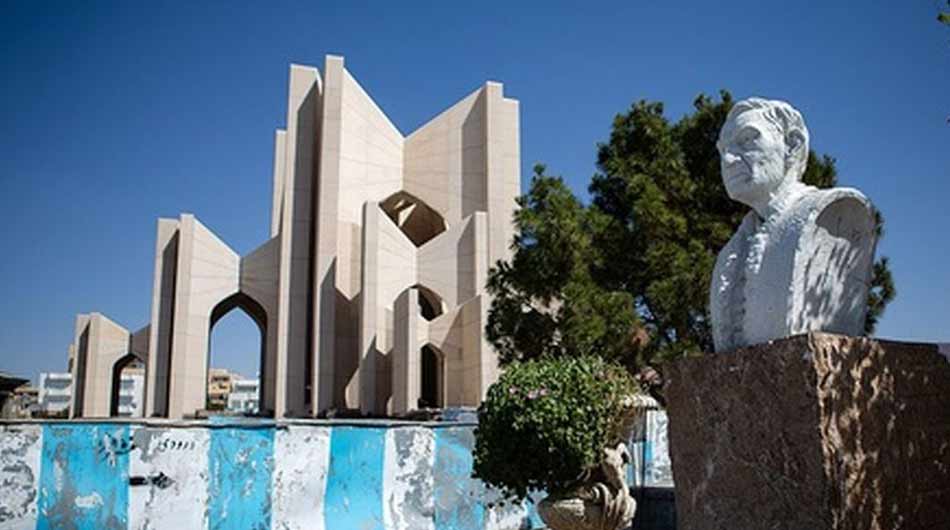 The mausoleum of the poets is located in the Sarkhāb district of the city of Tabriz (eastern Azerbāijān region). It is one of the ancient cemeteries of the city that according to historical documents, up until the eighth century of the moon Hegira did not exist and in the past had assumed various names such as: Hazireh Al-Shoarā, Hazireh Al-Qazāh and Sarkhāb cemetery. Maqbarat-O-Shoara or the Mausoleum of Poets is a collection of literary history that show the geographical and cultural boundries of Iran. More than 400 poets, mystics and famous men from Iran and other countries of the region have been buried here since 800 years ago from Asadi Tusi to Shahriyar, one after the other. 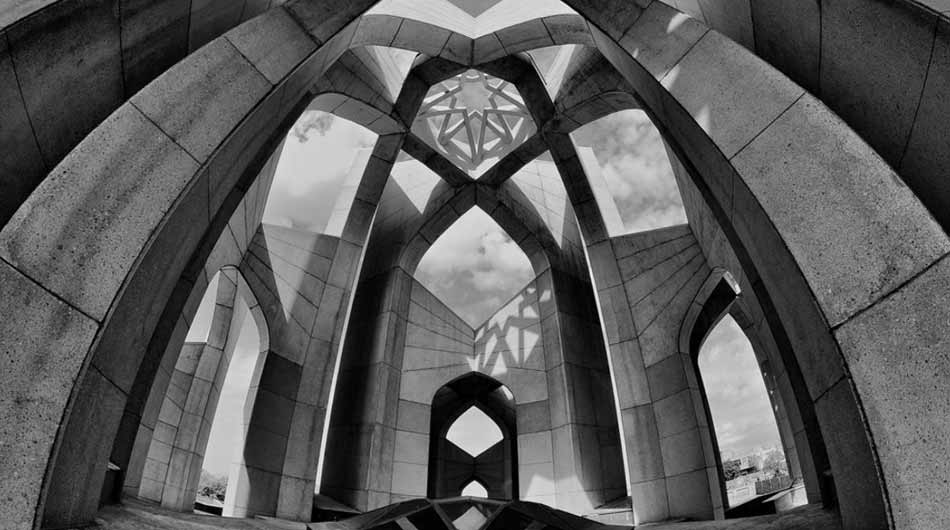 This imposing place of remembrance holds more than 400 graves of classic and contemporary poets, mystics and other notable figures. This complex gives the visitor an insight to the rich literature of Iran.  Also known as Maqbaratoshoʻara, Haziratoshoʻara and Sorkhab cemetery, this spiritual resort is located in Sorkhab district. Based on the available records, this district, as one of the oldest and biggest districts in Tabriz, took its name from its adjacent red mountain. Actually, the first written record which mentions this mausoleum is made by Hamd-Allah Mostowfi in his very book, Nozhat al-Gholub in 1361. 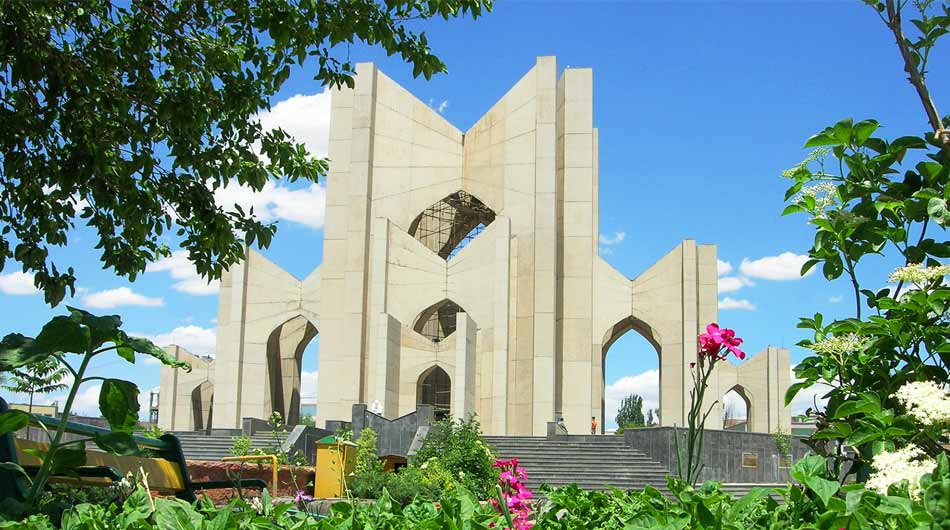 Some visitors say the site is photography heaven. Scenic, angular and interlocking concrete arches of the mausoleum maybe best viewed through a reflecting pool from the south. Formerly known as Sorkhab cemetery, its original texture was hurt by earthquakes and floods over the course of time until it was renovated and adorned with a memorial monument in the 1970s. The precise date of its establishment is not known. Its modern design was developed by Iranian architect Gholamreza Farzanmehr who made an amalgam of modern and traditional elements of Persian architecture. Iranian poet, linguists, and author Abu Mansur Ali ibn Ahmad Asadi Tusi is believed to be the first literary figure buried at the mausoleum. Narratives say that a tradition was established by entombing other prominent classical poets such as Khaqani, Anvari Abivardi, and Qatran Tabrizi. Poets Shamseddin Sojasi, Shapur Nishapuri, and Homam Tabrizi are other examples of literary and cultural figures buried there. 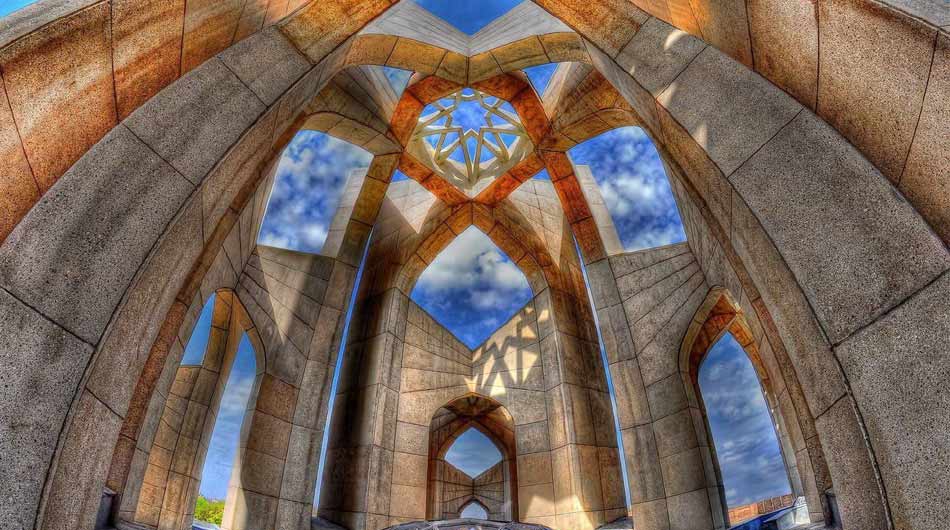 Despite the repeated destruction of the original mausoleum, mainly because of earthquakes between 1814 and 1815, this tomb remained a venerated site. Later in 1972, in order to build a more respectable resting place for the notables, Gholam Reza Farzanmehr designed the memorial building which took 10 years to be built. The architecture of the memorial implies a connection between the visitor and the structure. This metal structure with concrete fragments and arches on top resembles the fusion of modern and traditional architecture at the same time. This edifice has assumed the symbol of culture and literature in Tabriz.

These poets and mystics, who conquered the hearts of all those familiar with Iranian language and culture, have been dormant in this cemetery for years but they are still alive in the heart of people and their tombs are destination for many tourists. Maqbarat-O-Shoara is not only a tourist destination but also a spiritual and literary resort for visitors and being there leads everyone to think about the rich history and literature of this country. Inside the Maqbarat-O-Shoara, various boards show different information about famous poets. Boars, paintings, calligraphy and all other works in this monument are the achievements of brilliant artists. The most notable artwork is a board made by colored pebbles that skillfully portrays Shahriyar face.