Mausoleum of Esther and Mordecai

Mausoleum of Esther and Mordecai 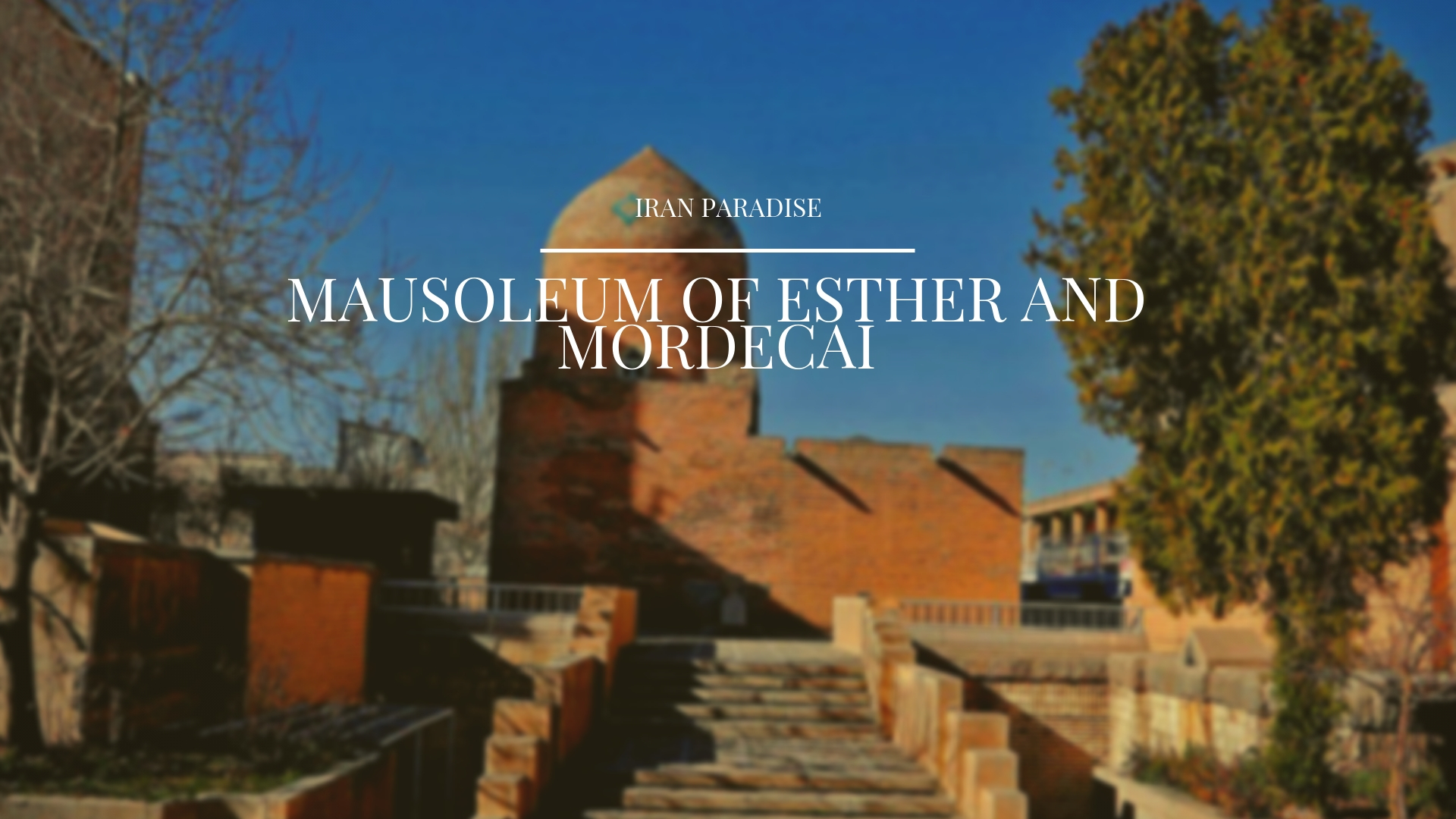 This mausoleum is the most celebrated shrine for Iranian Jews, who venerate it as the burial place of two biblical figures, Esther and Mordechai. According to the Book of Esther in the Old Testament, Esther, the wife of Ahasuerus (probably a transcription of Xerxes, the Achaemenid king of Persia ca. the 4th century BCE) saved the lives of her uncle Mordechai and the entire Jewish community in the Persian Empire from a sinister plot by Haman, one of the king’s courtiers. The Jewish feast of Purim is based on the tale of Esther. Christians and Muslims alike venerate the shrine, which was once situated within the Jewish quarter of Hamadan. The building is attributed to the fourteenth century. 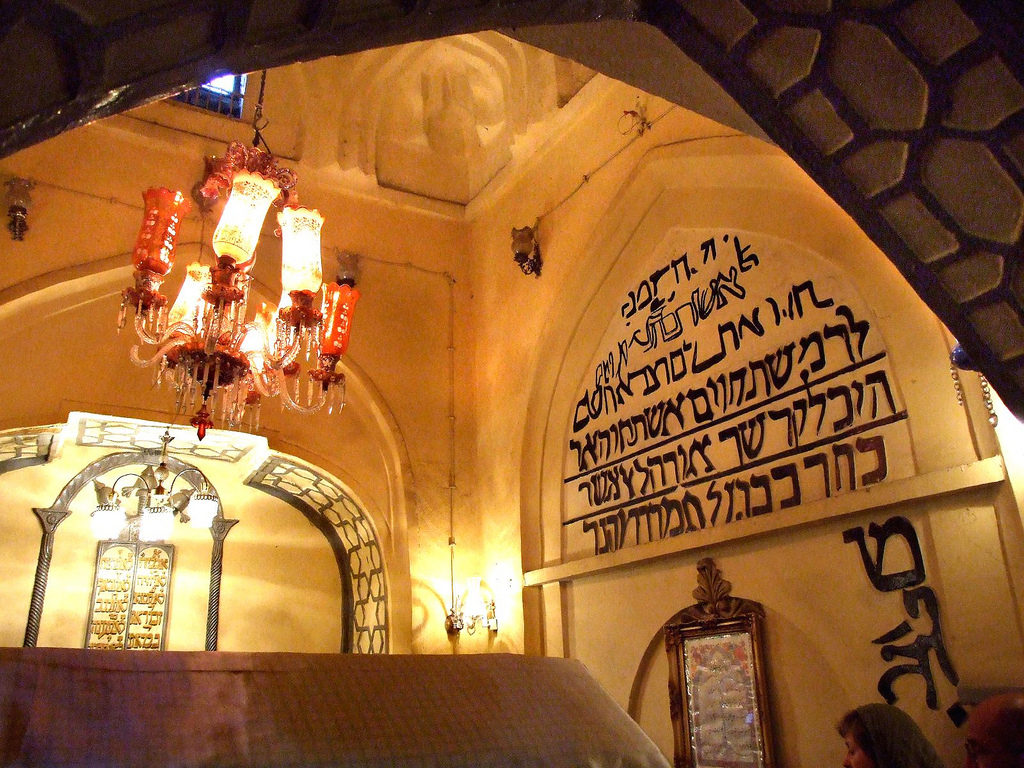 Oriented toward west (Jerusalem), the mausoleum consists of a 12-meter-high domed chamber (5.3 meters per side) with secondary rooms attached to the north and east. According to historical sources, famous rabbis were buried in these rooms.

The building is accessed through a shallow iwan containing a low doorway with a massive granite door, which obliges visitors to bow upon entering. Interior walls are covered with Hebrew inscriptions executed in stone or plaster. In the main hall are two wooden coffins; these are attributed to Esther and Mordechai and carved in intricate geometric patterns and Hebrew inscriptions. While the sarcophagus attributed to Esther is dated 1291 (692 A.H.), the other was made in the second half of the seventeenth century.

In the early 1970s, the shrine was renovated and expanded by the order of the Iranian Jewish Society. The renovation, undertaken by architect Yassi (Elias) Gabby, involved the demolition of surrounding residential buildings and the erection of a modern synagogue. 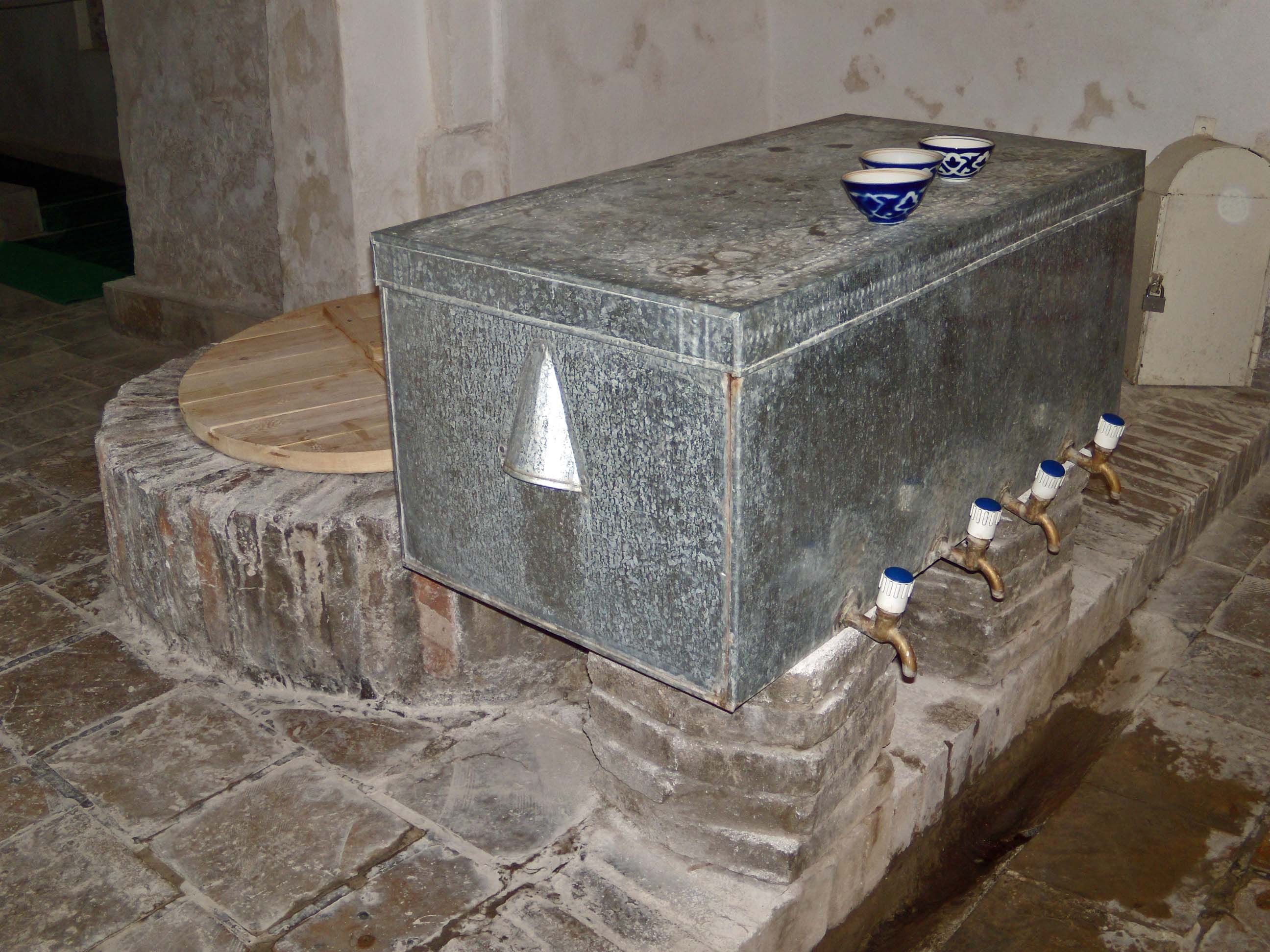 We have more detailed descriptions by the 19th and 20th century authors. Israel ben Joseph, known as the Second Benjamin, who visited Hamadān in 1850, reported that the tombs, separated from each other by a narrow path, were in a room in a magnificent building located inside the city close to a city walls. According to him, the Jews came here to pray once a month. In the feast of Purim (14th of Adar) they read the Book of Esther and from time to time hit the tombs with the palms of their hands. He estimated the number of the Jews in Hamadān as about 500 families who owned three synagogues. Yehiel Fischel Castelman, a Galician Jew from Safed, visited Hamadān in 1860. He praised the economic situation of the Jews of Hamadān and described the edifice and the tombs as magnificent. He reported that, according to the local Jews, it was “built by Cyrus the son of Esther,” and that the date was written on the top of the dome. He, however, “could not climb to read it.” Jakob Pollak, Nāṣer-al-Dīn Shah’s physician and professor of anatomy in Dār al-Fonūn (1855-60), mentions the tombs as the only national holy place that the Jews of Persia possessed and made pilgrimage to. He said they were situated in the center of the Jewish quarter inside a thirty-foot high domed building. The entrance was through a low and narrow opening and could be shut by a doorlike stone. The first room had a low ceiling and on its walls were engraved the names of the visitors. In a nearby smaller room were two coffins made of oak, set two feet apart, on which were written the last passages of the book of Esther, the names of three physicians who had donated money for the repair of the tombs, and a date corresponding to 1309-10 C.E. Inscriptions on the walls gave the ancestry of Esther and Mordechai. A date corresponding to 1140 C.E. was found in the smaller room. He added that Muslims called the shrine Emāmzāda (q.v.). 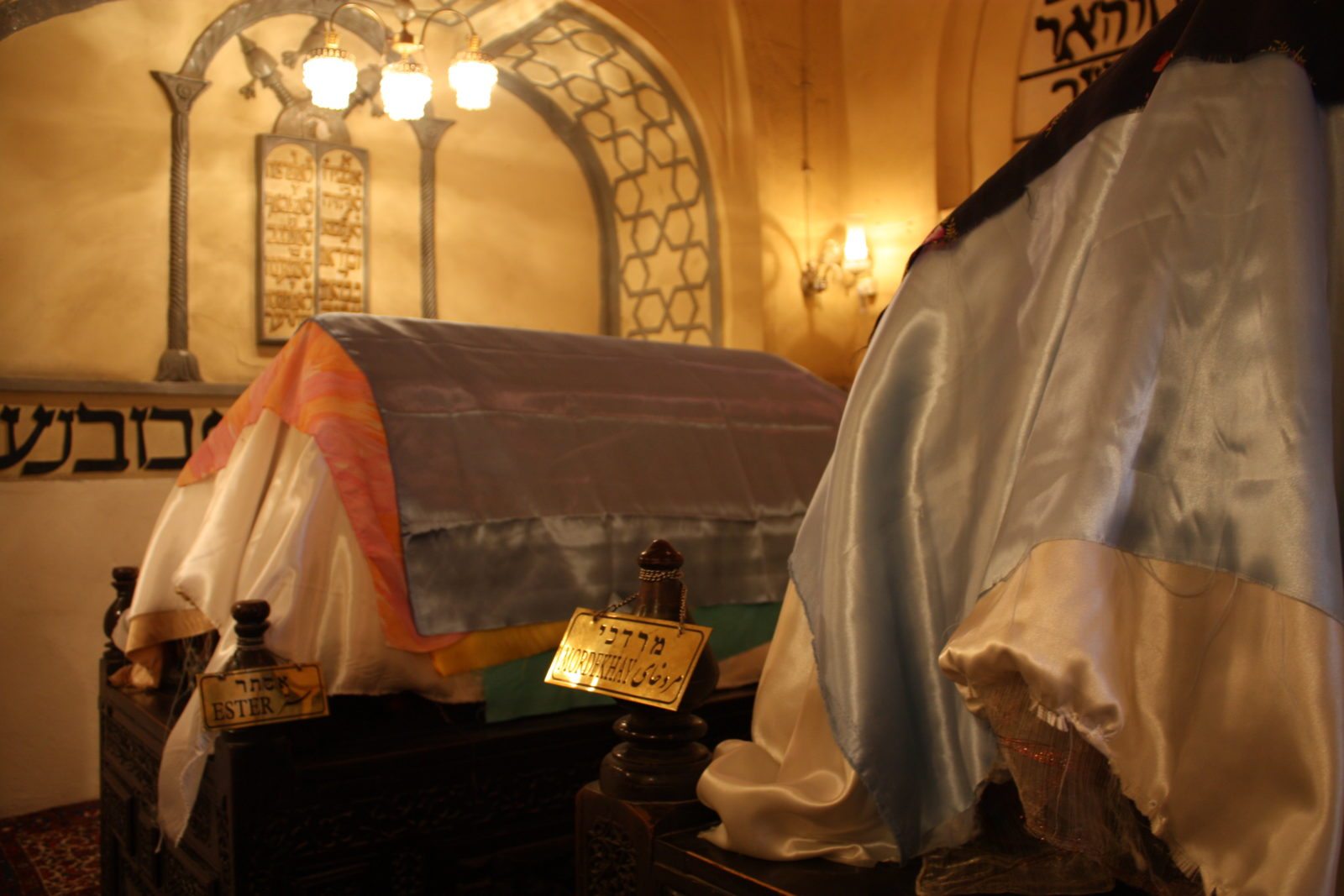 Rabbi Menaḥem ha-Levi of Hamadān (d. 1940) mentions an inscription from Isaiah 26:2 on the entrance. According to him, the first room was built 200 years before and under it were buried the physician Yiṣḥaq ben Avraham and an emissary from Hebron. In the center of the room was buried the chief rabbi of Hamadān, Elyahu ben Elʿazar (d. 1865). He also mentions an opening between the two tombs, through which one could descend into a cave used for repairs. He gave the height of the building as 20 m.

The archaeologist Ernst Herzfeld described the place as a simple structure which has been restored several times. The oldest part was the underground tomb-chamber with a small opening in the top of its vault, and two wooden cenotaphs, one of which is of the Mongol period. Herzfeld rejected the tradition relating the tombs to Esther and Mordechai, who he said were buried in Susa. He maintained that Šūšandoḵt, the daughter of the Jewish Exilarch and wife of the Sasanian Yazdegerd I (r. 399-420), was buried in one of the tombs.

9 thoughts on “Mausoleum of Esther and Mordecai”