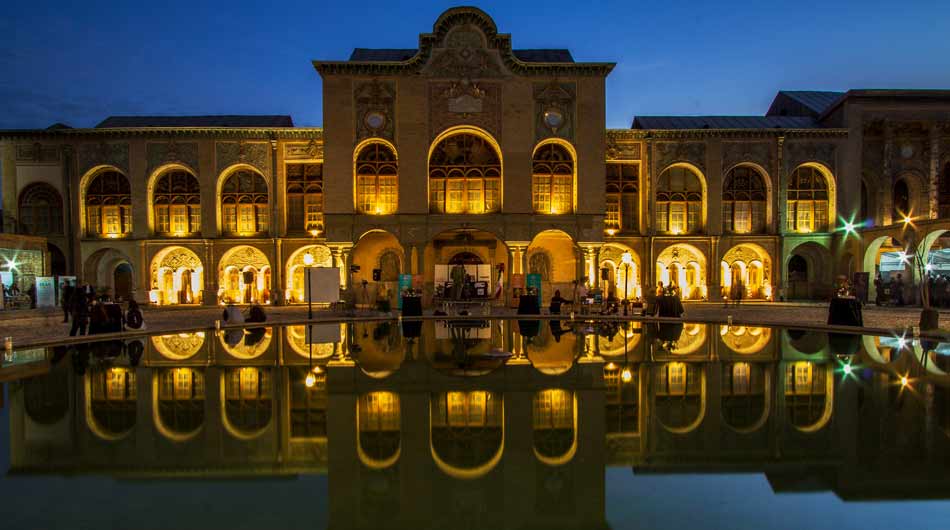 Masoudieh Mansion is located near Baharestan Square of Tehran and is amongst some of the most exquisite historical buildings of old Tehran that has been completely restored and can be visited by Iranians and tourists. It was registered in the list of Iran’s national monuments on 27th of Dey 1377 with registration number 2190. It was built in 1879 for the prince Mass’oud Mirza (Zell-e Soltan) – the son of Nasseredin Shah and the governor of Isfahan – as his residence in the Capital. Spanning over an area of 5 hectares, the mansion was constructed in the middle of a garden. 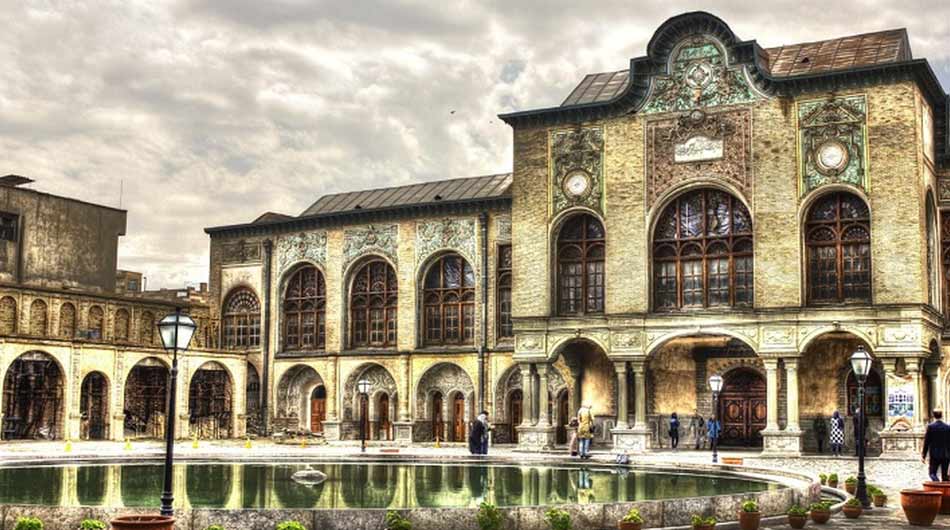 Masoudieh Palace is one of the most beautiful palaces of the Qajar era. Due to its location in the center of Tehran, it is convenient to include Masoudieh Palace in your daily Tehran tour. Because of the rich history and fresh architecture style, the palace is a popular touristic spot and an important historical site. The walls and halls of the palace, decorated in a mixed Iranian-European style, tell the visitors stories from the past, charming and mysterious.

From influential days of Qajar era to events of Persian Constitutional Revolution, this mansion has witnessed some of the most important days and events of the contemporary history of Iran, which has resulted in its registration as a national heritage. Masoudieh Mansion was in fact the same as Nezamieh Garden that Mirza Agha Khan Nouri built for his son Nezam ol-Molk in 1854. But the mansion was built by the order of Zell-e Soltan, one of the Naser al-Din Shah Qajar’s sons. Zell-e Soltan ordered his servant, Reza Qoli Khan titled as Seraj ol-Molk, to build the mansion.

Beside its political importance, the mansion has served the country culturally, since first steps of forming the national library of Iran and also national museum of Iran were taken there. First independent, ministry of education of the country was also formed at the Masoudieh Mansion. This palace narrates modern history of Iran to those who pay a visit during an Iran trip. Many ancient inscription and documents are kept at the site. The palace embodies the modern history of Tehran, from the time when Mohammad-Ali Shah’s coach was bombed in front of the building, providing him with an excuse to deploy cannons and shell the parliament. The palace was then fusilladed, for it was one of the main gathering places for the constitutional revolutionaries.

It is possible that the mansion was built as a substitute for Golestan Palace. In fact, it looks like the Marble Throne and Emarat e Badgir of that palace. During Pahalvi dynasty, Reza Shah purchased this building from Zell-e Soltan and gave it to the government. Masoudieh Mansion has functioned as a military school and Ministry of Education. After the Iranian Revolution, it went under the administration of Cultural Heritage, Handicrafts and Tourism Organization of Iran. This beautiful palace takes place in the middle of the 50,000 s m garden. Beside the main palace, there is also a forum, restaurant, spring house, Seyed Javadi Mansion, Moshir al-Molk Mansion and entrance hall. 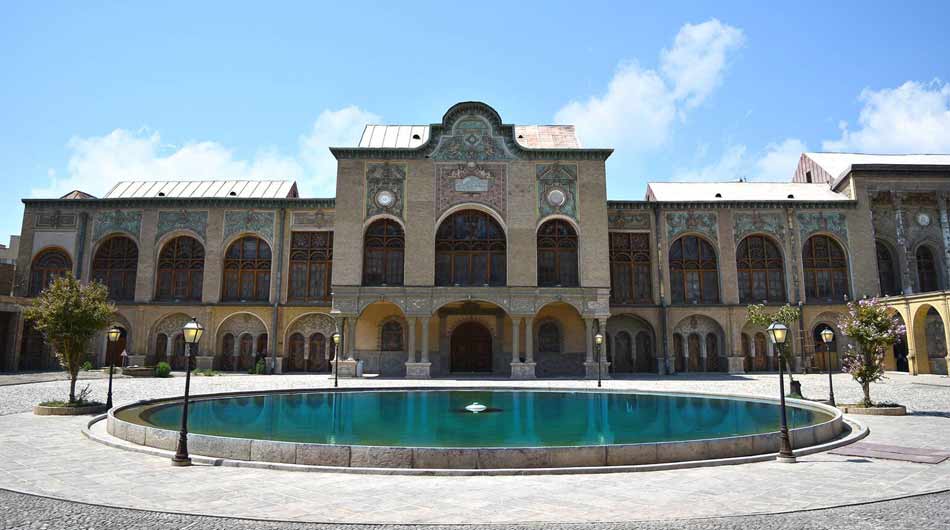 The architecture of the palace clearly shows the influence of European architecture. Shah actively traveled abroad, and more and more Iranian students were going to study in Europe. The first construction that visitors can see entering the complex, is Divankhaneh Palace. This building represents transparency, lightness, and openness – new principles of Iranian architecture. Gridded windows provide enough amount of fresh air and sunlight into the rooms, and natural patterns, floral forms, and landscape ornaments bring in a fresh, European-style image of the palace. That makes Masoudieh Palace a prominent example of Qajar architecture.