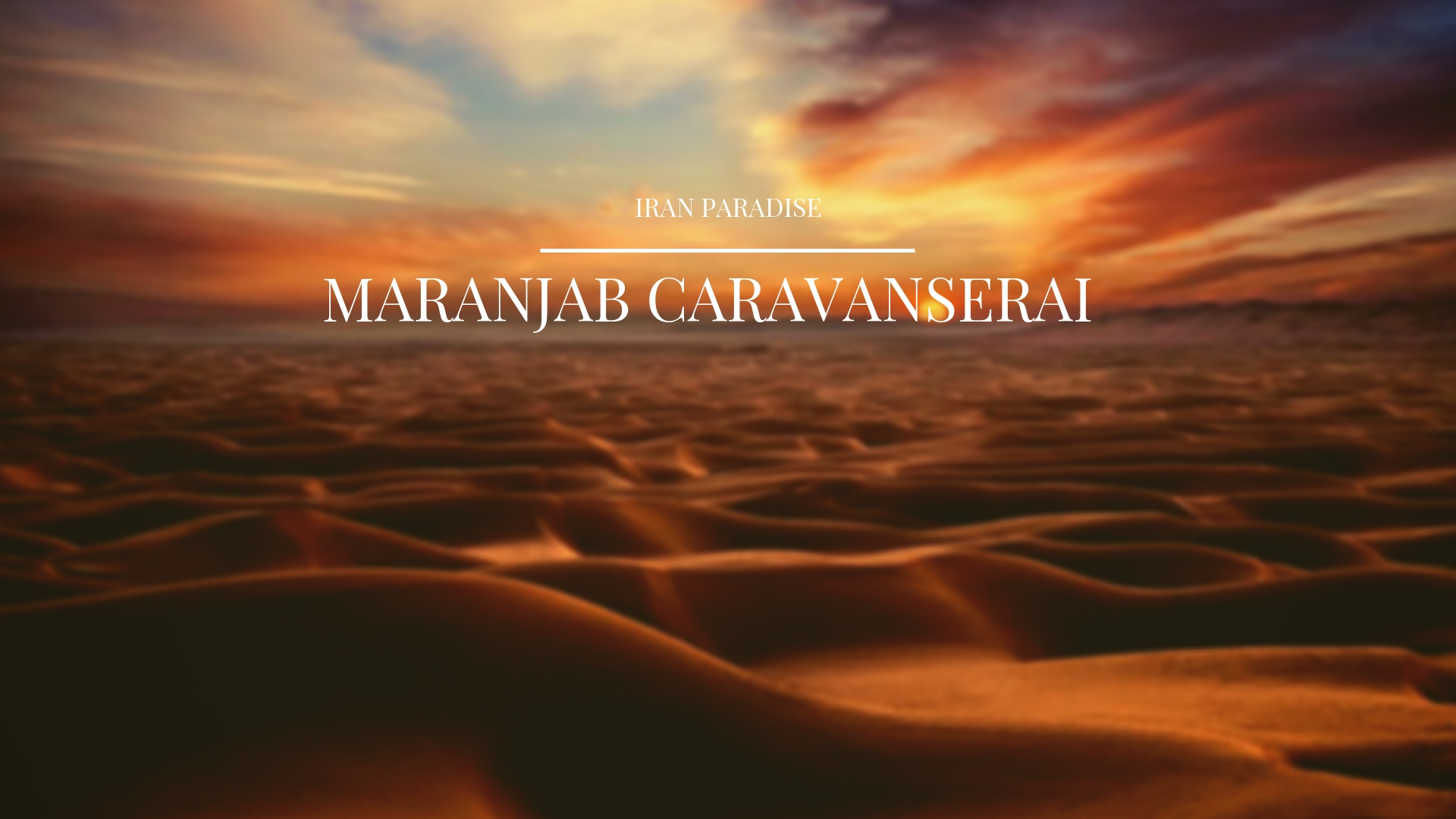 Located close to the ancient city of Kashan, Maranjab Desert is one of the most beautiful deserts in Iran, whose golden sand dunes are truly mesmerizing. It is located in the north of Aran and Bidgol city in Isfahan province. Deserts in Iran are fascinating not just because of their unforgettable scenery, but also because of their long, ancient, and enchanting history. We recommend a tour of the Maranjab Desert to all European tourists who have never been to a desert before. There is a very interesting historic site in the middle of this desert.
When it comes to taking desert tours in Iran, the distance of the trip is very important. Obviously, desert tours are far from luxury tours; there is the scorching sun, the bumpy road, and the wind that feels like a hairdryer blowing constantly in your face. Unlike the other famous deserts in Iran, Maranjab desert is not located very far from major oasis cities in the center of the country. From the city of Aran and Bidgol which is itself very close to Kashan, it’ll take you only one hour to get to the Maranjab Desert. Because of water and food abundant, food cover is very rich in Maranjab desert. Among the animals: wolf, jackal, hyena, fox sand, sand cat, lizard, chameleon, a variety of lizards, snakes, scorpions, dull-yellow partridge, eagle, hawk are noted. In recent years a pair of cheetahs had been seen in Maranjab. According to local residents, there are now 21 Cheetahs in this area. 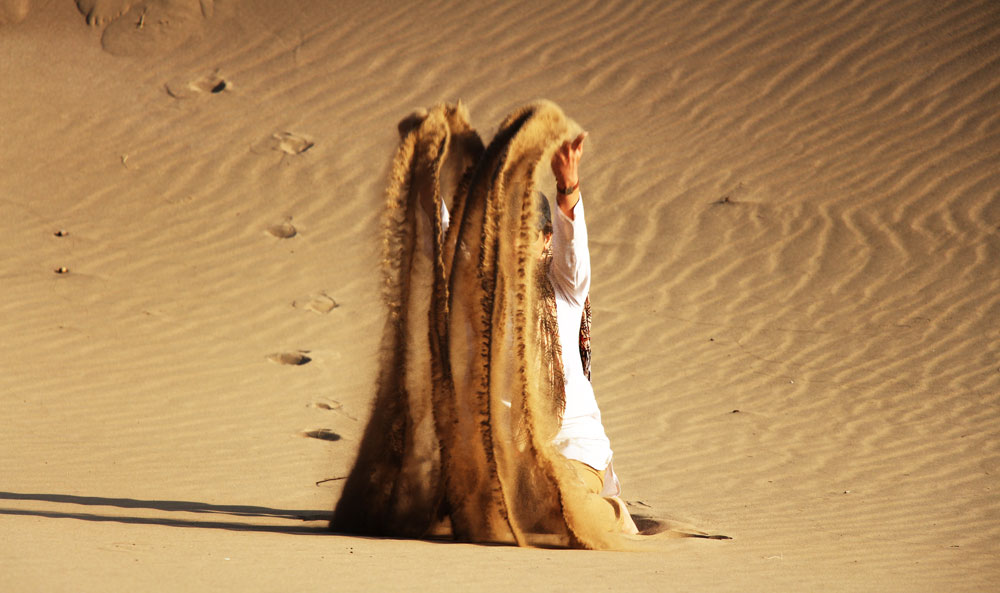 Most of the vegetation consists of Halophyte plants such as Tamarix trees, Haloxylon trees, and Zygophyllum bushes. Shah Abbas chose the name of this desert. It was the way of the Silk Road between Europe and China in traffic. Maranjab is taken from Ramesh name of the inn and canals that fresh water leak from them. Being a vast empire, ancient Persia was not easy to cross. And so, there were convenient accommodation facilities on most of the major roads to accommodate the weary travelers. These accommodation facilities were called caravanserais and Maranjab Caravanserai built in the 16th century was one of the important ones. It was important because it was located on the ancient Silk Road through which the empire’s commerce prospered. In the top of the Caravansarai is observed in the shape of Bunkers scout and mention that 500 armed guards were always in the castle and were the safe passage of goods from China to Europe and vice versa in the region. 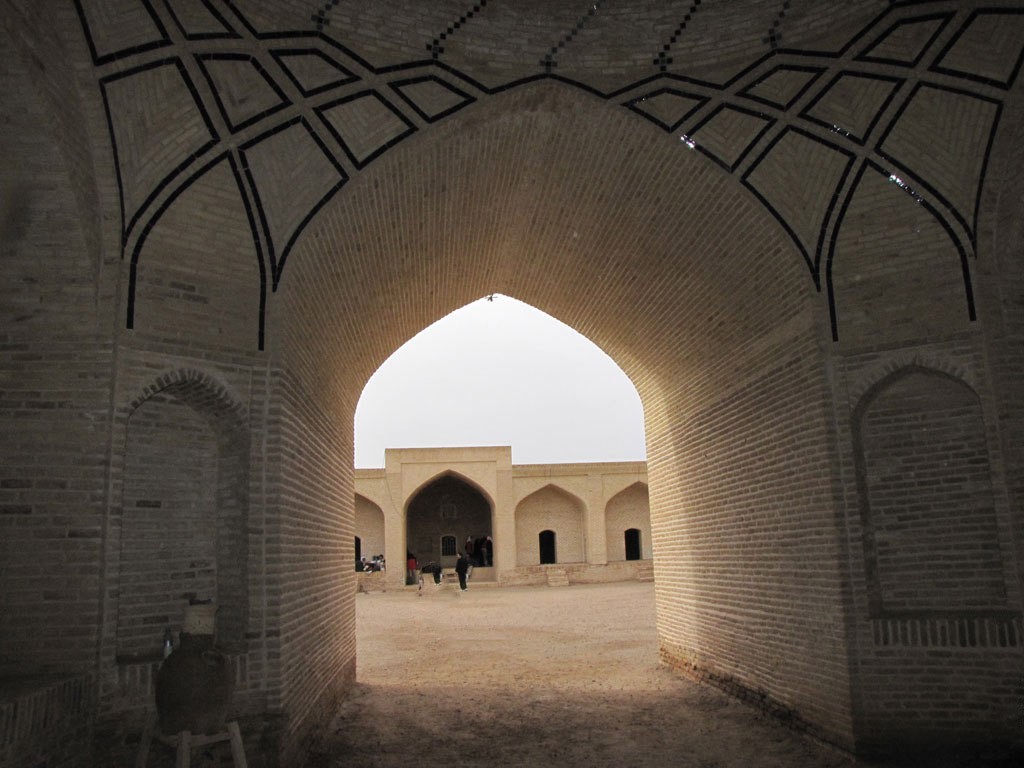 Having been renovated in recent years, Maranjab Desert’s Caravanserai is still used as an accommodation facility.
Maranjab desert is one of the most beautiful parts of the Iranian deserts. High dunes and forests arch are the attractions of this region. The average height of this desert from free ocean level is about 850 meters and the highest point of the island is about 880 meters above the free ocean level, and it is necessary to say security, relative moderation, variety of tourism attractions, the diversity of animal species and vegetation in desert areas make a good place for tourism in this area and motivated many tourists to the area.
Aran va Bidgol Salt Lake, and Wanderer Island are other spectacular parts of the desert. When you watch the island from far away, the two ends of it disappear in the horizon and the landscape looks like a ship adrift in the ocean desert, that’s why it’s called Wanderer Island. The island, only one or two months of the year due to rainfall in the region are visible and the rest during the year converts to salt marsh. Dastkan historical wells are in the East of the Desert, and it was the place that the camels of Caravans had been drinking.

Mid-Autumn and late November are the best times due to dryness of the path, mild weather and the lack of insects.
First course: The way of Aran and Bidgol city to the army barracks and then Maranjab dirt road that after pass about 45 km distance you will reach to Maranjab

The second path: It is the way of Desert National Park the Rector started and then Mobarkyh (15 c. AD) – Bahram Palace (60th c. AD) – Inn whiting (80th c. AD) – and then Maranjab (50th c. AD). It is worth noting traffic on this road until whiting requires a permit from the Environmental Protection Agency Semnan province.
The third path: The way to the Aran and Bidgol to Abozeyd’abad is then Inn whiting and Maranjab.
Due to the military base that is located in this region, its better a leader accompanies you.
Run Bare Foot and sit down to feel the pure Sand Dunes beneath your feet. The sand dunes and the sunset at the Salt Lake are out of this world! You will have plenty of time to walk up and down the interminable sand dunes and If requested we can hire camels to further enrich the experience of the desert. A little before sunset.
Do stay till evening to look at the stars. You have never seen so many stars in my lifetime. It’s the best time for taking photos. 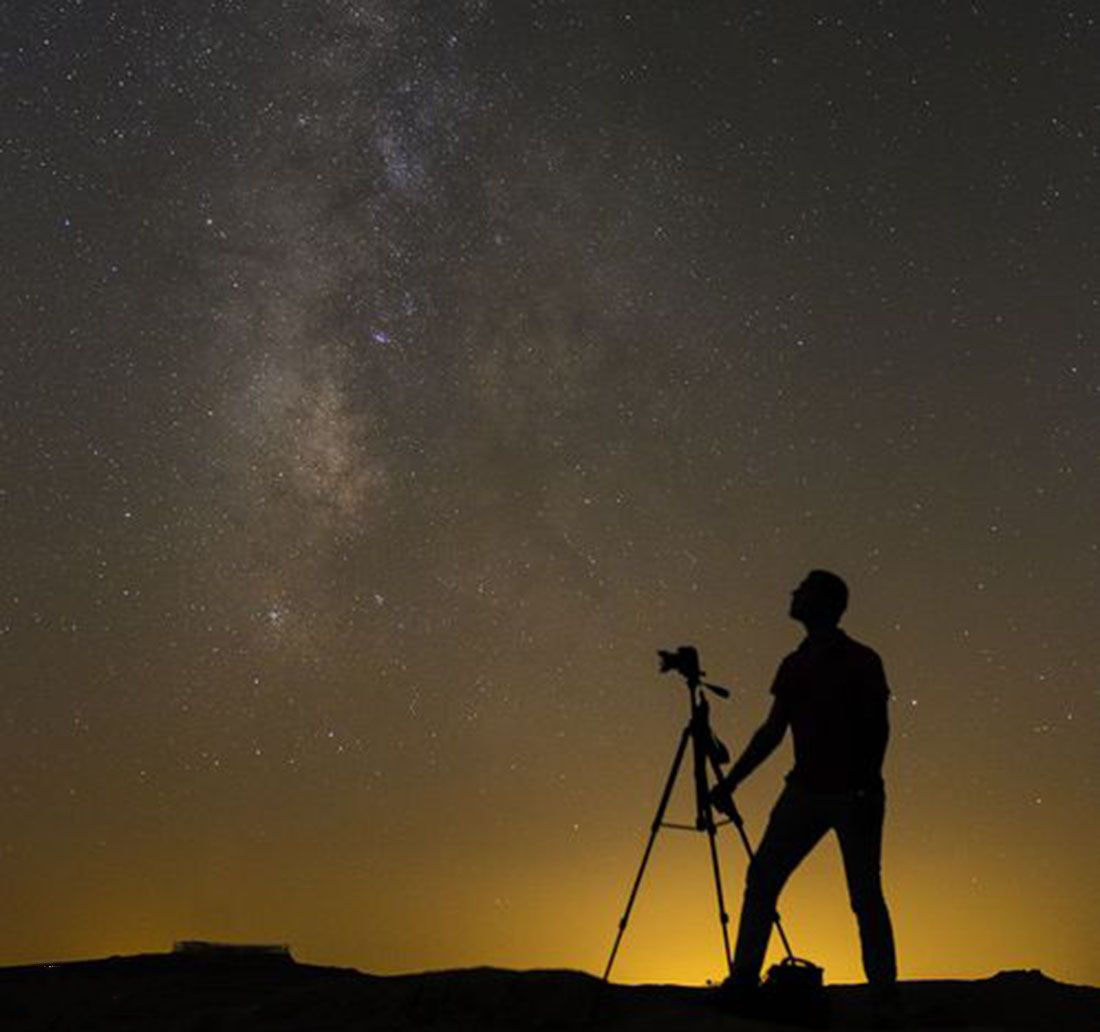 As the night draws in and darkness sets, trillions of stars emerge. We sit under the star-spangled dome of the desert night around the fire. Drinking hot fire tea and listen to the music played by the local leaderboard group can be options. Then we stash some potatoes under the fire and wait as the fire crackles them roasted.