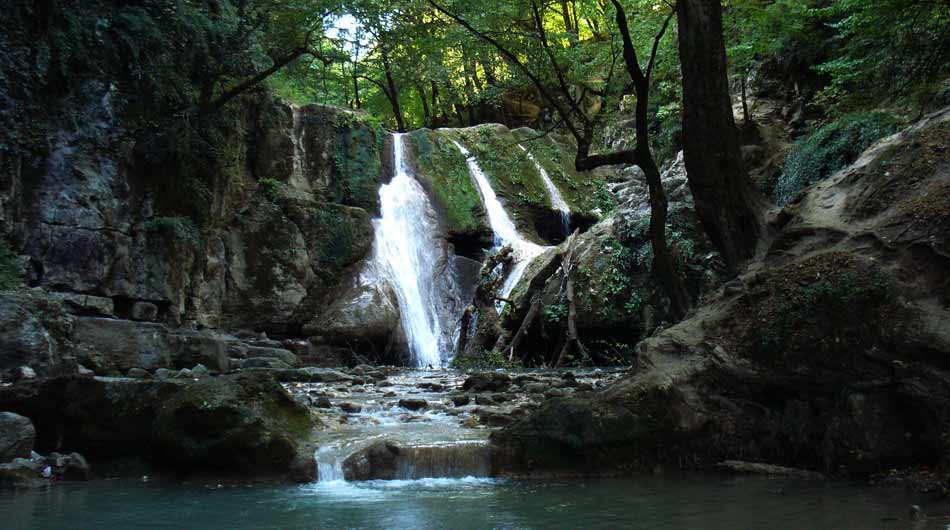 Although the waterfalls in Iran are not comparable to the world’s waterfalls in terms of height, apart from their height, other properties such as waterfall width, output water volume, being plunge or cascade as well as environmental factors such as regional climate and natural sights surrounding the waterfall and local beliefs might be influential in their popularity. No accurate studies have been carried out on the height of important waterfalls in Iran. However, according to nature experts’ experiences and scholars’ ideas, Laton Waterfall in Astara can be considered the highest waterfall in Iran with a height of 105 meters. 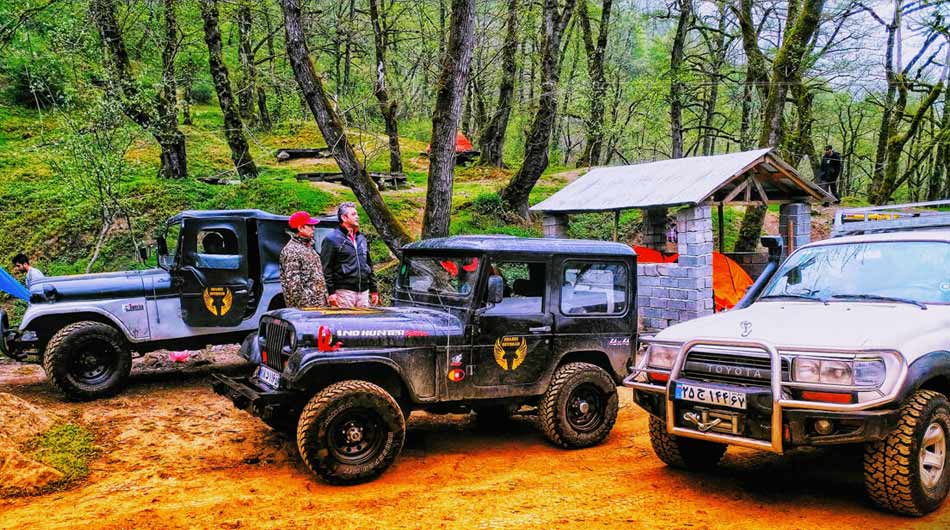 If you are a fan of long walks in the woods, and you want to experience everything in nature, come with us to the Laton Waterfall in Gilan. We want to show you one of Iran’s natural masterpieces and show you pictures of it. The special feature of this attraction is that it is known as the tallest waterfall in Iran, and of course, the beauty of the path to Laton Waterfall is also one of its attractions. 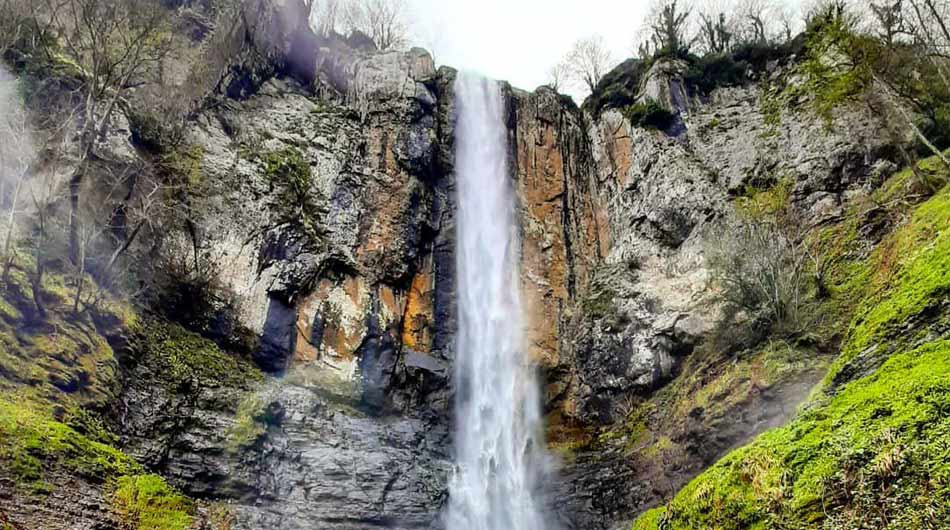 Laton Waterfall is located in Astara County, Lavandevil City and Kuteh Kumeh Village with longitude and latitude of 38o and 19’ N and 48o and 43’ E. This waterfall with a height of about 105 meters has two high steps from where water is released up to the point where water flows on. The water volume is different in different months of the year but it flows permanently in all seasons. 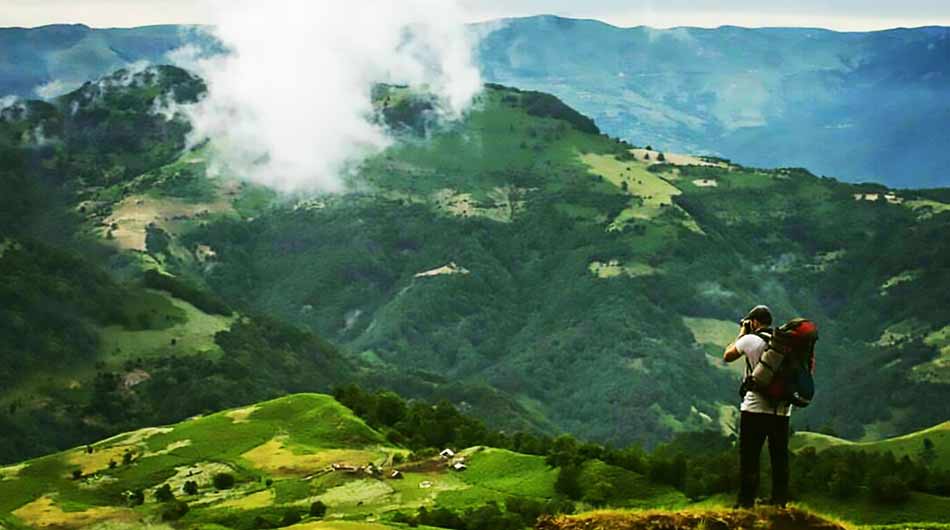 Getting to Laton Waterfall is a trip in and of itself because the trail is also spectacular. It is also an attractive option for camping. To get there we need to go through Astara and get to Lavandevil and Kuteh Kumeh Village, but that’s not all. To reach this beautiful waterfall, we have a beautiful path ahead of us; it’s about 4 hours of walking in the woods and passing through the hills, which should take place alongside people who know the terrain, but it is undoubtedly worth the effort. On the outskirts of the road, the Lavandevil River flows and leads us to the pastures. We deal with fatigue and thirst by drinking a sip of spring water and a short rest in the middle of the way. After passing through all the beauty, with a 750-meter-high elevation, Laton Waterfall reveals itself to us. There is still 500 meters to go, but the beauty and splendor of the waterfall rejuvenate us.

When you think about the destination, the trip becomes easy and pleasant for you, though hard it may be. Of course, you can hitchhike and skip the trail or a part of it with a pickup from the locals. It is approximately six kilometers from the route of tumbling Laton waterfall to the nearest village namely Kuteh Kumeh. Several hot water springs can be seen in this route. After passing a difficult and precipice route the Laton waterfall finally appears in distance. The forest cover in the surrounding fields of Lahton Waterfall is extremely diverse. There are different species of trees such as plums, quince, pears, hazelnut, walnut, common medlar and wild apple.

Among the interesting animal diversity in this region one can refer to the wolf, hog and hedgehog. One interesting point about Laton waterfall is that its appearance varies based on the season because its water level changes continuously due to the climatic conditions in each season. It caused people to know this wonderful waterfall as a Four Season waterfall in the northwest of Iran.