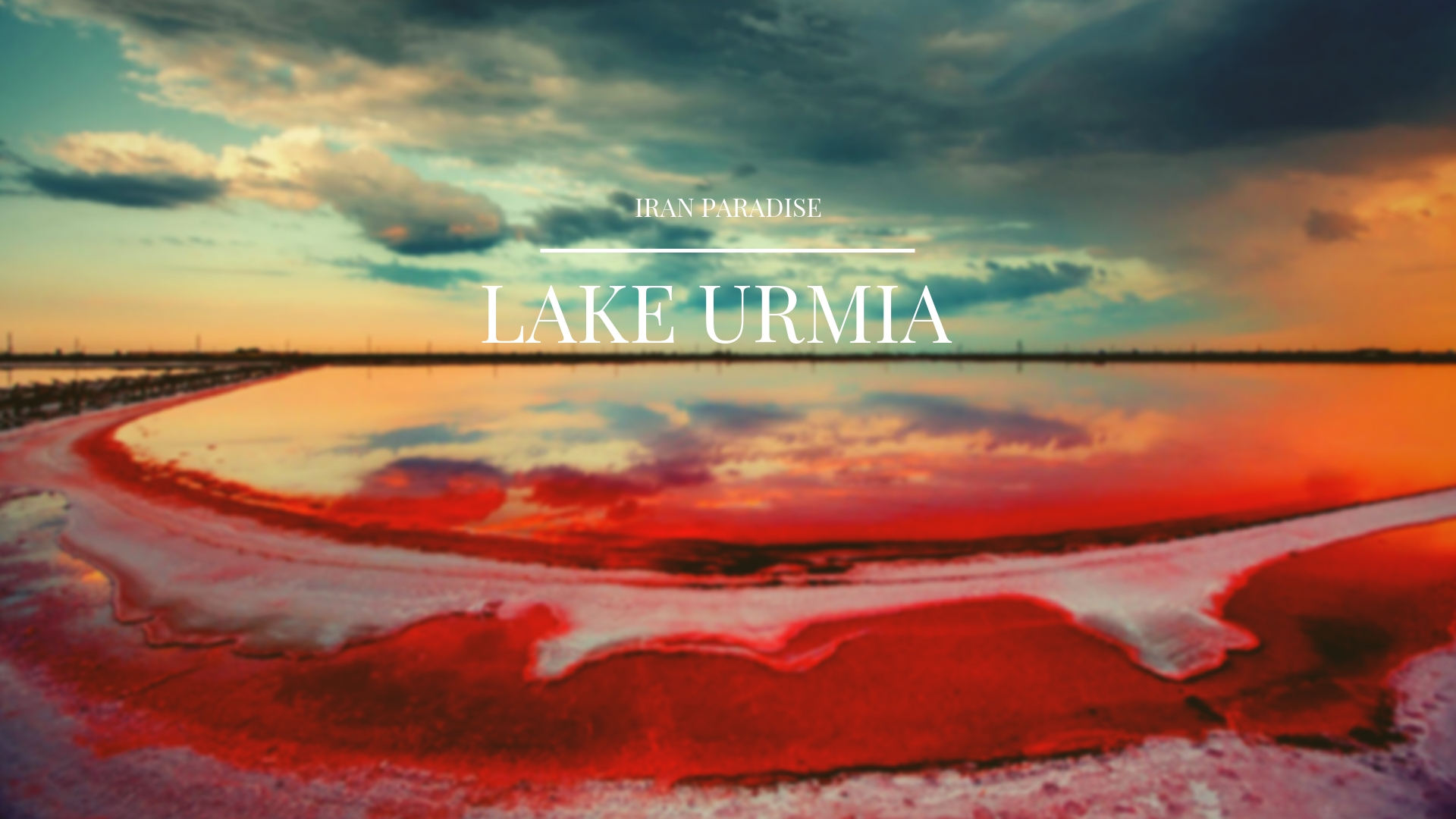 In the northwest of Iran, there is a lake called Lake Urmia, which is located between two provinces of West Azarbaijan and East Azarbaijan Province at a height of 1267 meters above the free water level. In the summer of 2015, the size of the lake was about six thousand square kilometers, and for this reason, Lake Urmia was the 25th largest lake in the world in terms of space.
The lake is also known as the largest domestic lake in Iran, and it was the second largest lake in the world before the drought had occurred. Lake Urmia is 140 km long and 55 km wide, with a maximum depth of 16 meters.
Currently, the lake is named after the provincial capital city of Urmia, originally an Assyrian name meaning Puddle of water. However, in the early 1930s, it was called Lake Rezaiyeh after Reza Shah Pahlavi. After the Iranian Revolution in the late 1970s, the lake was renamed Urmia. Its Old Persian name was Chichast (meaning, “glittering”–a reference to the glittering mineral particles suspended in the lake water and found along its shores). In medieval times it came to be known as Lake Kabuda (Kabodan), from the word for “azure” in Persian, or kapuyt in Armenian. Its Latin name was Lacus Matianus so it is referred to in some texts as Lake Matianus or Lake Matiene.
Locally, the lake is referred to in Persian as Daryache-ye Orumiye; in Azerbaijani as Urmu gölü, and in Kurdish as Wermy. The traditional Armenian name is Kaputan tsov, literally “blue sea”. 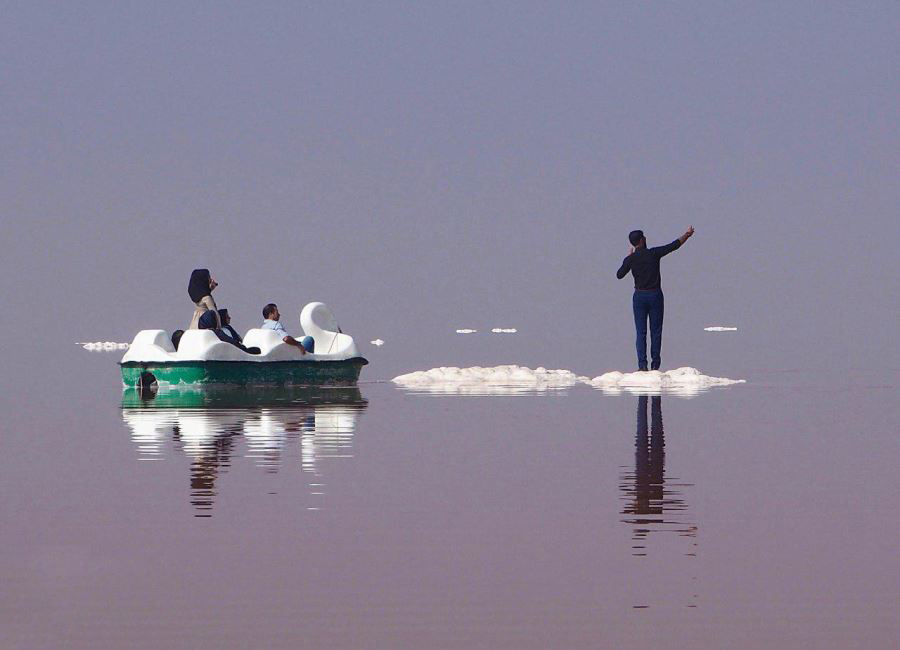 Many of you have seen pictures of Orumiyeh Lake, which is red and orange, and there is no news of the indigo water. This color change occurs due to the activity of microscopic organisms inside the Orumiyeh lake. With the onset of lake water decline and rising salt concentrations, these creatures show a more intense presence, with a dramatic effect on watercolor.
Lake Urmia has 102 small and large islands, each of which has different characteristics, some are relatively large and some have a very little scope. Some of them have certain animals and plants, and others are completely azoic. The smallest of these islands is Osman Fist (Mosht-e Osman), and other important islands are: 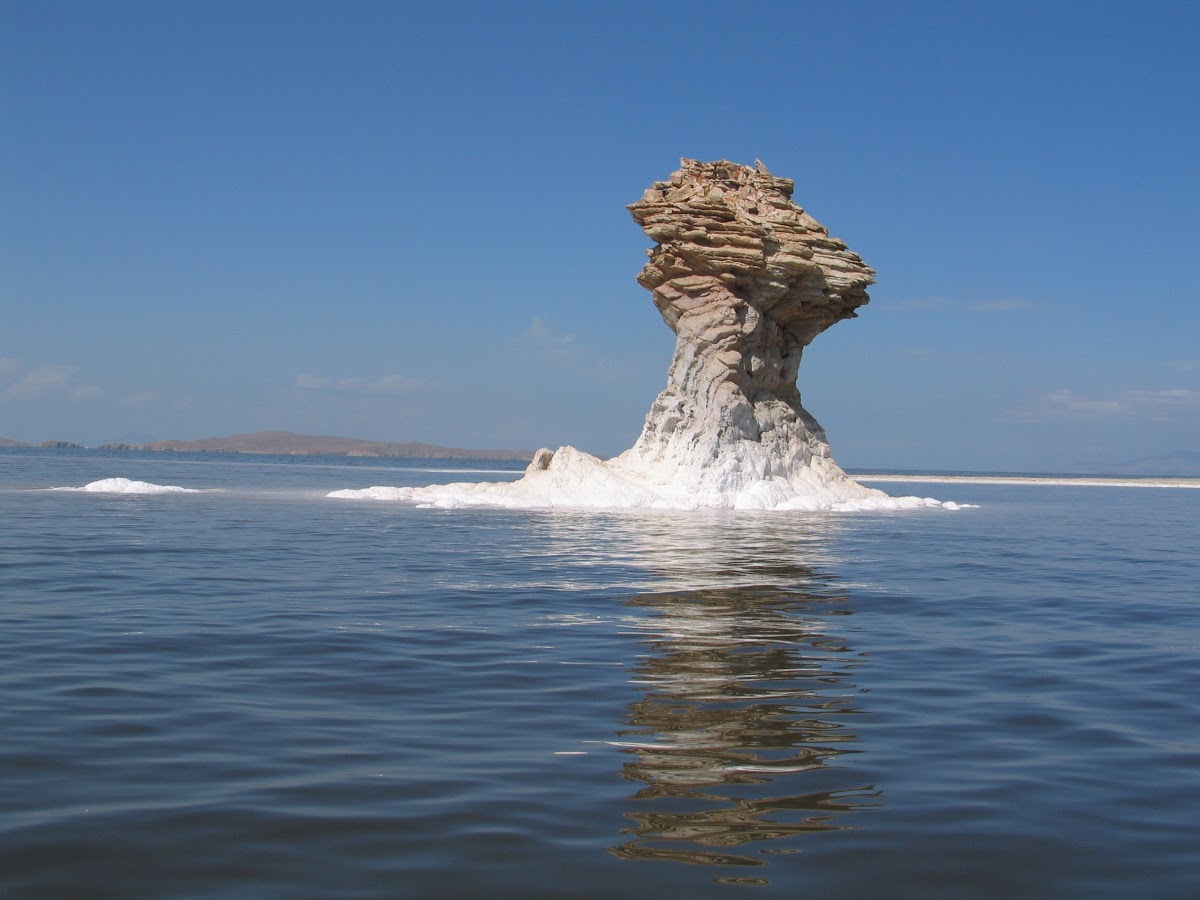 Another unique attraction on Orumiyeh Lake is the salt crystals that sometimes appear in the form of white hills around the lake and give a snowy face to the islands.
With the arrival of the birds’ migration season, the beautiful islands of the lake become the location of the stopping of migratory birds such as Flamingos, Pelican, Spoonbill, Ibis, Stork, Shelduck, Avocet, Stilt, and Laridae, provides the ability to watch some of the rare species of birds.
Riding and watching the islands
In the past, one of the interesting attractions of Lake Urmia, sailing and riding on various islands, but with the drought that arose on the lake, this fun was lost and no one else could enjoy it. But, given the lake dewatering, it’s enough to get the right amount of water to ride the boat and discover this beautiful lake.
The properties of Urmia Lake water make it suitable for the treatment of various rheumatism diseases, skin disorders, metabolic disorders, women’s diseases, and so on. The mud of this lake is black in color and have a boosting effect.
The high concentration of salt in the lake also makes the floating on the water bring it relaxation to the individual. Skin collagen and joint diseases are also treatable with mud and salt. Among other therapeutic properties of Urmia lake salt, treatment of respiratory diseases such as asthma and bronchitis and various sinusitis can also be mentioned.
Urmia Lake water is one of the watersheds of Sodium chloride. Drinking this water reduces bile concentrations and as a result, bile secretion improves better. 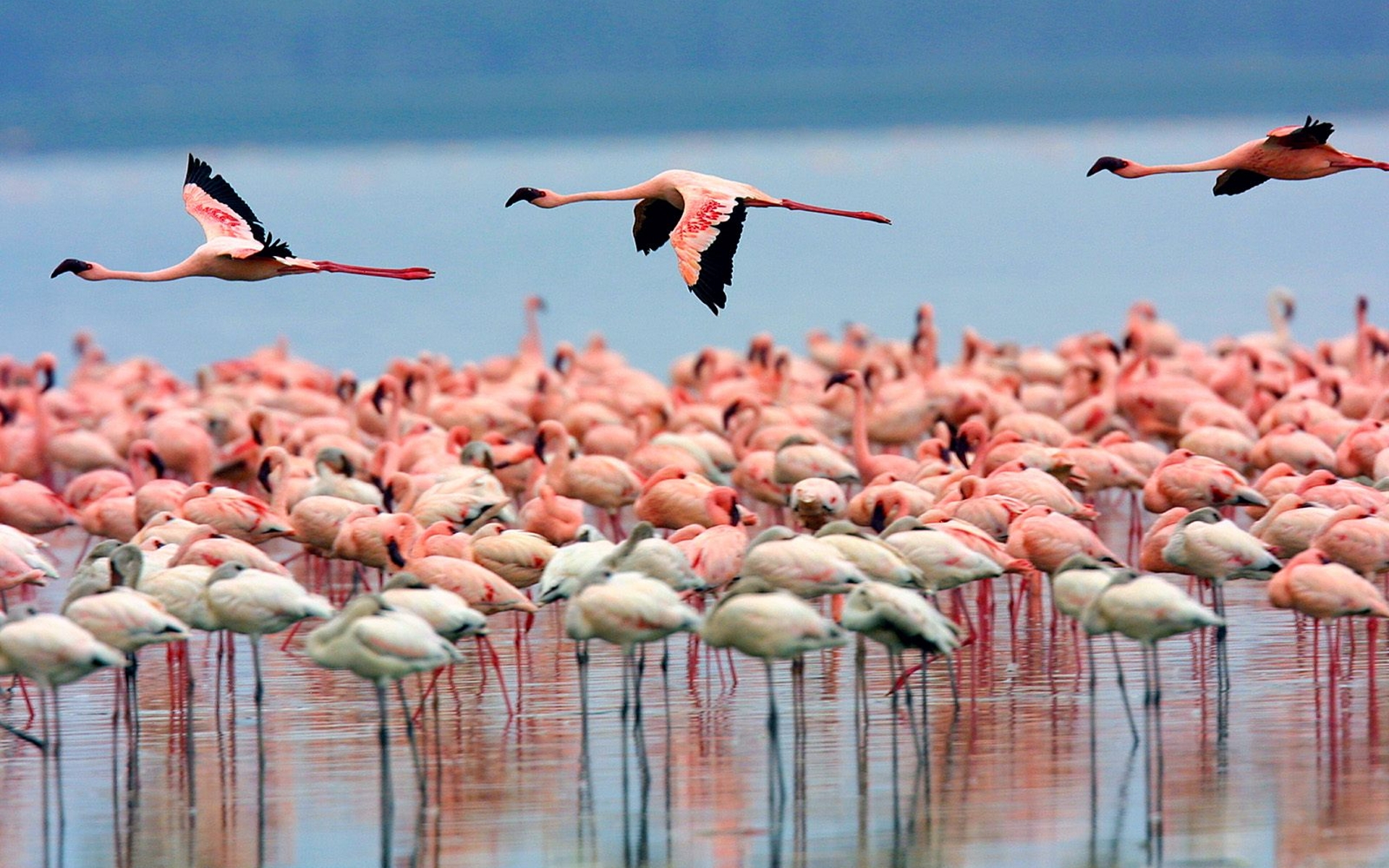 On the west coast of the lake is a region called Kazem Dashi, which was seen as a peninsula, but with the decline of water, the lake became part of the coast and only part of it was in the water. During the growing season of wild anemones, this area becomes its most spectacular figure and the subject of photography for the photographer. Nature wears the most beautiful outfit and fascinates the heart of every visitor.
Due to the unique herbal and animal species, the name of Lake Urmia was registered in the Iranian National Park List in 1979. The size of this national park was estimated to be 46,2600 hectares, and it was registered in the world list around 1354-1365 as a biosphere reserve.
Biosphere reserves are internationally protected natural-biological protected areas that are formed to prevent irreversible changes and unsustainable use of natural resources, while also requiring the exploitation of nature (given the growing population density) and one of the important divisions in Protecting the world has become.
These areas are covered by UNESCO covered by the International Coordinating Council of the Man and the Biosphere Program (MAB), and so far, 553 biosphere reserves have been registered in 107 countries. 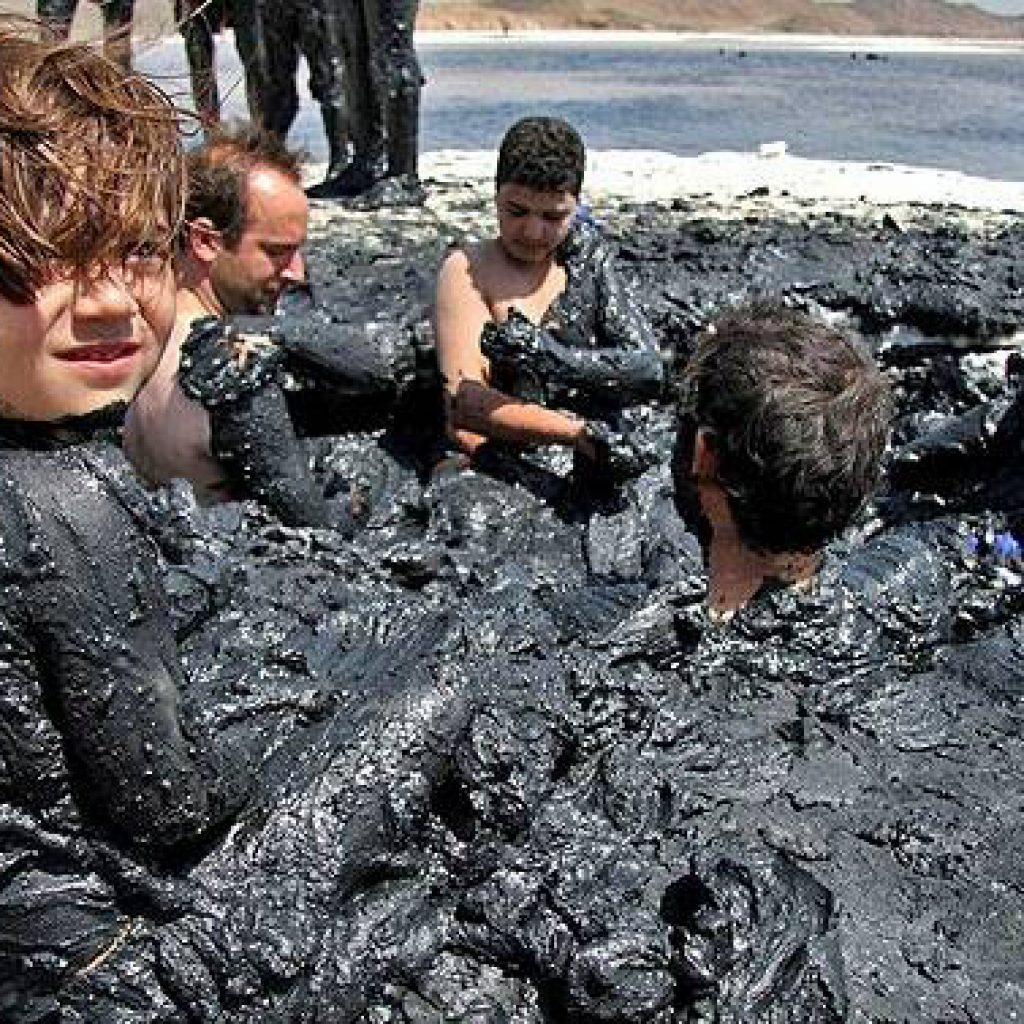