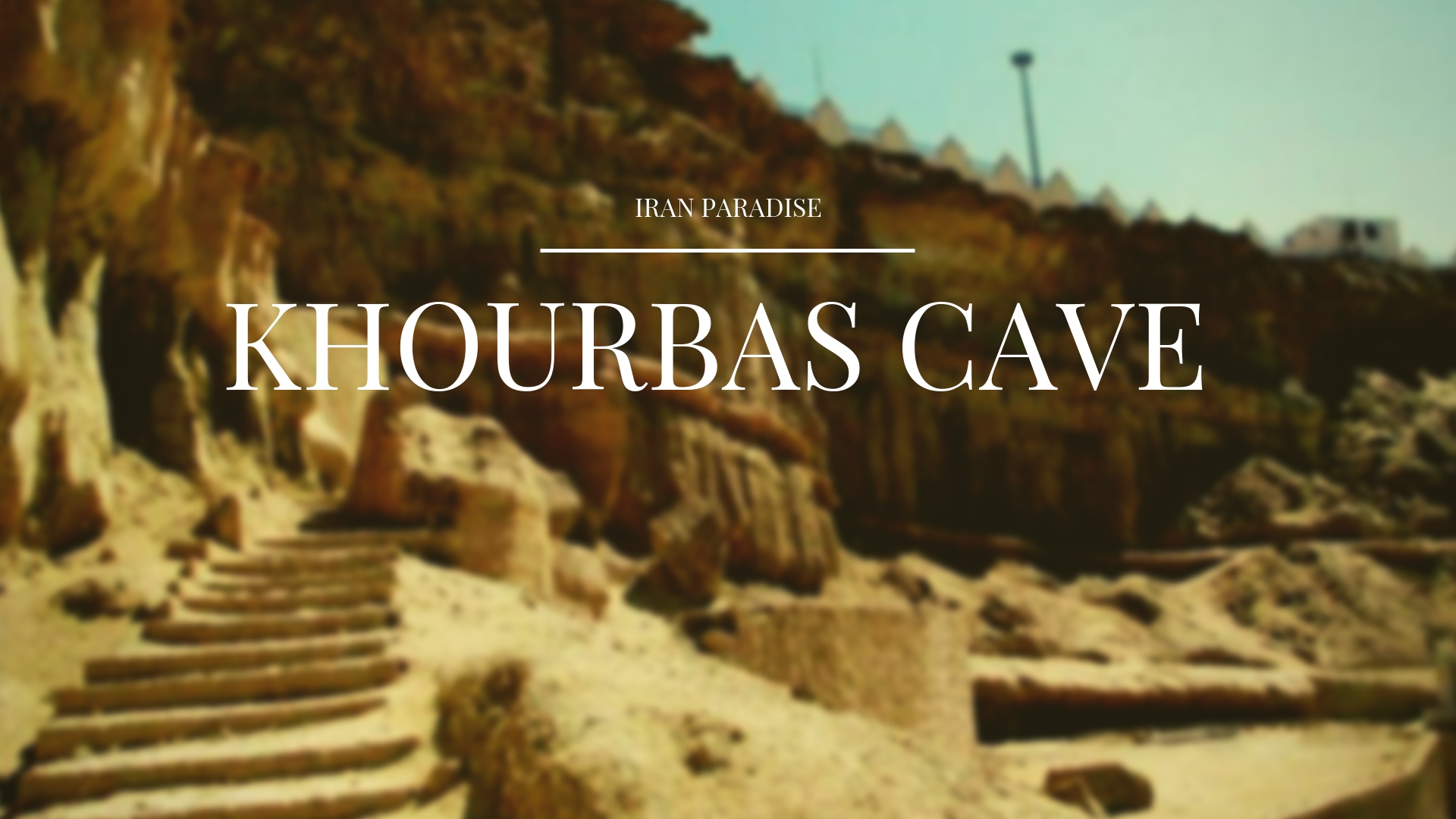 Fifteen kilometers from Qeshm, the mountain range extending from Zagros is seen at a height of 20-30 meters from the Earth’s cavernous openings, is Khourbas Cave which have a spectacular rocky architecture in their hearts.
These caves are located across the sea and the Miankase plain, and is a kind of sea cave created by evacuation of sands and vortices from the cavity of rocks. Khourbas are from ancient geological phenomena that have come out of the water along with the island and other mountains.
In the pre-Islamic periods, the extent of the interior of the cave increased and became a sanctuary. The exterior of the cave is its original appearance, and there is also a series of corridors, halls, and rooms, springs and various openings to the north and south. 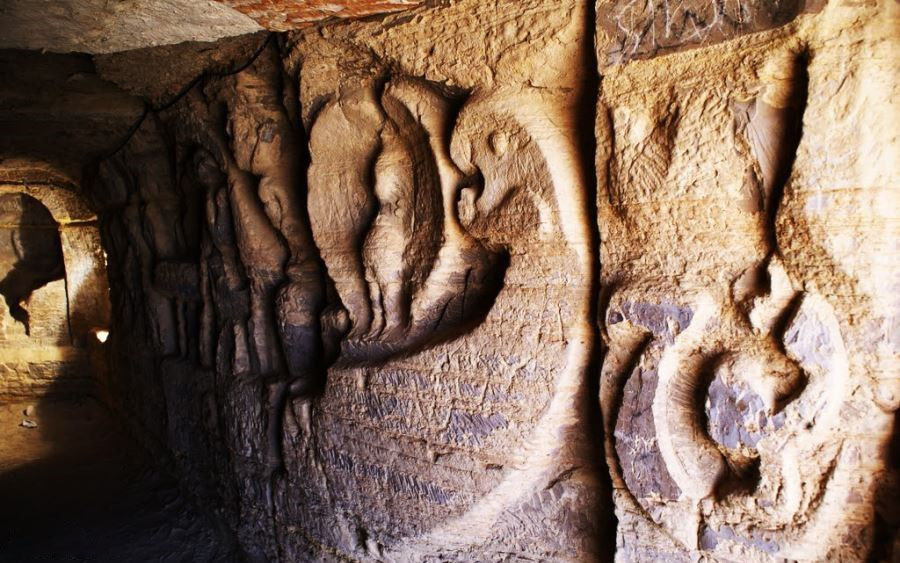 These handmade caves are a collection of about 20 square meters of rooms with narrow corridors, and in a central square with a total area of 25 square meters, which is located in the community and has two small shelves where are locations for placement of lights.
At the mouth of these caves, there is a breakthrough for storing rainwater, which is most of the rainy days.
From the inner structure of the cave, one can find that people from ancient times lived on this island and in each period created a change in the building according to the conditions of the time in it.

The strange architecture of these caves and its location indicates that here at the time of the Medes, the holy place was a memorial and a place to praise the goddess, Mitra. Some also believe that it was local to hold the bones of the dead in Zoroastrianism (Ossuary). But it is mostly believed to be a place for refuge for children and women and elderly plains of Khourbas during a pirate raid. 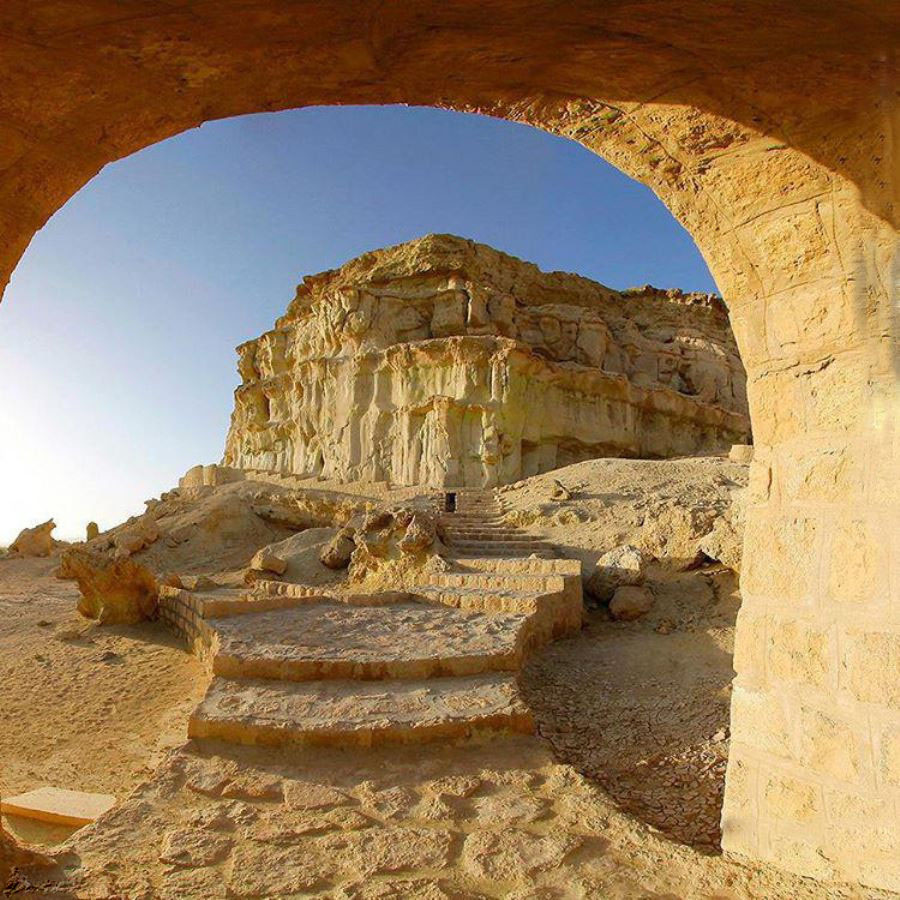 The people of Khourbas were forced to dig their holes in the rocks, and they provided and conceal their means of short life and self-defense to protect themselves against the enemy if they needed it.
Plain Khourbas up to Sassanid period was a thriving plain and there were signs of residence in the Parthian and Sassanian periods.

The artists and stone-cutters of the present day have cobbled new corridors to the right of the cave, and on their walls, they carved roles inspired by the arts and the life of ancient times and sympathetic symbols that give a new and beautiful appearance to this historic and natural place.
A pair of fish eagles (of the rare and best-known species of the world’s eagles) nest and live over the mouth of the cave, and today, neighbors are this national monument. 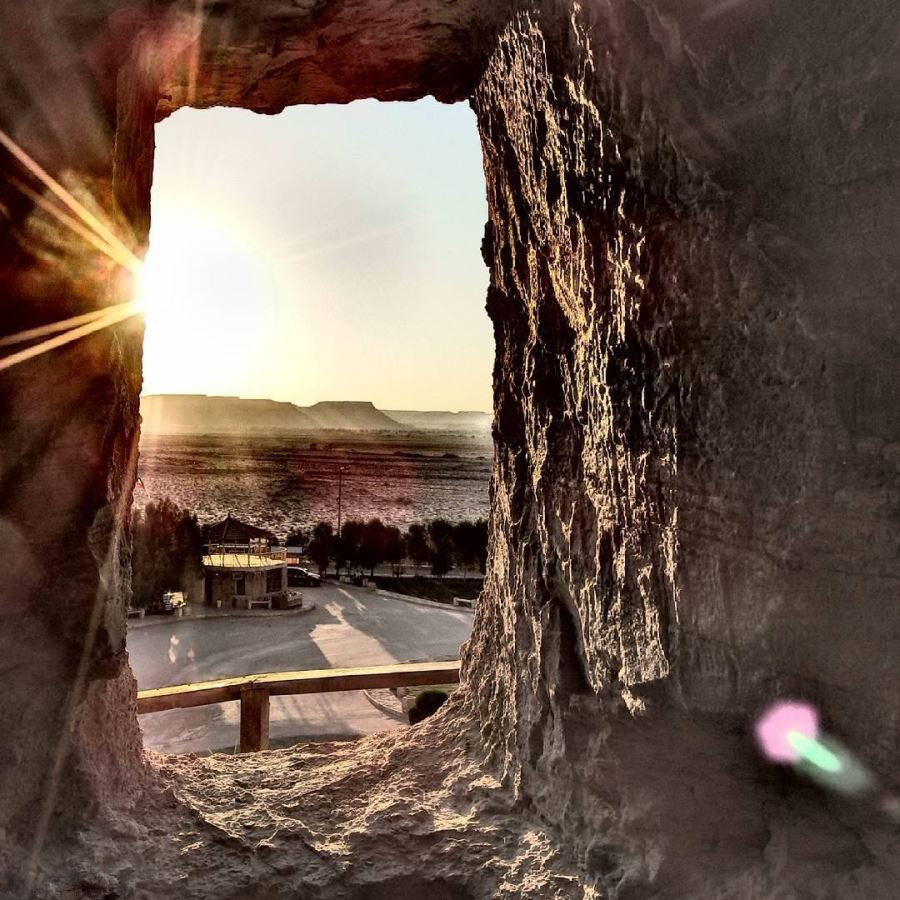 Rhinophyma, which usually lives in dark angles and below the cavities, and is very productive. The generation of this kind of bat is being to extinct, but fortunately, they are now well protected and continue to live in Khourbas Cave.
This spectacular cave is located fifteen kilometers from Qeshm on the right side of the road and welcomes tourists every day. And certainly for the tourists and travelers of the island will be one of the most memorable and interesting places.