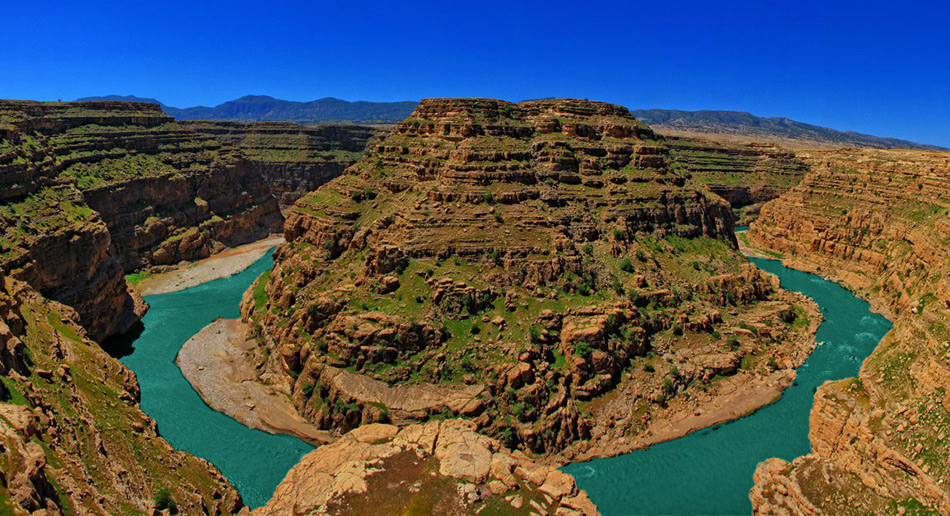 Dare is the Persian equivalent of Valley in English. Dare Khazine is one of the hidden gems of the Lorestan Province. Dare Khazine with its breathtaking scenery will make you feel great. When you stand on the edge of this valley, you will be fascinated by the spectacular panoramic view of the valley. 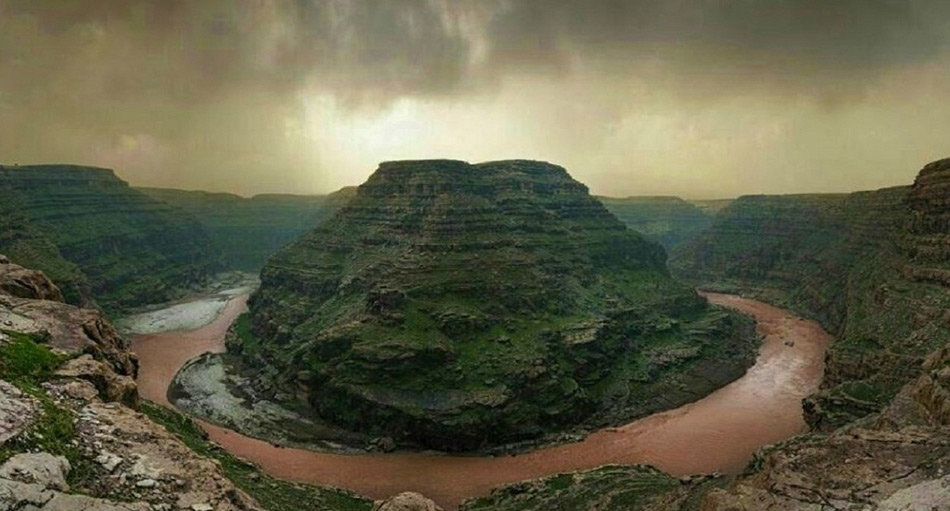 About the Grand Canyon of America, a lot of things have been said or written.But about his brother in Iran “Khazine Valley,” there is very little content. The Khazine Valley is a unique natural attraction, located in the middle of the road to the town of Andomyshk- Khoozestan and next to a village by the same name.

Undoubtedly, Lorestan Province is one of the most beautiful regions in Iran that attracts the eyes of every visitor with its stunning sceneries and virgin landscapes such as waterfalls, rivers, and mountainous areas. But among all this landscape, Dare Khazine is the pick of the bunch. 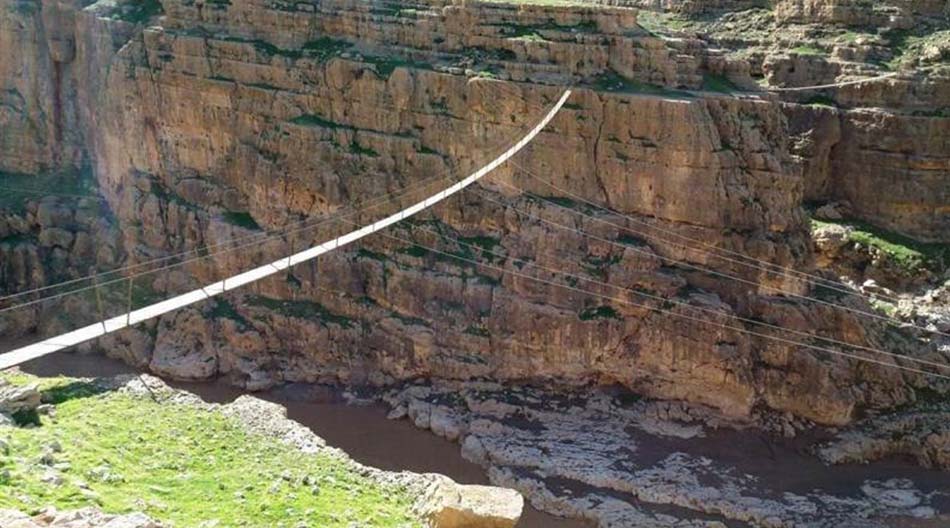 Despite the high potential that the province has in attracting tourists, it has not succeeded in attracting tourists to its real status due to low advertising. Existence of region is dating back to 40 thousand years ago, so it is natural that state has its own attractive sites, but we do not want to talk about its historic attractions but we are introducing one of its natural wonders, which is called as the Valley of Khazine Poldokhtar, located in the city of Poldokhtar, and is famous for its incredible nature. 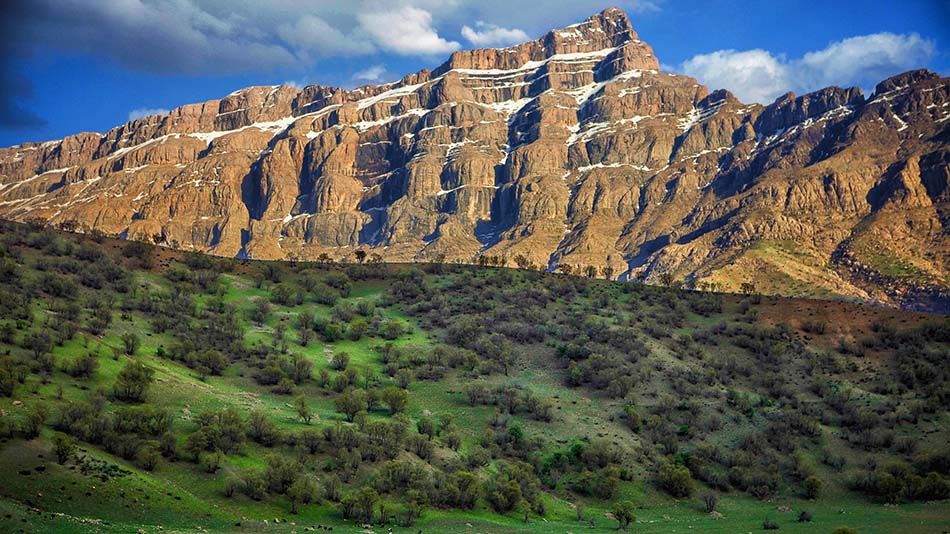 This valley is caused by years of erosion, resulting in a beautiful and eye-catching valley that is very similar to the Grand Canyon of the United States. Of course, the length of this valley is much more than the Dare Khazine. 446 km length and its width reach 29 km at some points. In addition to the natural shape of the rocks and the stepped-shape of the valley, the passage of the Karkheh River through the valley has created a magnificent view in this region. 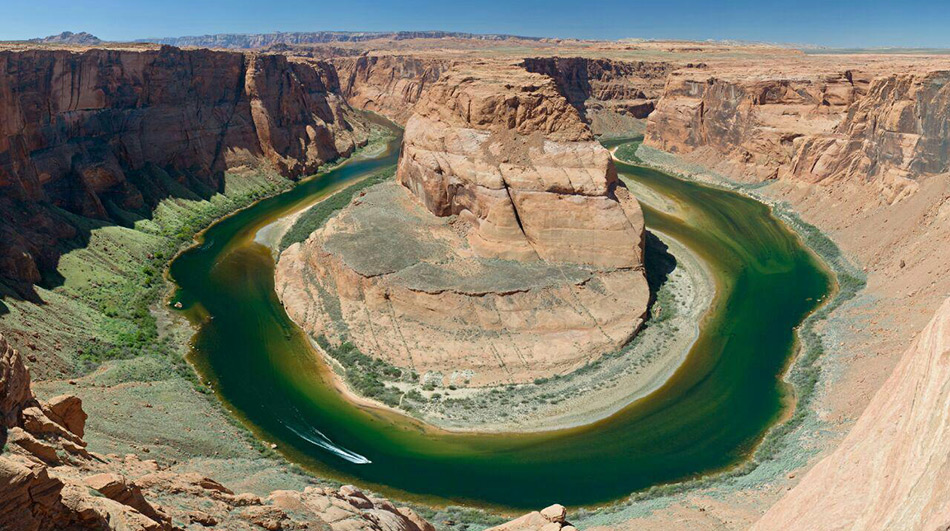 The valley has a suspended bridge known as the tallest bridge in Iran, as well as the Middle East.
This valley has many similarities to the American Grand Canyons. This bridge with a height of 85 meters, a length of 112 meters and a span of 80 meters, which was built over the Karkheh River, was the highest suspension bridge in the country, even though in the Middle East.

One side of this bridge is located in the Lorestan Province and the other side of it is located in the Ilam Province, which connects two sides of the valley together. Currently, the Meshginshahr suspension bridge with a height of 80 meters in Ardabil Province, is ranked as the highest suspended bridge in the country.

Another exciting thing to do when visiting this eye-catching area is climbing, due to the high altitude and elevation caused by erosion in the cliffs of this region, there is an excellent opportunity for climbing one of the most beautiful natural sites of Iran.

As we have mentioned above, this valley became famous because of its great similarity to the Grand Canyon of United States. This similarity has grown to a point in such a way that you can`t distinguish between two valleys in the photos. This is what has attracted everyone’s attention. One part of the Khazine Poldokhtar valley is known as, horseshoe bolt and rock is located in the middle of the area and is surrounded by water.