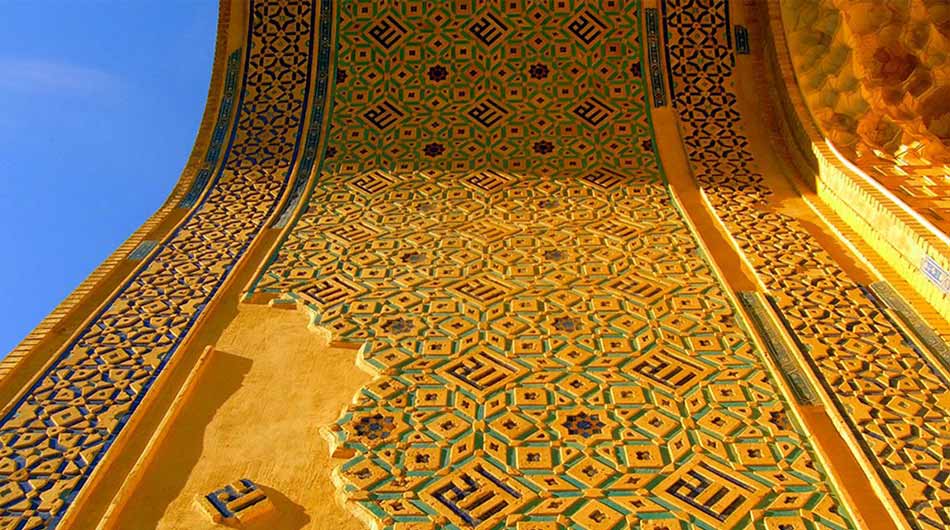 Ghiasieh School of Khargard, located 5 km from Khaf, Khorasan Razavi province, is the most undamaged edifice dating back to Teimurid Dynasty. It is located in the village of Khargard (Kharguerd village) near Khaaf in Khorasan Razavi Province. In the local dialect, the name of the village means a big city where the scholars gather together, indicating that this has always been a center of science and knowledge in the region, thus known as a big city intellectually.

Khaaf is one of the towns located east of Khorasan Razavi province and its natural landscape consists of mountains and plains. The Khaaf Plain is subject to the 120 day Sistan winds. The history of Khaaf mingles with that of Torbat Heydarieh and historical monuments exist from the 7th century AH. 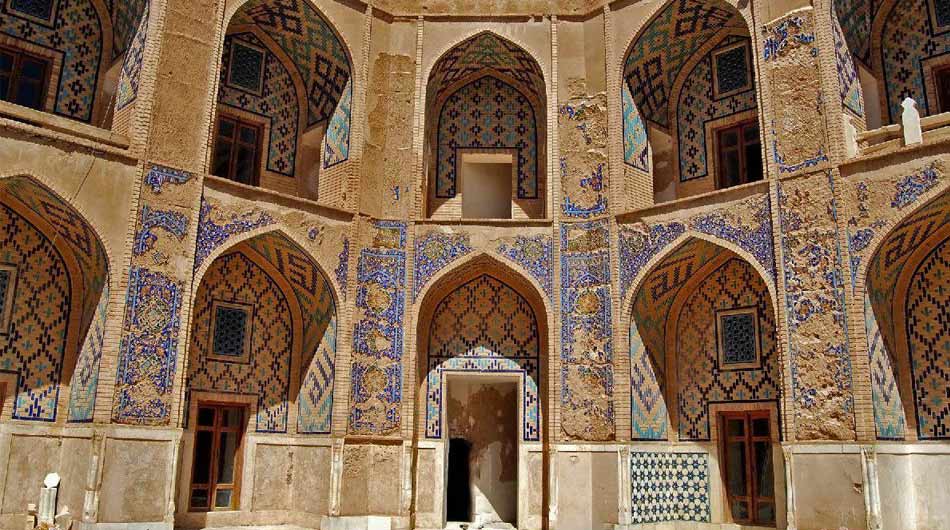 According to the report released by Public Relations Office of Iran’s Cultural Heritage, Handicrafts and Tourism Organization (ICHHTO), the school is one of the most beautiful ones in the country. The founder of this school was Khajeh Qiasodin Pir Ahmad Khaafi, the minister of Sultan Shahrokh Bahador Teimoori. Bernard O’Kane, the professor of Islamic arts and architecture at the American University in Cairo, said on the sidelines of his visit to the school that each one of the historical heritage of the city is a masterpiece of Islamic architecture, IRNA reported. 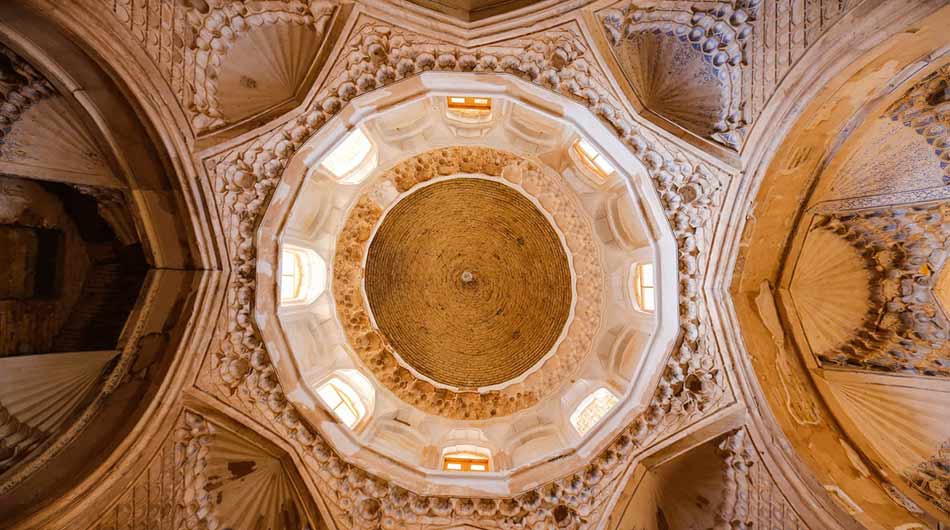 He noted that the edifices were decorated by contemporary artworks, including tile and plaster works. O’Kane, who visited the city 35 years ago, said that the historical buildings of Khargard have been renovated significantly and this has pleased him.

The architects of this structure were Ostad Qavamedin and Qiasedin Shirazi. This square building consists of four terraces, the entrances of which are 4.5m in width and 11m high. This is a double storey building with 32 rooms, decorated with stone, marble and tiles. About the importance of the school, it will suffice to say that renowned researchers, such as Hertzfeld, Sykes, and Bernark Okin, and Grabar have researched it and taken note of its inscriptions. The school was registered as a national heritage of Iran under no 126 on 5 January 1931.

During your stay in the city, you can also visit various historical heritages, including Grand Mosque of Sangan, Gonbad Mosque, Ghiasieh School, Nashtifan Watermills and Grand Mosque of Khaf. Ghiasieh Mosque and Malek Zozan Mosque is also located in Khargard Village. This mosque is located in the plains of Zozan (Khaaf) and dates to the early 7th century AH. The remains of this mosque are two walls, an archway and a few pillars. On its inscriptions even the dates of the year 615-617 AH can be observed. This mosque can be considered as a specimen of interest as far as the Kufi script is concerned.

Nashtifan mills also located in Khorasan Razavi, Khaf district, Nashtefan village.Khaf spray windmills from the largest collections of clay, mud, and wood from the Safavid period, and the largest and oldest collection of mills in the world.The durability of these windmills depends on 120 days winds of Sistan & Baloochestan province.One of the most significant and impressive cultural buildings in the Nishtefan area are the windmills.The collection of Nashtefan mills is a historical and technological monument left over more than a thousand years ago in Iran.These historic monuments as one of the tourist attractions of Khorasan Razavi host annually hundreds of foreign tourists and thousands of domestic tourists.